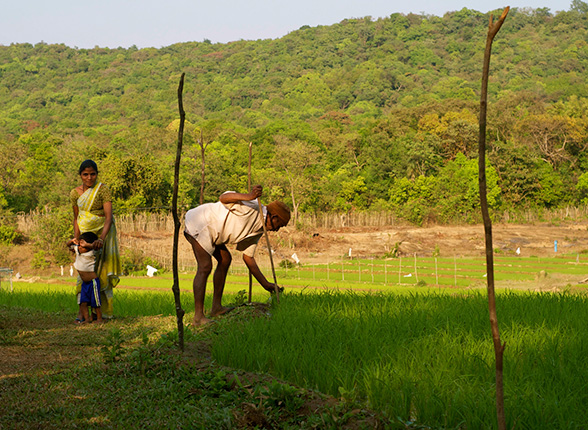 During a conservation outreach road trip with a few friends, I was on a mission to find pretty and endemic snake species of the Western Ghats like the Hump-nosed Pit Viper, Ornate Flying Snake etc. Kuveshi was one of the destinations we visited. It is 12 km from Castle Rock and 64 km from the famous Dudhsagar Falls and is surrounded by Dandeli Tiger Reserve protected area. As such, from time to time, gaurs, sambars, spotted deer, mouse deer and leopards can be seen in the village. It is a haven for botanists and wildlife enthusiasts as the Flora and Fauna of this place is pristine.

I am a city dweller and belong to a place where all my necessities are a simple phone-call or a click of a button away. Kuveshi took my traditional beliefs on a roller-coaster ride and restructured them for good. Kuveshi comprises 29 closely knit families – 29 houses spread over a small area. Farming is the chief occupation here, paddy being the major crop. The area witnesses heavy rainfall during the monsoon season, which explains the dense rainforest that shelters the village. Every family has its own livestock and two men volunteer each day to graze the livestock twice a day. Every household has a dog, primarily to chase monkeys. However, they ensure that the dogs sleep in the house at night so as not to fall prey to the leopards that frequent the village. One of the villagers nonchalantly told us that from time to time leopards pick up their cattle, but they have learnt to live with it. The sense of community is very strong and evident in the village. 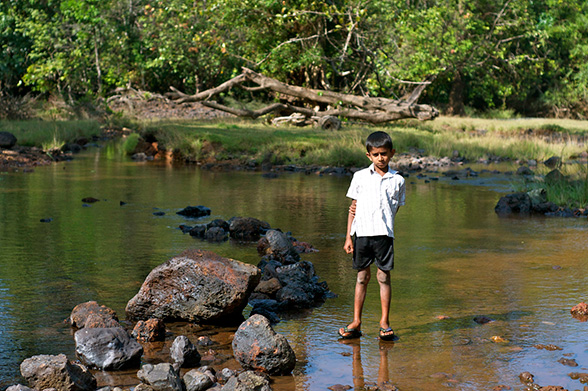 They have two primary schools for their children – old houses turned into educational institutes. There are two teachers, one per school, who come from a nearby village to teach. There are six and twelve students, respectively, studying from 1st to 5th grade. What is interesting is all the six/twelve students sit in the same classroom with its four rows of benches. The teacher customizes the syllabus for each student. I was glad to know that women also complete their primary education so they can read and write. I guess we could say that this village is 100% literate. After the completion of primary school, children go to Castle Rock for their secondary education.

The school in Castle Rock has about 60 children and has a hostel which is run by people from nearby villages. One family takes turn every month and volunteers to tend to the children at the hostel and facilitate their education.
There are no means of transportation and the villagers travel 12 km by foot to reach the only shop that sells essential goods. In my opinion, introducing horse-drawn or bullock carts here would be quite a good idea. 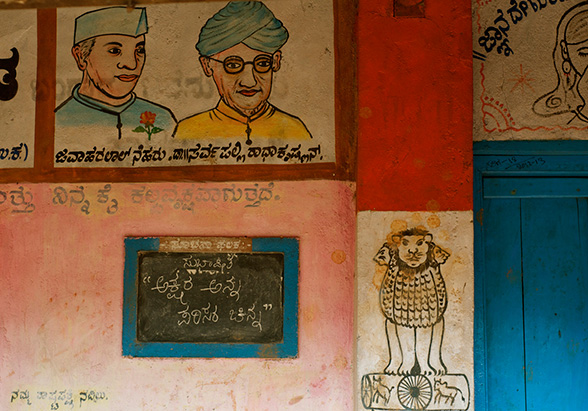 Although electricity was first introduced in India in 1899, my jaw dropped to the ground when I found out that this little village still survives without it. Only in the recent past, Hypnale (named after the Latin name of the Hump-nosed Pit Viper), a private wildlife research organization based in the village, introduced the children to solar lanterns. I wonder how children in the big cities playing Temple Run all day on their private tablets would react to this. The solar lanterns have helped the villagers in preventing snakebites and other such accidents while stepping out in the night.

TVs run on batteries for one hour daily. Although many facets of modern civilisation are yet to touch the village, cricket mania has somehow made it in. Every time there is a live match on TV, the whole village gathers at one place with all the batteries available and watches it together. Truly, India is a cricket crazy nation.

What really stirred my soul was how happy the villagers seemed despite their modest way of life. Of course, they have their predicaments. But what is commendable about this village is that they are self-sufficient, something most people living closer to modern civilisation forgot centuries ago. The villagers never once complained about not having good roads, fast moving vehicles or electric power. Ignorance truly is bliss, I realized. 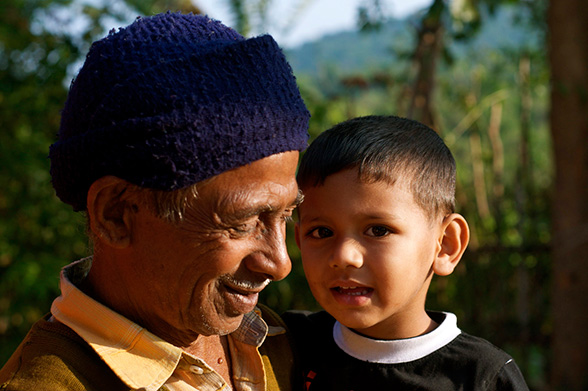 When Anant, our cook, told me stories about the village life and the lifestyle of the villagers, it dawned on me that we spend most of our valuable time on things that actually have no impact and very little relevance in living a good life. Most of the troubles we fret about are self-inflicted such as, using cars for the smallest of distances and whining about traffic, skyrocketing fuel and commodity prices and low salaries. We cut down trees to expand our roads to accommodate the rising vehicle population and then worry about pollution and hair fall.

I spent one night under starry skies while the glow-worms played hide and seek in the paddy fields, and the calls of toads and crickets provided soothing background music. It will take me months of meditation to experience the kind of peace I experienced here.

Although I spent very little time in this village, I came out feeling very inspired. For me, it has been a feast for all the senses. Kuveshi is the very epitome of the adage – ‘if we fasten our attention on what we have, rather than on what we lack, a little wealth is sufficient’.