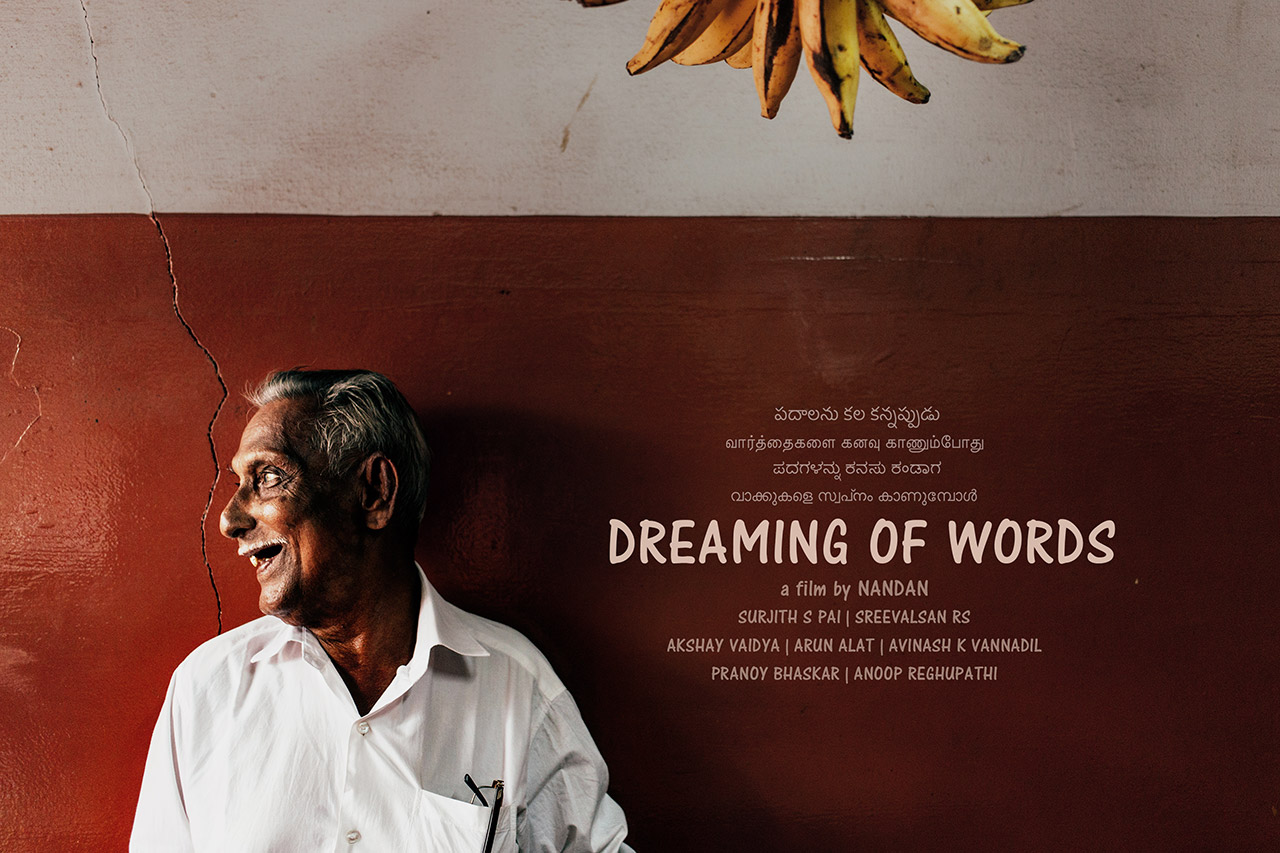 Who is Njattyela Sreedharan? An 82 year old retired senior citizen? A fourth standard drop out? Or an extraordinary lexicographer and a language expert who has managed to compile a dictionary connecting four Indian languages single-handedly?

Well, he is all the above and in fact, much more. Njattyela Sreedharan is a shining example of unfettered single-mindedness towards a goal. And a very unusual goal too! There are many who either joke or are unsure about the similarities and differences of southern state languages. Each of these, be it Malayalam, Telugu, Tamil or Kannada are often mistaken or just bracketed into a single oratory class. But Mr. Sreedharan with his simple approach and astonishing efforts has managed to clear the air of confusion and overlaps with years of dedication. He has managed to, all by himself; make a multilingual dictionary that offers comparative studies of the four languages – Malayalam, Tamil, Kannada and Telugu.

Of course, it is wasn’t easy but his mind boggling and inspiring life journey has deservedly been brought alive on screen through a documentary. Called ‘Dreaming of Words’ the documentary is directed by Nandan and traces Mr. Sreedharan’s ‘life, work, love for languages and the struggles to get the dictionary published.’ 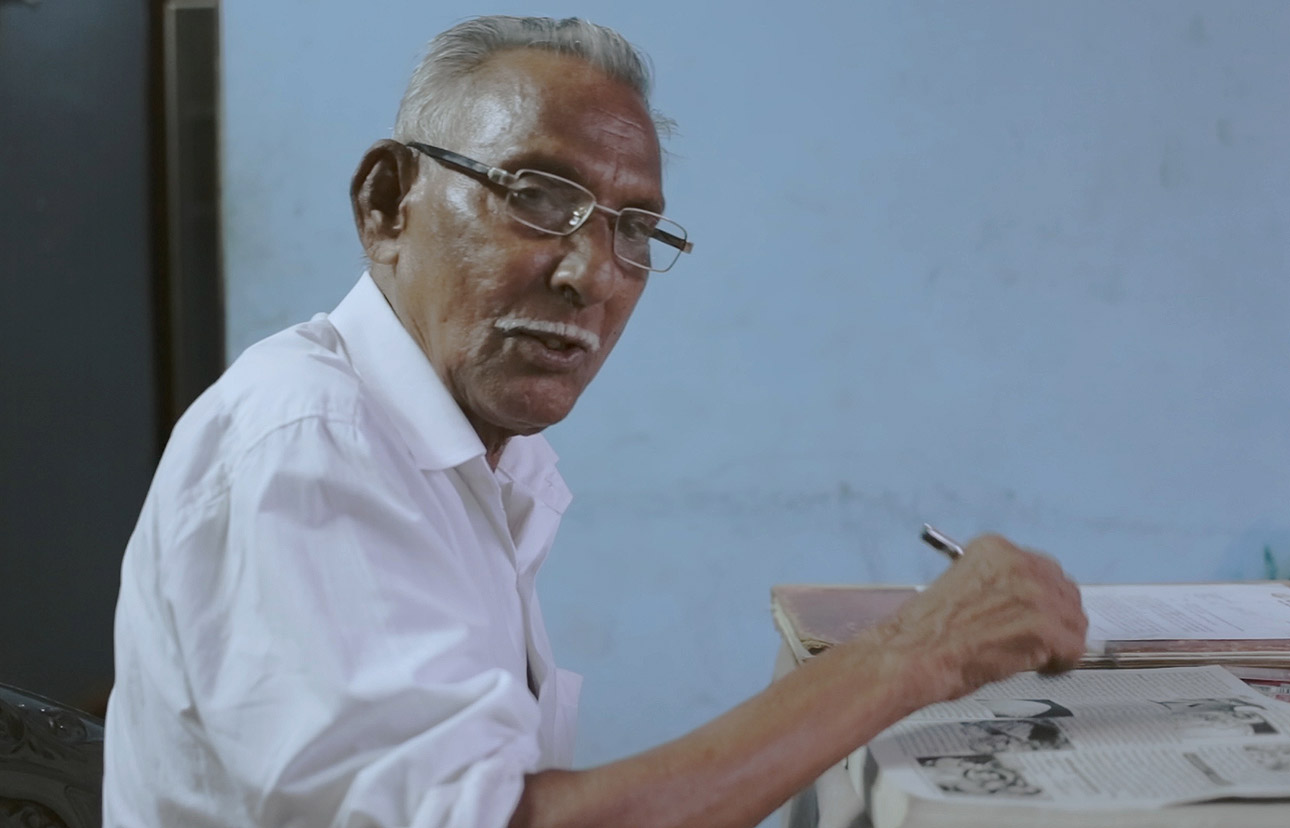 Born in Thalassery, Kerala in 1938, Mr. Sreedharan had to drop out of school in his fourth standard. He started working in a Beedi factory in Palakkad where he learnt Tamil. While he worked he also read and schooled himself to pass the ESLC examination privately.  In spite of not having a proper educational setting to pursue his knowledge, he never shied away from continuing to learn. In fact, during his younger days he spent a lot of his free time in studies and also teaching others as part of literacy programs. He also wrote various articles for Malayalam dailies and magazines that stressed on the correction and aspects of ‘popular linguistic norms in Malayalam.’ And his profound grasp of the Malayalam language can be gauged through the works he read, which included the likes of A.R. Raja Raja Varma, Sheshagiri Prabhu, Campbell etc.

He later worked as a blue printer in Kerala Public Works Department. It was here that he got acquainted with Dr. T. P Sukumaran who was a professor at the Nirmalagiri College. It was Dr. Sukumaran that suggested the idea of ‘compiling a dictionary of colloquial usages of words in Malayalam.’ Since Mr. Sreedharan was familiar with only Malayalam and Tamil, he decided to study the other two Dravidian languages, Kannada and Telugu. And it was also then that he decided to embark on his life journey to compile a dictionary that would connect all these four languages.

With this mission Mr. Sreedharan set out to learn! He learnt Kannada from his colleague Govinda Naik and writer C Raghavan Master. However, for further understanding the local nuances of the language he went to Karnataka and stayed over for many weeks for his research.

He learnt Telugu from Eashwaraprasad Rao an officer at the District Agricultural Farm, Taliparamba, and his wife Seethamma Garu. For further research he travelled to Nellore in Andhra Pradesh several times, interacting with people and picking up the local and colloquial facets of the language.

As seen in the trailer of the documentary, Mr. Sreedharan talks about his stay in Mysore and in Andhra. And he reminisces how people received him with positive and pleasant response once they learnt that he was there to learn their language.

The compilation and making of the dictionary

After he retired in 1994, Mr. Sreedharan put all his energies in the compilation of his dream project. His knowledge and understanding of the languages was so deep that he also corrected errors in other dictionaries. In his dictionary for each Malayalam word, there is a corresponding word in Kannada, Telugu and Tamil. ‘For words with several meanings, all different meanings are given in the other three languages. This way there are about 125000 words in this unique dictionary’.

The Challenges and Hurdles 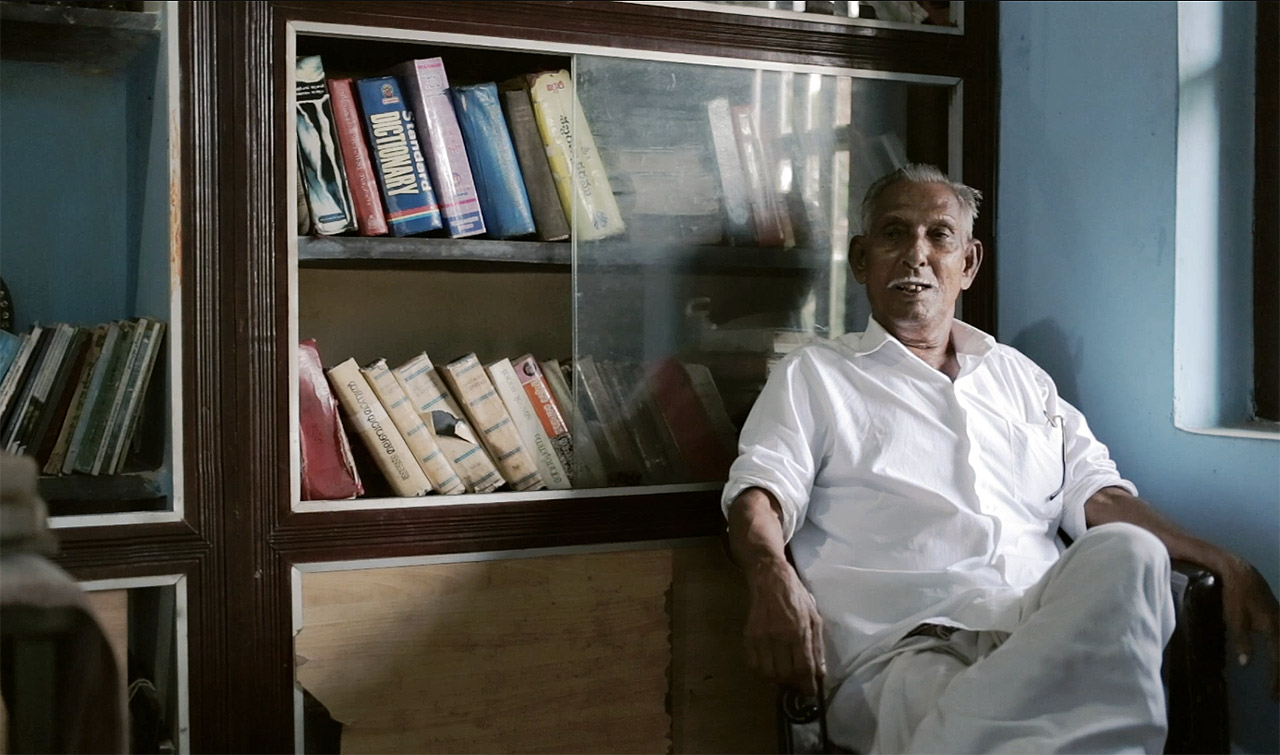 One would believe that this massive effort on Mr. Sreedharan’s part would have been enough. The mere fact, that an individual on his own accord and interest, had managed to compile a multi-lingual dictionary that could have an intense impact on linguistic studies, would have seen the light of the day without any hiccups. But that wasn’t to be. While the dictionary was nearing completion a local media bought this story to the limelight. And yet, Mr. Sreedharan had problems trying to get someone to publish his hard work. ‘The economic viability and the reason that Mr. Sreedharan did not have any formal academic qualifications became barriers.’  He approached several private publications but was refuted by all.

At last, Mr. Sreedharan cleared all hurdles and with the collective efforts of the Senior Citizens Forum in Kerala the dictionary was published on first of November this year.

Film maker Nandan has documented the life of Mr. Sreedharan in a film that also ‘explores the linguistic and cultural diversity of India.’ Mr. Sreedharan’s contribution is undoubtedly huge on several levels. Yes, his endeavor and 25 years of toil for the sake of linguistic clarity is applaud able. However, when one watches him on screen, there seems to be an urge or will that pushes him to talk about his passion with an innocence that can only be seen in either little children or old adults. A sense of curiosity and wonder that doesn’t cease, yet, enveloped in a deep feeling of satisfaction and contentment.

Watch the trailer of ‘Dreaming of Words’ – https://drive.google.com/file/d/1I7HeHb-tbogDmfonZsC11ShOnkGlyUN9/view?usp=sharing