Types of Yoga That Are Practised All Around The World 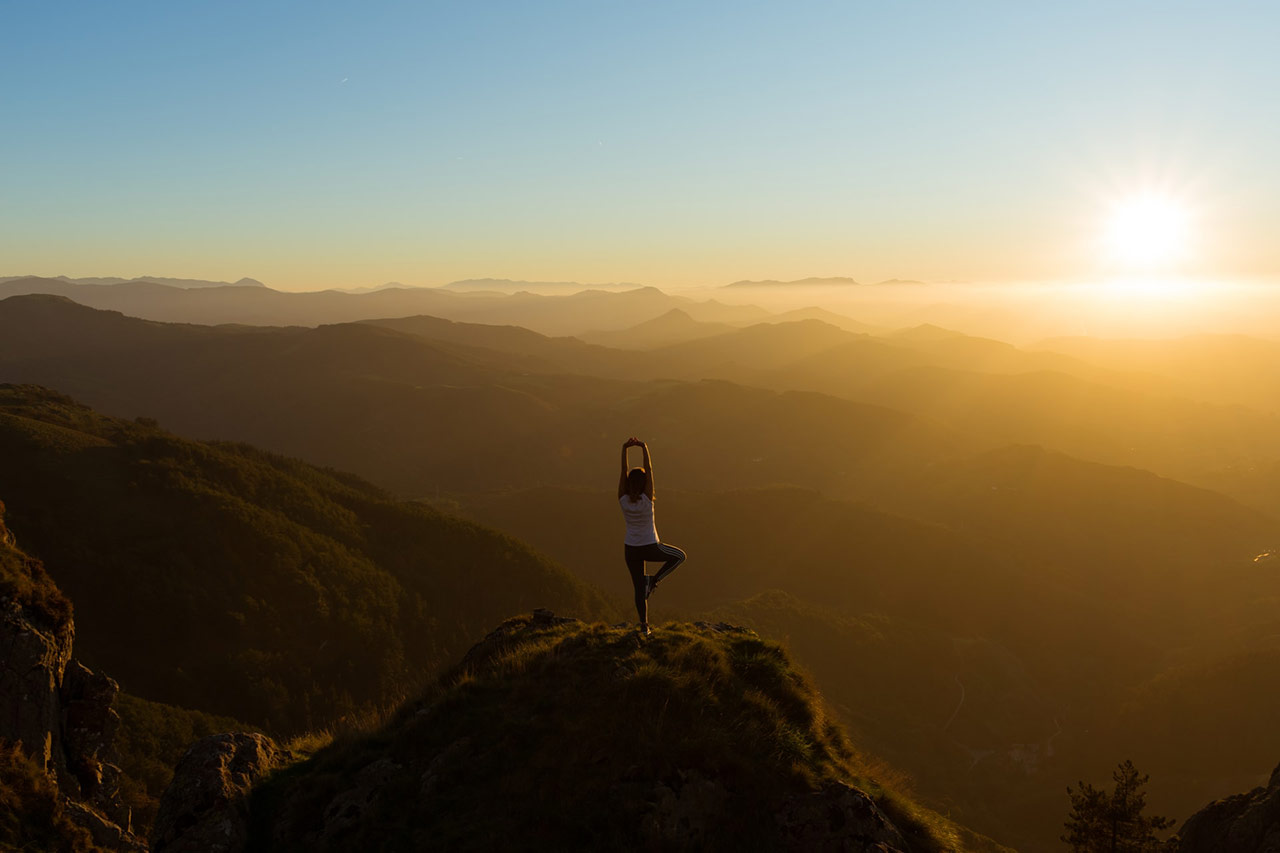 Yoga originated in India back in the pre-Vedic period, around 3000 BCE. It is a form of exercise that enhances the health of the physique, expansion of the mind, and enlightenment dawned through self-realisation and attaining oneness with the entirety of the universe. Today, Yoga is practiced all across the world and here we present the major types of Yoga that are prevalent. 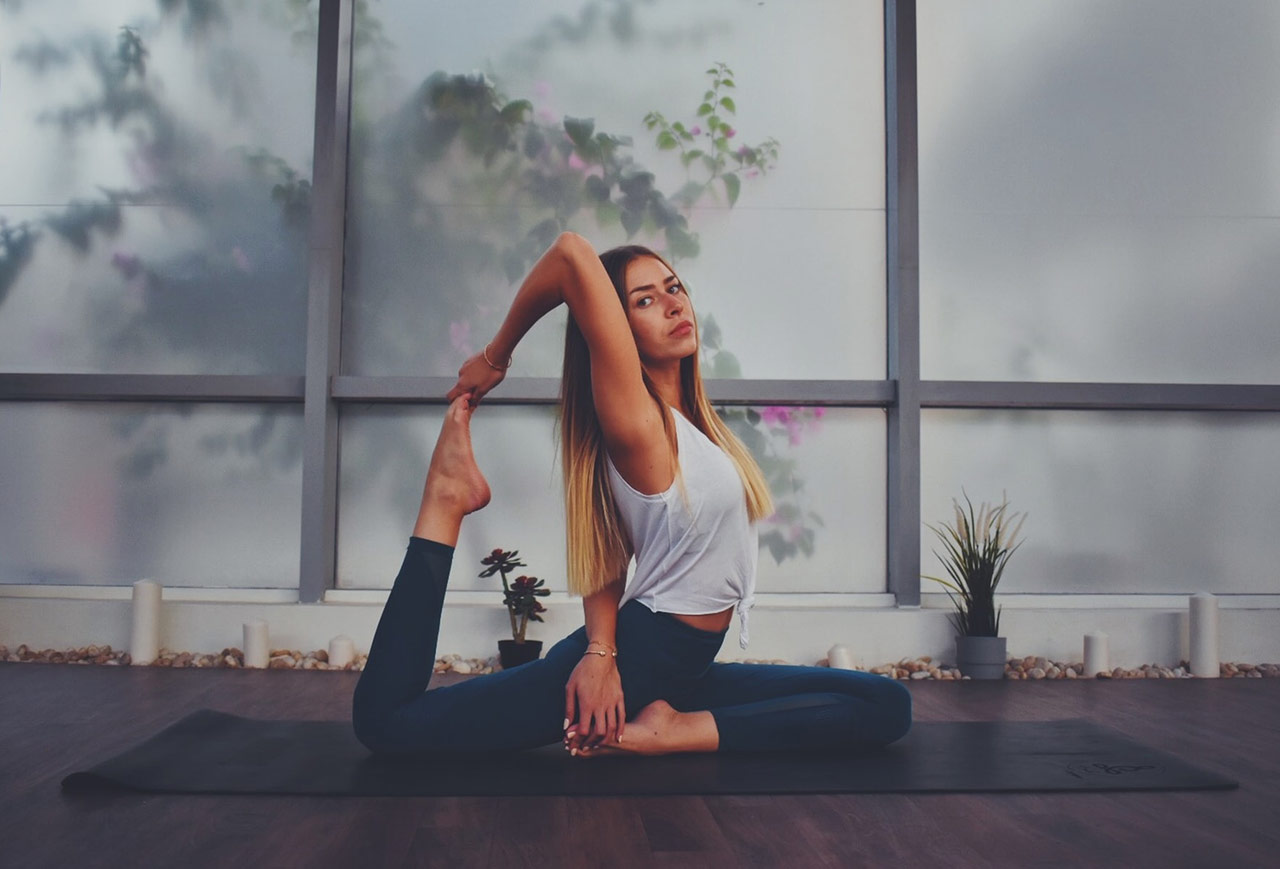 Hatha Yoga originated in the sutras of Patanjali Maharishi written during the 400 AD. It is conceived as having eight-limbs of discipline or an eight-fold path to attain oneness with the whole of existence as well as self-realisation. It used to be considered as an ethical or moral code of life and the mother of all yogas, the style from which the others originated.

Today, Hatha Yoga is practiced as a basic method for people newly endeavouring to attain calm of mind and relieve stress. It consists of breathing techniques or pranayamas, asanas, or postures to enhance the stability and strength of the body, and meditation or dhyana.

Although Hatha Yoga has been forced into adapting itself to the new-age, busy lifestyle of people, it still incorporates within itself the core eight principles which include understanding and relating to your surroundings, realising your true self, attaining a balance with the force of the universe and surrendering to your destiny.

Vinyasa Yoga is the form where one proceeds from one posture to another, in a seamless flow of linked movement, driven in sync with the breathing. This type of Yoga encapsulates the temporary nature of things in life and helps to enhance the balance of the body and mind. Vinyasa or Vinyasa-Krama goes back to the Vedic period where it was recognised as a sequence of postures and movements to go onwards on the self-aware journey to attain pure sacredness and unabashed truth of existence.

Often referred to as the “Flow Yoga”, Vinyasa can be practiced both with stimulation and intensity as well as in a gentle and restorative manner. It not only increases flexibility but also builds strength, increases focus, and prevents repetitive motion injuries. The use of “Ujjayi Breath” brings attention to every inhale and exhale and clears the mind. It is extremely versatile as the order of poses is flexible to change during each class, depending on the practitioner’s decision.

Ashtanga Yoga is a rigorous discipline of structured yoga practice that incorporates the exact sequence of poses and their transitions. It was introduced into the mainstream by Sri Pattabhi Jois.

The class of Ashtanga Yoga involves the student in a specific sequence which they practice at their own pace but under the guidance of the teacher. When the student masters this stage, they are introduced to the next and more challenging level.

This personalised approach tends to individualised adjustments and includes the sequences named according to their increasing order of vigor: the Primary Series or Yoga Chikitsa, the Intermediate series, the Advanced-A, the Advanced-B, and so on.

Ashtanga Yoga also follows Patanjali’s eight-limbed approach and serves to bring under control the wanton mind. It centres on strength building, detoxifying, and aligning the body, focusing on the breathing technique that gives more fluidity to the practice and meditation.

Iyengar Yoga emphasizes the correct alignment of the body during its postures. A practice that aims to pronounce spiritual well-being and anatomic precision, it develops balance in body and mind and often uses props, like belts and blocks, to ensure safer and gradual progress. It has been formulated by B.K.S Iyengar and also follows the Yoga Sutras by Patanjali.

With consistent training, one will be able to advance through the progressive stages of this style systematically. Iyengar Yoga builds stability, increases flexibility, makes adequate use of pranayama, and focuses on longer holds of the postures to enhance proper alignment of the physique.

Comprising intense postures, breathing techniques, meditation as well as singing, Kundalini Yoga aims to arouse the dormant energy that lies at the bottom of our spine and expand the consciousness to achieve enlightenment.

The Sanskrit word “kundal” means “coiled energy”, and the dormant spiritual force of our being is conceptualised as a coiled snake that rises through the six spinal chakras and reaches the seventh chakra, that is the crown of the head, as the Kundalini awakens.

The process of growth through self-awareness in Kundalini Yoga is spontaneous, where the practitioner’s self-unfolds itself gradually as each day passes. Kundalini Yoga helps one to shed their attachments of the past and overcome the fear of the true Self, thus achieving realisation and understanding of the individual’s core being.

Kundalini Yoga cultivates strength and tones the body since asanas are held for longer periods, often up to five minutes. It helps in producing serotonin and reduces stress for the vital energy flows through the body as the chakras unlock during performing the sequence of postures paired with breathing techniques, called “kriya”. This yoga not only enhances concentration and memory but also boosts the metabolic system.

Since colours produced on the subconscious mind, the effect of inspiration, expansion, and productivity moves the consciousness. The yogic chooses that one color which is an amalgamation of the seven colours: white. The colour white also wards off negative energy. The yoga starts off with the process of “tuning in”, where a mantra is chanted, like Sat Nam or the Adi Mantra. This is followed by a brief warm-up of the spine and then the kriyas are performed. The closing meditation and song often comprise the five primal sounds of the universe: Sa, Ta, Na, Ma.

The combination of these two types of yoga benefits the mind, body, and soul holistically. While Yang is based on the Hatha and Ashtanga types and focuses on developing muscles and toning the body, Yin is a much relaxed and passive form of yoga which concentrates on increasing flexibility and mobility of joints and the connective tissues, also called Yin tissues.

Yin and Yang are the two concepts of the Taoist philosophy which illustrates the essential balance that persists in every aspect of existence. Thus, Yin yoga is more internal, cooling, and downward flow while Yang is of the external, warmer, and upward flow of energy.

A class of Yin yoga includes a series of passive postures on the floor which aim to enhance the deep connective tissues and fascia networks of the body. In terms of energy, Yin helps in the flow of the life force or ‘chi’ throughout the meridians or energy channels of the body and benefits the mental and emotional aspects of the practitioner.

The suppressed emotions like anxiety, stress, happiness, and boredom all surface, and are released as the body is held in asana. The practitioner merely observes the physical sensation of these emotions and is not engulfed in their stories. The Yin asanas are held for a longer period. By stimulating and removing the myofascial meridians, Yin Yoga produces a balance among the internal organs and systems of the body.

Yang yoga is a dynamic practice that incorporates the styles of Vinyasa Flow and Ashtanga Yoga. It shapes the muscles and increases strength and stamina.

Jivamukti Yoga is an amalgamation of the methodology and philosophy of different yogis, especially of Swami Nirmalanda, Sir K. Pattabhi Jois, and Shri Brahmananda Sarasvati. It is considered as a path to enlightenment through compassion towards all beings, wherein the unity of the one with the all is achieved and the perception of separate existence is dissolved through realisation and establishment of a relationship with the surroundings.

The word ‘Jivamukti’ is a Sanskrit term which means “liberation while living.” It is centred around the Vinyasa style practice and its asanas are dynamic and vigorous that demand a physical challenge. The teachers often start the day with a story of a particular theme around which revolves the practice for the rest of the class. These themes are explored through yoga scriptures, chanting mantras, indulging in pranayamas, asanas, and even music.

The principles of Jivamukti Yoga are inspired by the Sutras of Patanjali and are five in number: meditation (dhyana), music (nada), non-violence (ahimsa), devotion (bhakti), scriptures (shastra). These are made relatable by drawing examples from modern life and contemporary music.

In Hot Yoga, the practice is carried out in a room with heightened temperatures. This form of yoga detoxifies the body through intense sweating, improves blood circulations, makes it easier to form the asanas due to warmed up muscles, normalises glucose level in the blood, nourishes the skin, and builds strength.

The room is heated above normal room temperature. The heat is set to what the yoga instructor decides, though it’s usually between 80 and 100°F. Hot Yoga sessions are usually variable and can include any sequence of poses. The classes are characterised by music and interactions among the participants.
The Moksha yoga is a form of Hot Yoga practiced mainly in Canada and includes more than 40 different poses, all founded upon the traditional forms of yoga. It offers a cardiovascular workout, yet reduces stress by calming the mind.
A more serious and quieter type of Hot Yoga, called the Bikram Yoga, is done in a room heated to 105°F, with 40 percent humidity, aiming to duplicate the temperature of India, where Yoga originated.

The Surya Namaskar – Facts & Benefits You Need To Know