10 Books on Indian Art that Every Artist Must Read 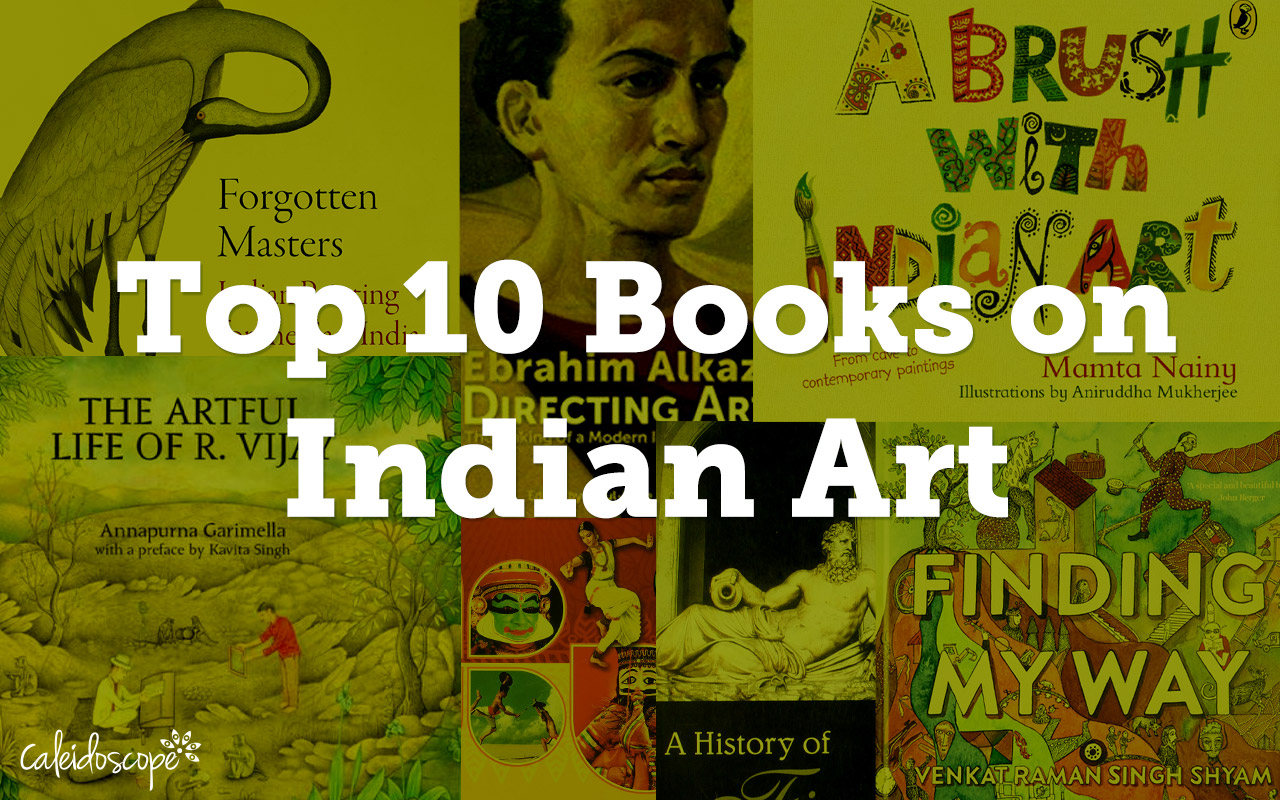 The legacy of art dates back to the origin of Man. It is believed to have begun with the early cavemen who communicated with each other using symbols drawn on the cave walls. At first, the painting depicted nothing but their day to day routine of hunting and consuming food. Later on, these paintings on the cave walls took on a different colouring, and they started to depict widely different things. It became a means for them to find answers to questions that they couldn’t find answers for. Through the painting on the cave walls, they spoke to each other, about their needs and themselves. Over time, art transformed from a mere means of communication to a mesmerizing and valuable component of our daily life. Books on Indian Art portray these gems in an enlightening way.

Suggested Read – Top Indian Artists That Every Indian Should Know

Through the years, India has been home to several different types of paintings that emerged from different parts of the country. These include the Miniature Painting, Kalamkari, Warli Paintings, Madhubani Paintings, among others. Modern Art also influenced India, with many artists adopting the modern style but with a touch of the Indian culture. It is noteworthy that a school of painting named “Bengal school of Art” emerged in India as a reaction to the western style of painting and advocated a more native and Indigenous method of Art. India has also been the proud abode of several worldwide acclaimed artists, including Raja Ravi Varma, M F Husain, S H Raza, and Jamini Roy.

Here is a list of books on Indian art that every artist must read! 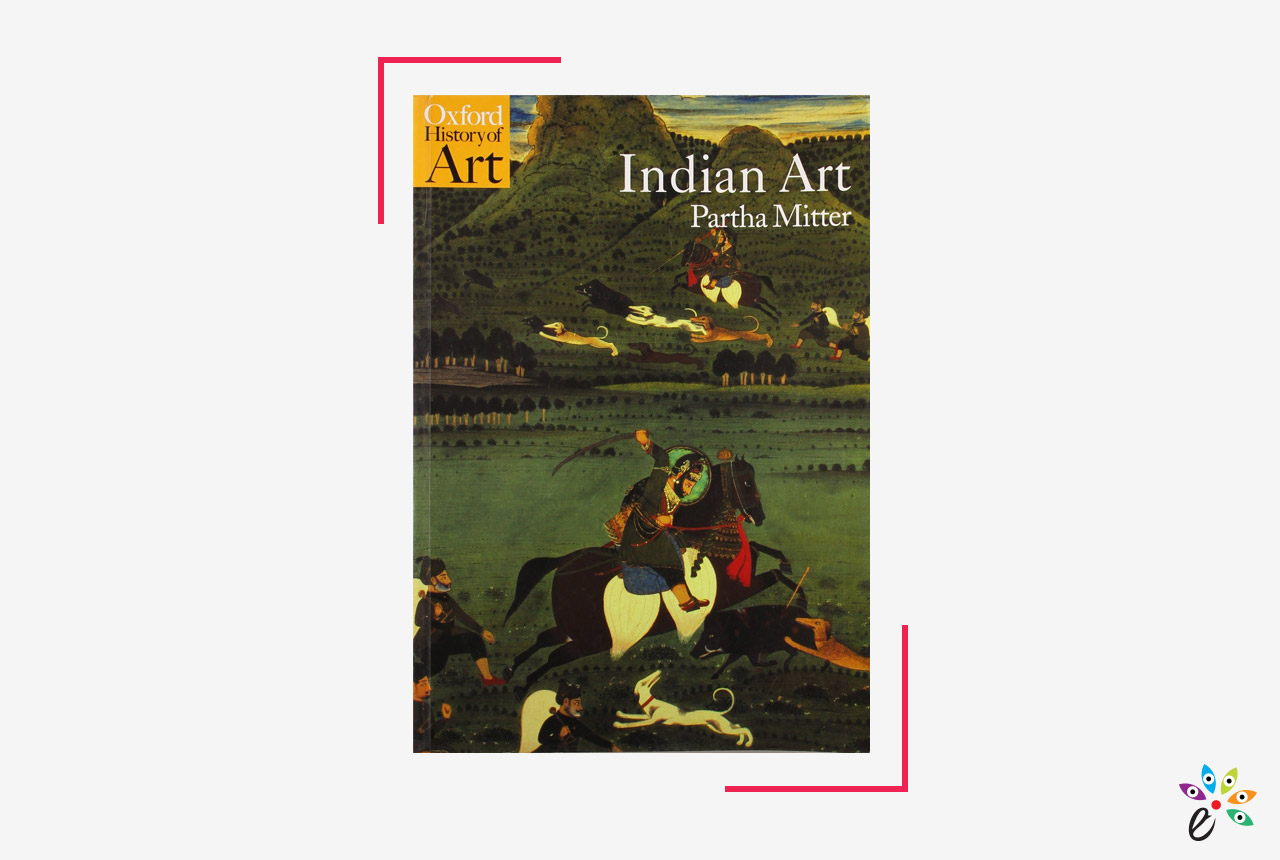 The book mainly deals with the history of Art from about 5000 years ago. Indian Art explores the evolution of Indian Art and its many influences, which contributed to its transformation as a powerful medium of representation. This is one of the most revolutionary books on Indian Art.

2. Dictionary of Indian Art and Artists by Pratima Sheh 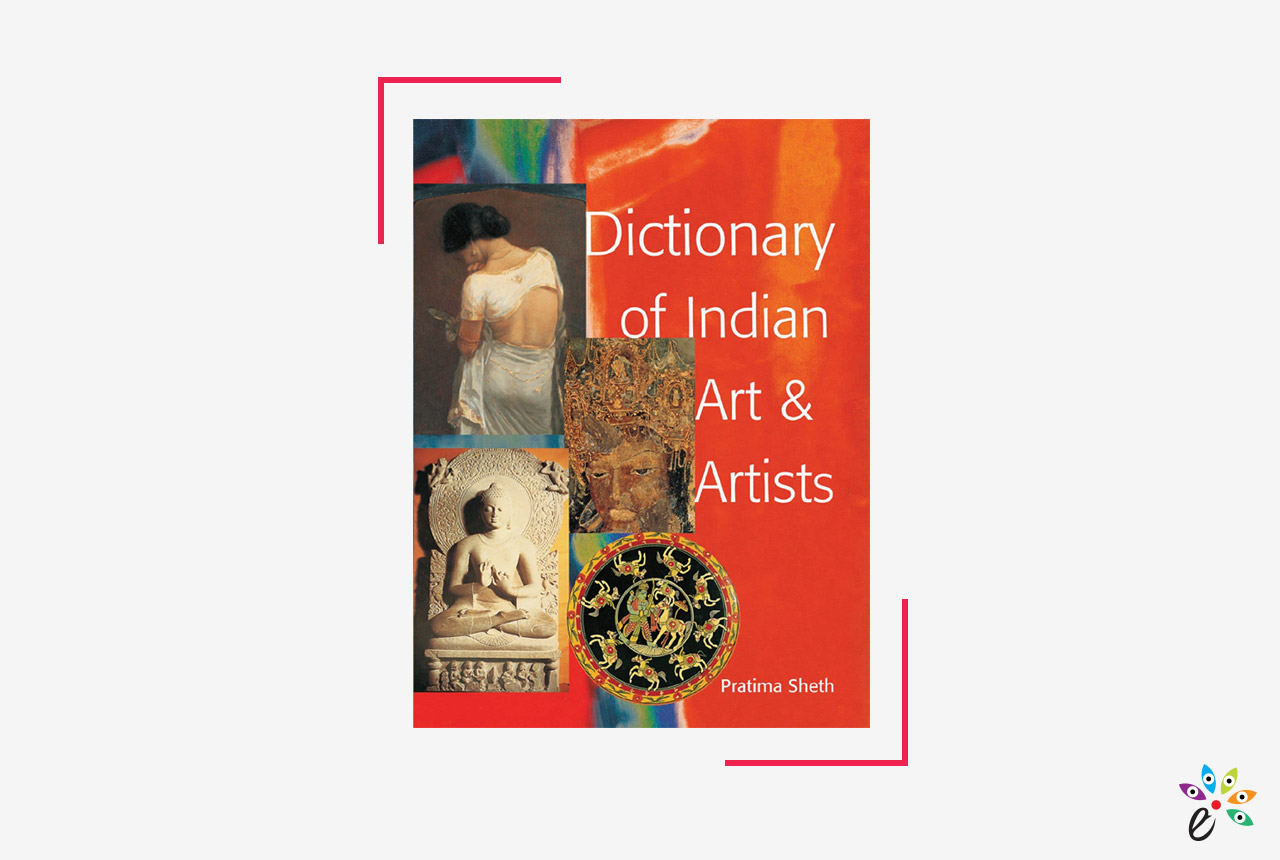 Dictionary of Indian Art and Artists deals with eminent artists and their masterpieces. The book is handy to Indian artists as it allows them to not only trace the evolution of Indian Art from the ancient times to the present day but also gives them pertinent information about all aspects of Art.

3. A Brush with Indian Art: From Cave to Contemporary Paintings by Mamta Nainy 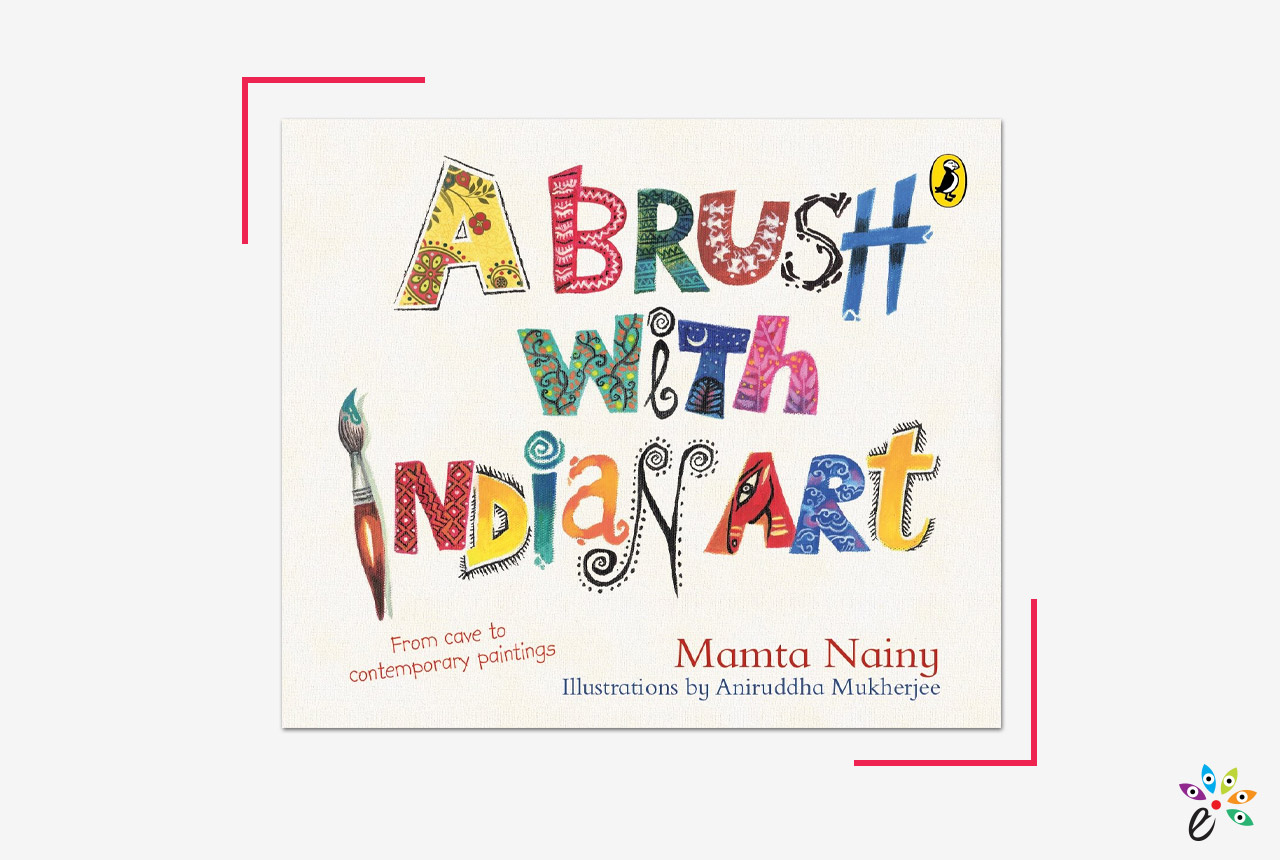 A Brush with Indian Art takes a unique perspective in evaluating the history of Art. The book contains several illustrations that depict the diversity of Art through ages. From the paintings drawn on the Ajanta caves to miniature paintings of the Mughals to modern artists’ paintings. The book gives an in-depth look into the culture of Art that evolved in India through centuries by paying close attention to the various and diverse influences that shaped Art.

4. History of Fine Arts in India & the West by Edith Tömöry 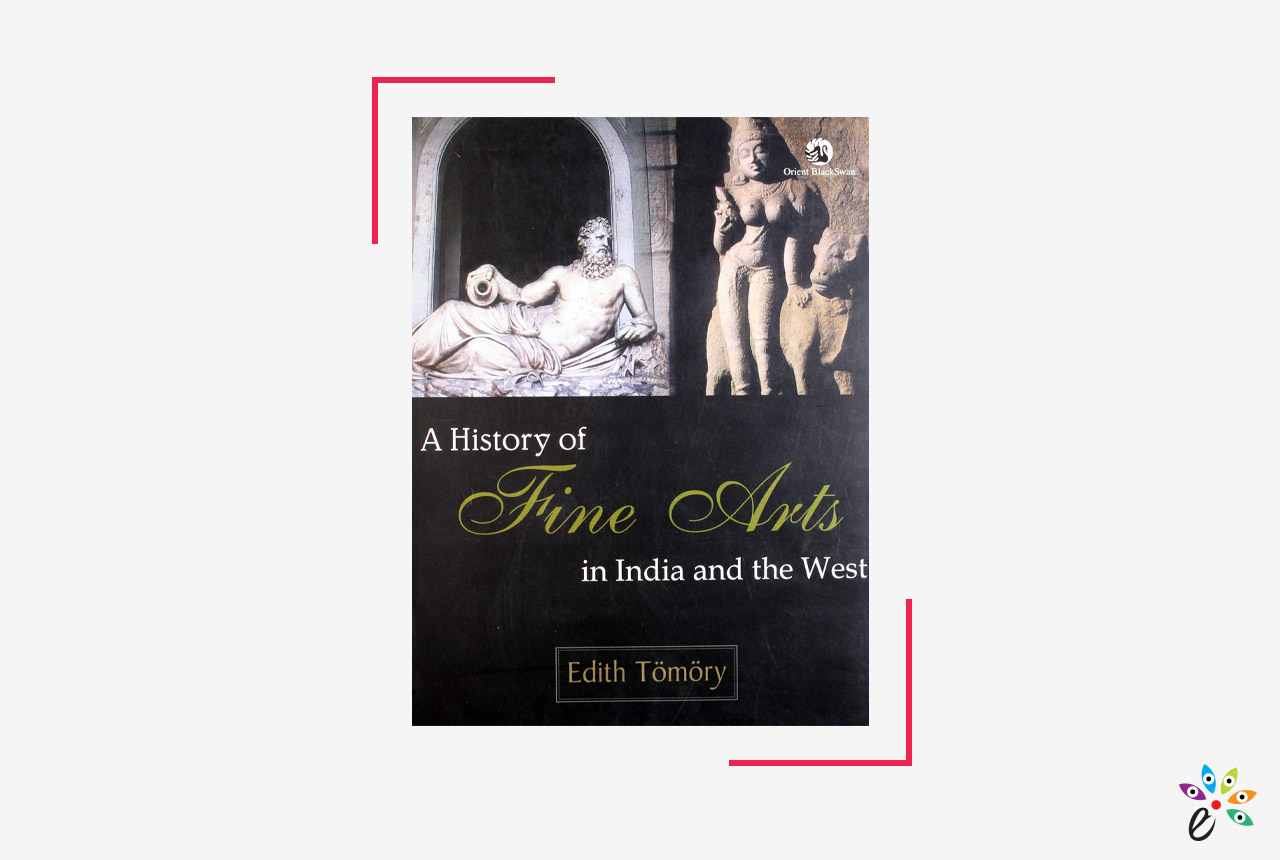 The book is handy for students of fine arts as it tries to depict in simple words the whole essence of Indian Art. The book also accurately points out the recent trends in modern Art and would provide a useful and exciting read for anyone who wants to learn more about Indian Art. 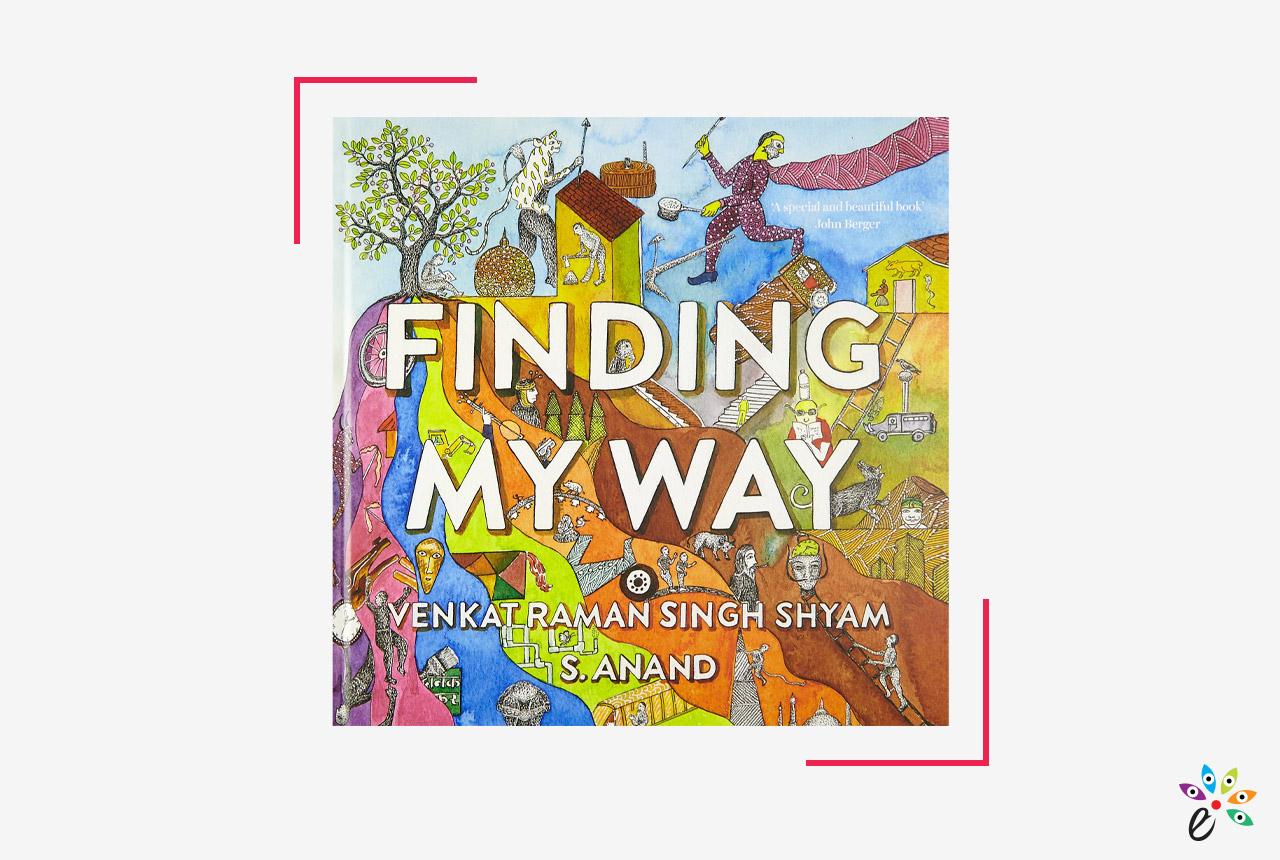 Venkat Raman Singh Shyam is one of the most prominent artists in contemporary times. His paintings have won much appreciation and acclaim all over the country. The book Finding My Way depicts the journey of the author to reach his destination of Art. The book is the author’s autobiography and gives an accurate picture of the author’s perspective on Art.

6. The Artful Life of R Vijay by Annapurna Garimella 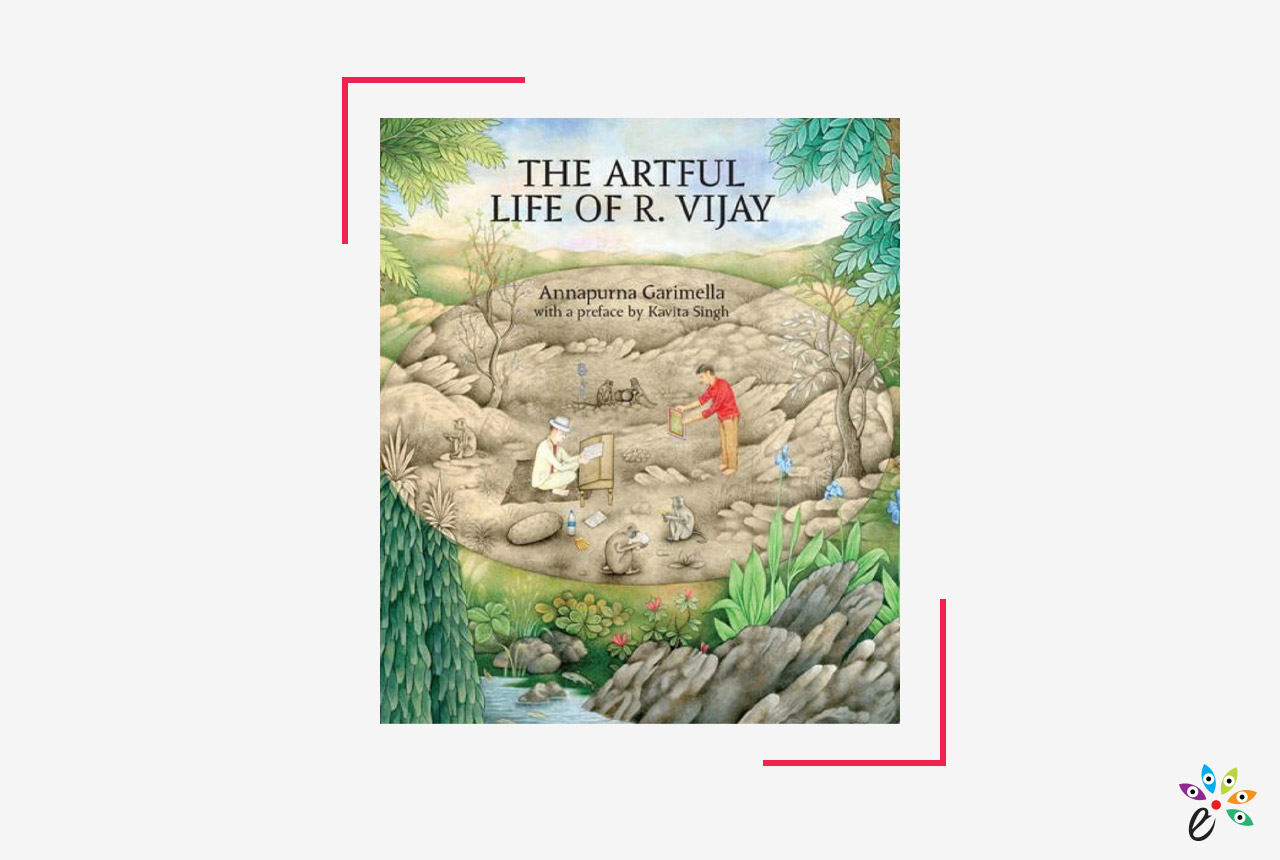 The book explores the life of Artist R Vijay and his collaboration with the American photographer Waswo. The collaboration between Vijay and Waswo gave rise to several unique miniature paintings that have won acclaim worldwide. The book also inspects the intermixing of western and Indian elements in the works of the artist.

7. The Making of a New ‘Indian’ Art: Artists, Aesthetics, and Nationalism in Bengal, c.1850-1920 by Tapati Guha-Thakurta 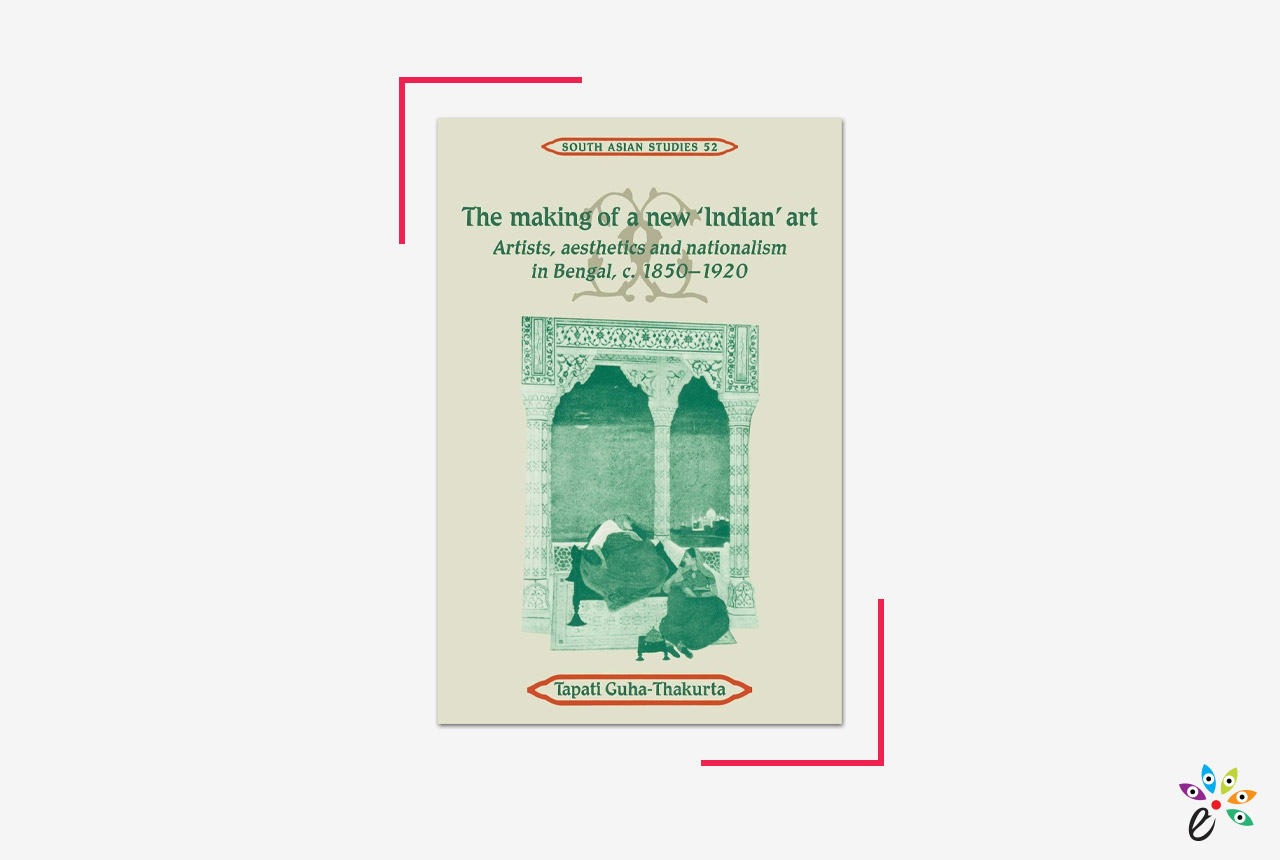 Bengal was perhaps the central hub of artists during the colonial period. The school of Art was established in Bengal in order to promote a more Indian style of modern art. The book by Tapati Guha-Thakurta tries to analyze the transformation which took place in the late nineteenth and early twentieth-century art in Bengal. 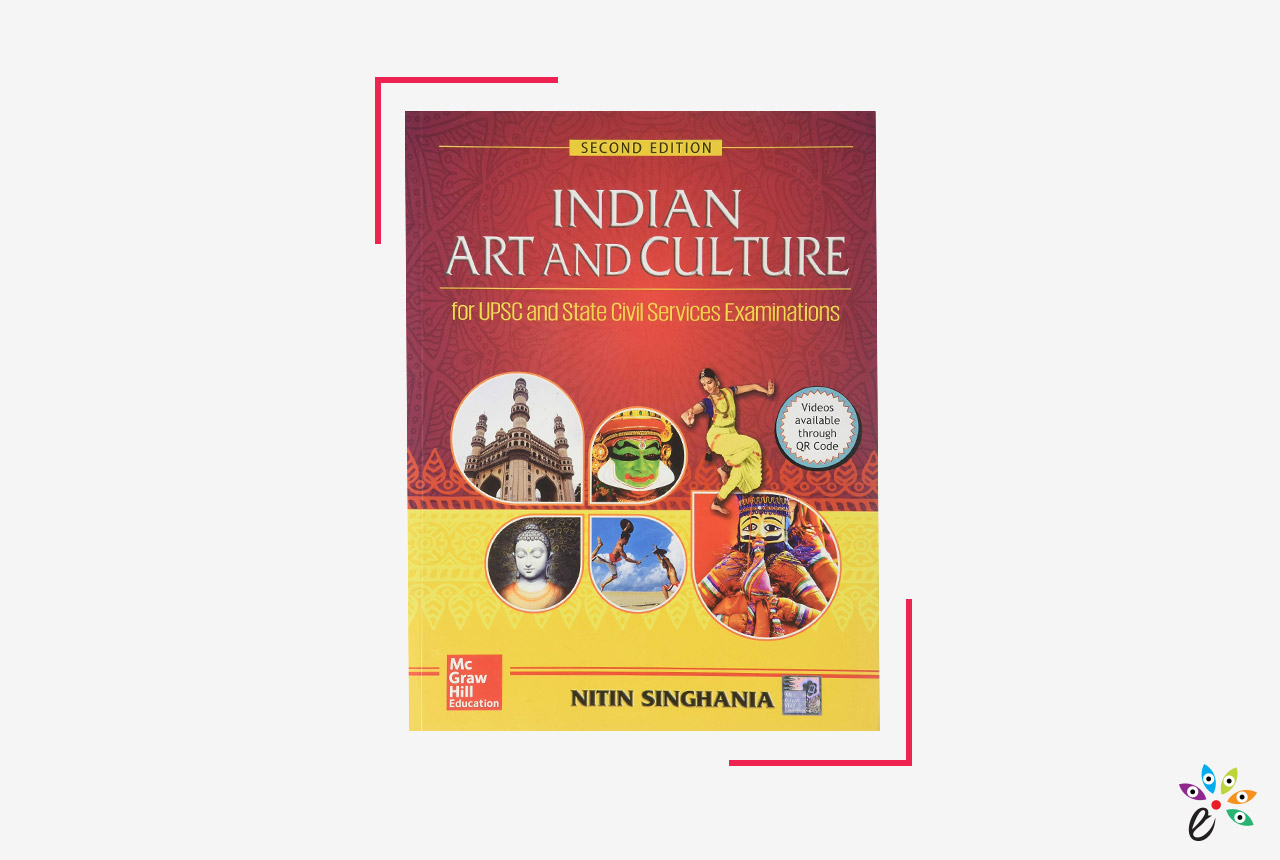 Indian Art and Culture, written by Nitin Singhania, give an accurate and comprehensive depiction of India’s Art and Culture. The book describes in detail every point in the history of India’s art culture. It also lays particular emphasis on its history and evolution through ages. The book is also much sought after for academic purposes too. 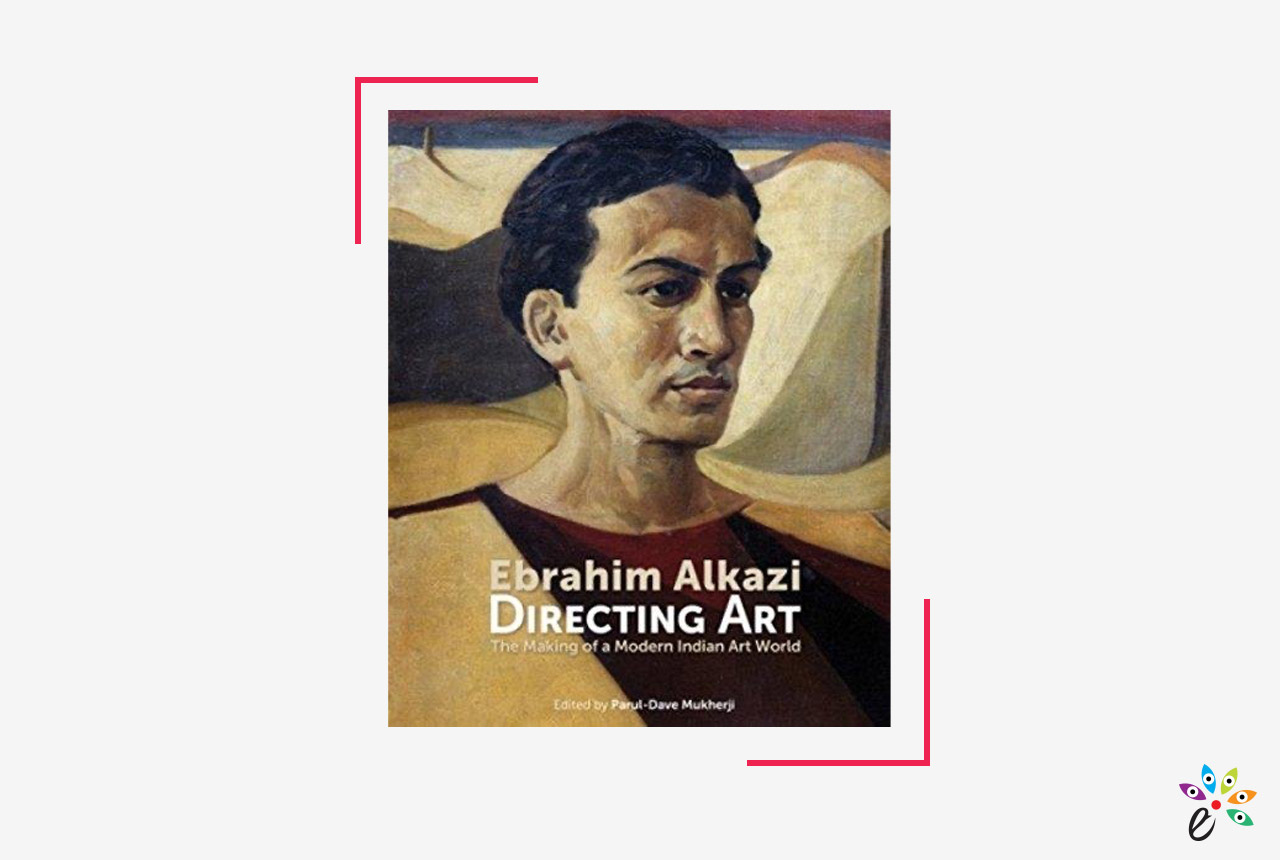 Alkazi is undoubtedly one of the greatest artists of the contemporary times. The book includes a number of mesmerizing paintings that provides the reader a joyful ride through them. The book is an excellent read for anyone who wants to learn more about the artist and his work. 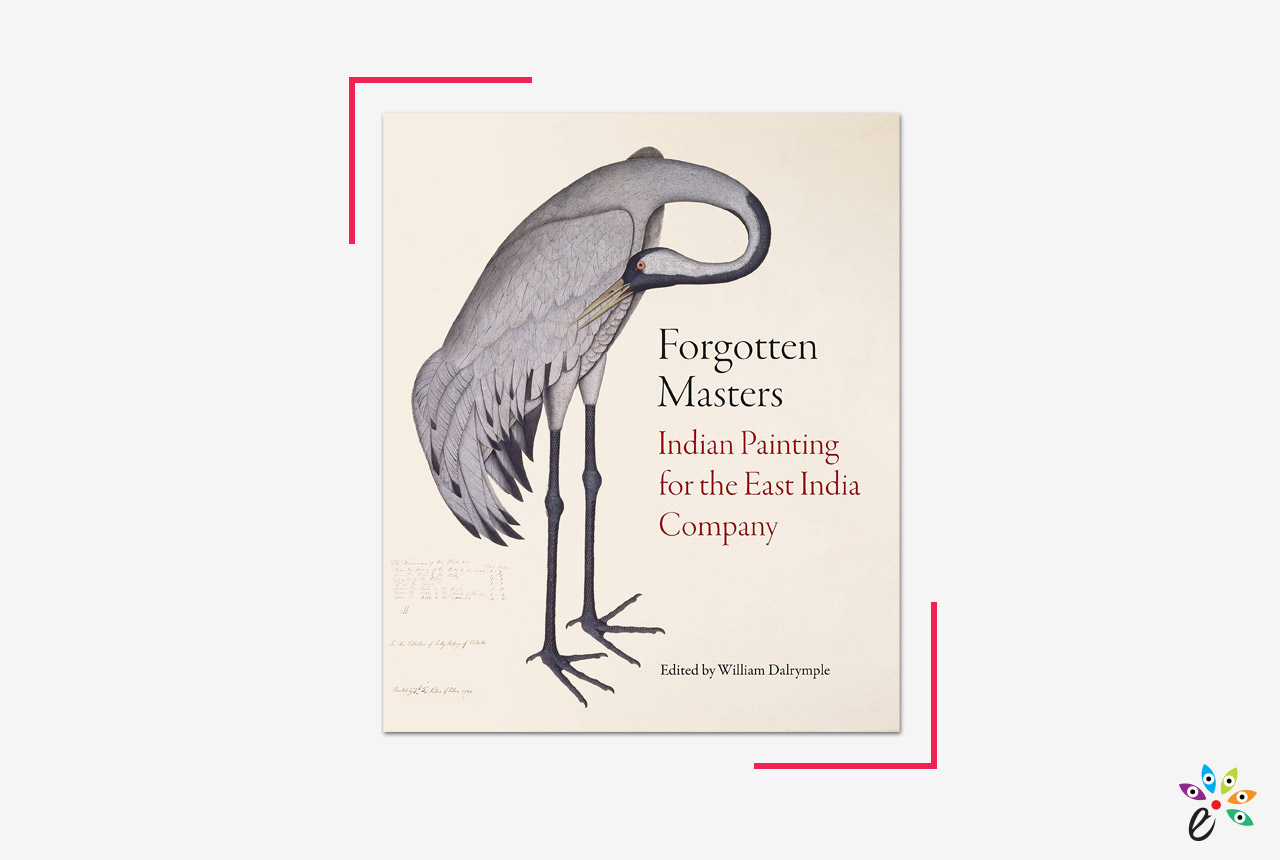 Authored by William Dalrymple, the book explores the grandeur and magnificence of the paintings of Indian artist’s reign of the East India Company in India. The book seeks to explore and unveil the forgotten artists who created paintings blending both Indian and Western characteristics in them. The book also provides an interesting read to anyone who desires to study the history of Indian art.

Today, art is a unifying factor in our diverse world. It has the power to hold together the varied and various cultures of different people around the world, and simplify them into universal emotions of human nature.
India is a country that is home to many skilled and talented artists throughout the centuries. From Raja Ravi Varma to the recent contemporary modern artists, India has always been the host of skilled artists who owned a mesmerizing and magnificent hold on art, and these books on Indian art depict nothing less than the magnificent glory of Indian artistry.