Martial Arts of India are a deeply respected art form. Unlike the general perception that martial arts are all about combat and fights, there is a much deeper understanding that goes into it. Mastered with dedication, courage and ‘inner peace’, as famously said by Po in Kung Fu Panda, martial arts define a person’s discipline and balance more than their strength. Martial art forms India are no different. And though the Chinese and Japanese martial arts are well-known throughout the world, Indian martial arts are slowly becoming popular, though they still have a long way to go.

Here is taking a look at some of the traditional martial art of India. Each of these is not only a holistic art form on its own, but also, is reflective of practices of its place of origin. In other words, these martial arts are rooted in the culture of the land from where they come. Each of these forms also has a spiritual connection, where physical exercising and combat is closely related to mental stability. Prayers and divinity are an integral part of martial arts training and performances. Another interesting aspect of most of these martial art forms is the preparation that goes into it before the start of a fight or performance, such as oil massages in some forms, and respective attire and weapons (if required). Finally, there is a subtle integration of the Indian dance forms with the martial arts, each crossing into the territory of the other with ease and magnificence.

One of the oldest forms of martial arts, Kalaripayattu finds its origins in Kerala. It can be performed with bare hands or using swords. Believed to have been introduced by Parasurama this art form includes strikes and kicks. Footwork is the most important aspect of Kalaripayattu, where Kalari means a training hall or school and ‘payattu’ translates to practice.

Originating from Punjab this martial art is believed to have introduced by the Sikh warriors. Its earlier version, called Shastar Vidya, was banned by the British after the Anglo-Sikh wars. However, Gatka remains in the spirit and moves very much like the original art form, though its weapons have changed over time. Gatka is performed, using sticks, kirpan, swords and kataar. It is performed on different festivals and in fairs.

From Tamil Nadu, Silambam uses animal movements as a form of attack and defence. It is becoming an increasingly popular art form, especially with women who want to learn the different self-defence moves to protect themselves. A long stick or staff is used for mock fights or practice. Silambam is also one of the oldest martial art forms that use footwork and attack the body at different levels such as a snake, hawk, tiger, or monkey would. There is a use of force and smart strategies.

Originating from Maharashtra, this is a weapon-based art form. Mardaani Khel saw its emergence and growth during the Maratha Empire. After the 1857 Revolt, the British banned martial art, and it was kept alive in the form of a folk game. However, today its moves and weapons are less dangerous and lethal. The weapons used included bamboo sticks, daggers, javelin, darts, and swords.

This martial art form is from Manipur where ‘thang’ means a sword, and ‘ta’ means the spear. Sarit Sarak, on the other hand, is the unarmed art form. Thang-Ta is also called Huyen Lallong and is practised using other weapons, such as axes and shields. The sword, however, remains Thang Ta’s most revered possession with numerous moves that teach the trainee various techniques and drills. 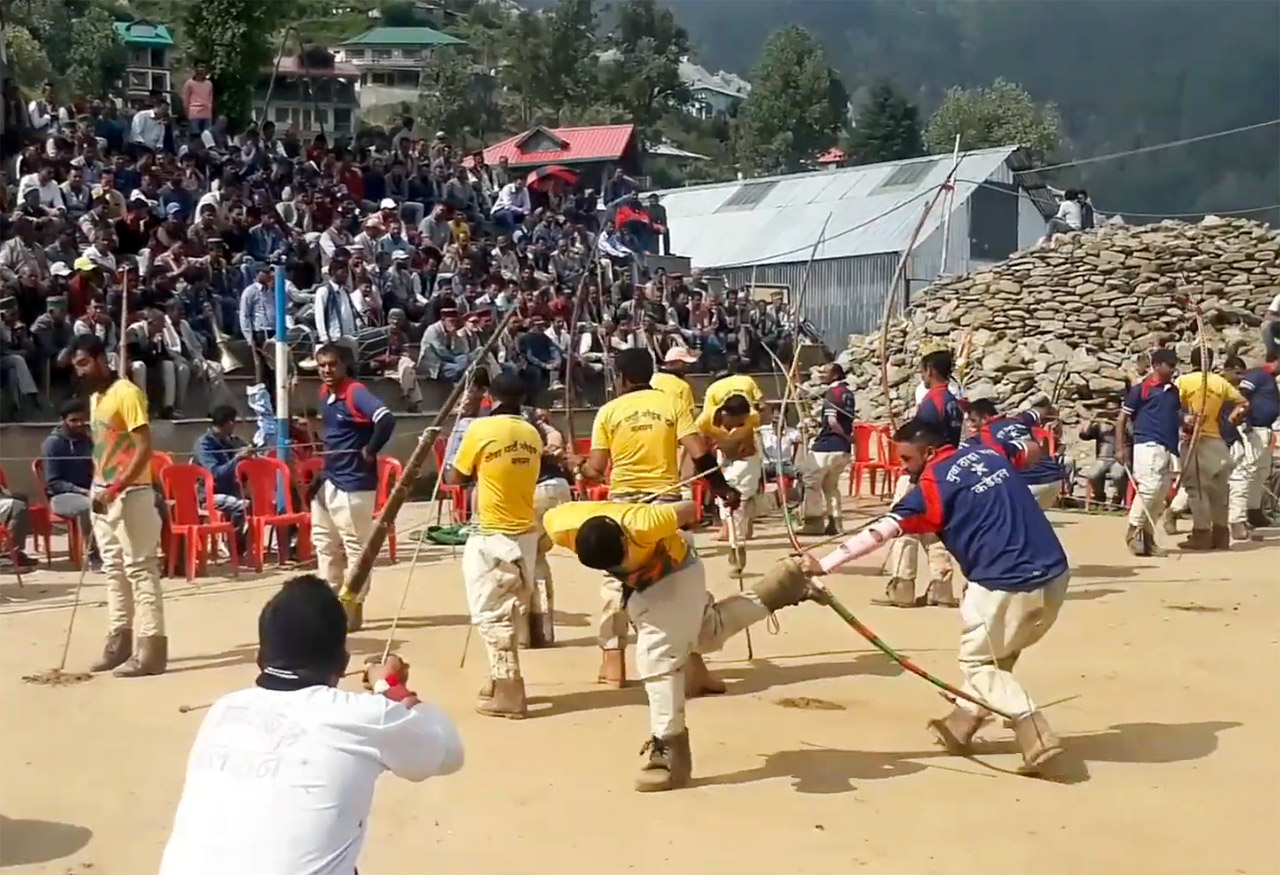 From Himachal Pradesh, this art form uses bows and arrows. Thoda means a wooden piece attached to the head of an arrow. This martial art is also performed as a cultural and sporting activity. Closely related to the legends of Mahabharata the Thoda game is played with two teams with 500 players in each. Not all are archers but are also dancers that help boost the morale of the team. 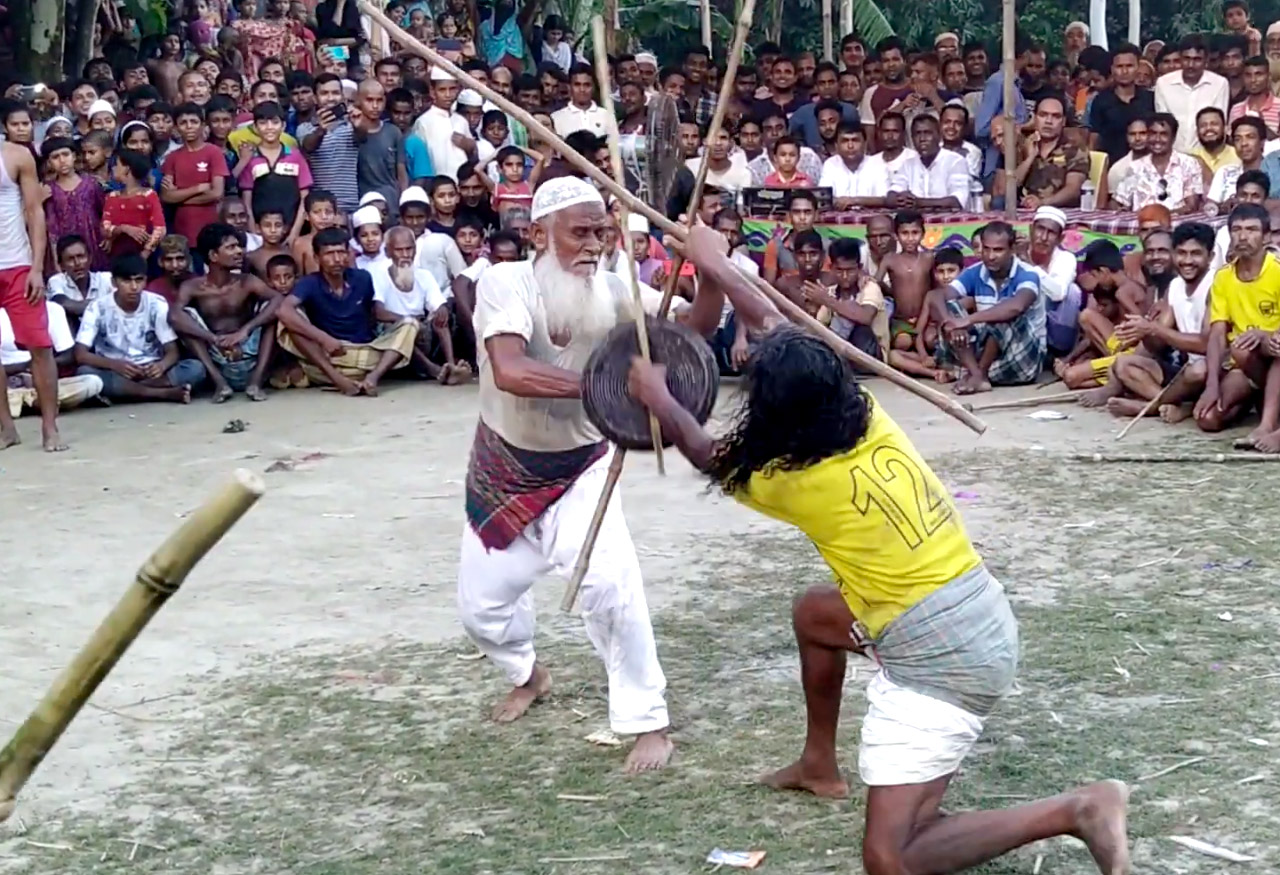 Finding its roots in Punjab and Bengal, the Lathi Khel is a form of martial arts that uses the oldest weaponry, the ‘lathi’ or stick for combat. The stick can be used and wielded in different ways to make the blow lethal or light. The Indian Police uses the Lathi to date as a potent weapon. 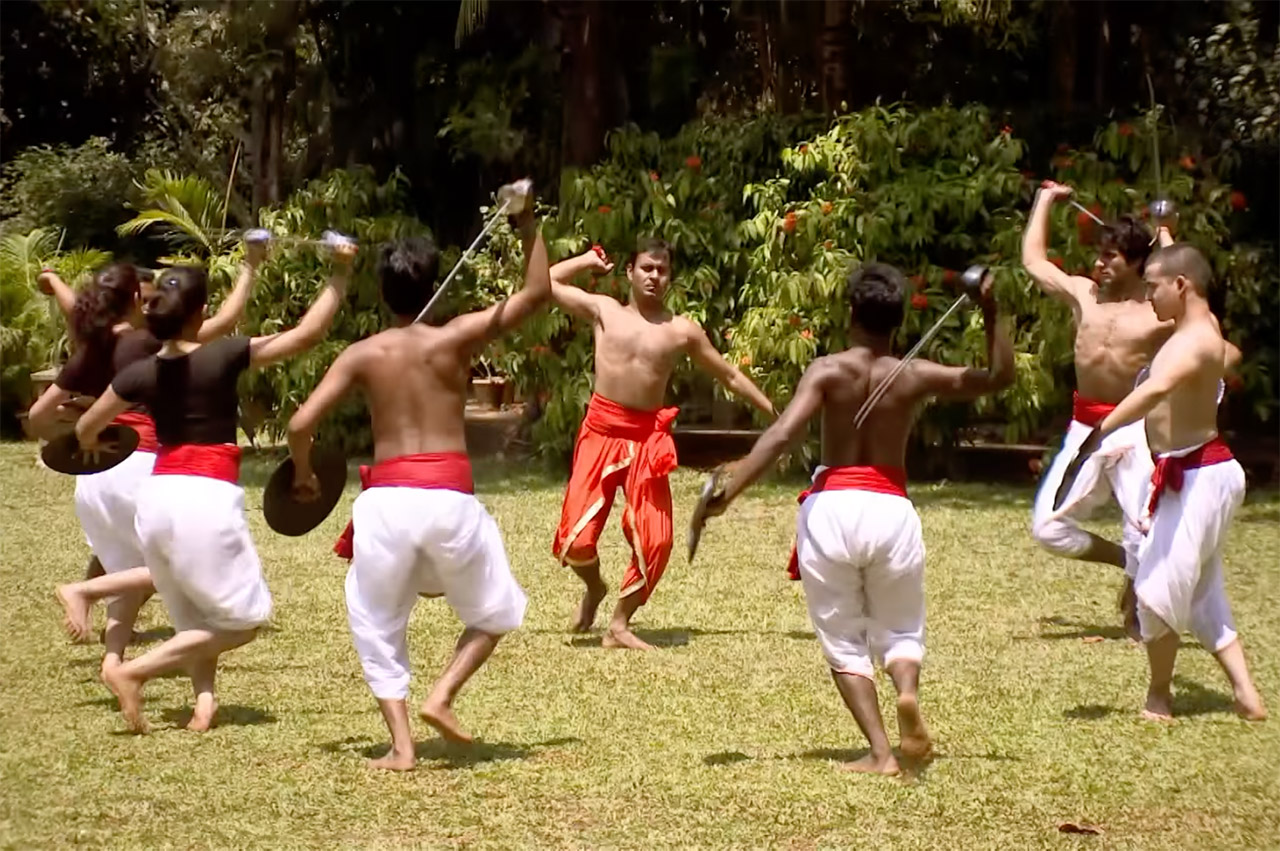 This martial art form, from Bihar, was created by the Rajputs. Pari means the shield and khanda means sword. The moves, technique, and steps, are also used in the famous Chhau dance of Bihar.

This unarmed martial art finds its origins in Varanasi. Punches, kicks and strikes are the arts fiercest weapons, and though this art form is not so popular today, it was at its peak during the Middle Ages. 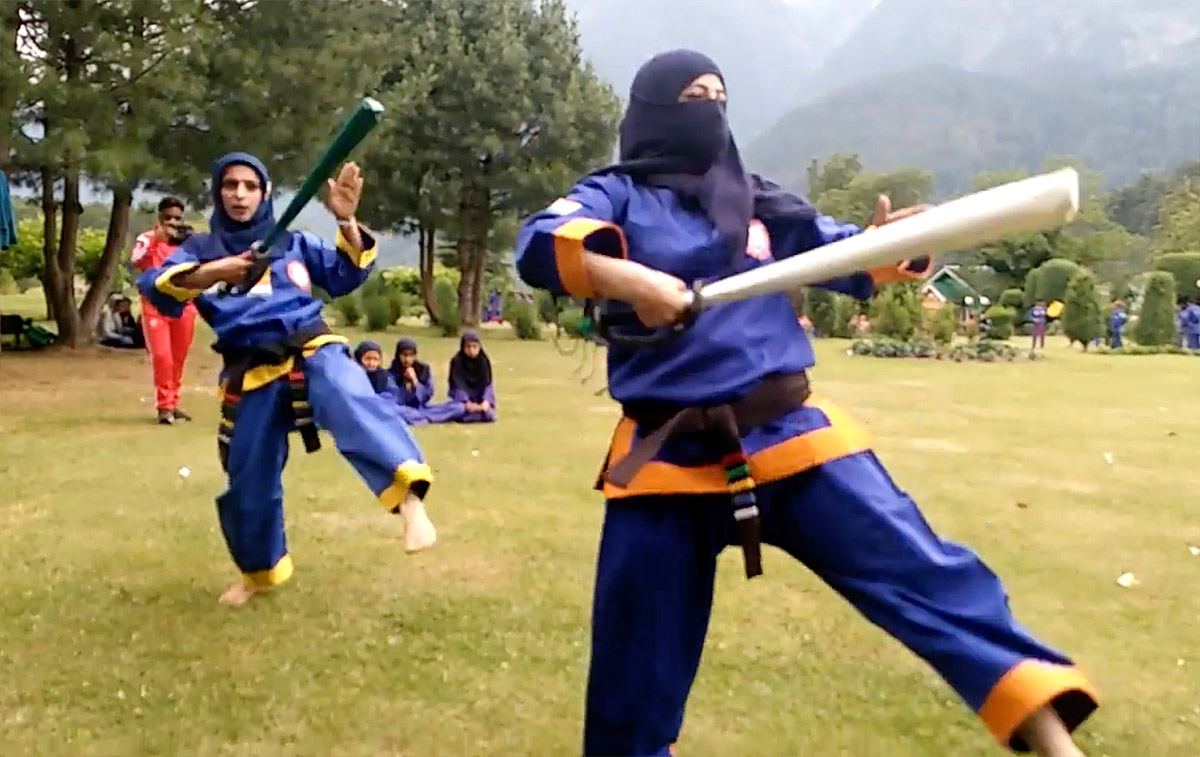 Practised in Kashmir, Sqay uses armed as well as unarmed combat moves. The sword or Tora, is paired with the shield or Bargula. Competitions require a blue uniform and a belt on the waist, along with standard approved size of swords.

Traditional wrestling or Kushti is perhaps the most popular and ubiquitous martial art form. Popularized by movies, Kushti began during the Mughal Era where the local sport called, Malla Yuddha, was combined with the Persian equivalent Varzesh-e-Bastani.

India is the land of many martial art forms that need to be encouraged and learned by future generations. With karate, taekwondo, and Kung Fu courses available in schools and other training institutions, it is time that the Indian martial arts also find a rightful place. The first step is being aware of their existence. Several martial artists practice these Indian martial art forms. It is also time to give them recognition and learn from them before it is too late.