There was a time in India, not very long ago, when festivals seem to only imply spiritual or religious celebrations. While the world was fascinated by the lengths we go to celebrate these precious holidays, we have gradually opened up to the new concepts of art, culture and film festivals. Festival travel, a term that may mean “travelling home for the festivals” for the Indian traveller, but in reality, it is all about travelling across the world to learn and appreciate the vibrant and resplendent cultural festivals that brings together people from all walks of life.

Non-religious festival travel is an adventure of its own kind; learning aside, they can be physically exhausting. But this trend is catching up in India, and we compiled some of the most popular cultural festivals in India that a cultural enthusiast shouldn’t miss for the world. Read on… 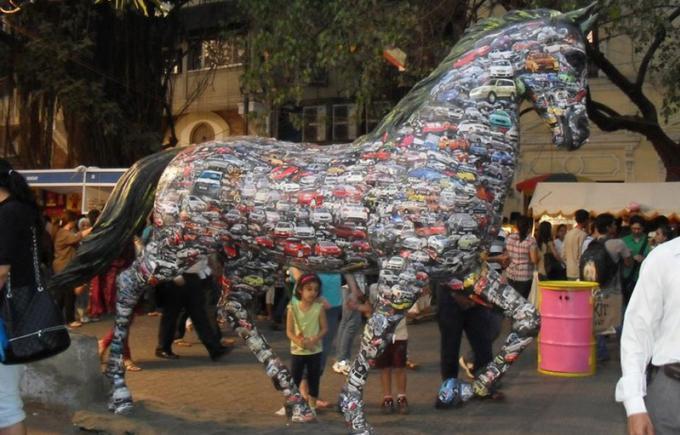 If you thought Mumbai was all about Bollywood and moolah then think again. India’s commercial capital hosts an extremely popular art festival called the Kala Ghoda Arts Festival. Now in its 16th year, this annual festival begins in the first week of February and stretches over nine days. The best part about Kala Ghoda is that it is open to all and it is free. What can you expect there? Street plays, drama, art installations and exhibitions, silk painting, dance performances, music, wine fest, movie screenings, heritage walks, bus tours and what not! The ambit and enormity of this festival is unparalleled in India.
What’s an art festival if there are no vividly coloured creations that stop you on your path and compel you to gaze. While some artists encourage you to get involved in completing an art work, others like to remind you of the more pressing problems our world is facing today. Kala Ghoda brings together artists and designers who love putting up their work for sale, right from ceramic plates that have patterns cut out to clocks made from alcohol bottles. Undeniably these works of art seem to draw a great crowd to this annual festival.

Nothing stirs up the Indian socialite circle like the Derby Weekend held in Mumbai. Film stars, industrialists, liquor barons, politicians almost everyone who is someone makes it a point to be seen, talked and photographed about in this edgy, prodigious event. What started as a modest event in 1943, McDowell’s Indian Derby has become one of the biggest sporting and glamour events in India. Over 25,000 enthusiasts flock together making it not just a horse racing event but also a platform to flaunt extravagant haute couture.
The derby weekend begins on the first Sunday of February and is held at the Mahalaxmi Racecourse. Apart from the races, the event also features some awe inspiring performances by international salsa dancers, aerial ballet, live bands, fashion shows and much more. Known as the weekend of high stakes, adrenaline, excitement, glamour and elegance, this flamboyant affair presents a prize purse of over 10 million rupees for the jockey who strikes gold. 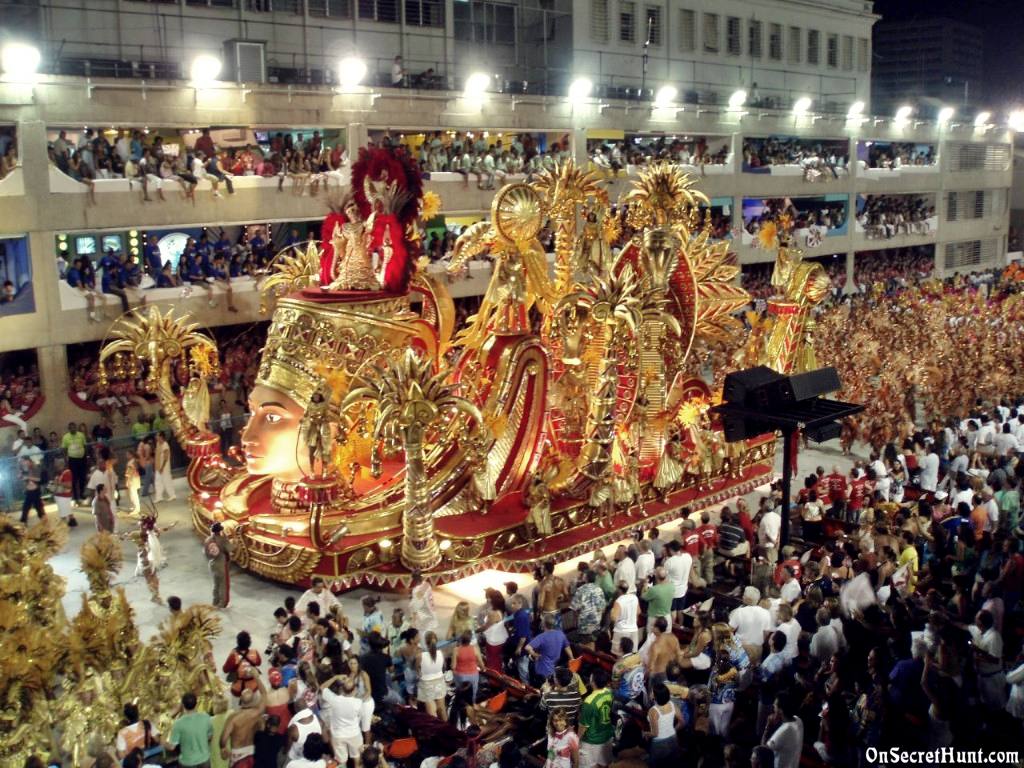 February is the month of celebrations, and when we say celebrations how can the party capital of India be left out! Goa is probably the only place in India that breaks away from the conventional persona of the country as being conservative. The Portuguese influence on the state could be the reason for the constant merry-making mentality of Goans; evidently the carnival too is an integral part of the Portuguese history.

Although the carnival is celebrated only for three days, the preparation for the festivities begin weeks earlier, which turns the streets into a chaotic spin-top as the carnival approaches. The Goa carnival is essentially a time of gala jamboree and revelry just before the solemn 40 days of Lent season for Christians. It seems to take Goa into a trance like zone where food and drinks are abundant, and dazzling processions or live music performances are always around to accompany. Music always finds its way into any Goan celebration, nudging even an innocent bystander to shake a leg. There’s almost a fairy tale like feeling in the carnival: blazing fireworks, exotic dancers, mystery fortune tellers, and most importantly an intoxicating cloud of happiness and joy. 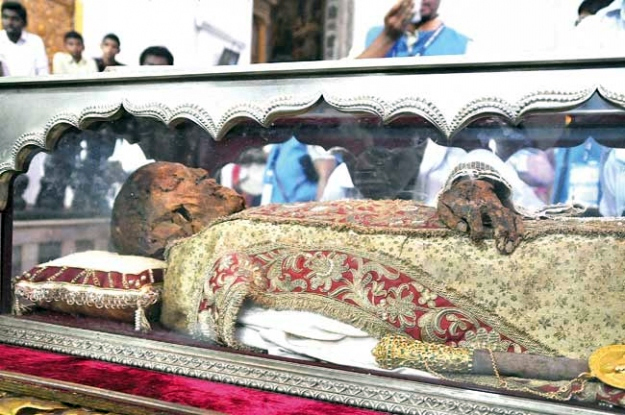 If you happen to be in Goa in November, then make sure that you head for St. Francis Xavier’s exposition; a once in a decade event that is held to deepen and invigorate the faith in Christianity. St. Xavier, a renowned Catholic Jesuit missionary is predominantly known for his work in spreading the message of Jesus in Asia. Born in Spain in 1506, the saint came to India along with the Portuguese and from there travelled across Asia, spreading the Christian faith. After he died due to fever, he was first buried in the Chinese island of Shangchuan. Later St. Xavier’s body was removed and brought to Goa, where it is preserved at Basilica of Bom Jesus. Although the saint passed away in 1552, his body miraculously survived decomposition for over four centuries and his face is still discernible.
Once every 10 years, on his death anniversary on December 3rd, the saint’s body is openly displayed in a glass case. The case is taken along in a procession led by various priests and then displayed at the St Paul’s Cathedral for veneration. Apart from holy mass and choir, there will be also several shops selling trinkets and souvenirs. Food and drinks are plenty and the general atmosphere at the church is jovial and happy.

If you enjoyed reading this article, we recommend you also read:
Top 7 Cultural Festivals of India
Monsoon Festivals in India – The Top 10