Defying Boundaries: When a Woman Sculpts Her Own Divine Form 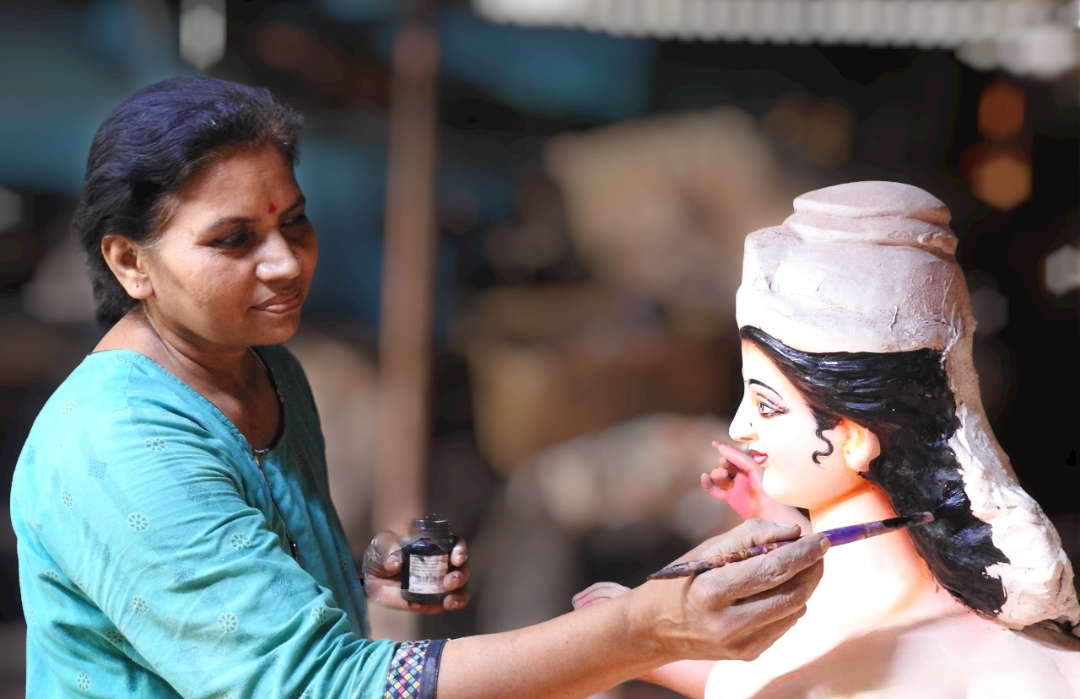 In the Indian art landscape, the word murtikaar evokes the imagination of a man sculpting idols.

What causes this imagination is not just the masculine form of the word, but also the fact that we hardly get to see women in the profession. Manly and laborious, sculpting precludes us from imagining a sculptress who can manage the entire sculpting process single-handedly. Murtikaar implies a male has thus become a putative belief.

But then, there are always those who defy the established notions. By setting examples, they make us overcome our assumptions.

My search for one such trailblazer led me to a house of a sculpting family. I called at the door and waited, looking around in the small atelier attached to the house. Just then a lady, with a sturdy physique, emerged and began looking curiously at me.

“Tai, tumcha video pahla ji YouTube var (Sister, I saw your video on YouTube),” I initiated the discussion. “Video? Which video?” she surprisingly asked. She was oblivious of her presence on social media. A year ago, a boy amongst her acquaintances had shot a video of her sculpting Durga and uploaded it on YouTube. “Yes, there’s a video of yours,” the man standing by her said. He was her younger brother. “Ok. Is it?” the down-to-earth lady replied with a smile, while also not being too excited about it.

Ranjana Lavhekar is a clay sculptress from central India’s Yavatmal town. Clay sculpting was not her vocation. Like most parents, her too, had thought of marrying her off as she had come off age. But destiny had a different journey planned for her. Her father suffered paralysis and got permanently confined to bed. However, fate only had more sufferings for the family in store, as more adversities were heaped on the humble souls in the coming days. Sadly enough, with both her kidneys becoming dysfunctional, her mother, too, got ridden to bed. “On one side lay my father, while on the other side, my mother,” recalls Lavhekar, as she remembers those distressful days. 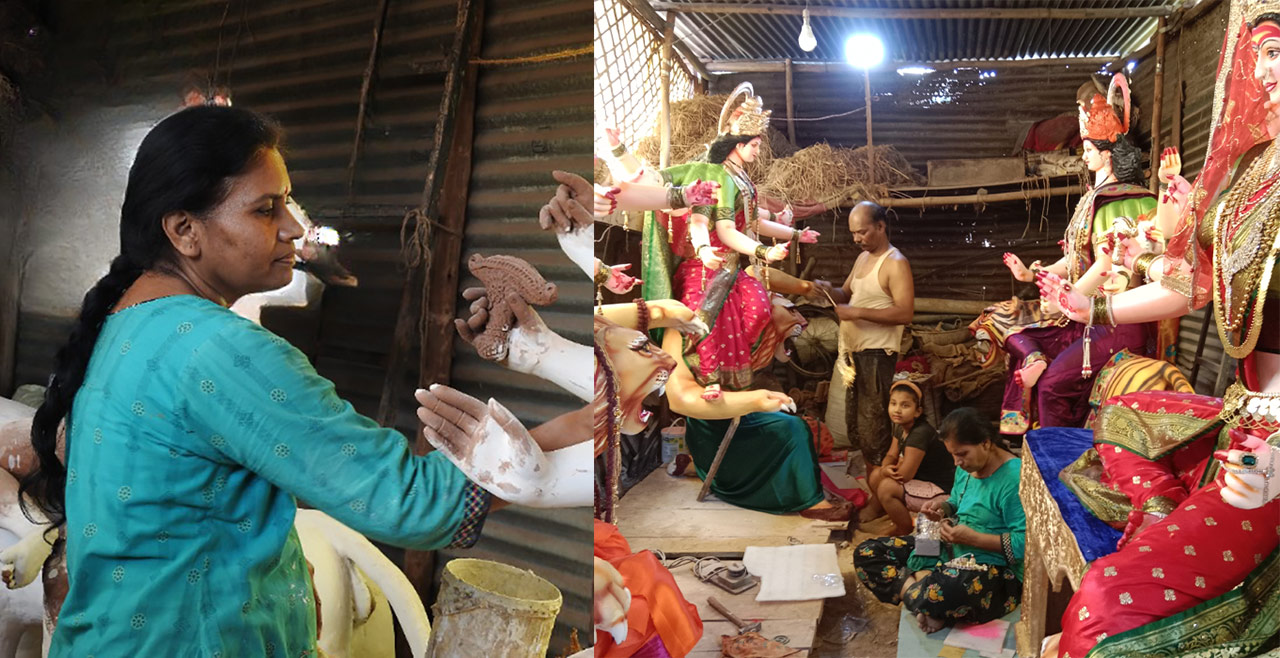 So, the occupation of sculpting didn’t come to Ranjana as a choice but she was compelled by the circumstances to take the reins in her hand. Her father was a sculptor who had gathered fame in the local circle of clay sculptors. However, due to the sudden illness, someone had to continue his legacy on account of two things. Firstly, sculpting was the source of livelihood for the family. And secondly, Ranjana was the eldest child and had to take care of her two brothers, who were young then.

Thus, destiny betrothed the young girl to the art, and now for more than twenty years, the sculptress is assiduously practicing the occupation.

While Lavhekar sculpts idols for a range of festivities, it is Durga sculpting that has a special place in her heart. “Durga Mandals have relations with us since my father’s days. I have always been conscious of keeping that promise,” says Lavhekar. “However, living up to the expectation wasn’t easy as I had to build my skills from scratch,” she doesn’t forget to add.

Even though her two younger brothers assist her in the work, most of the work she manages by herself. “My youngest brother has a knack for eye painting. In any sculpting, the finishing work gives a final form to the idol,” she stresses. “Since my brothers work in other professions, they contribute to my work as much as they can,” the artist adds.

Notably, the artist has still been able to maintain the vim and vigour of her younger years.” Red clay sculpting is a strenuous job,” Ranjana says, as she winds a coir rope around a bunch of paddy straws and pulls it with full energy.  Indeed, right from kneading clay, creating frameworks, and rendering shapes to fine-touching body features, sculpting is a laborious endeavour, requiring great physical strength.

Apart from mastering sculpting niceties, it is worthy of admiration how as a young girl she would have managed relations with raw material vendors in a male-dominated space. “We need to procure paddy straw from rice-producing areas of eastern Vidarbha. Initially, I did face difficulties in coordinating with outstation vendors, but once I got accustomed to the process, it became a routine.”

The entire locality has a deep respect for Ranjana. Many feel that had it not been that illness in her family, the course would have been different for her.

Indeed, Ranjana is a gem of a person, who always keeps smiling, and speaks humbly.

When she says she didn’t marry, no explanation of the reason is required. One can make that she has devoted her life to the art and her family.

Destiny exscinded personal happiness from Ranjana’s life, however, she transformed her heart-wrenching story into an inspiring journey.

“You need to hang in there,” she says, with her face beaming with refulgence as much as the goddess’s, as she operates a brush on a Durga idol for giving the final touch.