India is a land of rich cultural heritage, which is enriched by myriad forms of folk arts as well. These folk art forms are an embodiment of the diverse cultures within the country and each one is different and unique from the rest. Every Indian state has its own folk art form, which are all beautiful and breathtaking. However, these art forms have been on the decline, some time back, but thanks to rising interest of people again in local arts, they have been thriving. Here are some of the best known folk art forms of India that are flourishing today with a well-established market for their artefacts –

Warli is an art form indigenous to the tribal natives of Thane and Nashik situated in Maharashtra, which involves wall paintings done by the men and women of Warli, Malkhar kholi, Dhodi, Kathodi and Kokana tribes. These tribes are residents of the northern outskirts of Mumbai, mainly in the Western India. Found embossed on the mud walls of the local houses this art was first founded in the early seventies. The Warli art form depicts instances of social life of the tribes and also document the most important events like marriage, festivals, etc. 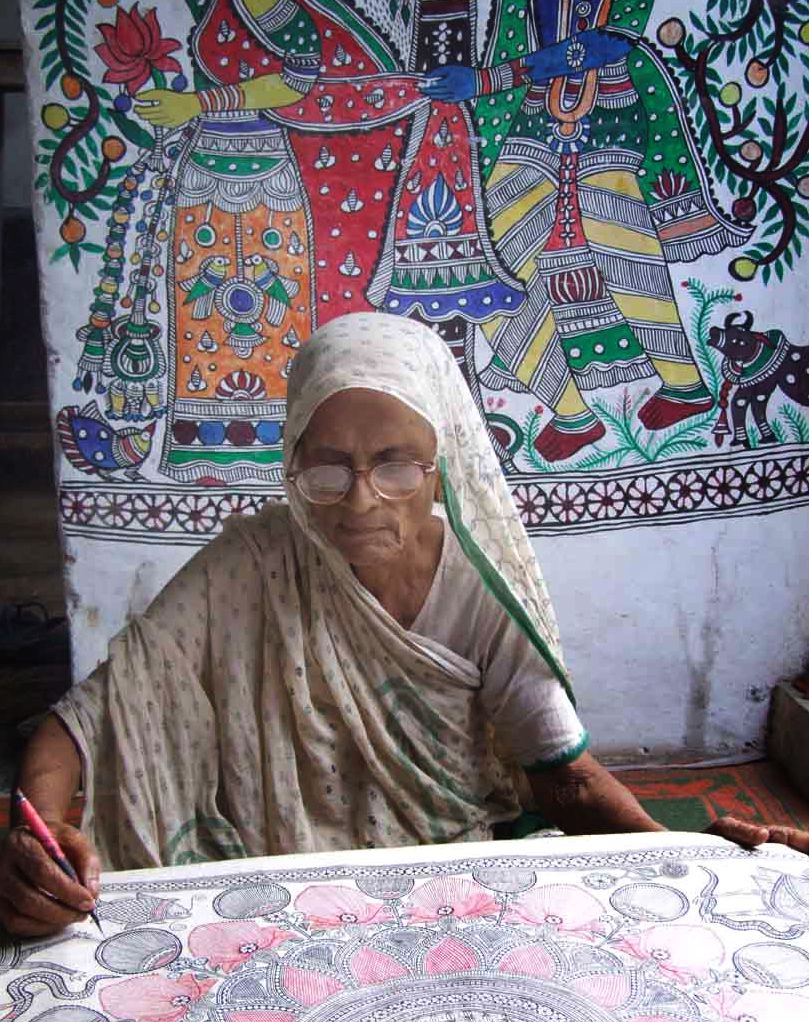 Madhubani art is mainly practiced in the state of Bihar and Mithila region of Nepal. These paintings are mainly done on handmade paper or cloth with nib-pens, twigs, brushes and sometimes matchsticks. This art is mostly practiced by the women of the regions and has been practiced for centuries. The paintings depict stories from Indian epics such as the wedding of Ram Sita from Ramayana and Krishna Rukmini wedding from Mahabharata. The paintings have a unique geometrical pattern in them and no space is left empty.

Chittara art form is practiced by a community named Deewaru in Shimoga and Uttar Kannada districts of Karnataka. The walls of the houses are covered in red mud and upon the mud white paintings are drawn beautifully with rice paste and white mud. Like all other folk arts, the materials used are completely natural including barks of trees, seeds, coal, rice flour and berries to name a few. A special kind of brush made with natural fibres and grass straw is used to draw on the walls, frames of doors, window frames and floors.

Pata Chitra is a type of folk art largely followed in the states of Odisha and West Bengal. The Bengal version of the art is called “Pata Chitra” and the paintings have an identifying feature of vibrant colours. These colours were extracted from spices, soot, earth, flowers and a variety of other natural things. The art form depicts retrograde social practices in order to prevent people from doing it. Developed hundreds of years before, the art is synonymous of the time when vagabond minstrels used to travel the state singing folk songs about life and struggles.

Gond art is a type of Indian folk art which is primarily based in the Gond tribal regions living central India. The art is inspired by the life and culture of the Gond tribes and the paintings depicts natural features like rivers, hills, streams and forests. Made on the walls, ceilings and floor during traditional customs and festivals, the Gond art demands attention of every visitor. What is special is the fact that the paintings are made with a series of dot and dashes arranged beautifully into patterns and pictures. The art form is similar to the culture of tattooing that is largely prevalent among Gond tribes.

‘Kalam’ in Hindi means pen, and ‘kari’ denotes work. This art form is done with fine bamboo pens made by the artists themselves. This unique style of painting was developed in the historic places of Sri Kalahasti and Masulipatnam in Andhra Pradesh. Kalamkari flourished during the rule of Golconda Sultans and some paintings have Persian influences as well. Vegetable inks are most widely used source of paints. A recent style called Karuppur has the fabric enhanced with a golden brocade and is meant for royal families.

This art style is based on Mughal miniatures, but soon the delicate art of miniature painting acquired its own form in Rajasthan. Rajasthani miniatures have a strong presence in Mewar (Udaipur), Kotah, Bundi, Jaipur and Kishangarh regions of Rajasthan. Drawn on paper, ivory, marbles, leather, walls, wooden tables, floors and leather this folk art form uses unique exaggerated features. These include large eyes which are almond shaped, long fingers and long necks. Originally from Persia and brought in by the Mughal invaders, this painting now possesses strong influence from the regions of Rajasthan.