Imagining A World Without Art? 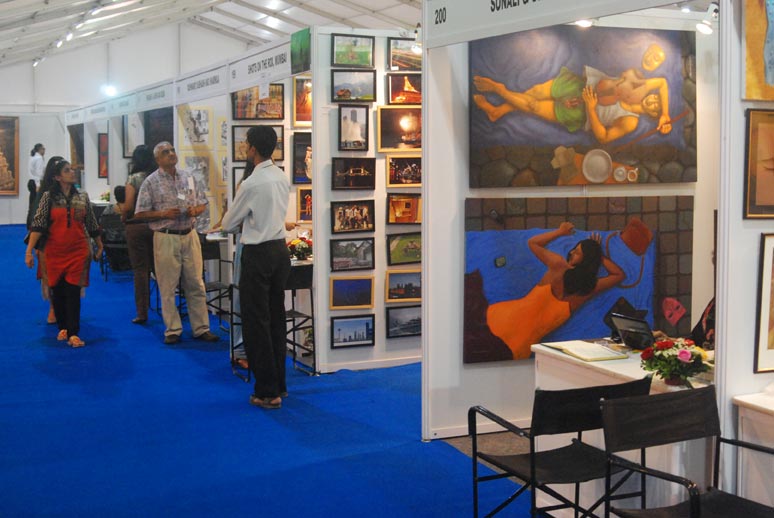 A friend of mine informed me the Indian Art Festival is happening in city. Being a fine art fanatic, I was quite eager to participate in it. While he made an effort to inform me about it, he was cynical about the purpose the festival serves. Being an extremely pragmatic person, he felt art has no role to play in our society where everything is driven by economics. Is it?

Art is an expression of human forms to depict the neural connections developed in the left hemisphere of the brain which solicits creativity. It is in every form of existence ranging from an author writing a book that would never be published, to a social networking freak trying to crack a witty comment, to a tailor stitching a blouse for his client, to a guy cooking dinner for his woman, to an artist’s painting the street walls on a theme, to a guitarist collaborating the chords to the music created by the song writer of his band, to the blind weaving beads to make some jewellery, to the stunt rider performing for a mass of riders, to making love.

Shakespeare and Mozart would have been mere names. Dinners would be like somebody eating the weeds from their garden everyday and claiming malnourishment as a trend. There would be nobody who would think about death and birth after getting high on Mary Jane. Sans art the Earth would not have been round and Newton would still be staring at the rotten apple sitting under that tree.

If you like fancy text and would like it to create one for yourself, try this Word art generator app available on google Play store.