Music has been an inevitable part of Indian art and culture. Over the years, Indian music has evolved very much by adopting and experimenting with a number of genres, in order to match the taste of the audiences. From pop bands to metal bands to solo singers, our country has it all! But music as we know it today, has come a really long way. Amidst the wave of contemporary music and artists, certain musicians from our yesteryears still remain in our hearts forever.

Here is a list of five such Indian Pop bands and Singers that ruled our Music Industry a few years ago:

Colonial Cousins was formed by the legendary duo – Hariharan, the lead singer and Leslie Lewis, the composer. They started collaborating in 1992 by fusing Indian and Western music. Ever since the two came together, they have done jingles, albums, live shows and playback singing and are now into film music composing. This twosome is often cited as an example of fusion done right — where Hariharan’s deep and free-flowing vocals and Leslie’s innovative jazz arrangements create varied emotions in listeners’ hearts.

They bagged the MTV Asia Viewer’s Choice Award and then the U.S. Billboard Viewer’s Choice Award for their debut self-titled album. The duo gave the traditional Carnatic composition “Krishna nee begane baro” a contemporary twist and the world hummed along. They followed this success with two more albums “The Way We Do It” and “Aatma” both of which received a lot of love.

Lucky Ali is a man who needs no introduction. The singer, who once ruled the pop charts, is widely known for his songs O Sanam, Tere Mere Saath, Jaane Kya Dhoondta Hai, and Mausam, among many others. Lucky Ali needs no introduction. His songs speak a unique language, they’re invigorating, soul-stirring and paired with his husky voice, the guy can truly teleport you to a different dimension. It was this distinctive music style and untrained voice he became known for  – elements that helped him emerge as a leading figure in Indipop during the period. As one can imagine Lucky Ali is the recipient of several prestigious awards some of which include  the Best Pop Male Vocalist at the 1996 Screen Awards and the Channel V Viewers Choice Award in 1997 and was also nominated under the category of indie-pop at the MTV Video Music Awards, which is an international level award for his debut album titled “Sunoh”.

Known as the “Indian Madonna”, Alisha Chinai was a leading pop singer, who can be given the credit for bringing the trend of pop music to India. Alisha’s initial foray into the music industry was through her album, Jadoo, the music for which was composed by Anu Malik. She also had another album titled “Babydoll”. She was introduced to Hindi film music by the veteran music director and composer Bappi Lahiri whom she had many disco hits within many films in the 1980s including “Tarzan”, Dance Dance, Commando, Guru, Love Love Love etc, and by the 1990s she had become known as the ‘Queen of Indipop’. Her best-known songs were with producers Anu Malik and Biddu during the 1990s. Her most renowned song is Made in India from the album with the same name which went on to become one of the highest-selling pop albums of its time, making Alisha became a household name. In 2005, Chinai’s career reached a new high when she recorded “Kajra Re”  for the movie Bunty Aur Babli. The song was an instant hit and won her a Filmfare Award for Best Female Playback Singer. 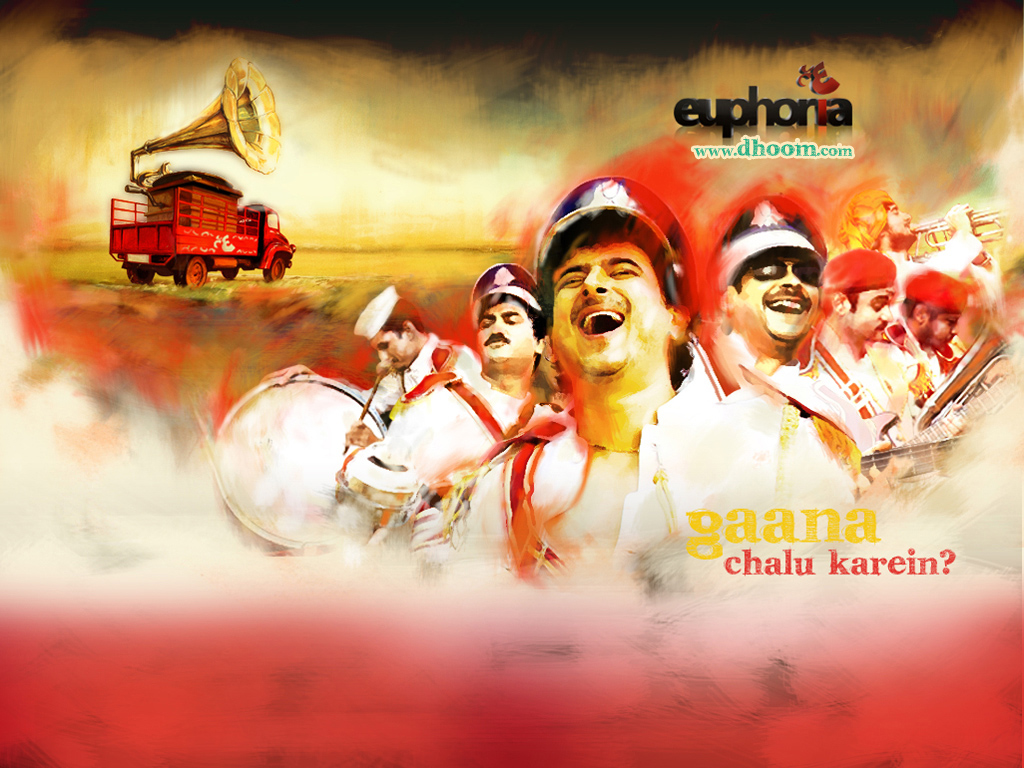 A favourite of millions, this band’s music is quirky and quite awesome to be frank. Dr. Palash Sen, the band’s front man has definitely come a long way since the its formation in the country’s capital, Delhi in 1988. My favorite sound tracks from this band are Mehfuz (Re Dhoom), Maaeri (Re Dhoom), Aana Meri Gully (2003) and Dhoom Pichuk (1998). This band has mastered the tempo in its own way which captivates their audiences.

Perhaps there is not even a single person born in the 80’s and 90’s who did not hear Sonu Nigam’s mellifluous voice and even now we continue to hear his songs. A gifted child, Nigam started singing by the tender age of 4 and started recording for films by 19. Some of his famous songs are Sandese Aate Hai (Film: Border 1997), Sau Dard and Mere Haath Mein (Fanaa 2006) and Love is a Waste of Time (Pk 2014). My personal favorite Sonu song is Aajnabi Seher Mein (Jaan-e-Mann 2006) as it is very soul stirring.

Indian Ocean is considered as one of the greatest bands in India and the pioneers of fusion rock in the country. Formed at New Delhi in 1990, this band has reached its pinnacle a few years back with hit songs like Bandeh (Film: Black Friday, 2004). Their celebrated bassist Rahul Ram lent his voice to many films like Gulaal and D-Day. Some of the songs worth mentioning are Sone ki Nagri (16/330 Khajoor Road, 2011), Kandisa (Kandisa, 2000) and many others.

Born in Bombay in a Tamil Brahmin family, Usha actually hails from Chennai. She pioneered the Indian pop in her own unique style which very few musicians have been able to achieve. Her deep voice coupled with music earned her many accolades; she sang at night bars previously and now does playback singing for many films including Don2, Disco Dancer, 7 Khoon Maaf and many others.

Silk Route started in the year 1998 with their album Boondein with Mohit Chauhan as the lead vocalist and guitarist, Kem Trivedi on the keyboard, Atul Mittal as the lead guitarist, clarinet-player, and backing vocals, and Kenny Puri as the percussionist and drummer. The band is much endeared for the song Dooba-Dooba from their acclaimed debut album in 1998, Boondein a track that still plays in our heads from time to time. They have always been acclaimed for adding a distinct touch to their music by using acoustic guitars, talking drums and harmonica and primarily by the use of Recorder, a 17th-century European folk musical instrument played by Kem Trivedi. Citing Simon and Garfunkel and Dire Straits as their influences, Silk Route have bagged several major awards like Best Debut’, ‘Best Music Video’ and ‘Best Indian Group’ which helped them solidify their names and achieve notable mainstream success.

Bombay Vikings was first launched in the year 1994 by Neeraj Shridhar, along with his co-musicians Mats Nordenborg, and Oscar Soderberg. Later as the original members of the band moved on, and Neeraj included new members. The band caused quite a sensation in India with their unusual style of blending of classical Bollywood and European music genres. In no time, they got immensely popular and it helped them surge the popularity chart in India and abroad. One of the major reasons for their popularity was that they were the first musical group from India to produce songs in the youth’s language; Hinglish.

From Kya surat hai to Woh chali and Chhod do aanchal – if you’ve grown up listening to indie-pop in the ’90s, this band will definitely tug at your heartstrings.

A relatively recent one in the Indian music scenario, this band has taken the world music scenario by storm. Formed in Kochi in 1996 their infusion of rock and Indian carnatic music is mind blowing. If you have not heard them before just give them a try. Songs worth mentioning are Disillusioned (2001), Fields of Sound , Broken, and Maktub (Maktub 2008). Music transcends our soul; you’ll definitely get this feeling after hearing Motherjane.

These are just a few among many musicians that created a wave in the bygone era. Who are your favourites? Let us know in the comments.