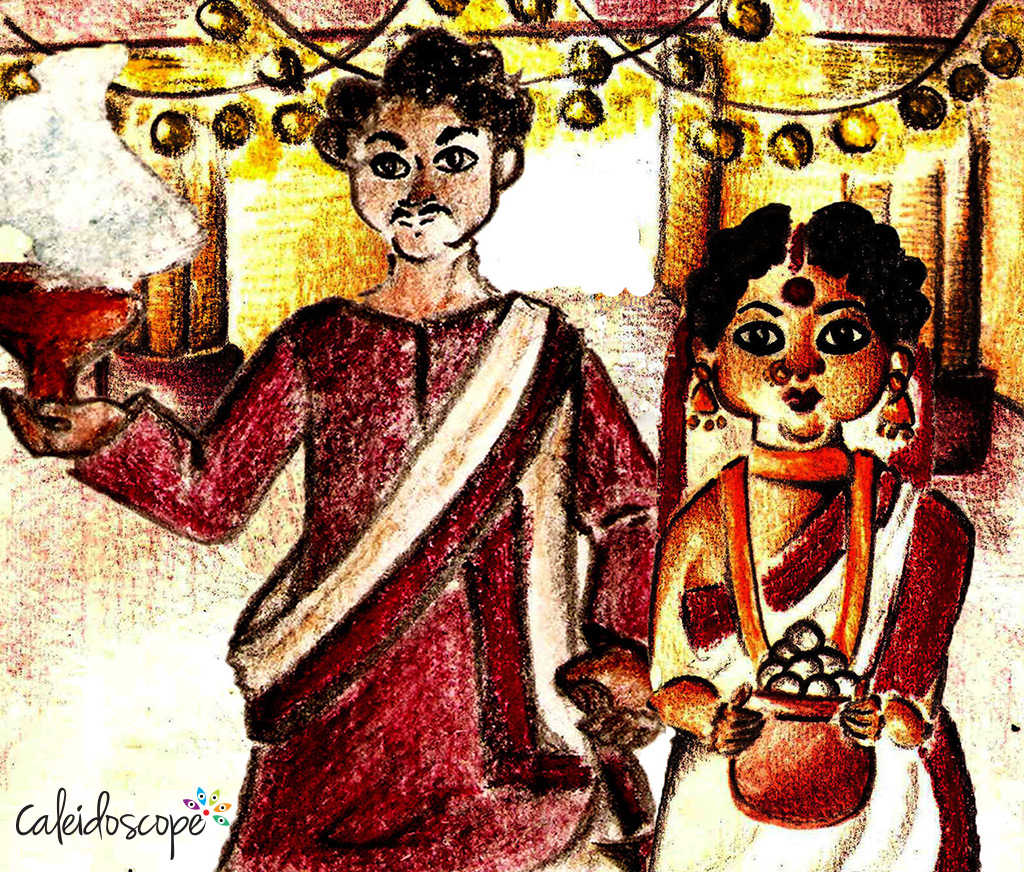 The word ‘Bengali’ evokes a lot of emotion and is synonymous with art, culture, food, music, cinema and everything connected to finer aspects of life. Truly as the famous saying goes, “What Bengal thinks today, India thinks tomorrow!” a Bengali was considered an intellectual leader during the British Raj. However, decay set in after independence and the Bengali Bhadralok seems to be still stuck with reminiscing in the retrospective! In fact the various addas can be seen in the city’s coffee houses, city halls and libraries, where the so called “intellectual crowd” engaged in heated debate!

The city of Kolkata can be defined as an archive colonial heritage; a birthplace of great ideas, great minds, revolutionaries, and revolutions; a dense, convergent flux of diverse ethnicities. In this article, I try to highlight some main features of the city’s culture.

Like most cities, an essense of Kolkata’s diverse ethnicity can be assimilated from its neighbourhoods and localities. There’s Central Kolkata, the business district, which has the urban park in the city, there’s South Kolkata, which houses the city’s wealthy, and there are neighbourhoods like Dharmatala, which merge historic buildings with residential complexes.

But the most important, from the lens of ethnic cohabitation, is probably Bowbazar. The area resides Hindus, Sikhs, Buddhists, Muslims, Parsis, all in a harmonious and mutually respectful coexistence. Apart from the commonly seen places of worship, there is a Zoroastrian temple, a Buddhist temple, a Synagogue, and an Armenian Church. Bowbazar’s living is a lesson in tolerance for the world.

Kolkata houses an enviable number of historical buildings, most of which are still in use. A substantial number of structures were built during the colonial period and are follow the European style. An evolution can be noticed from those built in the eighteenth century, like Fort William, and those built during last decades of the British Rule, like the Victoria Memorial.

Despite the acceptable western influence, Kolkata was also able to develop its own distinct, or rather a fusion, architectural style. This can be seen in buildings like the Jorasanko Thakur Bari, Rabindranath Tagore’s childhood home, the old Asiatic Society building, and the mansions on Bishop Lefroy Road. There are also areas like the Salt Lake City, which were planned in the decades following the Independence, and house modern, 21st century residential buildings.

In the early years of the Indian Independence Struggle, being the capital of the British Raj, Calcutta was almost the ideological centre of the freedom movement and nationalist thought.

In the Bengal Renaissance, Calcutta served as the source of socio-religious throughout the Raj. Prominent names include Raja Ram Mohan Roy, the social reformer, Ishwar Chandra Vidyasagar, of the Widows’ Remarriage Act, and Swami Vivekananda, a pioneer of Indian religious philosophy in the west. During the same period, Calcutta pretty much became the cultural centre of the Indian Subcontinent.

In literature, arts, and music, Kolkata has nurtured India’s and world’s greatest minds. Rabindranath Tagore, the world renowned Nobel laureate, Abanindranath Tagore, of the Bengal School, and Satyajit Ray, the father of parallel Indian cinema- all belong to a unending list of Kolkata’s greats.

Author Bio – Harry Jack is professional blogger & Marketer who has contributed to some of the best publications. At present he is working at The Squander. Harry loves writing on world culture & Lifestyle.

Kerala Sadya: A Must Try Culinary Wonder of Malayali Culture

Onam Festival – The Harbinger of Joy

Five Indian Curries You Must Taste to Celebrate the Indian Spices

5 Amazing Festivals of Kerala that You Must Experience!