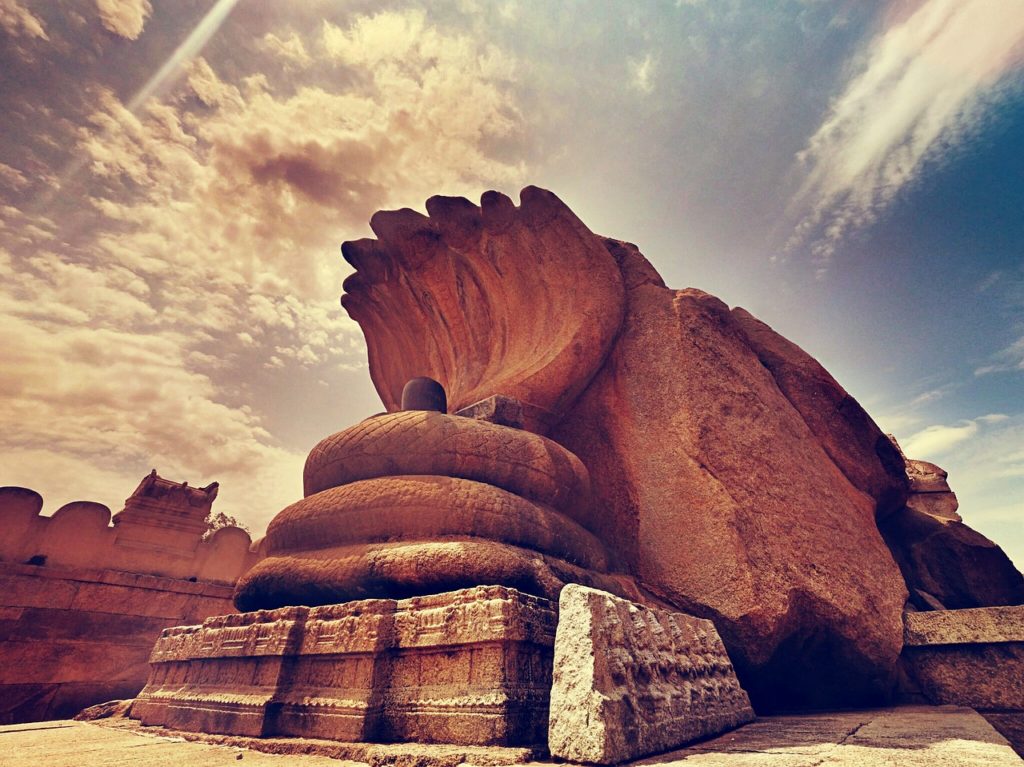 Ever since my childhood, I have had an interest in history and I consider myself lucky to be in a country whose strength lies in its glorious past. So during a weekend, when one of our relatives suggested us to visit the historical Lepakshi situated in Anantapur district of Andhra Pradesh, I jumped at the opportunity.

I had heard about the place before for two things: The presence of the largest monolithic Nandi and the famous Lepakshi design sarees. However, I still wondered if these reasons were enough to visit the place.

Lepakshi is just three hours away from Bangalore by road. So we started at around eight in the morning, took the Bangalore-Hyderabad highway, and reached our destination by noon. What surprised me during our journey was that there were hardly any sign boards to Lepakshi. For a long time, we did not know if we were heading in the right direction. 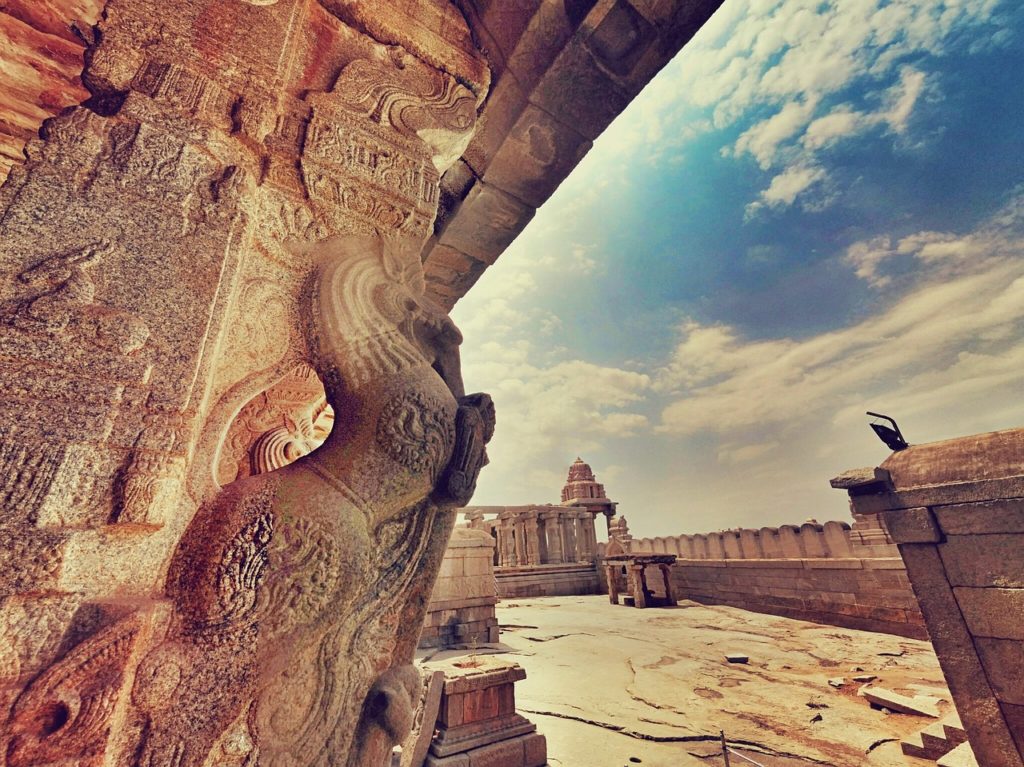 However, when we did reach the place, we were welcomed by the spectacular Nandi statue and it took us a while to fathom the beauty of the tall granite structure. In our excitement, we ran towards the bull statue that was so beautifully carved out of a single stone. We swelled with pride for the sculptors who built the 4.5 m high and 8.23m long Nandi, which is one of the largest monolithic bull statues in the country. The sculpture faces the Shiva linga in the temple and wears a ‘kassu maalai’, a coin necklace with a bell and earrings along with other jewellery.

We then walked around the park that is fairly well-maintained and visited the temple dedicated to Lord Veerbhadreshwara, an incarnation of Lord Shiva. In order to understand the architecture better, we caught hold of a guide, who told us that the temple belonged to the Vijayanagar Empire and was designed and built in the 16th century by two brothers, Viranna and Virupanna. 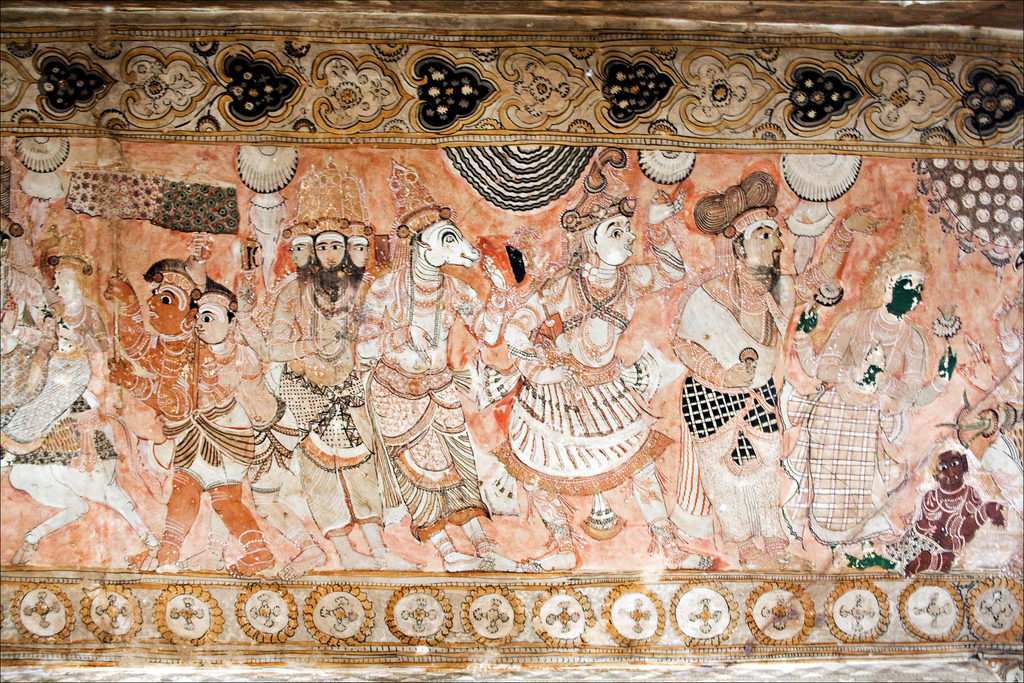 As we explored further, our guide showed us the mural paintings on the ceiling of the exquisite shrine that had the image of Lord Krishna and Rama, telling us the stories from Ramayana, Mahabharatha and the Puranas. Interestingly, the eyes of Lord Krishna in the painting seemed to follow us! Further, the work of art had me thinking of what our ancestors did ages before Michelangelo thought while painting the Sistine Chapel! However, the murals on the ceilings are now peeling off and are in dire need of restoration.

We also came across the hanging pillar, another awe-inspiring piece of architecture in the temple. Surprisingly, it happens to be the main pillar on which the shrine has been built. The guide expertly passed a piece of cloth underneath it to show us that the pillar does not rest fully on the ground. We, too, did our bit of investigation and realised that it is one of the best engineering marvels of yore. 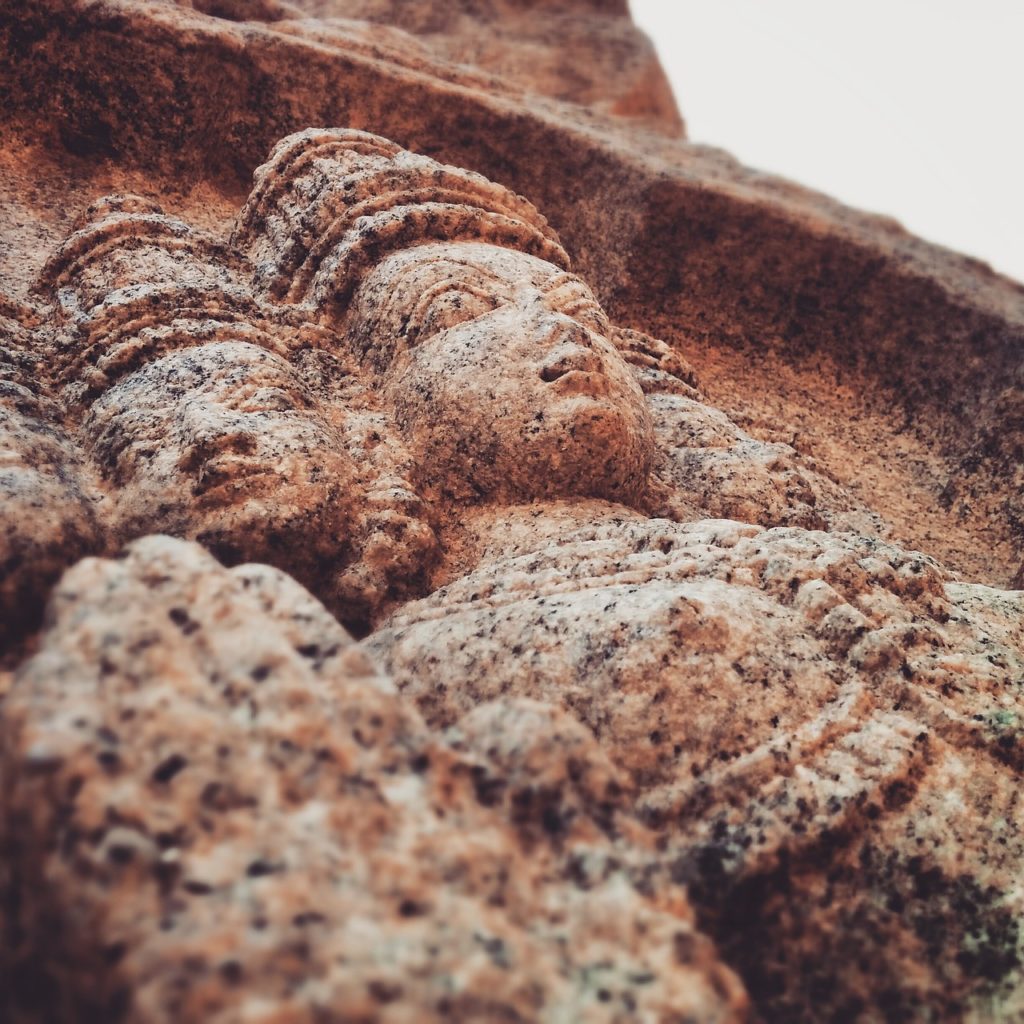 The Lepakshi temple also has an open-air Kalyana Mandapam, where Shiva Parvathi kalyanam is believed to have taken place in the presence of other gods and goddesses. But I wondered why the Kalyana Mandapam is left unfinished. Later I also noticed two red spots on the western walls of the temple. Little did I know there was a legend behind the two things!

According to the legend, the builder Virupanna was the treasurer of Vijayanagar Empire who utilised the treasury’s money to build the temple during the king’s absence. When the King returned from his campaign, he found the treasury had been emptied by Virupanna, and he ordered that the treasurer to be blinded. Angered by this command, Virupanna carried out his punishment himself. So the red blotches on the walls of the unfinished Kalyana Mandapa are nothing but his eyes! 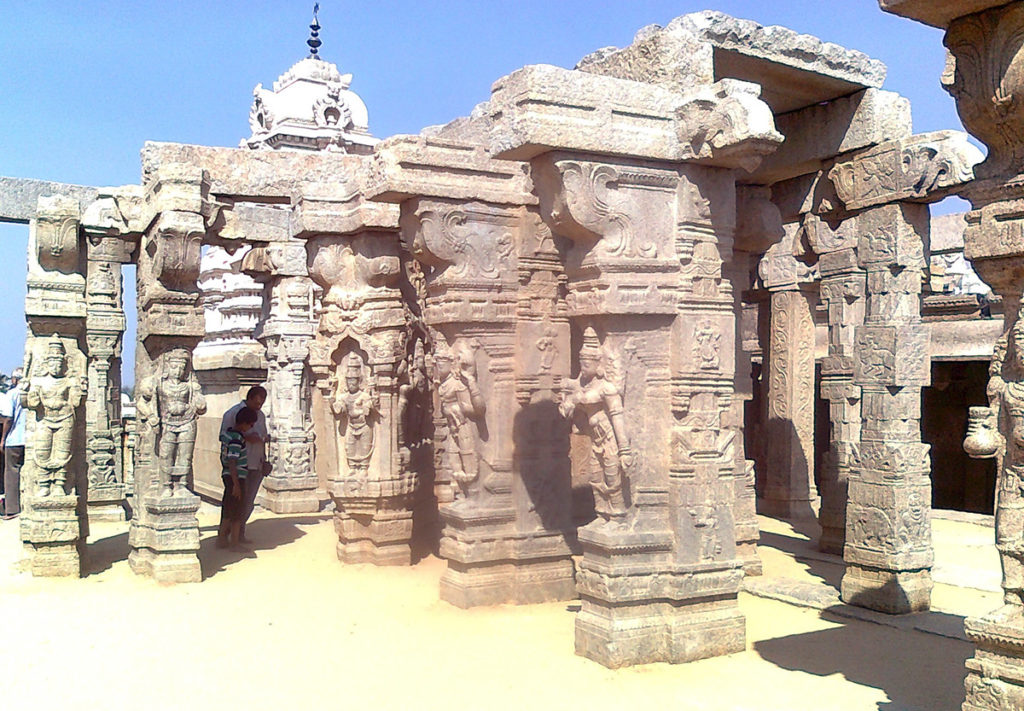 Meanwhile, there are beautiful intricate designs along the border of every pillar and wall and the designs could also be seen on Lepakshi sarees. Every design is unique and quite intricate. These architects sure had some foresight that we Indian women need lovely saris!

After taking a tour of the temple, we sat silently gazing for some time, letting the spectacular architecture of the place sink into our hearts. We huddled under a tree and looked at the glistening shrine one last time. Even after we returned to the hustle bustle of our city, the murals, the inscriptions and the hanging pillar are all etched in our minds forever.

Before heading to Lepakshi, make sure you carry a food basket and a bottle of water, for there are not many eateries on the way. There is an AP tourism restaurant, but it does not provide much.