Nayanika Vyas – Following the Dancing Dream One Step at a Time! 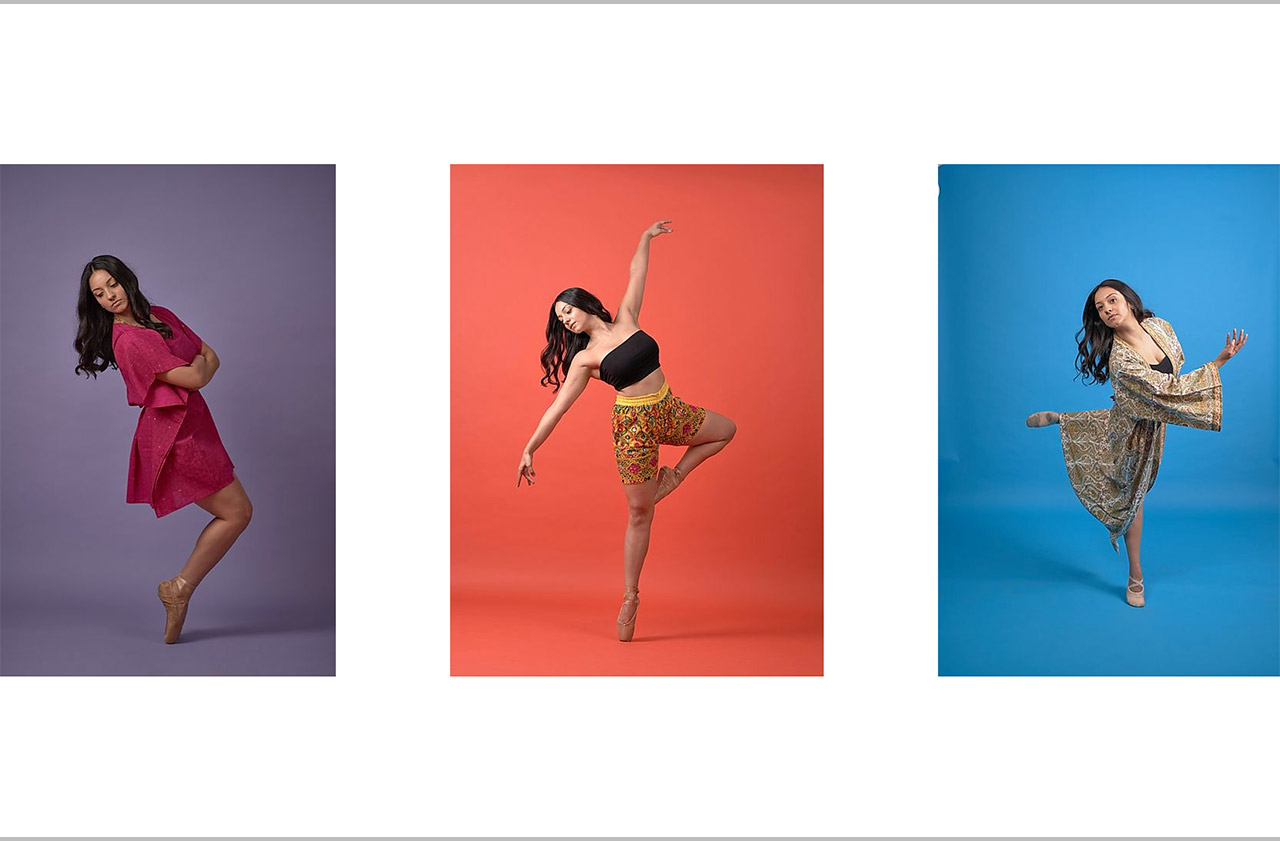 “As a young girl of five in India, I dreamed of becoming a professional dancer one day. Spotlight on, dancing center stage with joy coursing through my veins, every moment a thrilling experience. As I grew older, this dream gained clarity and focus. Like a magnet, it drew me, compelled me,” says Nayanika Vyas. And perhaps there is no better way to surmise her love and passion for her art!

Nayanika enrolled in a dance school in Delhi at the tender age of 5. But she always wanted to further her knowledge in her chosen art form and chose not to compromise or settle for anything lesser. She became the first native Indian in The University of the Arts in Philadelphia and one of the first Indians in the USA to do her Bachelors in Dance. Trained in various dance forms, including Ballet, Modern, Contemporary and Jazz, Nayanika didn’t find it easy to pursue and learn her art. “An education in Dance for a bachelor’s degree does not currently exist in India. Since I was unable to attend any of the live auditions due to the distance, I rehearsed and recorded videos of me doing my various classes in Delhi. Soon after my applications, I received two couriers from The University of the Arts in Philadelphia, granting me acceptance into their university for a BFA in Dance. The second courier were scholarship letters offering me an International Presidential Scholarship as well as a Dean’s Scholarship for all four years.” 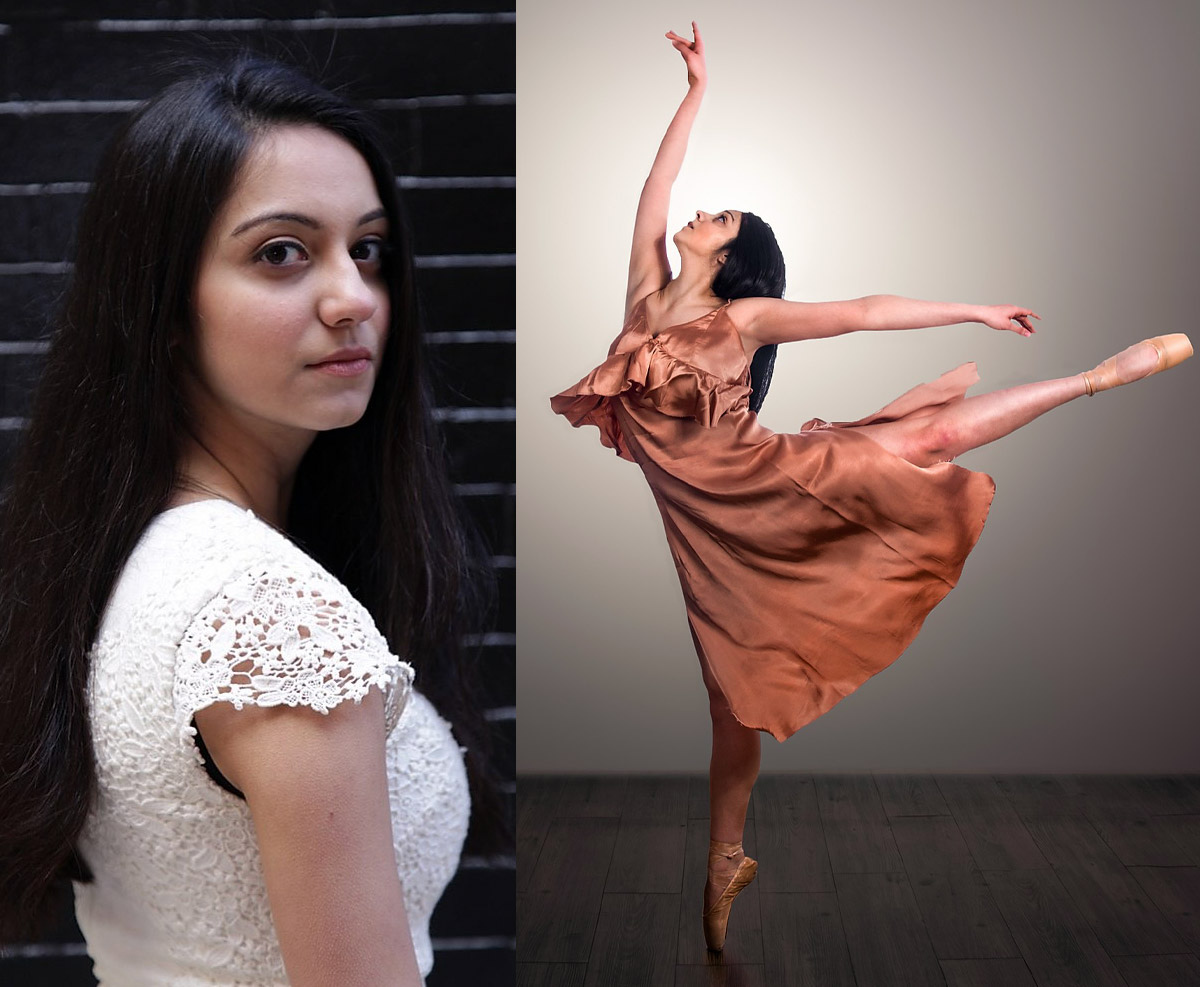 Her determination finally paid off when she was able to sharpen her skills and study her lifelong passion. After her graduation, however, she moved to New York as a performer and a dance teacher.

The performer with a ‘never – quit’ attitude

When Nayanika was 15 she was roped in as the youngest dance member of a Musical called ‘Jhumroo’ at the Kingdom of Dreams. She performed in more than a 100 shows with Jhumroo and credits the musical for giving her unforgettable experience and skill. These were also the crucial years in her academic life and Nayanika did struggle with her grades for a while. However, in the last year of her high school she decided to give it her all and regimented herself to a routine squeezing her dance rehearsals and studies simultaneously and often staying up at nights to let not her academics suffer. Her hard work was rewarded by excellent grades in her school board exams giving her the confidence to prove to herself her true character, mettle and fighting spirit.  And it was this very same spirit that helped her later in her career too. 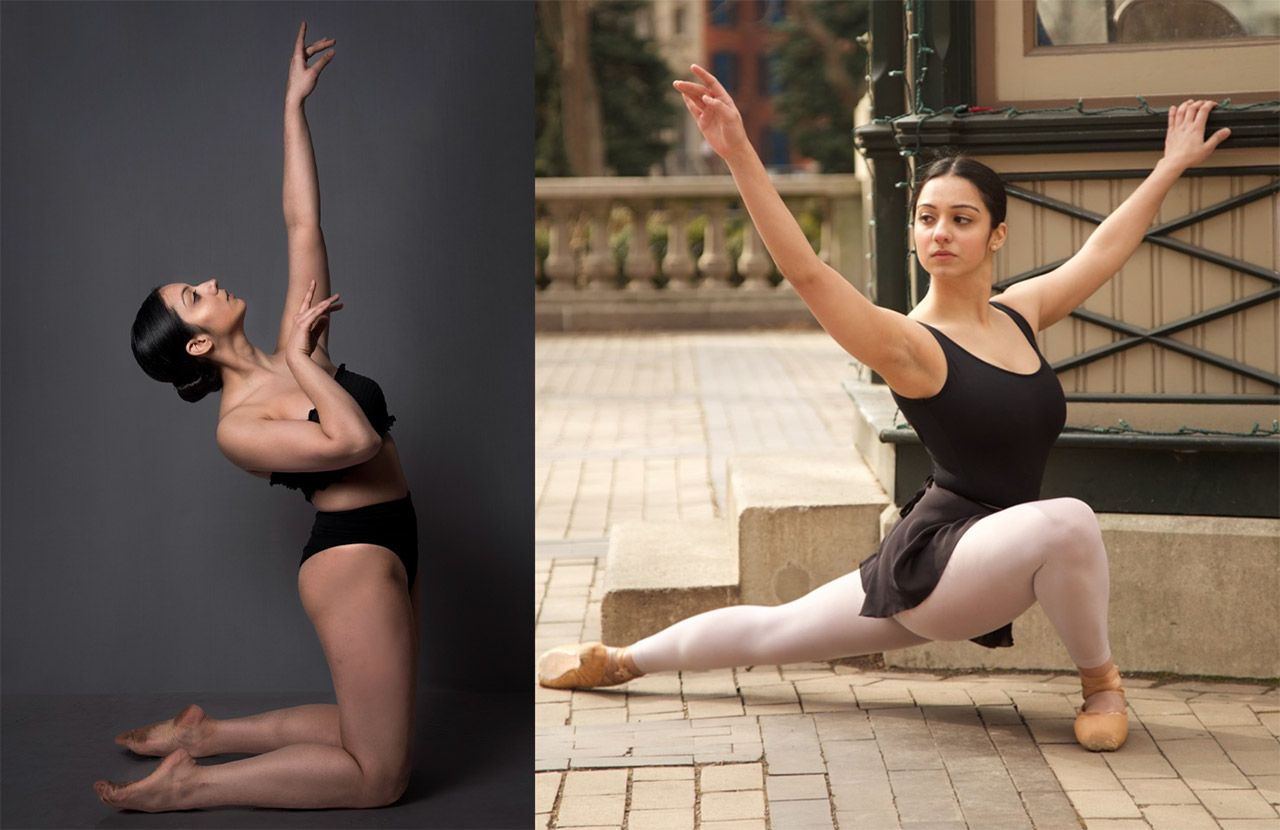 Where on one hand she began performing early, she struggled to gain work and recognition after she completed her graduation in dance. Nayanika’s journey seemed to hit various roadblocks as she worked hard to find a related job. She auditioned for months and yes, she was ‘the most different looking face in the room’, yet, she didn’t choose to give up or feel bitter. Instead she ‘pursued resilience day after day and was determined to be victorious.’ She was usually the only person who was not tall, white and American, but finally her efforts paid off after auditioning for almost fifty companies when she signed a contract with a contemporary ballet dance company called Bloodline Dance Theatre.

This was just the beginning as Nayanika signed her next contract with a company specializing in Indian dance called Ajna. She has various performances under her repertoire including a performance at the Premier of Earth , (a full length dance event that addressed Global Warming) choreographed by Eryc Taylor Dance- a world renowned Modern dance company based in NYC in September 2019.

Some of the other notable performances are Theories and Apologies by Lamont Joseph (Bloodline Theatre) in 2019, Residue by Sidra Bell in 2018, Woven by Gary Jeter in 2017 etc. 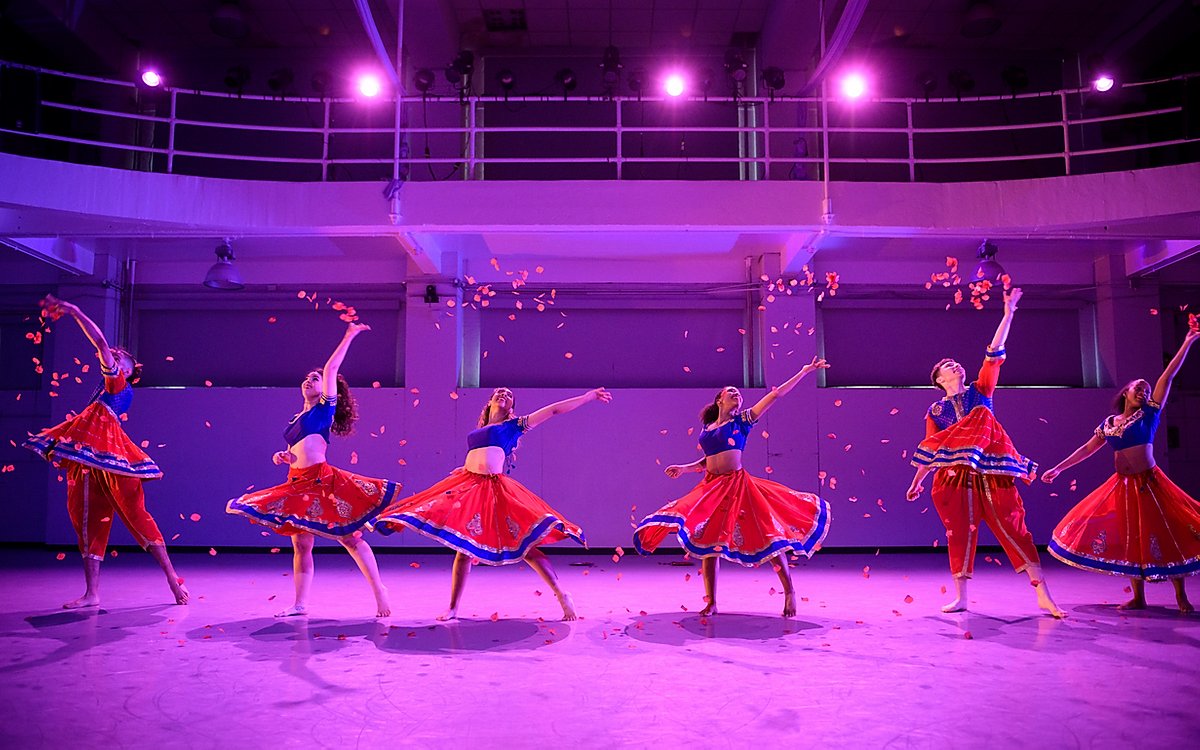 “Being the first native Indian in my University pursuing an education in Dance, I was thrilled to have broken boundaries and inspired other young artists back home to build their passion into a career. As the years went by, I received numerous emails from other aspiring dancers who wanted to follow my path”, says Nayanika. It was time she decided to give back to dance what she had so generously received from it. And hence, she started working as a Teaching Artist with prominent organizations, such as Dance Theatre of Harlem, Young Dancers in Repertory and Public schools of New York. She is also a Teaching Artist at DMF Youth, Ajna Dance and a Ballet and Jazz teacher at The Danceworx for kids. In fact, she has also held dance classes every summer in New Delhi since 2015-2018.

And yet she acknowledges that she has a long way to go by saying, “I aim to undergo diverse and rigorous training from performing dance companies around the US and armed with knowledge, experience and confidence return to my own country to begin my own dance company for those who share my passion for dance but remain deprived of technical training due to lack of opportunity or resources as I have experienced.”

It is true that India is the homeland of some of the most wonderful dance forms of the world, yet, Nayanika makes a valid point when she says that “I have grown up listening to people telling me to pick a career that was better recognized, better paid, better respected or just “better”.

It is heartening to know that Nayanika wants to play her part in changing perceptions and opening up avenues for youngsters to pursue different dance forms with passion and confidence. She is silently paving the way for a future of ballet and contemporary dancers who will hopefully not only benefit from her skill and learning, but also, from her spirit, resilience and confidence. For someone who truly believes in chasing her dreams, we hope Nayanika continues to inspire, conquer and excel!