Reminiscing The Journey of Bollywood Music Through The Decades

What would Bollywood movies be without music? Ever thought about that? It is difficult, ain’t it? Songs are an integral part of the movies. So much that now even before the film’s release, it is the music that first gets the opportunity in determining the movie’s success rate at the box office. However, its journey has not been that easy. Over the years, it has refined itself only to suit the listeners’ taste in music. And this is evident right from the nasal songs of the 1940s to the pop songs of the 2000s. As Indian cinema has completed a century, it would be interesting to look back at the journey of Bollywood music.

In the 1930, Indian movies had found the ‘sound,’ in the movies. However, the concept of playback singing was still at some distance, for the actors in the movies were not just good looking but were also great good singers. In fact, the filmmakers were even ready to compromise on the ‘face value’ if the actor possessed exceptional singing qualities. Songs lacked versatility and ragas were the only major constituent of Bollywood music. However, even during the nascent stage, songs became an integral part of the industry with an average of more than eight songs per movie.

The 1940s saw playback singing gaining popularity. The music at this point belonged to different gharanas. Lyrics were laboriously prepared to suit the theme of the movie. One of the most prominent styles of this era was heavy thumri-style. Further, nasal singing paved the way ahead for Bollywood music and required certain energy and strenuous training, an art Hemant Kumar excelled at. Under this decade, Bollywood movie industry was gifted with singers like Geeta Dutt, Lata Mangeshkar, Hemant Kumar, Mohd. Rafi, S D Burman and Madan Mohan.

The 1950s belonged to a new, independent and confident India. Ironically, till Britons were here, people detested western lifestyle. However, after they had left, youngsters started embracing their culture. Songs were soulful, free of complicated ragas and saw a rapid, wholesome development. Instruments like trumpet, guitar, harmonica, oboe and sax were adequately used in the movies. Rock rhythms, too, were introduced and lyrics were inspired by the western style. Numbers like Shin Shinaki Boobla Boo, Ina Mina Dika gained popularity. Music directors were the biggest beneficiaries of this trend. Each music director had their own favorite team of singers, orchestra, and even stars. Pairs like Shankar-Jaikishan, Laxmikant-Pyarelal gifted perfect blend of music to Bollywood.

Western music that started in the 50s touched new heights in this decade. The industry saw a liberal use of jazz and rock-n-roll as actor/singer Kishore Kumar and music composer R D Burman rose to popularity. During the mid of the decade, cabaret songs were introduced and was liked by many instantly. This decade also saw youngsters thronging discotheques like never before and songs were composed only suit the dance steps. Indian musical notes saw fewer buyers and lyrics started losing its meaning. Fast music, heart throbbing beats, and alluring tunes dominated the decade.

Similar to the 60s, this decade, too, continued making movies that were largely based on the gangsters and the underworld. But alongside, family drama too gained prominence. Cabaret music was still alive, however, was slowly being taken over by the simple, melodious songs. These songs often depicted love, romance, and longing and were quite different from the 40s and 50s in terms of hitting the intricate musical notes, altering voice pitches or heavy lyrics. Simplicity was the mantra of these songs. They were more melodious and often had a humming quality. As for fast songs, the beats were often overshadowed by the wavering pitch of voice, a signature style of RD Burman. Around the same time, disco music gained popularity. Equally popular was the newly introduced ‘yoodleedoo’ style of Kishore Kumar, a style that requires hitting uneven notes.

It was in this decade that the trend of fast songs and cabaret style lost its sheen. Disco music did continue, but it was not all about the beats. Some melodious notes were perfectly blended to give it a nice texture, an art that was introduced and developed by Bappi Lahiri. The latter years of this decade saw music directors inclining more towards soft, simple music. The decade also saw the entry of new genre in soft music, thanks to the likes of Kumar Sanu and Udit Narayan.

The songs in this decade are remembered for their romantic lyrics. After a gap of few decades, the lyricists gained importance they once enjoyed. Romance and longing were the main themes of the music in the 90s. The Mozart of Madras, AR Rahman was instrumental in popularizing keyboard music in this era. While Bollywood bid goodbye to Cabaret songs, the audience continued to enjoy soulful music. Besides soft romantic music, pop song and remix, too, became a huge hit among the music enthusiasts. Meanwhile, new age contemporary ghazals were also introduced and singers like Pankaj Udhas and Jagjit Singh garnered a huge fan base. In fact, ghazals almost became an indivisible part of romantic movies. 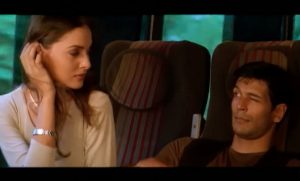 Versatility and experiment are the best terms to describe this decade. The year 2000 is accentuated by several short-lived trends. Heavy lyrics and intricate musical notes were reintroduced in this decade, especially in period movies. Ghazals were presented in a separate album rather than using them in movies. Though starting of the decade saw the emergence of youth-oriented songs, its latter part was more inclined towards composing a mature music with a more settled aura. However, there were simply too many genres, experiments, and musicians to ascertain a particular influence. We can rightly say that it was an era when the music industry wanted to redefine itself thoroughly and experiment with different genres.