Simon Thacker Presents the World Premiere of Pashyanti on Guitar 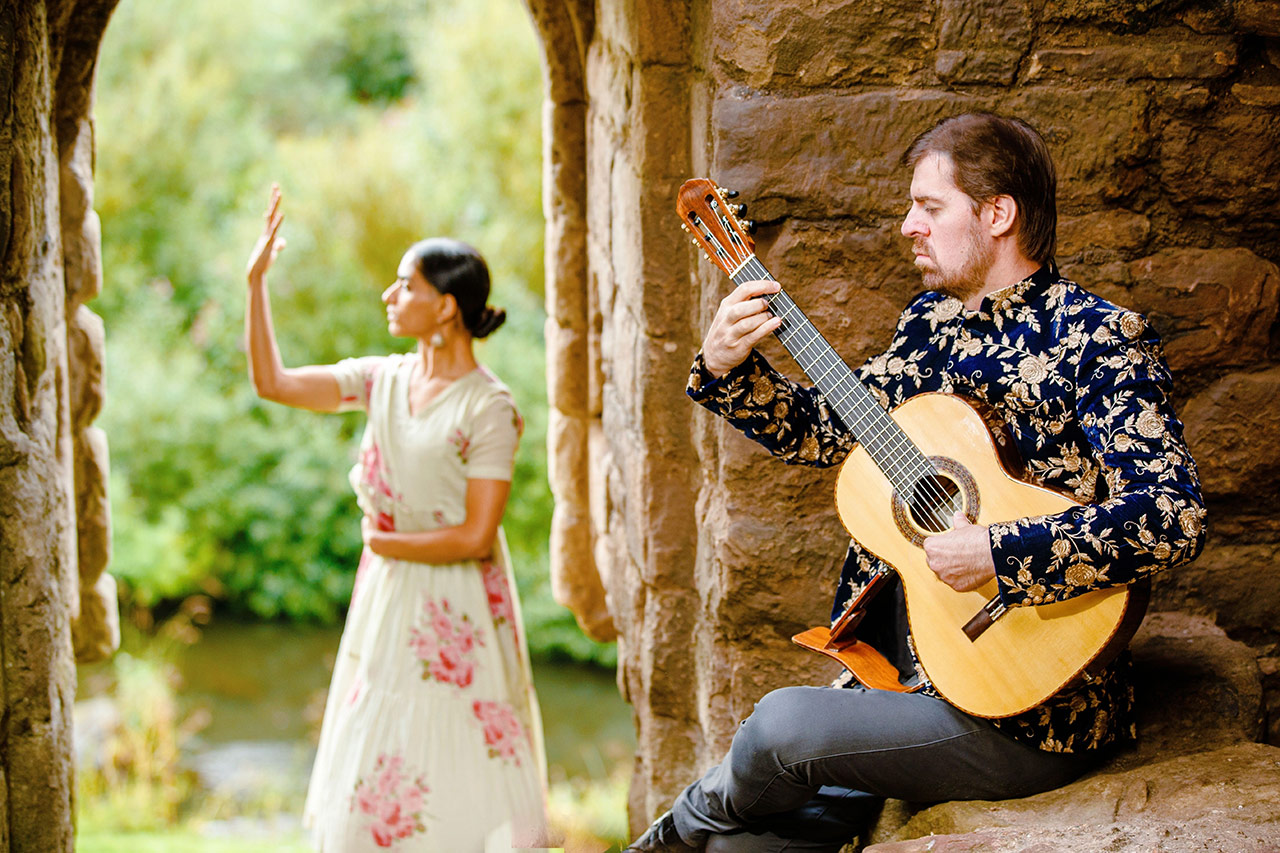 Simon Thacker is back again with another mesmerizing and soulful musical creation. This time the master guitarist features a special guest, Aishwarya Raut in the digital show called Pashyanti On Guitar.

Available till the 29th of August on the Edinburgh Festival Fringe digital on demand player, Pashyanti on Guitar is another masterpiece by ‘one of the most important musicians of his generation’ (ThreeWeeks) – Simon Thacker. As with his multiple previous works, Thacker intermingles cultures of the world in his music. The compositions are a heady concoction of rhythms and music from the east and west, where Simon the classical guitarist only expands the fluid boundaries of artistic creations.

His latest digital show is no different as it is one of the most powerful films of this year, bringing together the Scottish guitar virtuoso and the super human contemporary dancer from Mumbai. 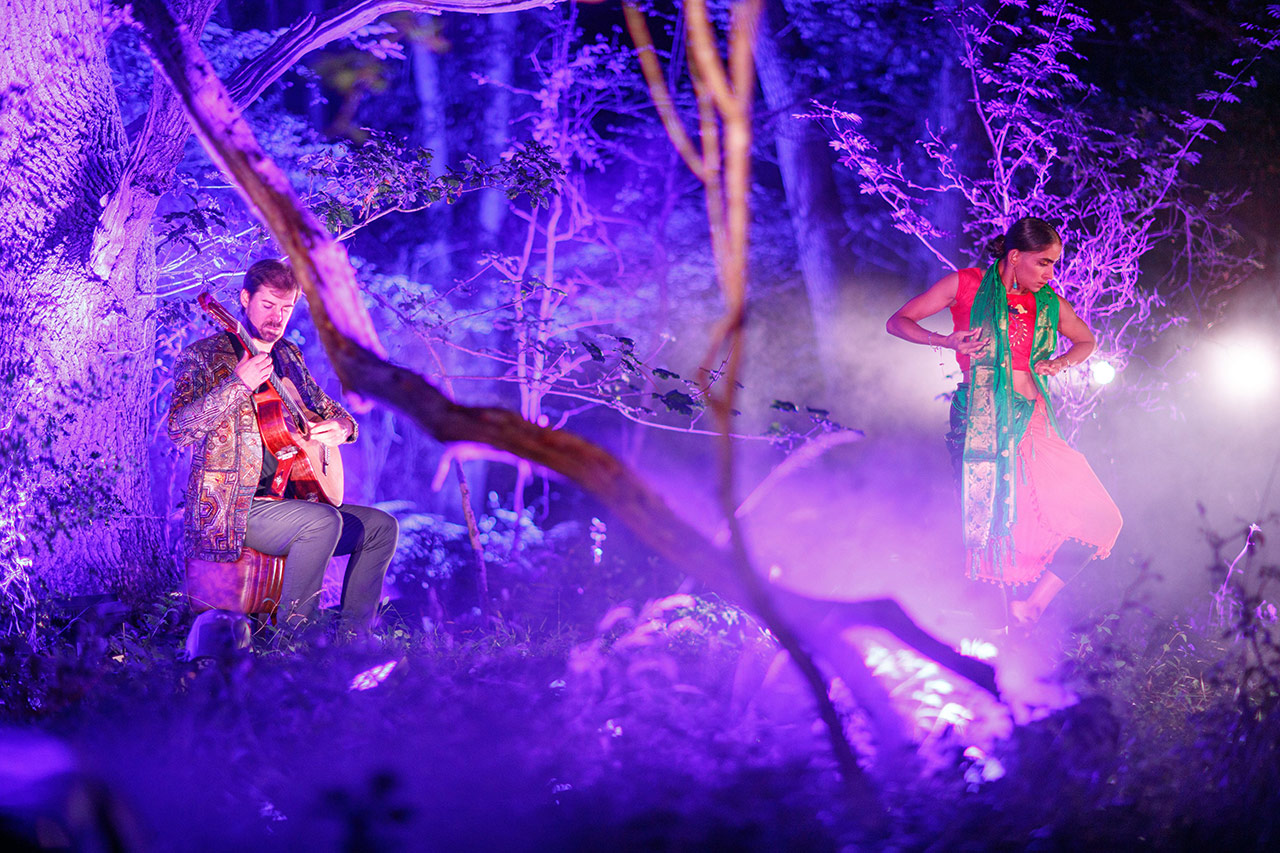 Pashyanti is a Sanskrit word and signifies the ‘junction point between the ordinary waking state and pure consciousness.’

Simon Thacker, referred to as Scotland’s ‘musical alchemist’ (World Music Report) is here to offer a ‘revelatory new vision for the art of solo guitar.’ This is in fact, his first digital show and his ‘highly individual, iconoclastic music explores every facet of the instrument – from beguiling digital delay driven soundscapes to muscular improvisations utilising his many inspirations, especially from South Asia.’

Further, Simon has always been known for his cross cultural collaborations with leading artists across boundaries and genres. This time with Pashyanti On Guitar he features Aishwarya Raut from Mumbai who dances with one of the leading contemporary dance companies, Rambert.

Together, the mystical strings of music from Simon’s guitar and the graceful, meaningful moves by Aishwarya set the tone for this digital musical delight. Besides, the stunning locations add the perfect charm and enchantment, treating the eyes, ears and soul with doleful of musical and artistic pleasure. Some of the locations include a ruined castle, a quarry at the time of a 40000 tonne shot blast and the splendidly lit forest at night.

‘Simon and Aishwarya’s symbiosis creates a very special aural and visual experience for audiences across the world to enjoy.’ And we urge you to not miss out on it.

Catch a glimpse of their chemistry and the beautiful backdrop auras in the trailers playlist: 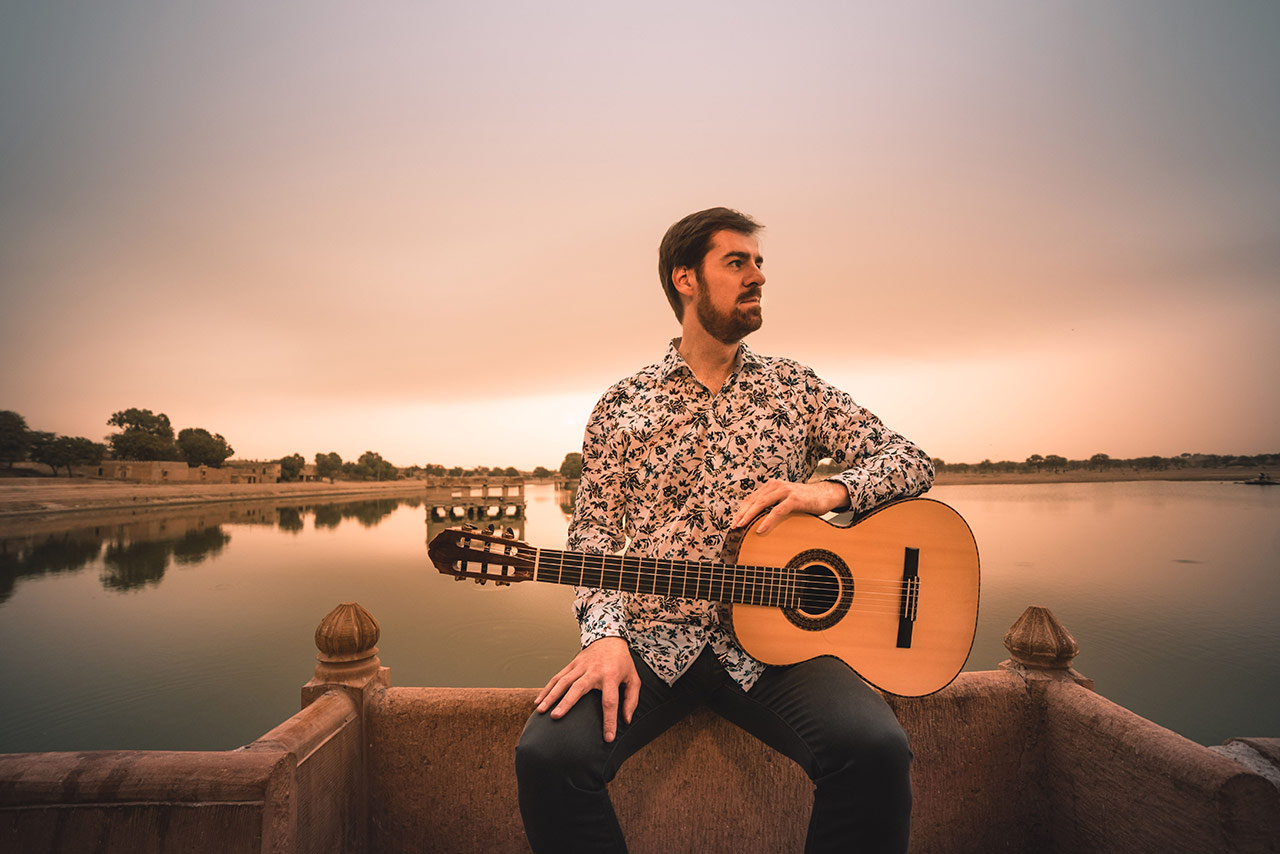 Simon is the recent Scottish New Music Award winner and Ivor Novello Awards nominee. This is the fourth year he has been selected to represent his country as part of the prestigious Made in Scotland showcase. He has led today’s most prescient intercultural ensembles, even in his earlier albums, such as Svara Kanti and Ritmala.

Hailed as one of the finest guitar maestros, Simon has shown exceptional grasp and sensitivity towards creating compositions. “Guitarist Simon Thacker transcends the instrument and persuades it to produce music loaded with subtle nuances and character.” Classical Music Sentinel (Canada).

It is with this same zeal, that Simon brings his pioneering experiences to his first love, solo guitar, in Pashyanti On guitar. 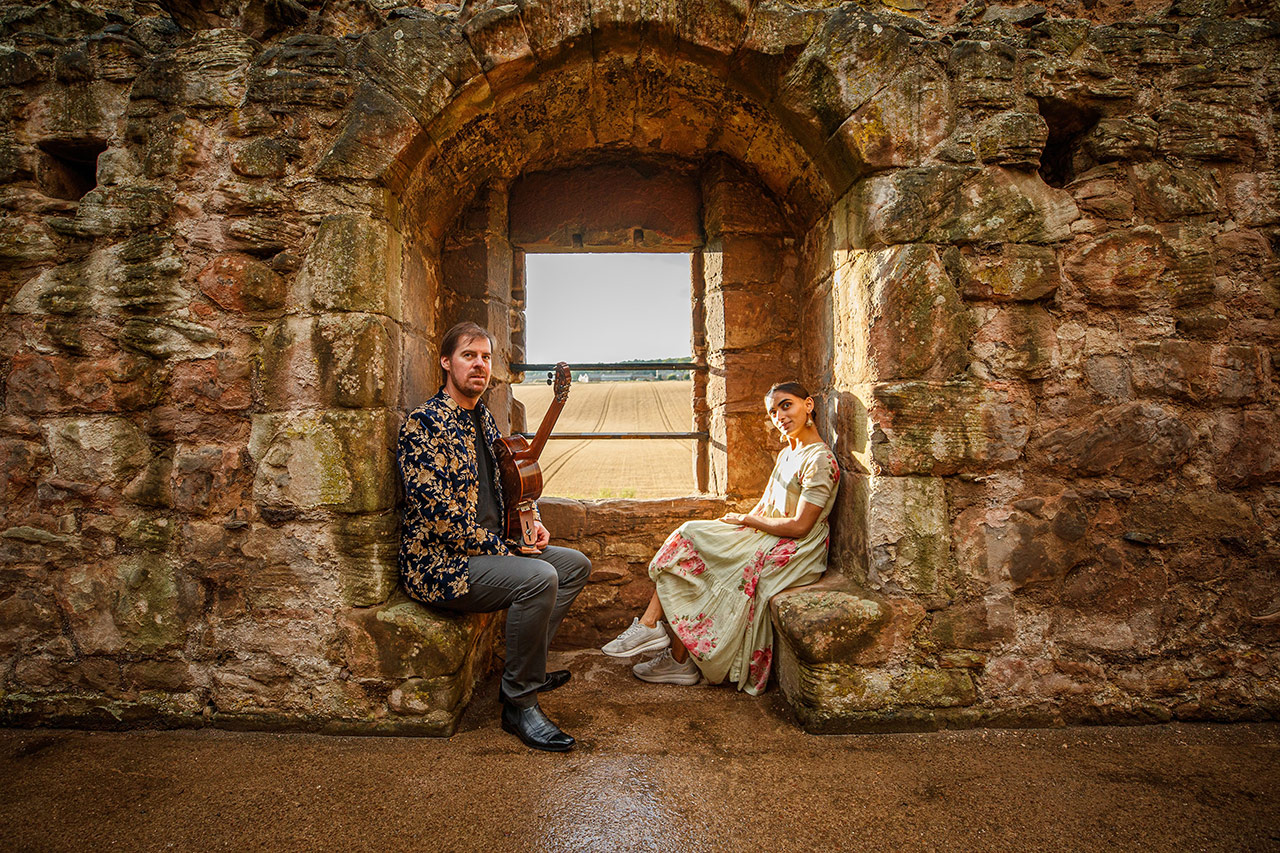 Aishwarya Raut is an UK based contemporary dancer, from Mumbai who features in Pashyanti On Guitar across four stunning locations near Scotland.

Aishwarya was already dancing in a Bollywood company when she began formal training in ballet, contemporary, jazz and hip hop at age 10. She trained at the Liverpool Institute of Performing Arts before joining Rambert in 2019.

Lastly, Pashyanti On Guitar is yet another sensation that we have come to associate with Simon Thacker. Wait no longer to book your tickets for 34 minutes of absolute divine eloquence.