The Beats of Different Traditional Drums of India 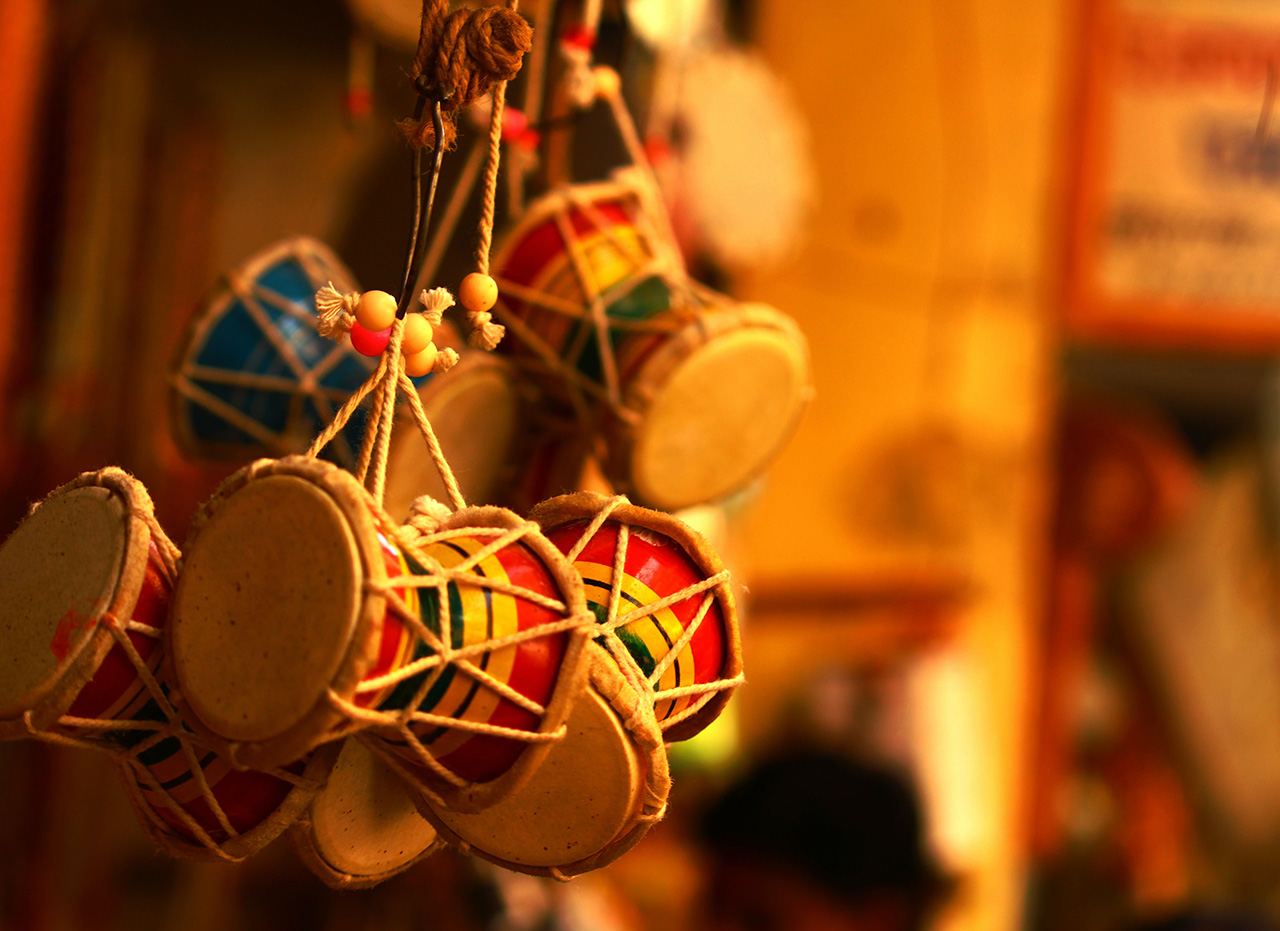 India is the land of music. Undoubtedly, there are various musical instruments, some traditional, some modern that have been the backbone of all musical endeavors and creative performances. Music is a huge part of the Indian culture and its presence is felt in all aspects and ways of life. During happy or sad, anxious or soothing times, music forms an essential element, for not only the individual, but also for the community essence. That is why during festivals or social occasions music is of paramount importance across regions of the country.

Though there are a varied number of musical instruments, let us take a closer look at one of the most important instrument that is used in practically all musical undertakings – the drum. Unsurprisingly, there are many different kinds of drums across the country that are used for specific rhythms.

Categories of drums in India

Broadly, we can divide the drums into three basic categories. The hand drums are played using the hand alone, whereas, the stick and hand drums can be played using either the stick or hand. The third type are hand frame drums that look different because of their framed appearance, such as the kanjira and kansi.

The traditional drums of India

Let us take a look at some of the different types of drums in India.

The tabla is one of the most popular classical musical instruments that always consist of a pair. Called the dayan and bayan meaning the left and right drum the tones of each complement the other. The tabla is played with the hands and is considered as one of the most difficult hand drums to play in the world.

The chenda is used most in the southern state of Kerala. This wooden cylindrical drum is played widely during the Thrissur Pooram festival where a huge number of artists play the instrument in tandem and synchronization. Played on both sides the chenda is played using sticks and is also an important instrument during the performances of Kerala art forms, such as Kathakali, Theyyam, Koodiyattam and more.

Again from south India originates the kanjira, an instrument that belongs to the family of the tambourine. Used widely in folk and religious music this framed drum was modified by Manpoondia Pillai by adding a pair of jingles and hence introducing it as a reckoning musical force within classical music.

Shaped like an hourglass this traditional musical instrument originates from Punjab. Folk singers called Dhadi are amongst the many artists who play and master this instrument. It is small in size and can be played by striking or tapping the fingers on its either surface.

The dhol is a double sided large drum that is laid horizontally or strapped on one’s body. Played with sticks, the dhol has many regional variations throughout the country. Played predominantly in northern India the dhol has been an accompanying instrument for a number of Sufi saints and religious mystics. The dhol is played across various regions, such as during the Bihu festival in Assam, Navaratri celebrations in Gujarat and Ganesh Chaturthi in Maharashtra.

The dhak is a variation of the dhol that originates from West Bengal. The beats of the dhak reverberate through Durga Puja celebrations as the instrument is a close associate of the culture and festivities of the land.

The pung originates from Manipur and is associated with the pong cholom a traditional Manipuri dance form. The dancers themselves usually play the drum that starts off in subtle shades and reaches a crescendo of thunderous rhythm.

The khol is also called the mridanga and originates in the states of Assam, Manipur and West Bengal. The khol looks slightly different with each side of the drumheads varying in size. One side is smaller than the other and the instrument is played by hand.

Also known as the naqqara, nagada this kettledrum was made famous when it featured in a particular Bollywood song. It can be played both by hand and sticks and its influence is mostly across the northern regions.

There are of course, a whole bunch of drums including the urumee, sambal, davul, idakka, kansi, duggi, madal and many more. Each has its own make, region of influence and interestingly a very strong connection to the traditions and culture of the area that it originates from. But then that perhaps is the beauty of music, it transcends on one end, but on the other, roots and finds expression in the most local and traditional nuances of the place that it truly belongs to.