Top Indian Artists That Every Indian Should Know 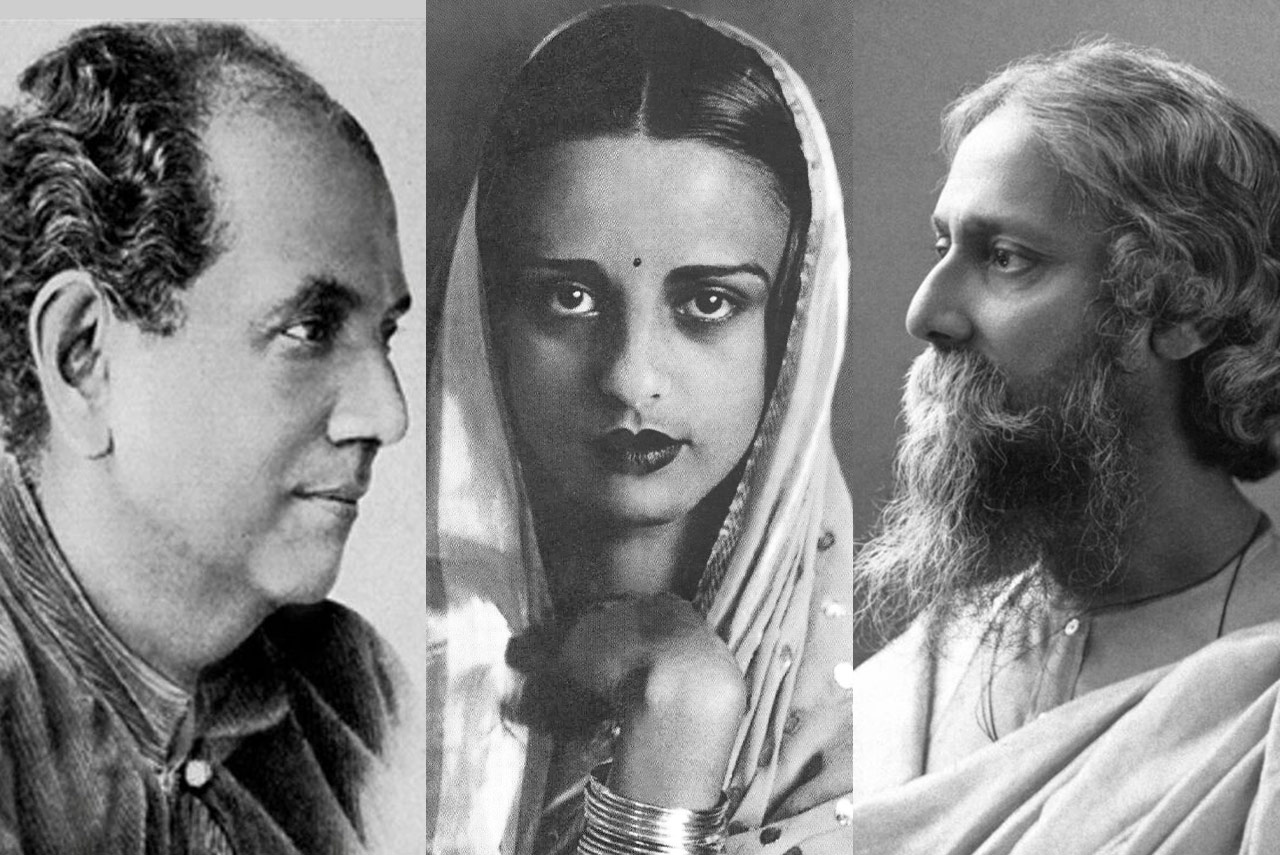 Art is expression. An expression of creativity and thoughts. It is boundless, beautiful and priceless. Why? Because art has the potential to capture within its fold emotions and memories. It is a medium to understand the time and space in which it is created.

There are, of course, many art forms and self-expression. Paintings however, are one of the most relatable and popular arts. The symmetry, colors, lines and angles all make paintings aesthetic, yet very often a cultural and social tool. Paintings thus, are a great way to not only understand history and society, but also a way to bring about a change in both.

India has a rich heritage of painting arts that can be traced back to more than thousands and thousands of years. Ancient art is evident in the Ajanta Ellora caves, in the Bhimbetka rock caves and in many other historical sites. Paintings became a form of story-telling, of worship and also of depicting the everyday lives of its artists and society. Scroll paintings, Warli painting, Madhubhani paintings etc. flourished over the years. However, the artists who created these gems were lost. The art was patronized by royals but names of prominent artists of these times are hard to find.

However, around the 19th century artists started to get due recognition along with their paintings in history.

Painters across the globe gained status, especially after the Renaissance period. In India, social artists emerged significantly during the Independence movement. Painters, just like other artists, became a mode of instilling feelings of patriotism and bringing about social awareness and change. With the passage of time, India saw a steady emergence of some of her most prized artists who expounded various nuances and philosophies through their art.

So here we bring to you a list of the top Indian artist who have been instrumental in shaping the course of painting and arts in India. Their works have garnered world-wide fame and are considered as an epitome of creative magnificence. Let’s dwell further and learn a little bit more about the best painters of India that every Indian ought to know of.

One of the stalwarts of Indian paintings, Abanindranath Tagore used his paintings to depict the political conditions of his time. Whether it was the Swadeshi movement or other aspects of the freedom struggle, he understood the influence of paintings on political and social conditions. Instead of western art, he focused on the Rajput and Mughal traditional art styles and also founded the Bengal School of Art. One of his most famous works is Bharat Mata or Mother India that is fraught with nationalistic fervor.  Some of his other works include Asoka’s Queen, The Passing of Shah Jahan and Ganesh Janani.

This literary genius was also a great painter. He started painting later in life and he was the first Indian artist whose paintings were displayed in the USA, Europe and Russia. Most of his paintings are images of human faces, flowers, birds and landscapes. Rabindranath Tagore was red-green color blind, yet his paintings were masterpieces. Some of his famous works include Self-Portrait, the Dancing Woman and Head Study.

One of the most important figures of modern art in India, Nandalal Bose was born in 1882. He worked along with other artists to steer away from western artistic influences. His inspiration came from the Ajanta cave paintings and his paintings are mostly centered on rural India, religion and femininity. It was Nanadalal Bose who sketched the emblem of government awards including the Bharat Ratna and he also decorated the original manuscript of the Indian Constitution. His famous works include the legendary Dandi March painting in 1930, a portrait of the Mahatma himself. Some of his other works are New Clouds and Darjeeling and Fog.

Jamini Roy was trained in the British system but he changed his style from a western outlook to Bengali tradition. His art is centered on folk tradition and its people. Influenced most by the Kalighat painting style, Jamini Roy’s most prominent art subjects were the Santhal tribe. His famous works include Mother and Child, Krishna and Three Pujarins.

Born in 1922, Syed Haider Raza moved to France in 1950. However, after staying for many years in Europe and USA he decided to return to India, his home in 1970. His paintings explored various fields, such as cosmology, Indian philosophy, scriptures. He traveled India trying to bring in elements and style from across the country. He is best known for his abstract art and geometric canvases though he was a landscape artist early on in his career. He was also the co-founder of the Bombay Progressive Artists Group. Some of his famous works are Composition Geometrique, Saurashtra and Ankuran.

Born in Maharashtra, VS Gaitonde is regarded as one of the best abstract painters of India. His paintings reflect a deep sense of meditative and spiritual essence. He joined the Progressive Artists Group and was awarded by various national and international institutions for his art. His artwork today is ranked as one of the most expensive, though he himself led a very simple life. His famous works are the Blue Abstract, Painting 3, Painting 4.

A list of famous Indian painters cannot be complete without Raja Ravi Varma. One of the most famous Indian painters, his inspiration came from Indian mythology and epics. Women were an important part of his art work and he incorporated mythology, as well as realism in his paintings. His most famous work is Shakuntala and other story depictions (Hamsa Damayanti) from the epics. His other works are Stolen Interview, Disappointed, Woman Holding Fruit and more.

One of the most important and astounding woman painters in India, Amrita Sher-Gil is a legend in her own right. Born in Hungary, her work is often considered as the connector between Indian and western art. Her techniques were largely western influenced but the Indian elements are striking in her artistry. She moved to India soon enough and her self-portraits are her most popular works. Other paintings include Three Ladies, Ladies Enclosure and Siesta. She is in fact, one of the most prominent Asian artists to have been recognized and awarded in European artistic circles.

Tyeb Mehta was a painter, film-maker and a sculptor. A part of the Progressive Artists Group, his paintings reflected modernism and minimalism. He spent some years in London and New York too. His paintings were influenced by Indian themes upon his return to the country touching upon social, political, everyday happenings to mythology and spirituality. His famous works are Kali, Untitled Lovers, Mahishasura.

The founder of the Progressive Artists Group his works revolved around depicting human figures that were different. There was a sense of both ‘sin and sensuality’ in his paintings. His paintings also touched upon the freedom struggle and giving voices to the downtrodden. His famous paintings include Crucifixion, Women on a Path and Birth.

Almost a household name, Maqbool Fida Hussain started his painting career by painting billboards in Mumbai. He met many accomplished artists when he joined the Progressive Artists Group and from there onwards his artistic journey took flight. He is one of the most famous painters whose works have been displayed across the world. His vibrant and bold paintings were based upon various subjects, such as the epics, the British era, Mahatma Gandhi, rural and urban life etc. However, his work later in life invited controversy over the depiction of deities, yet Husain remains one of the stalwarts of the artistic world and is also referred to as the ‘Picasso of India’.

Born in the pre-partition era, Satish Gujral’s paintings are an ode to the pain and suffering of partition. He is one of the most renowned painters post Independence and dons many artistic hats with expertise in murals, architecture, sculptures and interior designs. He has also had many art shows in various parts of the world. Some of his paintings include Days of Glory and Mourning of Masse.

Coming from a humble background Ram Kumar was captivated by the world of art and painting. He quit his regular banking job to concentrate on his creative art which mainly focuses on abstract paintings. He has had exhibitions in Tokyo and Venice and is recognized by various organizations for his contribution to the arts.

Born in Odisha, Jatin Das has been painting for well over five decades. Some of his popular paintings are Working Woman 2, Flight of Steel and Man-Woman. He has also been involved in teaching arts, serving as a visiting lecturer in various Art institutions.

Anjolie Ela Menon is one of the most prominent contemporary artists. A muralist, her paintings revolve around the themes of religion and portraits. She has also worked with computer graphics and has many exhibitions both in India and abroad. Her most popular painting is Yatra.

There are many other Indian artists both from the past and present who have contributed to the field of art and paintings. However, there are legends who have been the pillar and the bedrock influencing generations of future artists to take forward their creative expressions. After all, paintings are one of the most well known forms of art and it is no wonder that a picture can speak a thousand words.