Traditional Dresses of Punjab, Celebrating the Colors of Vibrancy 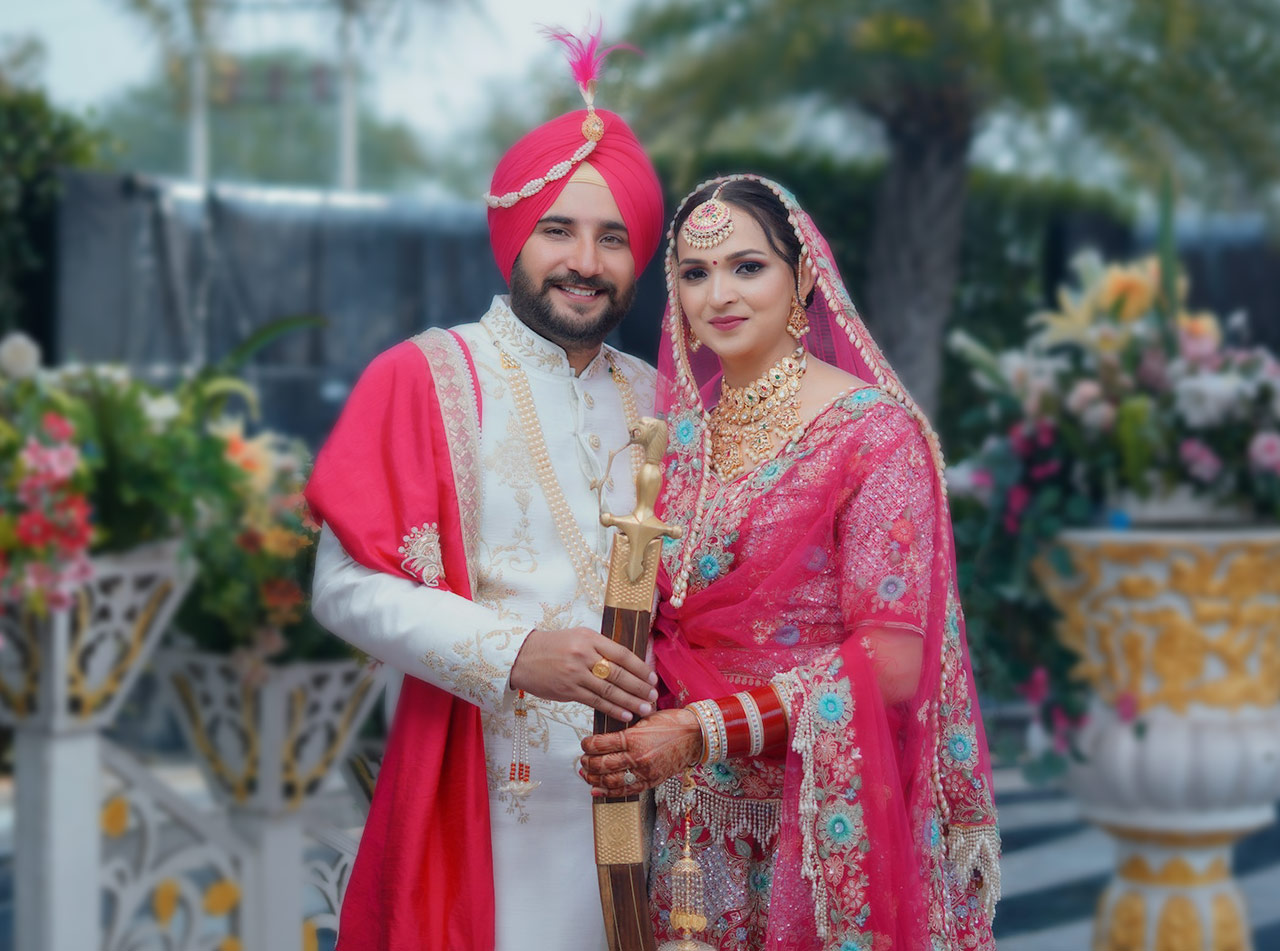 Punjab is home to one of the world’s oldest and most diverse cultures, which is reflected in every manner. They are hearty people who celebrate every festival and festival with zeal. Their families hold celebrations all around the world and invite others to participate in their culture. Thus they are loved all throughout the world, which comes as no surprise. Punjabi Culture is surrounded by vibrant colours and high-spirited people who best express themselves via their traditional attire. The traditional dresses of Punjab seamlessly combine elements of design, comfort, and colour.

Phulkari in Traditional dresses of Punjab

Phulkari, which means “flower craft,” is rooted in Punjabi tradition, which dates back to the 15th century. Its vibrant colours, embroidered in a way that tells volumes about women’s dress preferences. The creative craft of needlework first emerged in Waris Shah’s tear-jerking love novel Heer-Ranjha, and it hasn’t modified its technique since then. This cloth is worn by women of all ages and social backgrounds, and it depicts their lives through the various colours woven into it. Punjabi women weave traditional Phulkari embroidery on shawls, Kurtas, Dupattas, and Lehengas with eye-catching blends of exquisite patterns on all occasions.

Punjabi ghagra is a traditional Punjabi dress that has been modified to include modern components and to appear trendy and fashionable in line with current fashion trends. This traditional Punjabi clothing is made up of four pieces, and while it originated in Punjab, it is currently more popular in Haryana and parts of Himachal Pradesh.

Patiala Salwar is a furled-up traditional Punjabi dress with baggy and pleated trousers that has its origins in Patiala. This Punjabi traditional outfit was once only worn by men, but it has since become a part of women’s clothing as well. Punjabi women are now more likely to wear it!

The Patiala salwar is typically worn with a Kurti and a chunni, with the draping done at the back. Punjabi traditional attire incorporates a variety of current designs while still maintaining the traditional element, which aids in achieving the correct balance of traditional and modern! Patiala Salwar is popular traditional clothing in Punjab since it is not only attractive but also quite comfortable to wear.

We can’t even think about women’s fashion without mentioning the lovely parandas! These braided hair accessories are made up of multicoloured threads and jewellery. Parandi were seen to be a symbol of affection and were generally given to brides by their husbands. Women wore parandis in the past to enhance their beauty and make their hair appear longer. Women’s long, lush hair is secured with these accessories, which are now available in a variety of colours and sizes!

Kaliras or Kalires are one of the most important pieces of traditional Punjabi jewellery that practically every bride wears at her wedding. These umbrella-shaped hangings are symbolic of the newlywed bride and groom’s eternal love and happiness. The coconut-like form is thought to represent a prayer that their home would never run out of food, while the metal in this Punjabi traditional jewellery represents prosperity and fortune. Friends, sisters, and cousins usually tie these gorgeous hangings around the bride’s hands to wish her luck for her new beginnings.

When it comes to dressing up in their Indian avatars, Punjabi traditional jewellery is an absolute must. The satlada haar is a popular piece of Punjabi traditional jewellery that is frequently worn by brides. This seven-layered piece features some one-of-a-kind jewels and diamonds. With their elaborate construction and delicate design, they are considered to illuminate feminism. They’re the perfect blend of ancient, historic, and fashionable!

Jhumkis are one of the most popular styles of jewellery, and they all have a fashionable and attractive appearance. Traditional Punjabi gems are still at the top of the list when it comes to ladies choosing their jewellery because of their contemporary and trendy stylish appeal. Among other things, Punjabi traditional jewellery has sophisticated themes, beautiful designs. 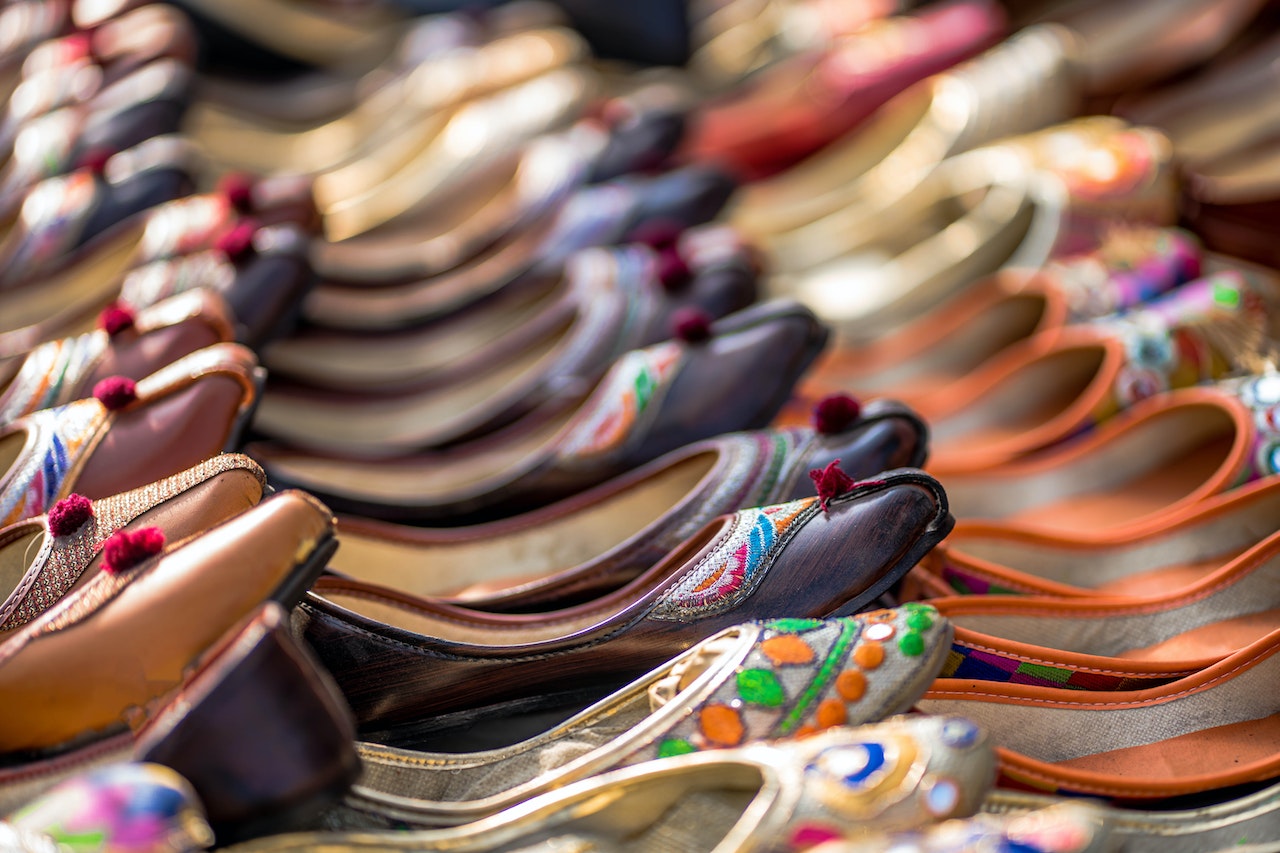 For 400 years, Kings have worn the Jutti, also known as the Punjabi Jutti, which is traditionally embroidered on leather with actual gold or silver threads. One of the distinguishing characteristics of this handcrafted footwear is that it has neither left nor right sides and may be worn on any foot. It is the most comfortable and stylish flat-soled footwear worn by men and women in Punjab and is commonly seen during weddings and festivals. It has a lot of glitz and a lot of embroidery on it, and it’s full of Punjabi tradition.

Jama is a traditional Punjabi garment that was worn by males during the Mughal era. It’s a flared-up piece of fabric that’s snug around the waist. This long item, flares up like a skirt at the ankle or knees. The jama is frequently worn with a turban to represent monarchy, and it complements the monarchs’ magnificent demeanour. Originally intended for men, women are now seen wearing Jama with tight-fitting pyjamas. The long sleeves that are tied under the armpits distinguish this Punjabi traditional clothing. Punjabi traditional clothing allows people to move freely, making them feel tremendously at ease. 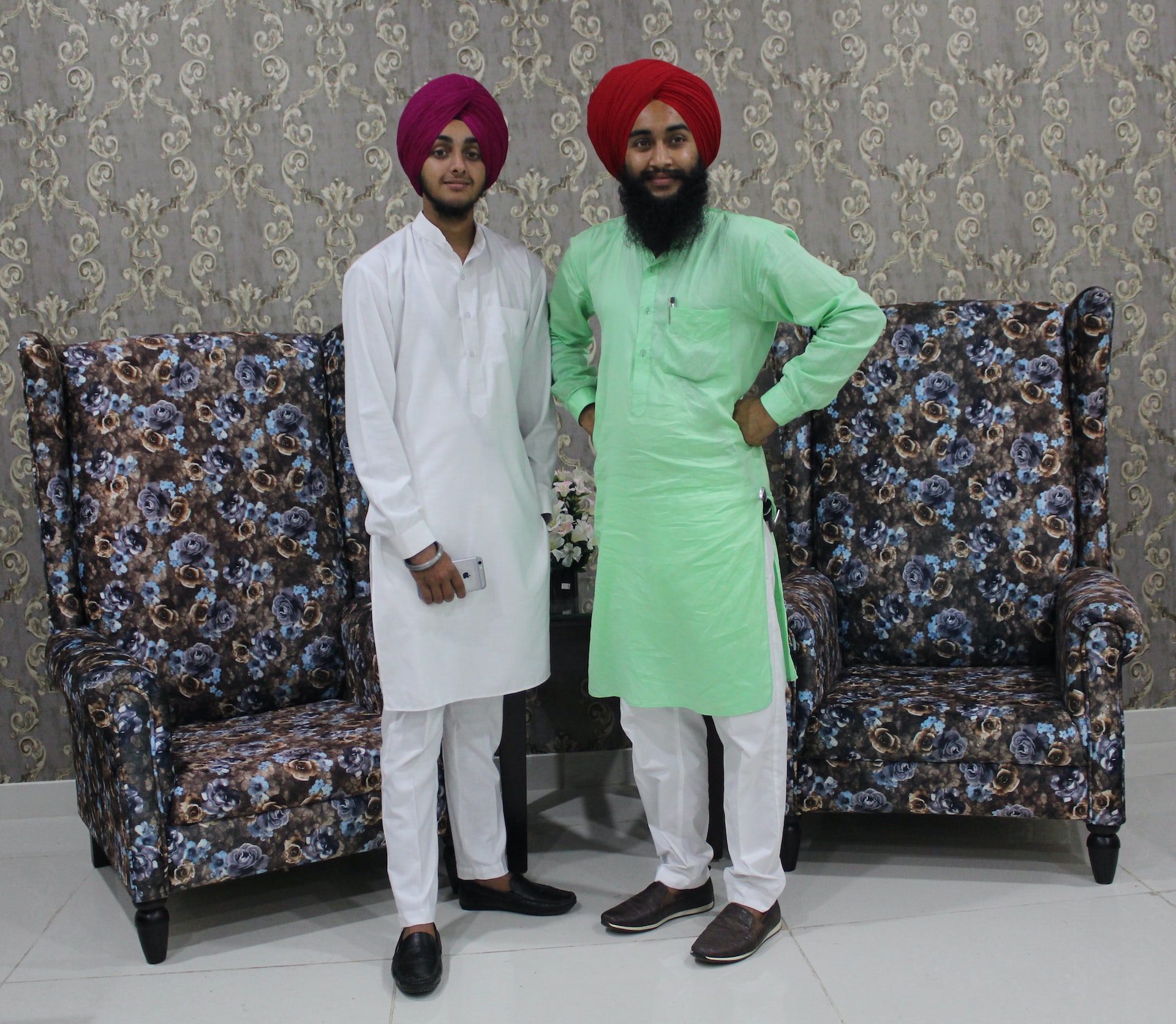 The popular Punjabi traditional outfit, kurta pyjama, consists of a long shirt and baggy pants. Kurtas are typically slit on both sides and feature long sleeves. The loose baggy pants (or pyjamas) have a drawstring that makes them easier to fasten. The kurta is frequently paired with a pair of jeans, a dhoti, or a lungi. This Punjabi traditional clothing is popular at festivals and comes in a variety of patterns and designs. It can also be worn as informal everyday wear, with collars and buttons on the kurta, and the length is usually below the knees. Pair the kurta with a little embroidered cotton jacket for a more sophisticated effect.

Pagri is a type of headwear worn by Sikh males. It’s also known as pag, and it’s a fabric winding technique. Men also wear a turban, which comes in a variety of colours, in addition to the typical Punjabi attire. Punjabis place a great deal of importance on their headpiece. Sikhs wear the turban, also known as dastar, to keep their long hair under control. The ‘Dastar Bandhi’ rite, which involves the tying of the first turban, is well-known at Golden Temple, the little child dons his turban for the first time.

Sarpech was a popular head adornment used by princes and monarchs in the past. By breaking down the phrase, sar refers to the head or front, and pech refers to the screw, we may deduce that the term sarpech refers to a portion that is screwed to the front of the turban. The basic structure of this Punjabi traditional jewellery is made out of a single sheet of metal and certain jewels put in a hollow structure. This Punjabi traditional jewellery is now primarily worn by men at weddings. 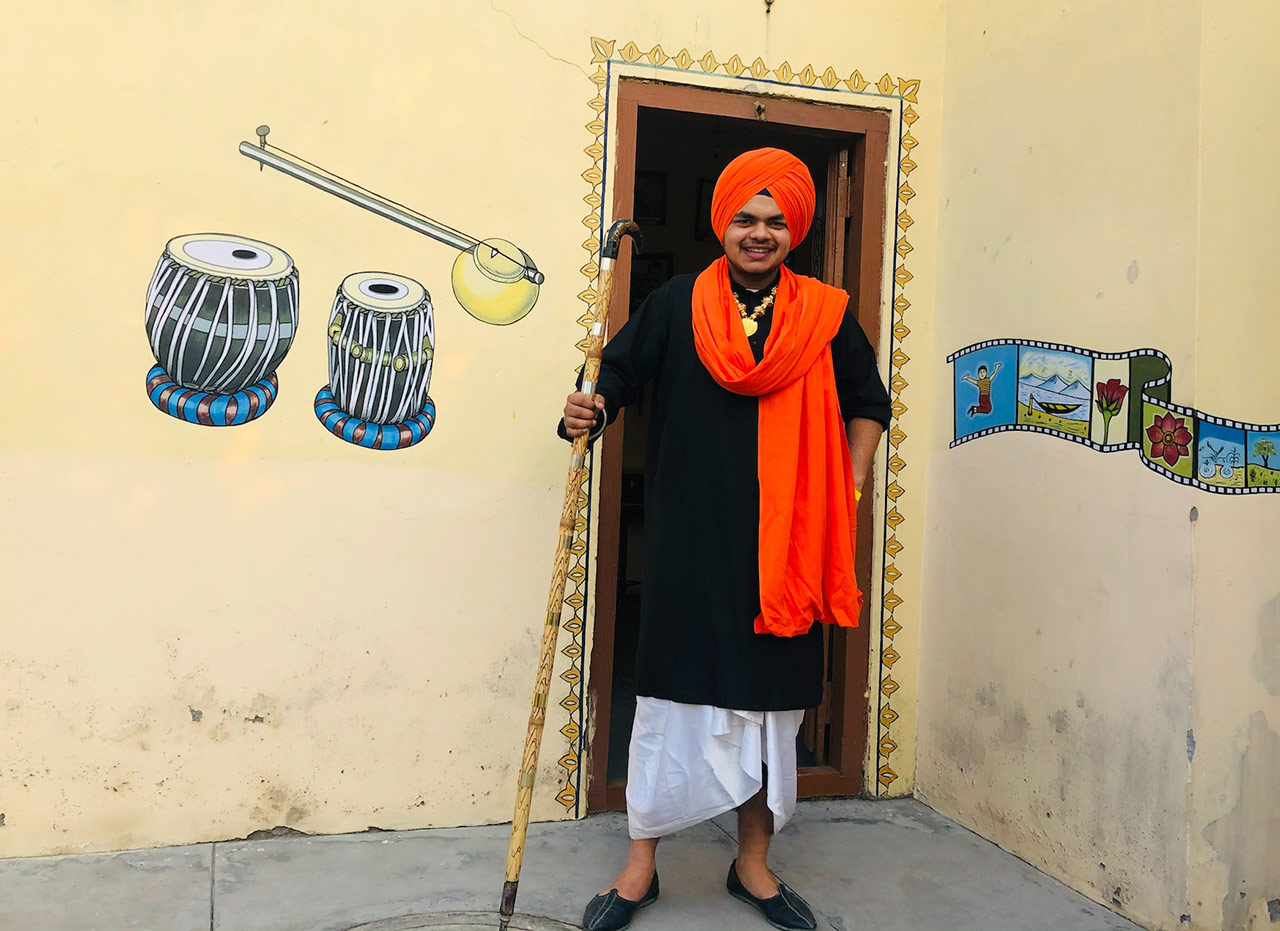 The tamba, also known as tehmat, is a Punjabi variation of the lungi with front folds that is worn by men in Punjab. The tamba is a piece of clothing worn by Bhangra dancers.

Although the use of the Punjabi tehmat has declined in recent years in East Punjab, with the pajamma taking its place, males can still be seen wearing it.

In West Punjab, Punjabi men can often be seen wearing the tamba or lungi.

Traditional attire exudes elegance. And Punjabi traditional wear and accessories, in their numerous varieties, tells volumes about the culture and custom that has been passed down for years.With the entry and blending of cultures and varied ways over the years, the traditional clothing of Punjabi suits has evolved. We hope you can reate unique outfits and flaunt them wonderfully with this list of ethnic wearing styles with a modern twist.

A Deep Dive into the Lal Par Saree from West Bengal