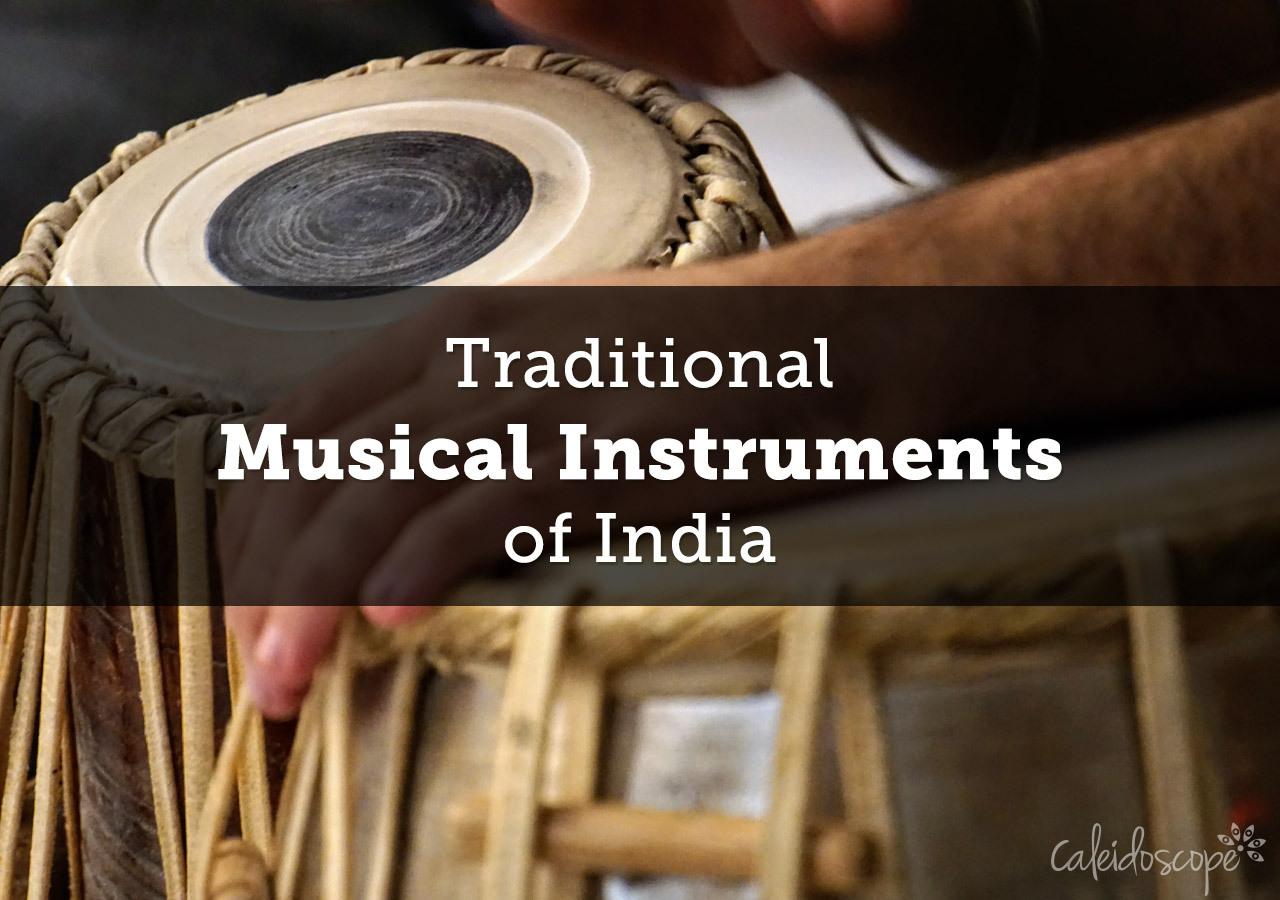 India is a fantastic land that upholds the traditional musical spirit. Many maestros of music have decorated the Indian subcontinent with their unique talents and abilities. In the people living in the country, they inculcated a feeling of pride and grandeur. Yet their achievements and their popularity depend to a significant extent on their musical journey’s harmony and rhythms of the Indian musical instruments.

Suggested Read –  The Beats of Different Traditional Drums of India

There are two main traditions of the Indian Classical Music system: Hindustani and Carnatic. There are more traditions like folk, tribal, etc. Moreover. Indian musicians from these traditions have produced and played with traditional and indigenous instruments that suit their style from ancient times.

Sitar is one of Northern India’s most popular musical instruments. It is easily the best-known musical Indian instrument with George Harrison of the Beatles popularising it in the west after studying with one of the greatest sitarists in the country, Pandit Ravi Shankar. The sitar has twenty metal frets and six to seven major strings on its long neck. Below the Sitar, frets are thirteen sympathetic cords, tuned to the Raga notes. At the bottom end of the Sitar’s neck lies a gourd, which works as a resonator for the strings. To alter the notes, the frets are pushed up and down. Some of the outstanding players of the sitar are Ustad Imrat Khan, Ustad Abdul Halim Zaffar Khan, Ustad Rais Khan, Ustad Vilayat Khan and Pandit Debu Chowdhury.

The Sarod, which has been present for less than 200 years, is a relatively recent instrument for South Asia. It is mainly employed in Hindustani music, like the sitar, and the tabla accompanies it. Sarod has a tiny wooden skin-covered body and a steel-covered fingerboard. Sarod has twenty-five strings with fifteen of them being sympathetic strings. It also has no frets. A metal gourd operates as the resonator. The strings have to be plucked with a triangular plectrum. Some noteworthy exponents of the sarod are Ustad Ali Akbar Khan, Ustad Amjad Ali Khan and Pt. Buddhadev Das Gupta.

Sarangi is one of India’s oldest, most popular bowed musical instruments. The Sarangi has a hollow body and is constructed of ivory-decorated teak wood with inlays of the former. Sarangi contains forty strings, thirty-seven of which are sympathetic. The standard sarangi is handmade, often built of 66-69 centimetres long of a single tun block. The three playing strings are fashioned from goat gut and sympathetic ones are made of brass or steel. The sarangi is held upright vertically and played with a bow. One has to push the left-hand fingernails against the strings to play the Sarangi. Rehman Bakhs, Pt Ram Narayan, Ghulam Sabir and Ustad Sultan Khan are renowned Sarangi masters.

The flute is a simple uniform tube that is cylindrical in shape and has always been associated with Indian music since the beginning of time. Flutes are diverse in size. The flute is held horizontally, and when it is played, it is slanted downward. The finger holes have to be covered with the left and right fingers for a specific sound or melody. Pitch changes are generated by changing the effective air column length. Pt Pannalal Ghosh and Pt Hari Prashad Chaurasia are important exponents of the flute.

Shehnai is a traditional instrument of music that is associated with important and auspicious events such as weddings and temple processions. Shehnai is a double reed with a tapering bore that gradually expands to the lower side. The Shehnai has seven equidistant fingerholes to generate semi, quarter and microtones. The flared open end of the instrument is often built from metal while the body of the instrument is composed of wood or bamboo, but this is not exclusive. The unrivalled Shehnai maestro is Ustad Bismillah Khan.

The Tabla is North India’s most popular musical instrument. The Tabla includes two drums – the Tabla and the Bayan. It is fashioned from wood and has a stretched animal hide over its head. Tabla is finer tuned by knocking a little hammer on the rims of the Tabla. The Bayan is a bass drum and is normally made of metal with an extended head of the skin. The two drums have a black spot made of manganese or iron polish in the centre.

The Tabla has been supposed to have come from the Pakhawaj. The Dhrupad singing technique is frequently accompanied by Pakhawaj. Pakhawaj is a drum composed of two layers of skin, fashioned into a barrel. Leather straps on the sides of the body pass through small cylindrical wooden blocks used for tuning and are used to enlarge the heads of Pakhawaj.

Harmonium is an Indian musical instrument that is traditional and popular. The harmonium features a two and a one-half octave keyboard and functions on a bellow system. On the right hand, the keyboard is played while the left hand is utilised to control the bellows. In North India, the harmonium is more popular than in the Southern regions.

A series of eighteen cups of porcelain of various sizes comprises Jaltarangam. The cups are positioned in a semi-circle, in order of size, before the performer. The largest cup is on the left, while the smallest is on the right. Water is split into the cups and the pitch is modified when the cup water is adjusted. Two slender bamboo sticks are struck on the cups.

The Mridangam is one of South India’s most popular classical musical instruments. Mridangam supports performances of vocal, instrumental and dancing. Today’s mridangam consists of only one single wooden block. It is a barrel-like, double-headed drum with the right head being smaller than the left. Both heads consist of layers of skin. The mridangam is played with hands, palms and fingers while performing.

India’s music is as varied as its various cultures. India has more than several hundred dialects and languages are distributed all throughout the country. Thus Indian music has a unique and distinctive sound. These musical instruments mentioned above increase the melody and sweetness of the songs sung by the singers. The instruments are created for rhythmic patterns that determine the composition of the song and its beats. The musical instruments of India, therefore, convey a rich legacy and are part of this country’s cultural customs.

The Dynamic and Colourful Folk Dances of Gujarat

Remarkable Historical Places in Punjab You Must Visit!