In my third year of college, I was in my hometown in Assam during holidays when I received an invitation from my friend for her youngest sister’s Tuloni Biya. I had heard about this strange tradition from my friends in school, but I had never personally experienced it. Well you must be wondering what the age of the girl getting married was.

If we think about marriage it is always between two people – a girl and a boy, a girl and a girl or even a boy and a boy. But a girl getting married to something rather than someone is pretty surprising for some of us! It is supposed to be a very important culture prevailing in one of the states in our own country, Assam and is termed as ‘Tuloni Biya’, i.e. small marriage.

According to Hindu mythology, when Goddess Sati committed suicide, her husband Lord Shiva became furious and did Tandava Nritya while still holding her dead body on his shoulder. To calm down the situation, Lord Vishnu cut her body into 108 pieces using his Sudarshan chakra. These pieces were thrown across India and Sati’s womb fell on the Nilachal hills of Assam, which is the location of famous Kamakhya Temple in Guwahati. Assamese believe the Goddess still undergoes her menstruation once every year and during this time, the temple remains shut for three days and so does every other temple in Assam.

Assamese believe that if the Goddess can be impure then why not human beings! Hence, when girls of Assamese families reach puberty start with their menstruation for the first time, they are considered to be impure. During that time, they have strict restrictions on what they eat, where they sleep, whom they meet, etc. They are normally asked to stay secluded in darkness so that the impurity does not spread. Looking at the moon, sun, stars and even cows is considered a bad omen.

The girl is considered impure only for the days when she is undergoing her menstrual cycle, but once she gets out of it she is allowed to live her normal life again. Everyone comes together to celebrate the attainment of her womanhood. She is taken out of her secluded room and made to bathe in front of the ladies of the house. Thereafter she undergoes a puja where she is deemed to be married to a banana plant near her bathing area. Few ladies from a different locality pretend to be from the bridegroom’s side and visit the girl’s house, singing wedding songs where the girl’s mother and other family members welcome them with lavish gifts. 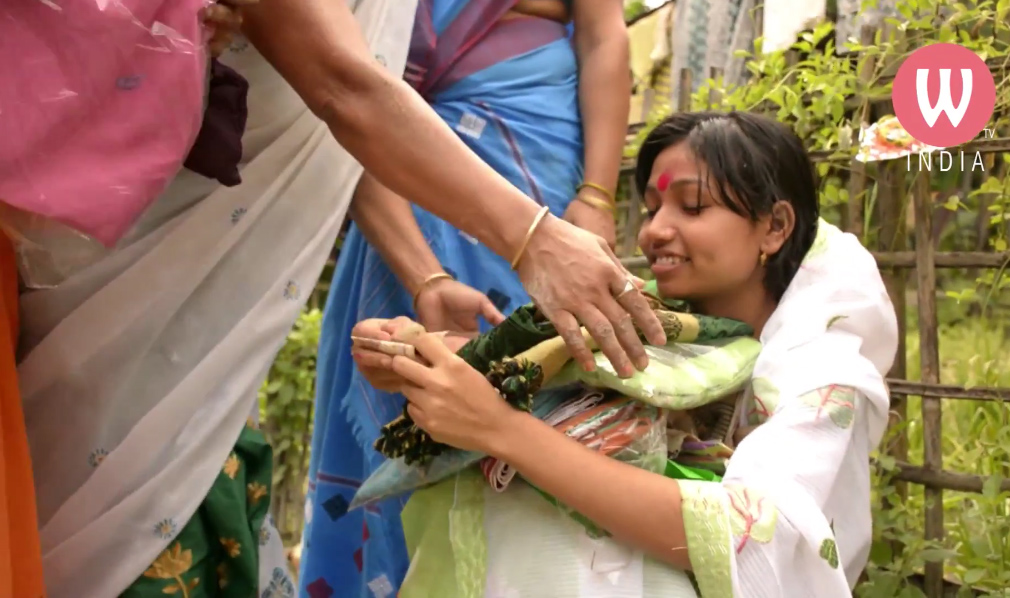 Tuloni Biya is celebrated almost as a real wedding which is attended by all the relatives, friends and neighbors of the girl’s family. Everybody comes together to rejoice the commencement of her puberty. It is marked as a prayer to God to give a healthy reproductive system to the girl. This antiquated tradition has been prevailing in Assam since many years, but a few families with modern outlook have stopped this practice considering it to be an orthodox one.

I did attend one such Tuloni Biya ceremony at my friend’s house. In most parts of our country where topics like menstruation or sex life is considered to be a big taboo, there are few places where it is celebrated. While I appreciated that fact, somewhere in my heart, I felt bad for the little girl who was treated like an untouchable for the first few days of her menstruation. Was she really impure?