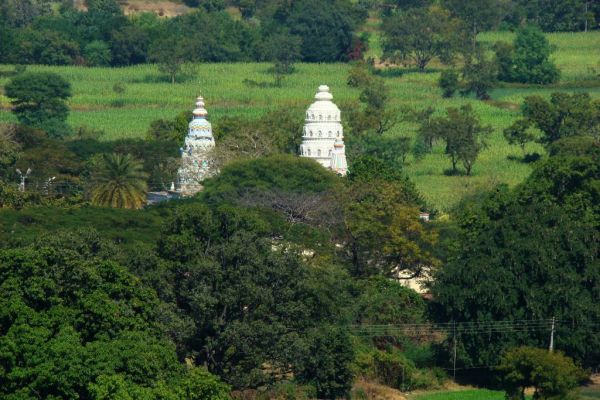 Does anyone remember the Lokpal Bill agitation? Anna Hazare’s fast until death, the spontaneous eruption of public anger against corruption, massive protests across the country, candle light marches in all major cities, intense debate on primetime media, mud-slinging matches between opposing parties, oh! Those were the days of action!

After two years of massive campaign and public debate, the Lokpal Bill was passed on 18 December 2013. Today, nobody seems to be bothered about what happened after that and whether the Lokpal was ever appointed or not. However, I remember how enthusiastic we campaigners were to ensure that the bill is realized. Since we were living in Pune, a few of us friends decided to visit Ralegan Siddhi, the ‘Karmabhoomi of the anti-corruption warrior, Anna Hazare.

We took out our bikes and left Pune early in the morning towards Ahmednagar. After travelling for 68km, we came past Shirur, a small town. The turn towards Ralegan Siddhi was just a few kilometres from there and we had ride another 10-12km. My friend Dinesh Thakur suggested that we stop over for a cup of tea and cigarettes, since we will not be able to buy any tobacco product in Ralegan Siddhi! 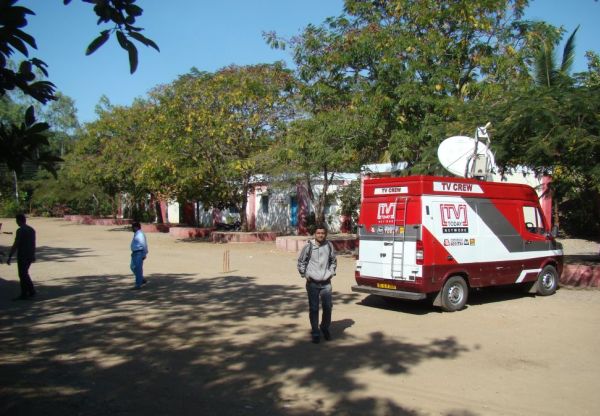 As we entered the village, we realised that the valley around the village was much greener than the rest of the countryside we passed through. We arrived at the office of Bhrashtachar Virodhi Jan Andolan (BVJA), which is the nerve centre for all developmental activities in the village. We met a few workers there who managed the rural self-sufficiency museum, media centre and the bookstall.

We spoke to them about a chance to meet the great Gandhian leader, but they ruled out any possibility since doctors had asked Anna Hazare to complete rest after days of strenuous hunger strike. There were a few media reporters who were struggling to get a sound bite! Looking at their struggle, we dropped the idea of meeting him in person and went around the village. As we reached the media centre, two busloads of children on an educational trip alighted from their buses. They were taken around by BVJA volunteers who proudly narrated the story behind the self-sufficiency of Ralegan Siddhi. 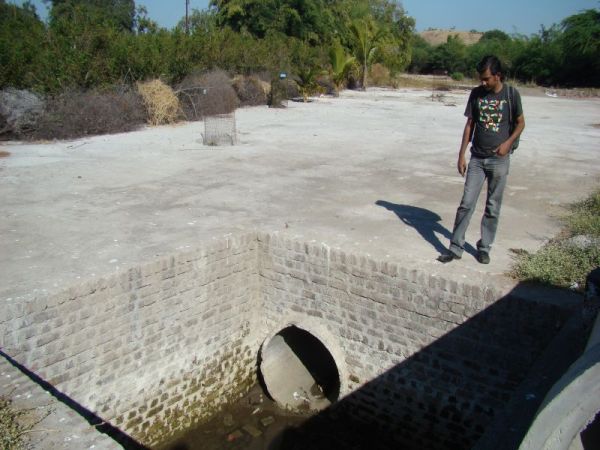 Way back in 1970s, Ralegan Siddhi was tiny village in the drought-stricken Marathawada region of Maharashtra. There was little rain and whatever rained, went down the streams and summers were unbearable. Further, alcohol addiction had ruined many families in the village and many had migrated to cities. To rebuild his village, Anna Hazare undertook watershed development by constructing nulla bunds and check dams to store rain water in the rivulets and streams.

Open grazing was completely banned with an emphasis on stall-feeding of cattle. Instead of cultivating water-intensive crops like sugarcane, rice, etc., crops such as pulses, oilseeds and certain cash crops with low water requirements were grown. Apart from watershed development, Anna convinced villagers to adhere to alcohol prohibition, family planning, voluntary labour, a ban on open grazing and on felling trees. Voluntary labour was necessary to ensure minimum dependence on government subsidies and grants.

Particularly, the villagers were disgusted with government schemes for integrated rural development, which had a lot to offer on paper, but no money was sanctioned without bribery. Today, the village is self-sufficient in food grains, fodder and dairy products. 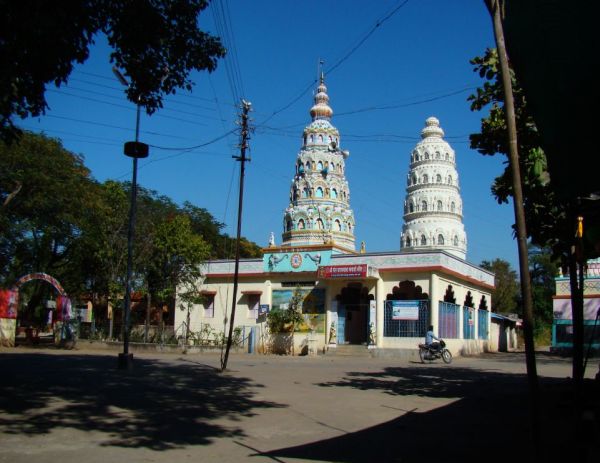 Walking around the village we could clearly see how Ralegan Siddhi was different from other villages of its size. The roads and gutters were clean and garbage was not to be found anywhere. Despite our visit in winter, we could see water flowing in the tiny rivulet. Solar power panels were seen on top of many houses and biogas was seen in built near most of the dairy farms.

The BVJA volunteer reminded visitors that their school building worth Rs 22 lakh was constructed by pooling in their own resources. The highschool was pretty large for a village of just 2,500 people. The volunteer pointed out with pride that the school has its own computer lab funded by the village panchayat!

It was obvious to us that the villagers and the panchayat are so enamoured by the Gandhian leader that they follow his diktats as hero worshippers. None of the village panchayat societies, be it the cooperative dairy or the educational society, have an elected body. Most of the local bodies have leaders selected by consensus under the able guidance of their lifetime Sarpanch, Anna Hazare. I could see implementation of the Gandhian philosophy of Swarajya, where each person in a village works towards its self-sufficiency. 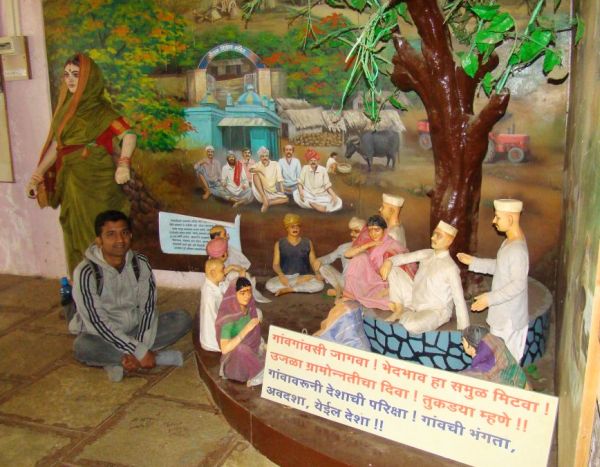 Obviously, we urbanites who beg to differ on every point, who believe in a chaotic democracy where no one agrees on anything, we cannot digest this kind of benevolent dictatorship and an utopian village cooperative society. However, if this model of governance has created a model village that has become a tourist attraction, then there is something in it for us to understand.
Factfile –