Top 10 Indian Superheroes of All Time 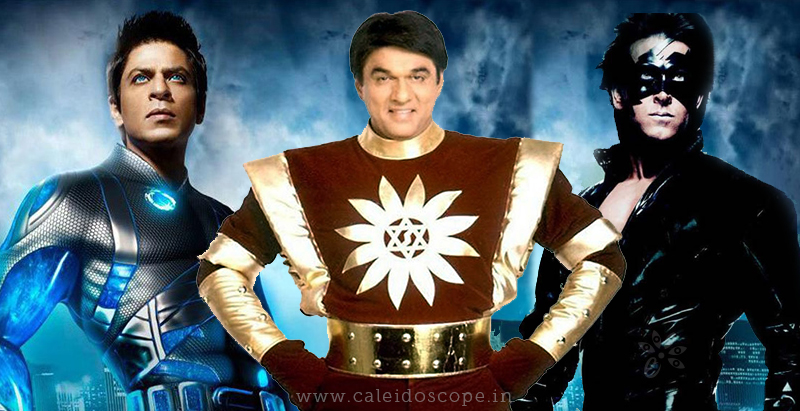 Who doesn’t like super heroes? In fact we grew up with them didn’t we? We often talk about Spiderman, Superman, Iron Man, Flash and many uncountable names; but even here, we have awesome superheroes. From having powers and abilities like super strength to being able to traverse any distance in a matter of seconds, our Indian superheroes are up for the game every time.

Shaktimaan attained his heroic powers through deep meditation and was capable of activating certain chakras which gave him powers. Shaktiman’s alter ego, a photographer for the newspaper Aaj Ki Aawaz, named Pandit Gangadhar Vidyadhar Mayadhar Omkarnath Shastri falls in love with Geeta Vishwas, a reporter for the same newspaper. Shaktimaan arch rival is ‘Tamraj Kilvish’ and who could forget his famous line “Aandhera Kaayam Raahe!” (Let the darkness prevail!).

One of the most popular heroes by Raj comics, Doga is a witness of a large number of crimes which makes him a sociopath. Doga’s powers and prowess are impressive. He has been trained by different teachers in several aspects like muscle development, hand to hand combat, martial arts, marksmanship and other things. Doga also has the ability to communicate with dogs and order them to do something for him; he could dodge bullets using the Black pepper art. Based in Mumbai he was raised by his four Uncles (or Chachas as he called them). Doga’s main enemy is anybody from terrorists to drug dealers to petty thieves.

Originally meant for destruction of humanity, Nagraj was the creation of professor Nagmani who decided to sell him to the highest bidder. On his first mission to steal an ancient golden statue he encounters a sadhu known as Baba Gorakhnath who helped Nagraj get rid of the mind control pill implanted by the evil professor and serve humanity. His powers range from shape shifting to releasing various types of snakes. Nagraj’s blood is more poisonous than any kind of snake and is composed of small snakes itself. From explosive snakes to the ones which help him fight spirits, he has it all.

After being in a deadly accident, inspector Amar loses his major body parts. To save him, his brain is transferred to a steel body thus making him a cyborg. This life saving operation was performed by his friend Professor Anees. Oddly familiar to Inspector Gadget and Robocop, Inspector Steel’s nemesis is Mechanic who despises machines and wants to kill them. His powers and abilities include x-ray vision, lie detector, scanners, a Mega gun which fires bullets and rockets automatically and a host of other gadgets.

Devi is based on the warrior goddess Durga; she was created by the gods to fight the evil God Bala in the man’s 2nd century. Devi was reborn into the body of a young woman named Tara Mehta. She accidentally unawakens Bala’s devil incarnate; her boyfriend is a notorious gangster and is also the re-incarnation of Bala’s favorite general from the earlier life. Devi was protected time to time by the Durapasya who claimed to be human warriors of light.

Krrish is an Indian superhero created by Rakesh Roshan and played by his son Hrithik Roshan. The story revolves around the extra-terrestrial ‘Jadoo’ who gives Krrish’s father abilities which got transferred to him. His powers include jumping to and from great heights, super human strength and super fast reflex actions. His nemesis is the megalomaniac scientist Dr. Siddhant Arya who wants to take over the world.

A superhero movie played by Shah Rukh Khan in a world where motion based sensor games makes its way into motion. Sekhar Subramanium created the game where the antagonist is more powerful than the protagonist (G-One) and when the villain Ra-One escapes into the real world, all hell breaks loose. Prateek challenges Ra-One (Raavan) and this makes him follow Subramanium’s son to kill him. G-One has super strength, can shoot blasts of energy from his hands and can shoot special bullets once the HART (Hertz Amplifying Resonance Transmitter) is put into its place.

Another hero by the Raj Comics, Behriya is part wolf and part human and is more mature than the foolish Kobi who has good intentions in his heart but is more aggressive. Though Bheriya has defeated Kobi many times, they are essentially linked and have one soul. Bheriya’s powers include hand to hand combat knowledge, communicating with wolves etc. His nemesis other than Kobi is Elephanto, Kaigula, King Luna and many others.

Shakti is another woman superhero who wears a tiger skin and fights crime, especially the ones related to women in Delhi. Severely wronged by her husband (he killed their daughter), she was about to be her husband’s prey when goddess Kali infused her with powers. She can generate fire from her bare hands and has the ability to convert any metal into a weapon. Her third eye (covered with a head band) opens in extreme situations.

With the power of atom manipulation in his special suit, Parmanu fights crime and also seeks revenge on the people who killed his parents and school friends. The suit was designed by his maternal uncle and helps Parmanu fight villains by projecting blasts and also helping him fly and shrink size at will. During day he is Inspector Vinay who is busy catching criminals.

We take pride in our roots and want to see our identity represented in such fantastic characters. While the comic world is packed with superheroes, they are predominantly white. With these Indian heroes, there is a hope to offer an intriguing and exciting story for the fans, along with a hero that looks like us being embodied well in the media. The characters here offer excellent morals that each of us can pick up and take as an example. Furthermore, they have some of the coolest powers of all time. One that will leave you surprised and pleased.