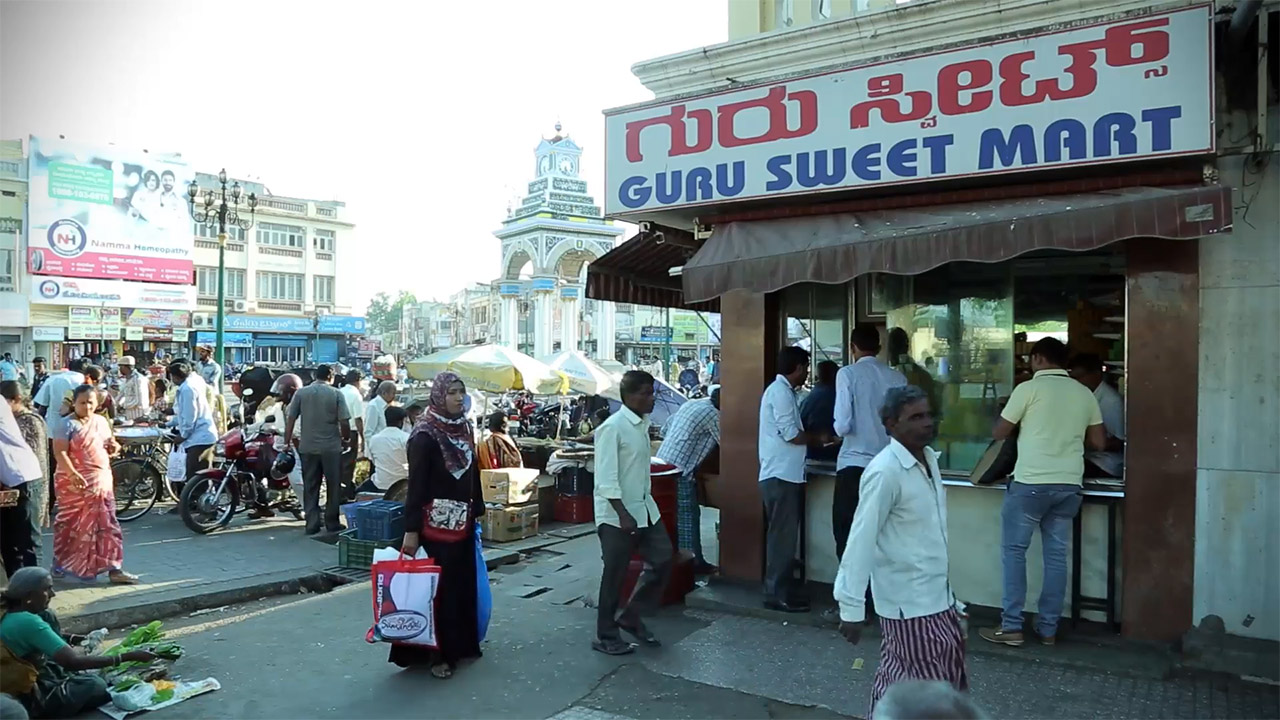 Mysore Pak is one of the signature sweets of the Mysore city and is out there everywhere and lots of people are involved in its preparation. But you will find the authentic Mysore Pak at a sweet stall in Guru Sweet Market, which is near the Devaraja Market in Mysore.

Guru Sweet Mart is one of the best places for selling the traditional Mysore Pak made from pure ghee. They don’t have any branches. They prepare the authentic Mysore Pak in traditional ovens fired by coal. Here, the fudge-like dessert invented by his ancestors for a king is served by the descendants of the royal chef.

The 19th-century king of South India’s Mysore kingdom, Maharaja Mummadi Krishnaraja Wadiyar, had grown tired of the royal kitchen’s creations. He had a sweet tooth. And thus, Kakasura Madappa, his cook, was ordered to form something new and in response, Madappa created Mysore Pak, a fudge-like concoction.

More than a century later, Madappa’s descendants continue to sell Mysore Pak from their Mysore-based shop, Guru Sweet Mart. So, the Mysore Pak is also known as the Royal Sweet of Mysore. For over 74 years, the small corner shop located on Sayyaji Rao Road needs no advertising as everybody knows what to order at Guru Sweet Mart.

The three brothers who currently run the shop Kumar, Natraj, and Shivananda, alongside their cousin, Guru Prasad keep the tiny storefront fragrant with fresh Mysore Pak brought from their home kitchen several times a day. There are several other sweets that are prepared too like barfi, laddoos, pedas, etc. The sweets are made at the brother’s ancestral home, located on a calm street a

little distance away from the central market area. Anyone visiting Mysore does not leave without tasting the famous Mysore Pak from their shop.