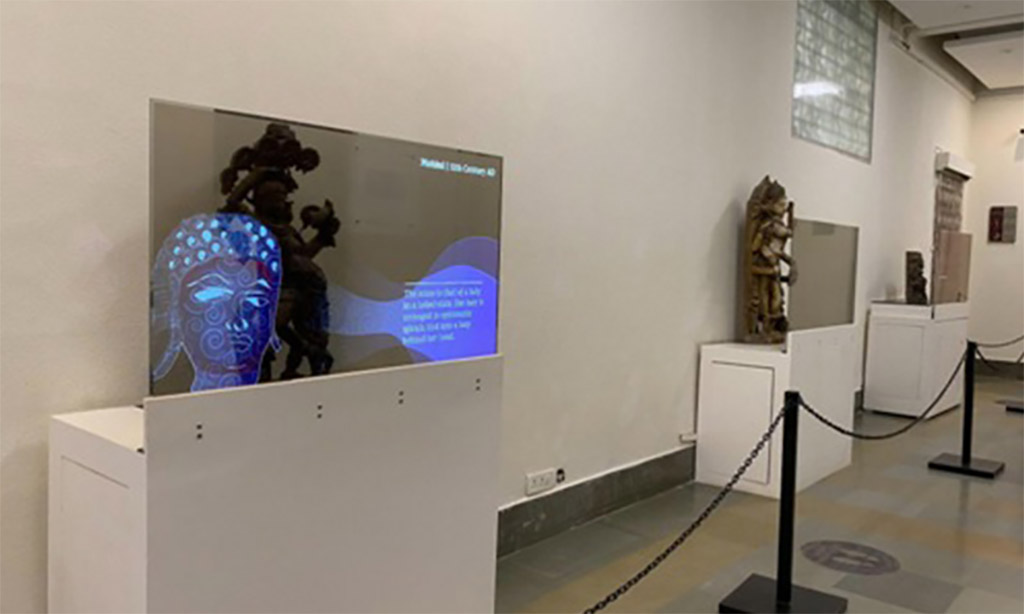 The days of walking into a museum and seeing aisles and rows of antiquities on exhibit are long gone. With the progress of digital and technological technology, it is now possible to obtain information about artefacts digitally and to make inventive use of sensory organs to learn more about displays.

Seven students from the Indian Institute of Art and Design’s Communication Design department in New Delhi breathed new life into the exhibitions at the city’s National Museum with a series of technical adjustments. 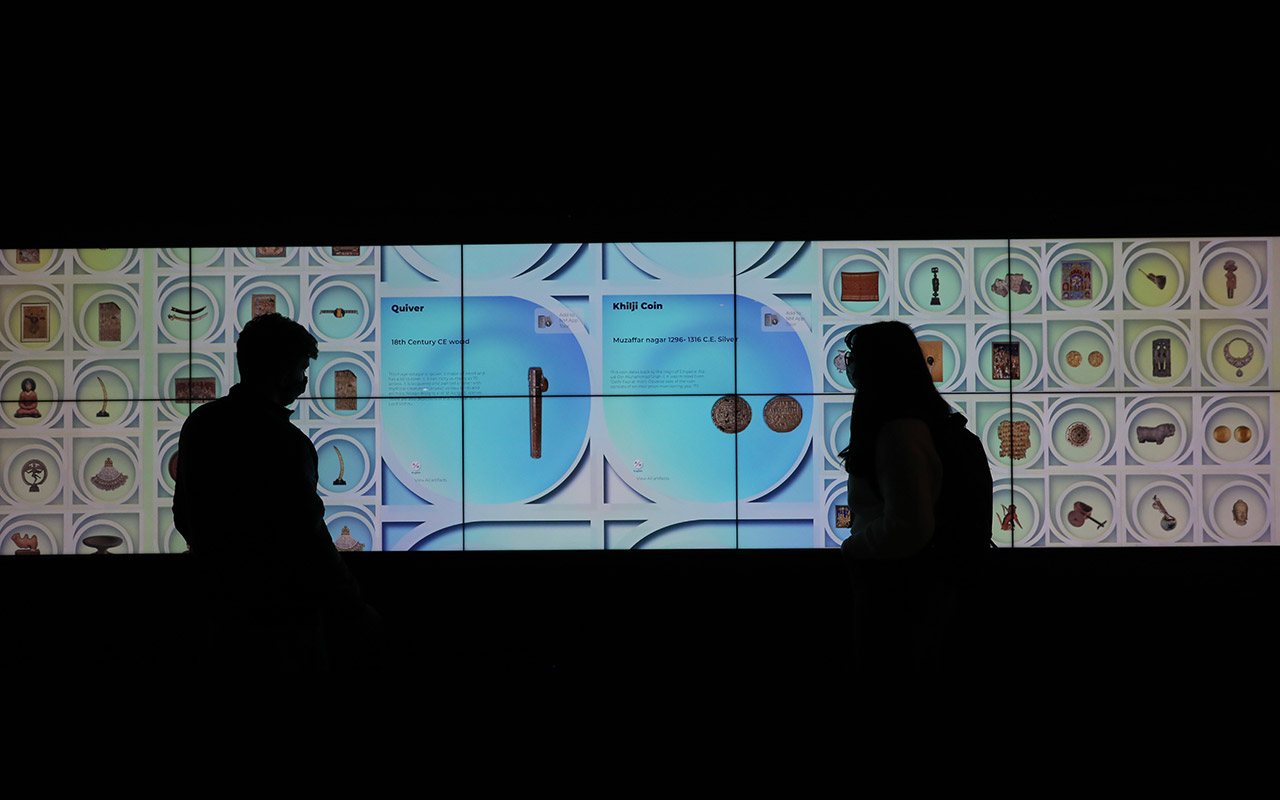 Virtual reality, augmented reality, projection mapping, and other digital interventions are being used by museums to create interactive and immersive digital facilities that go beyond traditional displays.

One will be surrounded by five giant monitors as they enter the main structure, two of which are interactive touch screens. Multiple artefacts are presented on these touch displays, and when one is picked, the artefact’s details are revealed. The projections on the remaining three screens were created by the students.

Many relics now have transparent OLED panels on which text and graphics are shown to impart information. In addition, there is a 270-degree projection theatre in the passage leading to the inner circle of galleries that shows the Ramayana in an animated manner. The projection is accompanied by a narration by Kabir Bedi, a well-known actor. 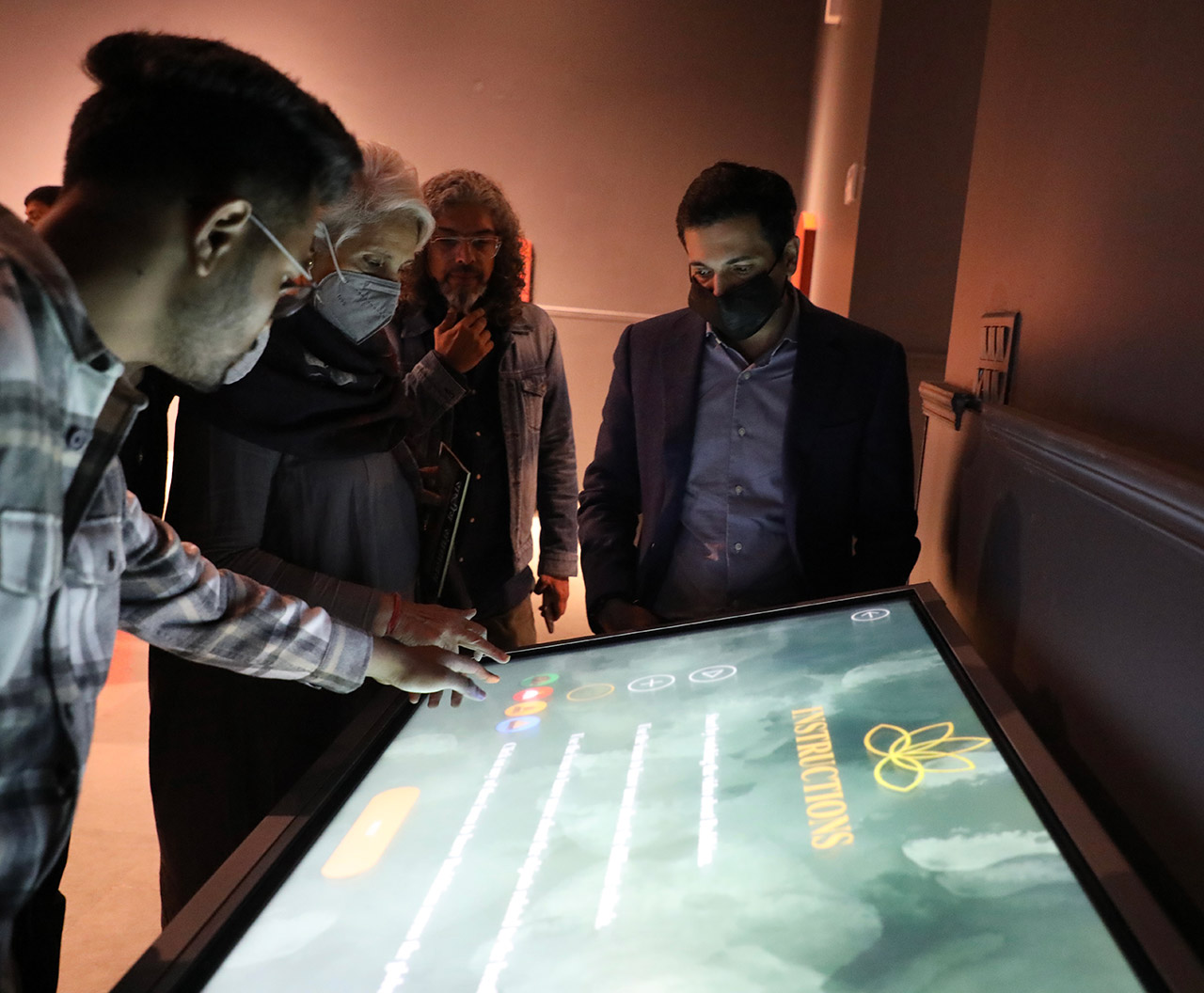 The Central Asian Artifact gallery, which is located on the second floor, has also seen numerous changes. At the opening is a hologram showcasing five artefacts from various locations of the silk route. A multi-touch screen displays an interactive map of Central Asia in the Central Asian gallery. The CAA room now has two projections that depict historical Central Asian paintings.

In addition to the main building, the students worked in the Buddha Gallery. Until 2018, this structure housed the headquarters of the Archaeological Survey of India (ASI). Two touch screen tables, a digital flipbook, a slidable touch screen on Buddha’s life and teachings, and a digital interactive pond built by IIAD students may be found in the gallery.

The National Museum has undergone a major renovation seven decades after its foundation. Although many of the galleries have yet to open to the public, those that have already done so have received a warm welcome. You will be astounded by the work done by IIAD students on your next visit to the National Museum.