Top Indian Folk Singers Who Made Permanent Places in Our Hearts 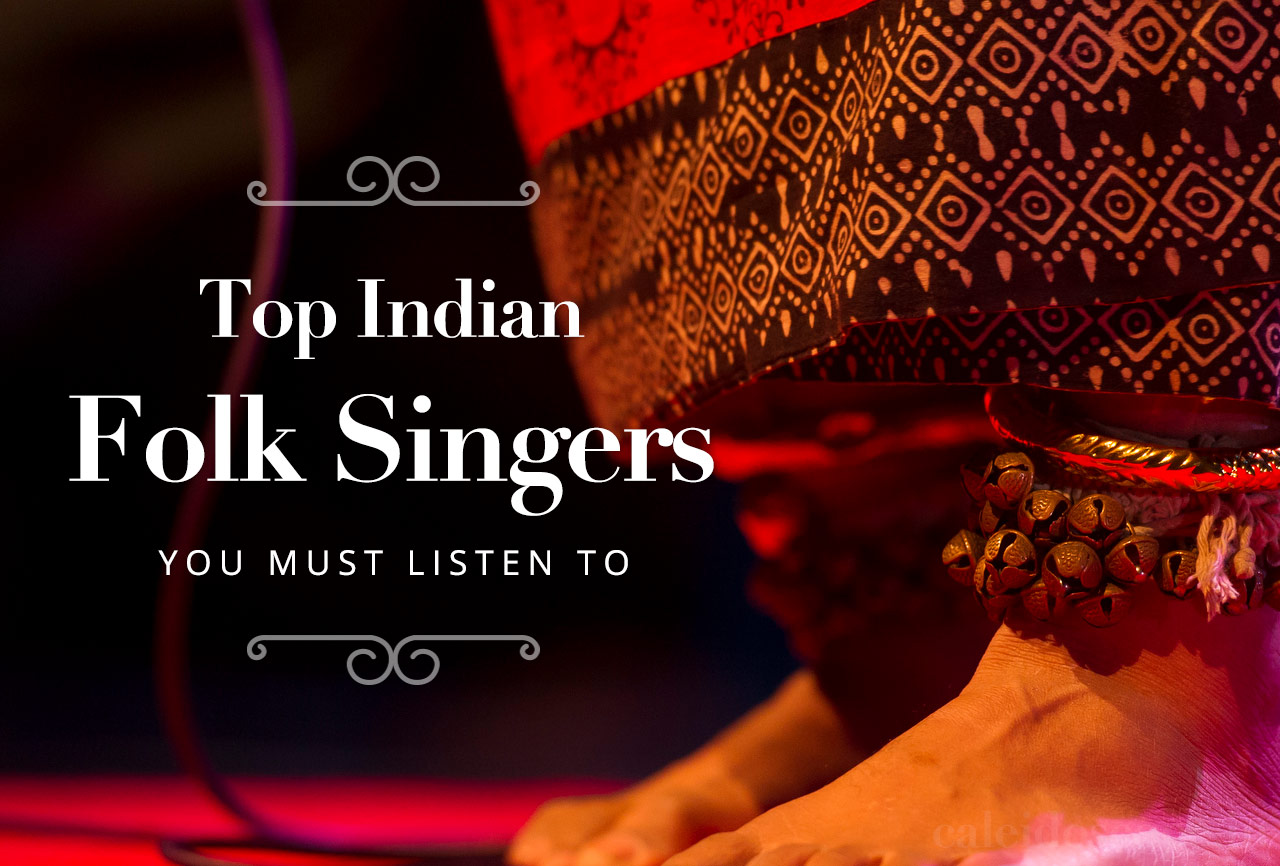 India is a land of enormous diversity, not just geographically but also culturally. Every Indian area developed its own culture. Music, like cuisine, language (dialects), and customs, has always been an important component of the culture and traditions that have arisen from our country’s ethnic heritage. As a result, traditional music is now referred to as folk music or popular music.

Once in a blue moon, a song emerges that is so unique and refreshing that it sounds nothing like typical Bollywood music. It reminds you of the culture that we, as Indians, hold so dear. It unites the country with voices that have influenced cultural change and are powerful enough to move your soul.

Folk songs have a deep significance behind their words and can link you to your spirit through the music. Throughout history, Bollywood has witnessed a variety of folk singers who have won the hearts of people with their incredible voice and melody.

Let’s look at a some of the great Indian folk singers that have blessed us with their wonderful voices.

When it comes to Bollywood folk music, Ila Arun’s name is almost certainly the first to come to mind. She is a prominent Indian actress, TV personality, and Rajasthani folk-pop singer with a unique, husky voice and a predilection for folk-pop fusion. She is originally from Jaipur, Rajasthan.Ila Arun has lent her vocals to a slew of hit tunes. Ringa Ringa from Slumdog Millionaire’s Oscar-winning record is one of her many achievements.Choli ke peeche kya hai? and Morni Baga ma bole with Lata Mangeshkar are two of her most popular songs. 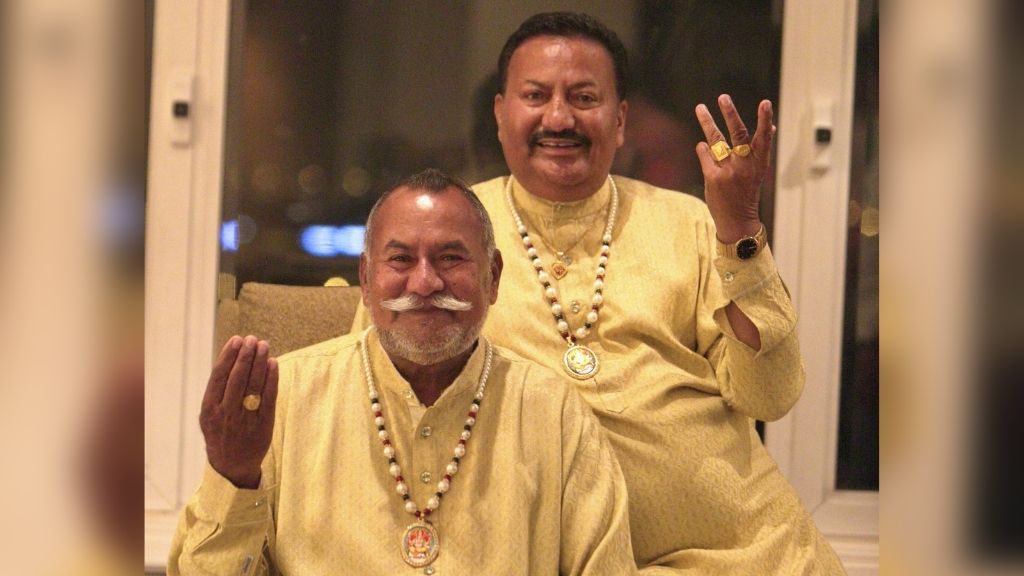 When it comes to Punjabi folk singing, it’s impossible to overlook The Wadali Brothers.Puranchand Wadali and Pyarelal Wadali, both from Guru Ki Wadali in the Amritsar District, have the ability to impact your spirit with their strong vocals. The Sufi singing duo has lent their vocals to songs from Pinjar and Tanu Weds Manu, in addition to enhancing the audience with their folk melodies.Puran Chand studied music with renowned Patiala Gharana masters such as Pandit Durga Das and Ustad Bade Ghulam Ali Khan. Pyarelal received his training from his elder brother, whom he regarded as his guru and mentor till his death (2018 due to a cardiac arrest).The Wadali Brothers sing in a variety of genres, including Gurbani, Kafi, Ghazal, and Bhajan, as well as other soulful genres.

With their brilliant voices, Jyoti and Sultana Nooran have the ability to light up a room.The Nooran sisters are the grandchildren of late Sufi singer Bibi Nooran from the 1970s. They are Sufi folk musicians who were trained by their father, Ustad Gulshan Mir. He often appears in concerts with them. The sisters were featured on Coke Studio in 2012 for the song ‘Allah Hoo,’ which led to them singing a song (Ptakha Guddi) for A.R. Rahman in “Highway” in 2014, which launched them into Bollywood. Ever since then, they’ve had a string of hits with films like Sultan, Dangal, and Dum Laga Ke Haisha.

The sisters were discovered on the TV show ‘Nikki Awaz Punjab Di,’ and they quickly rose to fame, performing Sufi music in India and around the world. Based in Jalandhar, they continue to grow in popularity with their traditional Sufi songs inspired by mystical and legendary folk tales. 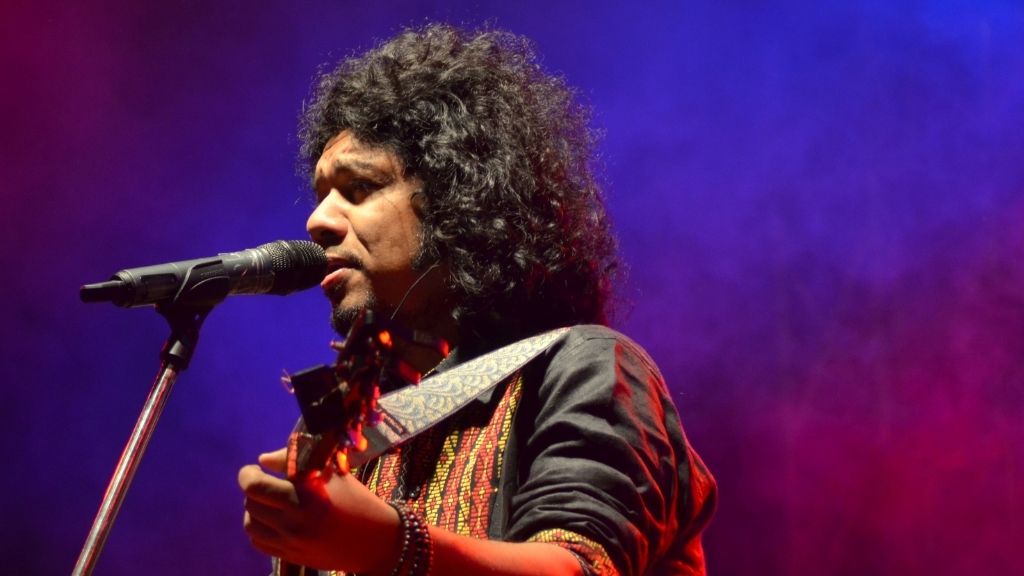 Papon hails from Assam, India, and is an Indian singer, producer, and composer. Angararg Mahanta is his real name. He is the lead singer of Papon, a folk-fusion band, and the owner of East India Company.
Folk music is Papon’s passion. Prior to becoming a household name, Papon made significant contributions to Indian folk-fusion, and his sweet voice enchanted everyone.He has a number of hit songs to his name, including Moh Moh ke Dhage from the film Dum Laga ke Haisha, Labon ka Karobaar from Befikre, and Jiyen Kyun in Dum Maro Dum.Papon has performed with numerous international musicians on worldwide tours, including the paleo music festival in Switzerland, the Jakarta international java jazz festival, and the mosaic music festival in Singapore, in addition to his contribution to Bollywood. 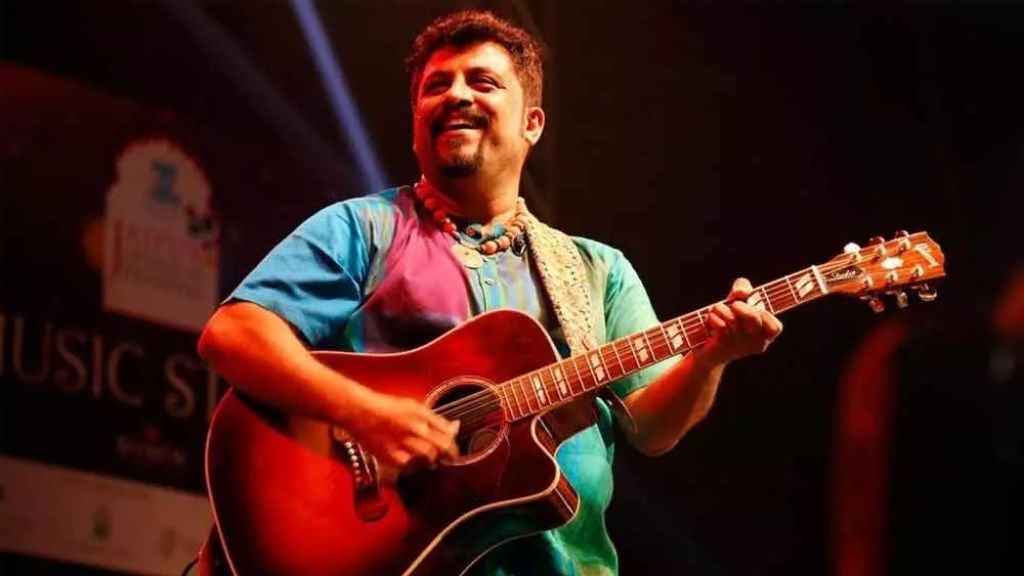 Raghupathi Dwarakanath Dixit is the frontman for the Raghu Dixit Project, a multilingual folk music band, and is an Indian singer-songwriter, producer, and film score composer. Raghu Dixit’s Raghu Dixit Project is a place where musicians and artists of many genres may join together, collaborate, and create a dynamic sound and expression.

Raghu’s music is a seamless synthesis of Indian ethnic music and influences from throughout the globe. His lyrics, while powerful, are straightforward and speak to the feelings and experiences of the average person, making his songs highly popular among his audience. Raghu’s vocal technique can be defined as one-of-a-kind at its best, incorporating Indian ethnic folk, Sufi, and classical themes deftly into his songs. His voice range and agility have been praised with admiration. His most loved songs include Mysore se aayi, Mumbai, Antaragni, Hey Bhagwan, Har Saans Mein, Gudugudiya, and many others. 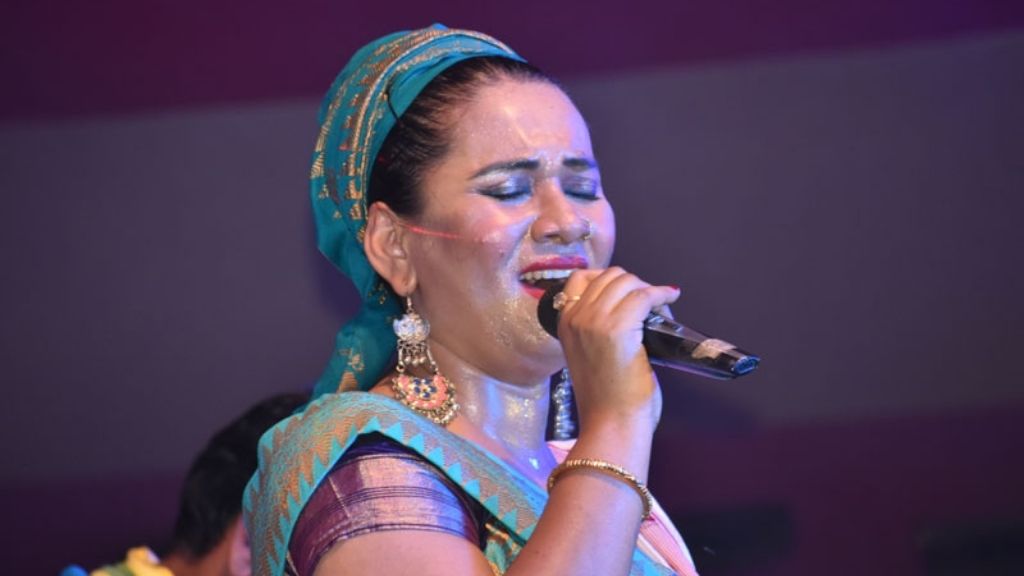 Kalpana Patowary learned music from Ustad Gulam Mustafa Khan, a famous singer from Assam. Bhupen Hazarika, the Brahmaputra bard, has had a strong influence on her singing.  She rose to prominence after appearing on the reality show Junoon – Kuchh Kar Dikhaane Ka, which aired on NDTV Imagine in 2008.

Bhojpuri folk music is Kalpana Patowary’s strong suit. But her work has never been limited as a result of this. She can sing flawlessly in 30 different languages, including Bhojpuri. She is responsible for hit dance numbers such as Gandi Baat (R… Rajkumar) and Uncha Lamba Kad (Welcome).Kalpana is well known for her folk songs, and along with that, she has also performed in Bhojpuri and Bollywood films, as well as Marathi, Tamil, Bengali, and Assamese films.Fool & Final (2007), Billu (2009), Khatta Meetha (2010), and Begum Jaan (2017) are just a few of the noteworthy Bollywood films for which she has sung. 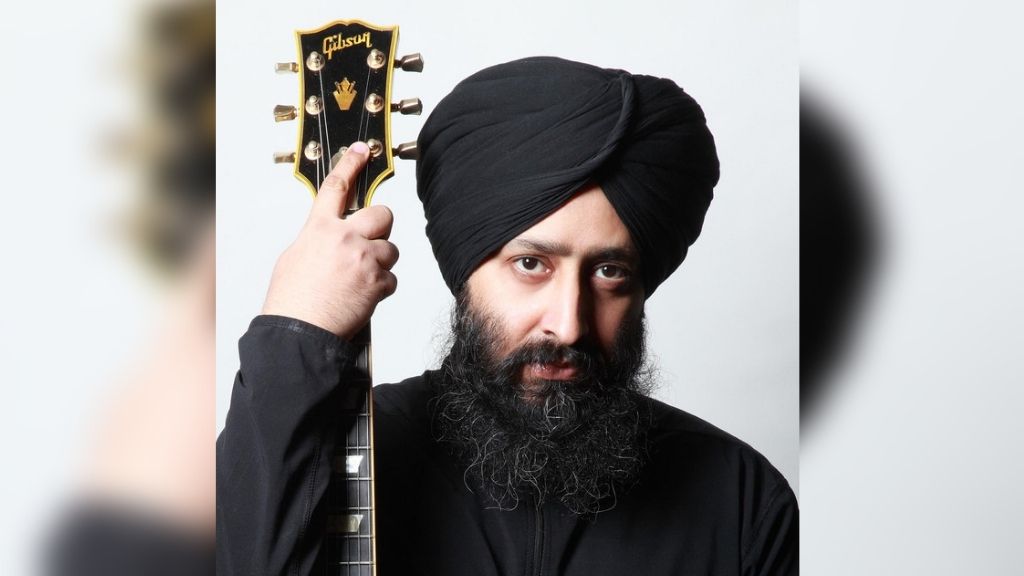 It was tough for things to go viral back in the days when the internet was still developing. Regardless, Rabbi Shergill’s song Bullah Ki Jaana became an overnight sensation. Rabbi Shergill’s music was unlike anything we’d heard before, with his unusual Sufi-folk-western voice.He approaches music in an entirely different way. As a result, his music is classified as rock, pop, Punjabi with a bani-style melody, Sufiaana, semi-Sufi, and semi-folksy music with a heavy dose of western influence.Rabbi is also known as the “Urban Balladeer of Punjabi Music.” While he has lent his voice to a number of Bollywood songs, Challa from Jab Tak Hai Jaan is his most well-known. 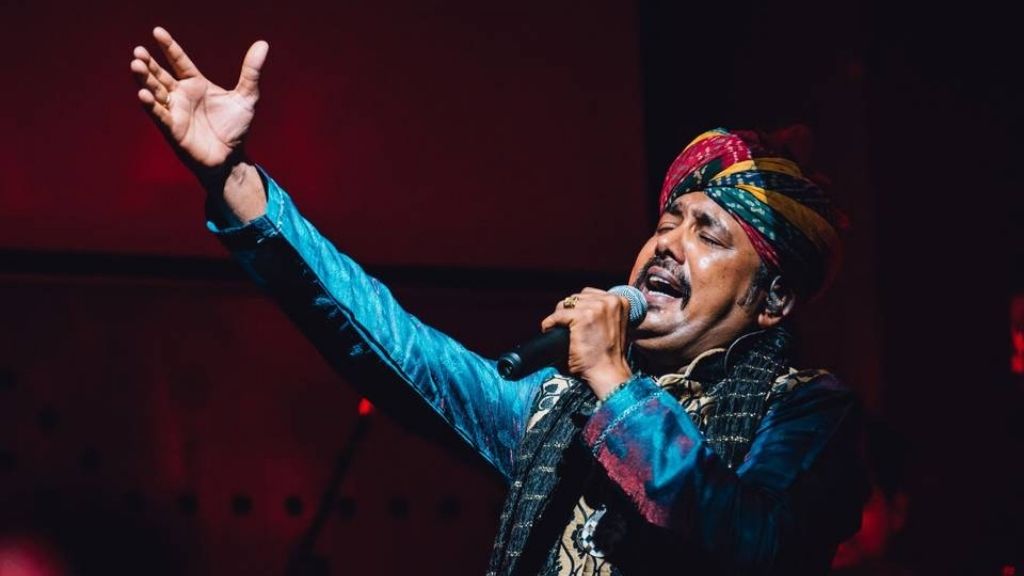 Mame Khan, another gem from Jaisalmer, was born into the fifteenth generation of a family of folk singers and is well-known for his live performances.Mame Khan has been dubbed the “Folk Star of Rajasthan” for his unusual compositions and colourful character.He has brought an ancient musical history from the golden Thar Desert to Bollywood’s screens. Mame Khan’s voice brought Rajasthani folk music to the world’s attention.He is a master of Jangra music, a subset of Rajasthani folk music that has happy-go-lucky melodies for every occasion. Mame Khan has lent his voice to Bollywood on numerous occasions, from No One Killed Jessica to Luck By Chance and, most recently, Mirzya. 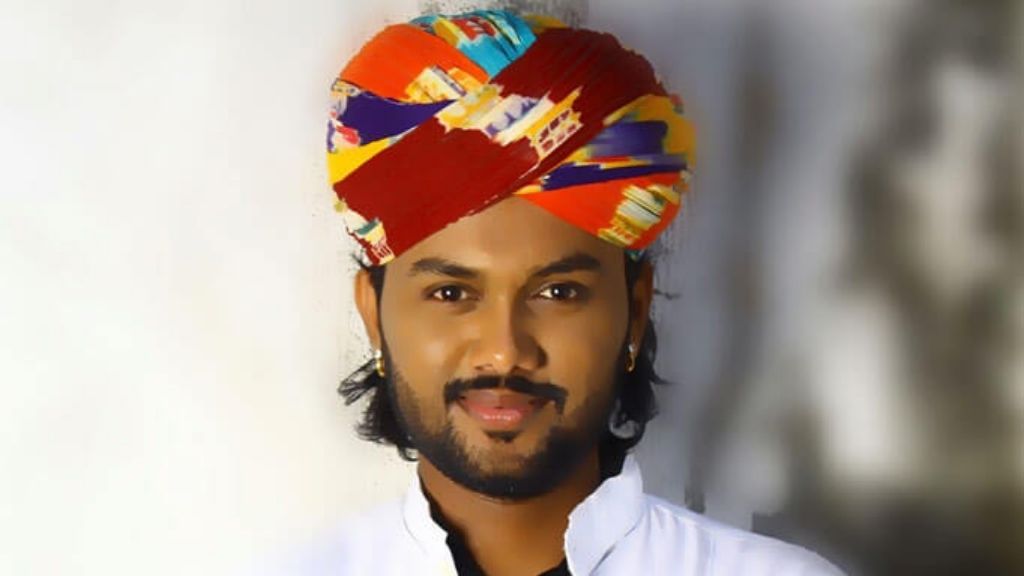 Swaroop Khan is a Rajasthani folk singer who rose to fame after placing in the top ten candidates on an Indian Idol season. Since then, he’s lent his voice to a slew of Bollywood hits.His most recent contribution was the iconic Ghoomar song from Padmavat, and he has also appeared in Mukkebaaz, Dhanak, Filmistaan, and PK.His audience familiarity must have begun with reality television, yet he never stopped contributing to Rajasthani traditional music.In terms of Bollywood collaborations, his biggest hit has been PK’s ‘Tharki Chokro.’ “Bahut Hua Samman” from Mukkabaaz, and “Emotional Atyachar” from Emotional Atyachar. 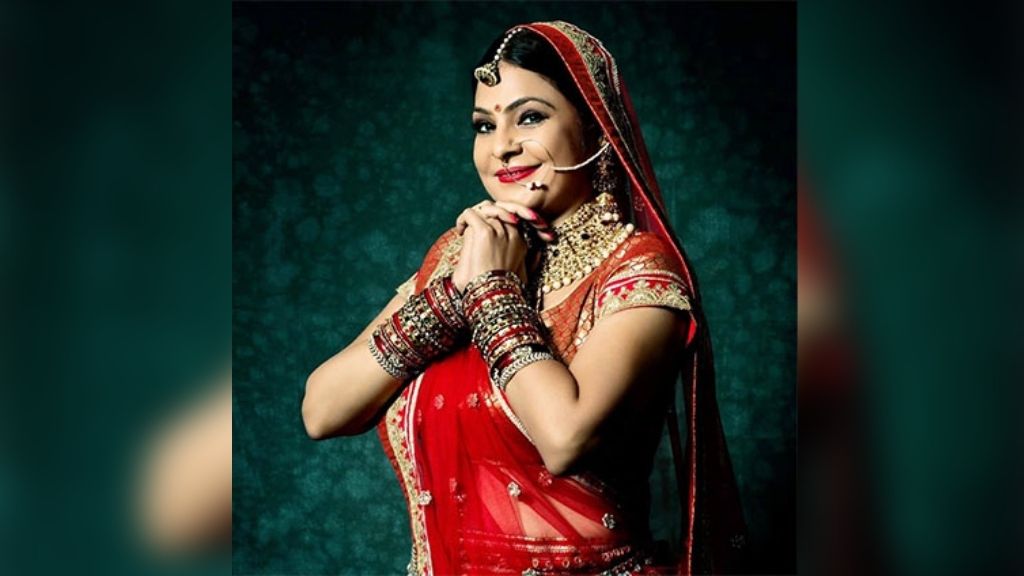 Malini Awasthi is an Indian singer and musician who sings in Hindi, Awadhi, Bundelkhandi, and Bhojpuri, among other languages. She was born in Kannauj, Uttar Pradesh. She’s also a well-known All India Radio A-Grade artist.

She has also taken part in Hindustani Classical music concerts both in India and overseas and played at events such as Pravasi Diwas in Trinidad, the Festival of India in Mauritius, and the Cultural Performance at London’s South Bank Center.

She is one of the few vocalists who has sung in both the United States and Pakistan. Malini has received awards like the Padam Shri and the Yash Bharti UP Government Award for her contributions to folk music.

She has also lent her voice to various Bollywood films such as Chaarfutiya Chhokare, Dum Laga Ke Haisha, and Agent Vinod, to name a few. 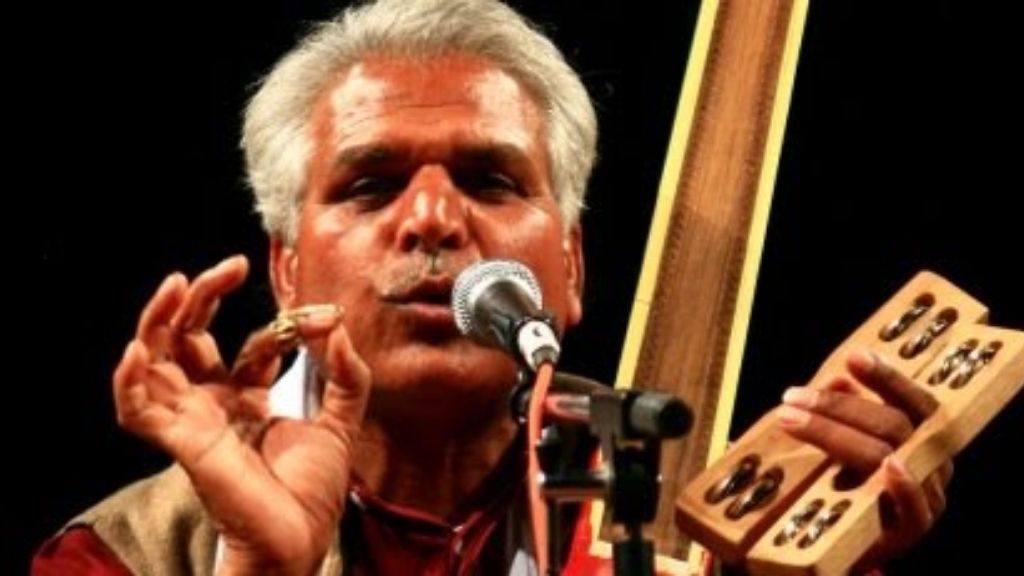 In the Malwa district of Madhya Pradesh’s folk style, Prahlad Singh Tipanya, one of India’s most captivating folk voices, merges singing and explanation of Kabir bhajans. Prahladji mixes a powerful vocal style with an enthralling ability to connect with his listeners.

His performances are more than just fun music. They are profound encounters with Kabir’s spiritual and social thinking. He is regarded in Malwa not only as a singer, but also as someone who spreads Kabir’s messages with great personal fervor and commitment. His concerts emphasize the importance of overcoming petty divisions, sectarianism, useless ritualism, and hypocrisy by adopting love as the true religion. 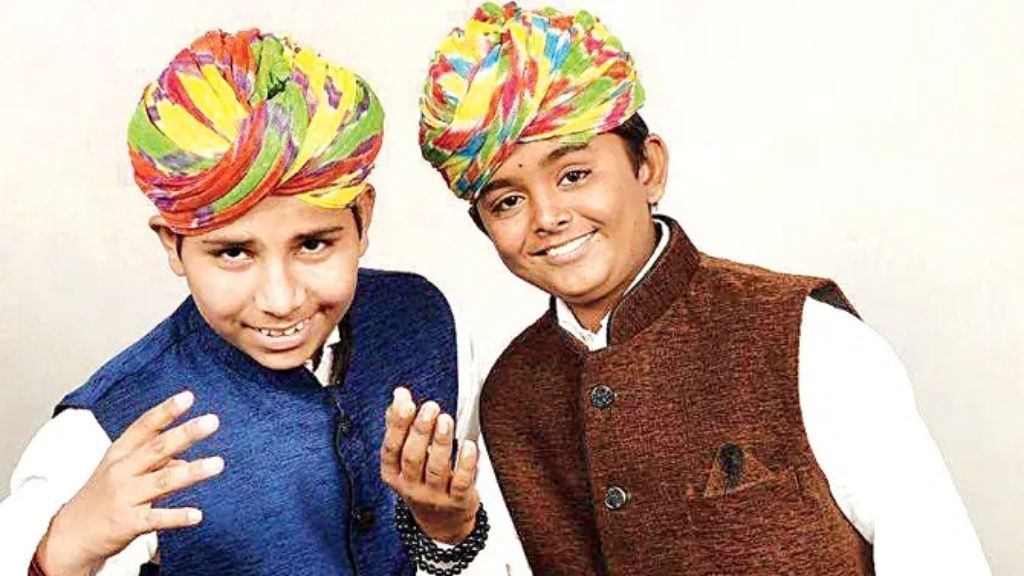 Sarwar Khan and his brother Sartaj Khan are from a small village near Jaisalmer. They are two of the newest additions to the Rajasthani folk singing scene.Sarwar Khan is twelve years old, whereas Sartaj Khan is only eleven.They began their career by singing on a reality show and gradually gained popularity. The guys rose to prominence after singing for the Bollywood film “Dangal.”The couple performed the song “Hannikarark Bapu,” for which they garnered a lot of praise.Two of them were already well-known folk singers, but their fame skyrocketed after their Bollywood encounter.

Music will always speak to every one of us in unique ways, causing us to fall in love with it. A folk singer’s voice has unrivaled power, and Bollywood has frequently resorted to them to create music that embodies our nation’s fabric. Folk artists don’t live because of music; rather, they live for the sake of music.