Indian Jewellery – More than Just a Piece of Accessory

The term ‘Jewellery’ traces origin from the Latin word ‘Jocale’, meaning plaything. It may extend its meaning to include decorative articles worn as personal adornment. Archaeologists have found 100,000-year-old Nassarius shell beads. This excavation is the first piece of jewellery.

Jagannathan texts acclaim that the culture of Indian jewellery originated from the cult of adornment. The tradition of ornamentation has been present in India since times immemorial. This is evident from the classic texts, epics, chronicles, etc.

The culture of Indian jewellery is very lucrative and variegated given the cultural diversity in India. You may find a particular type insanely famous in one state and another type in another state. Even the material, the metal, and the design varies from state to state.

Significance of Jewellery in Indian Culture 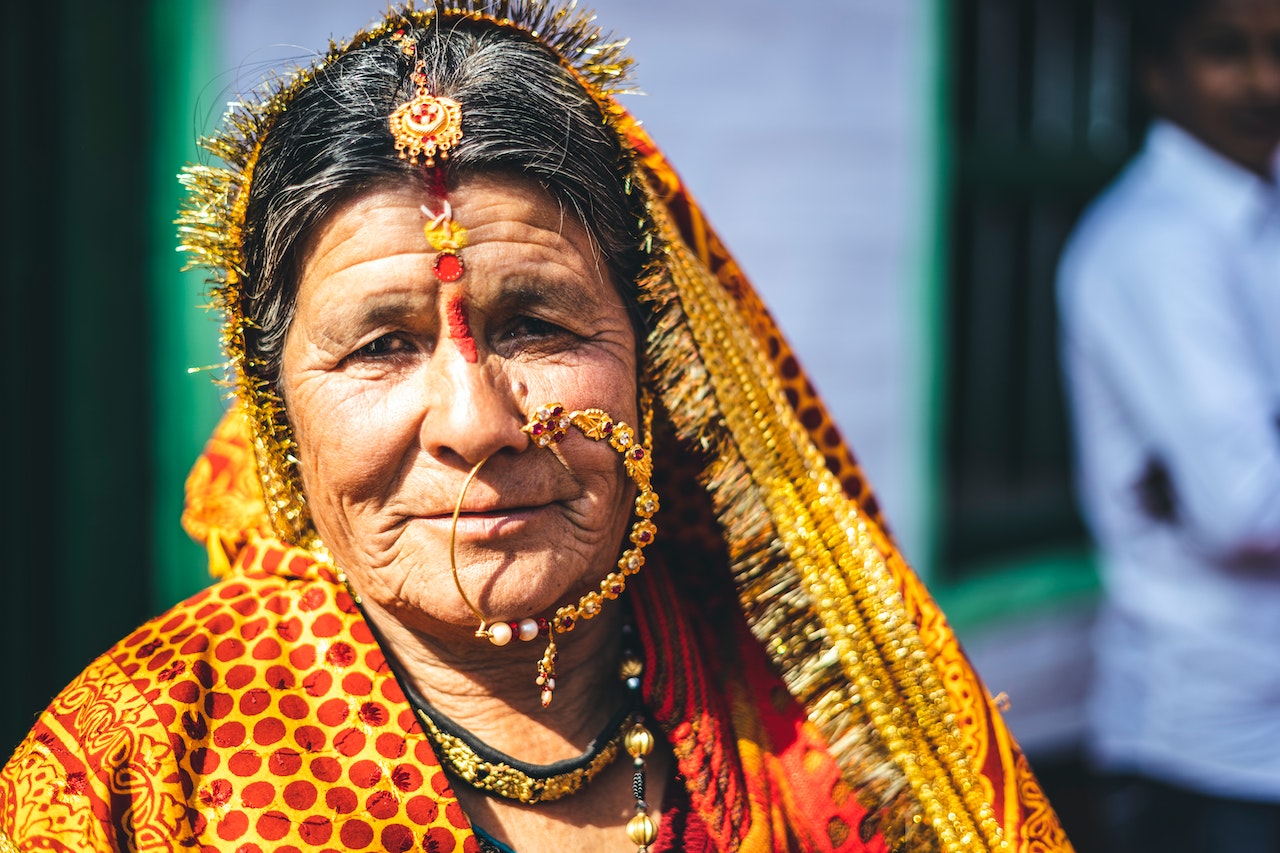 In Indian culture, jewellery carries spiritual and ethnic connotations. In ancient times, the jewellery gifted to women in the form of ‘stridhan’ formed a significant part of women’s material possession. The jewel beads are endowed with mystic magic and God’s love. Many traditions believe that jewellery invites good omen. It is a mark of auspiciousness.

No doubt, jewellery enhances one’s beauty. But besides this, it also symbolizes status and wealth. It gives one a sense of prized possession, aesthetic and material satisfaction and is a piece of art of sheer craftsmanship. In primitive times, religious and traditional affiliations were backed by jewelry.

Many believe that the trend of jewellery began with religious jewellery. Gods and goddesses are often linked to jewellery. I India, being a secular country, sees different types of jewellery associated with other religions.

The pendants with chi-rho monogram and the cross in Christian tradition show symbolic faith, humility, and strength. In Hinduism, the rudraksha and tulsi beads necklace holds supreme importance for the holy men and priests. Other than these, the pendants of om, lotus, and kali yanta symbolize feminine energy. Muslims wear a locket around the neck to protect themselves from evil powers and evoke happiness, devotion, and joy. Lastly, in Sikh tradition, the kirpan pendant symbolizes the readiness to self-defence. The khanda pendant, too, is very optimistic, representing God’s universal and creative power.

A wedding in India is incomplete without the bride beautifully adorned in heavy jewels. The bridal jewellery signifies the union of two families through the auspicious occasion of marriage. It enriches the beauty of the bride and signifies the prosperity of the family. Even the groom wears beautiful heavy pieces, including the necklace chain, earrings, and heavily beaded waistband.

The rich tribal culture demonstrates the ethnic trend of jewellery too. These tribal pieces of jewellery include necklaces, bangles, ear cuffs, toe rings, etc. The material used for making this tribal jewellery enormously varies from region to region. Subsequent use of natural material such as feathers, fur, flowers, etc., is also a salient feature of tribal adornments.

The Bastar tribe of Madhya Pradesh uses grass and beads for jewellery. The most prestigious of their jewellery is coin jewellery. In contrast to natural materials such as grass, feathers, and stones, tribes also use expensive metals. For instance, the Bhutia tribe of Sikkim prefers the use of 24 karat gold for making it. The tribal beauty of ornamentation culture is wide-ranging and engaging.

Jewellery common all over the country

In India, the tradition of Head-to-Toe pieces of jewellery is very famous. Jewellery notes some value in spiritual, religious, and aesthetic terms. As mentioned earlier,  varied pieces of jewels are based on regional and religious preferences. These are a few pieces that are common all over the country:

Not only women but also even men wear it and carry them flawlessly. Indian culture embraces different styles of earrings – Danglers, Kundan, Jhumka, Chandbali, etc.  There are contemporary accessories like Kanvelis and Sahara Chain, usually paired with earrings. Though the opening on the earlobe, earrings infiltrate the body.

Necklace marks the royalty; the kings and queens of ancient times wore big galobandhan necklaces to show the power of their royal family. According to the traditional beliefs, chains bring good luck and act as a restraint against evil energies.

Bracelets or Bangles or Kadas or Chooras are a must-be-worn piece for brides in India. They are of various types, based on the traditional preferences and even the material differences. In India, you can find gold, silver, ivory, iron, steel, and even glass bangles. Like the necklace, bangles form a significant part of the jewel box of a married woman.

In many traditions, Nose piercing is celebrated as a holy ritual. It also promotes the health of women. The Ayurveda too notes the link between nose piercing and the reproductive health of the woman. Hence in Indian tradition women wear the Nath as part of their day-to-day jewellery.

A bride’s look is incomplete without a maang tika. In our phrase ‘ Head-to-Toe ‘ jewellery, the hanging ornament forms a big part of the head jewellery. The maang tika is dominantly a wedding ornament. It signifies the spiritual and emotional unification of males and females on the day of the wedding.

Other than the enlisted standard pieces, finger rings, toe rings, and Payal (anklets) are also typical ornaments. The metal used may vary from gold to silver to copper.

Changes over the Years

With time, it became evident that jewellery is not only a symbol of wealth and status in society. In addition to those, it is also a symbol of financial security in times of hardships.

The country has witnessed a shift in design trends. Now, religious and traditional functions are not the only occasions to wear gemstones. The culture has expanded to include several new types of stones, including amethyst and garnet. They form a part of the accessory tray of both women and men.

The old, traditional tribal gemstones of Indian culture came back to life among youth in the Hip Hop culture. In the present times, the people outside the tribal boundaries also love these funky yet fancy designs.

Jewellery plays a vital role in cultural and religious domains. Besides this, Ayurveda has recognized the health benefits of ornaments. The culture of Indian jewels has seen many moderations through the years. Despite the changes over the years, the ethnic value regarded with it remains intact.