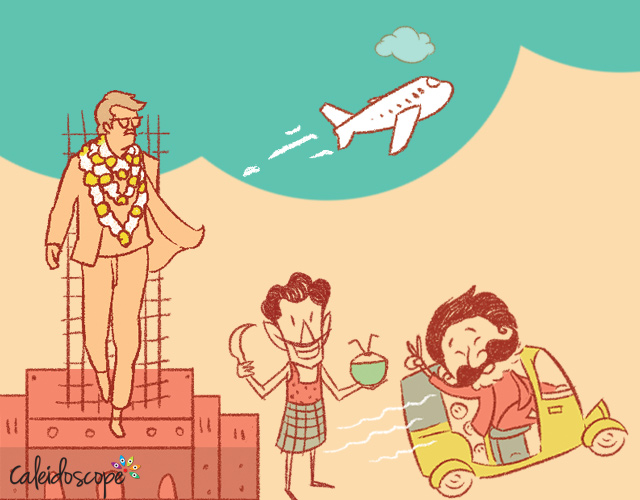 Tamil Nadu has been hogging the headlines over the last few months for various reasons. First it was the state’s beloved Amma’s death, then the Jallikattu controversy and now the tussle for the Chief Minister’s post. The state capital Chennai is in the spotlight of national media due to these controversies, so the Tamil Nadu language spoken by localities is of interest.

‘A local dialect spoken in a multilingual context’ — this is how V. Arasu, head of department of Tamil Literature at the University of Madras, describes Madras Tamil. Chennai being a mega metropolis, there are multitudes of people from across India and abroad.  It does not take much time to catch up with this slang irrespective of where one is from. Although it is hard to find locals talking in Hindi, they do understand the language. This scene is changing due to migration of many North Indians to Chennai in search of work.

Another language that can be easily understood by the locals is that particular dialect of Telugu spoken by those natives of Andhra, who have settled down in Tamil Nadu since many generations. Their Telugu consists of a large collection of Tamil words and is hence easy to understand. However, it is necessary for every person living in Chennai to learn a few Tamil words/phrases for simple conversations at the grocery store or for bargaining with autowallahs.

You can find the youth calling each other ‘machan’ or ‘machi’ (meaning dude) or adding a suffix  ‘da’ at the end of every sentence. One must also not feel offended if they are addressed as ‘nee’/ ‘unakku’ instead of ‘neenga’ or ‘ungalku’ (generally used to address with respect). This is not a deliberate attempt to degrade someone; it is just the informal way of city life.

‘Mokka’ (as in a lame joke),’bandha’ (show-off), ‘semma’ (superb), ‘vetti’ (joblessness, used among friends, but not in  a derogatory manner)-these are some slang words one might learn within a few weeks from staying in Chennai.

Other than the certain stereotypical syllables like – ‘aa’ as in ‘right-aa?’ (Is that right?) or ‘apadiyaa’ (Is that so?) and ‘u’ as in ‘left-u’ or ‘turn-u’, one must know certain other terms to enjoy a conversation with a local.

Some common slang words in Madras Bashai are: