Resonance – An Indian Band for the New Decade

No matter the genre an artist or a group of musicians adhere to, the motive is always the same – to reach out to the largest possible audience who share with them similar ideas and experiences about life, love, and beyond. In its inception in 2015, the Kolkata based band Resonance had started out with nothing less but an ambition to give form to this very vision. Although novices in the music industry, Kausheyo (keyboardist and violinist), Anisha (vocals), Saurav (guitar), and Shinjan (bass) formed a very young group blessed with exemplary talent.

What began as fun jamming sessions over weekends quickly developed into a properly organized and established youth band. Speaking of the choice of name for the group, Kausheyo insists that the name ‘Resonance’ had been the obvious choice because of their single minded purpose in their endeavors – to create and share music that would strike a chord with their audience and resonate with them. 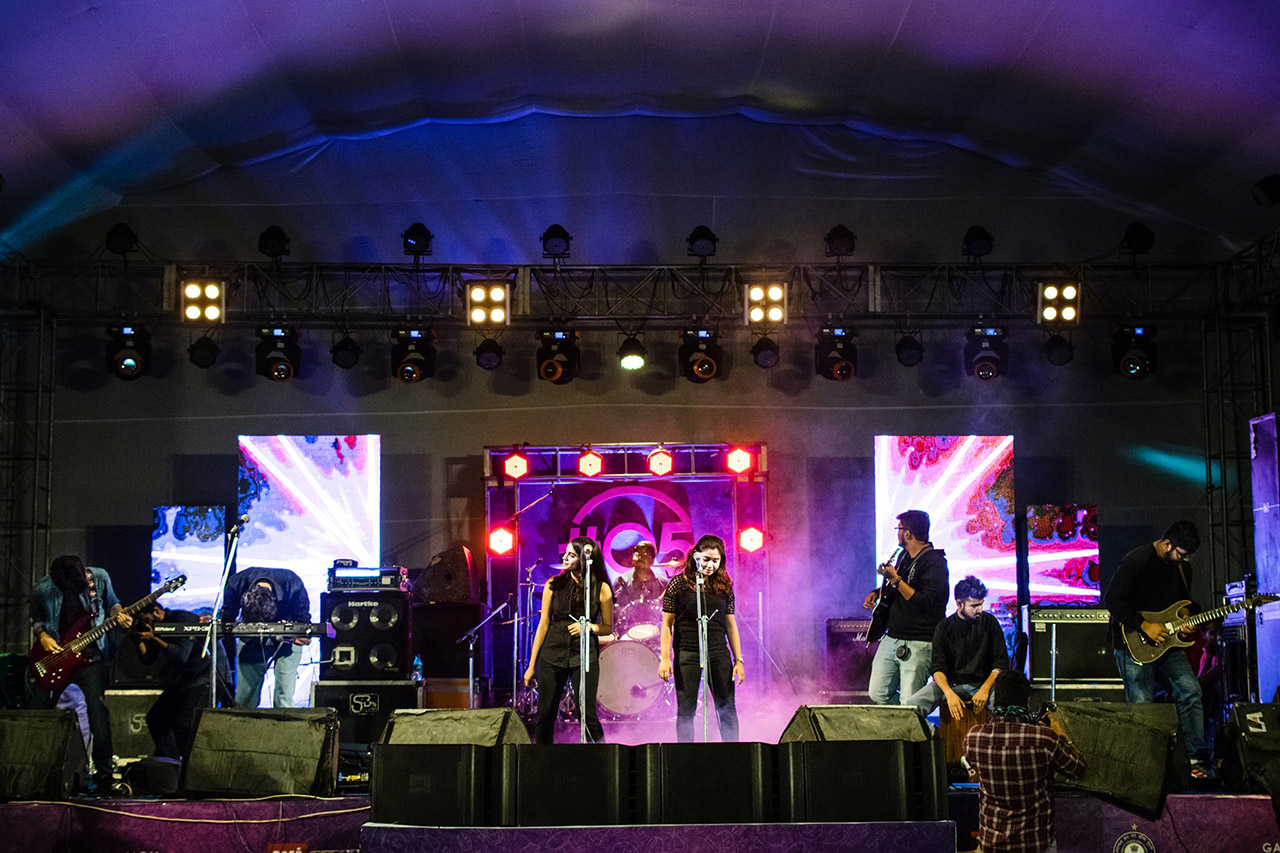 The current members of the band include Kausheyo, Anisha, Mouli (vocalist), Snehasis (lead guitar), Saikat (bass), Arka (rhythm guitar), and Swarnavo (percussions). In a very short span the band has scaled impressive heights with respect to their performances and their audience base has only increased. In its initial days the band performed, outshined, and came first in numerous college fests. One of the highest points in their achievements during this period was their stint at being the standout band for three seasons consecutively at Oikotaan, organized by IIEST, Shibpur. They slowly built their way up performing at various cafes and restaurants across the city, including the iconic Trincas. 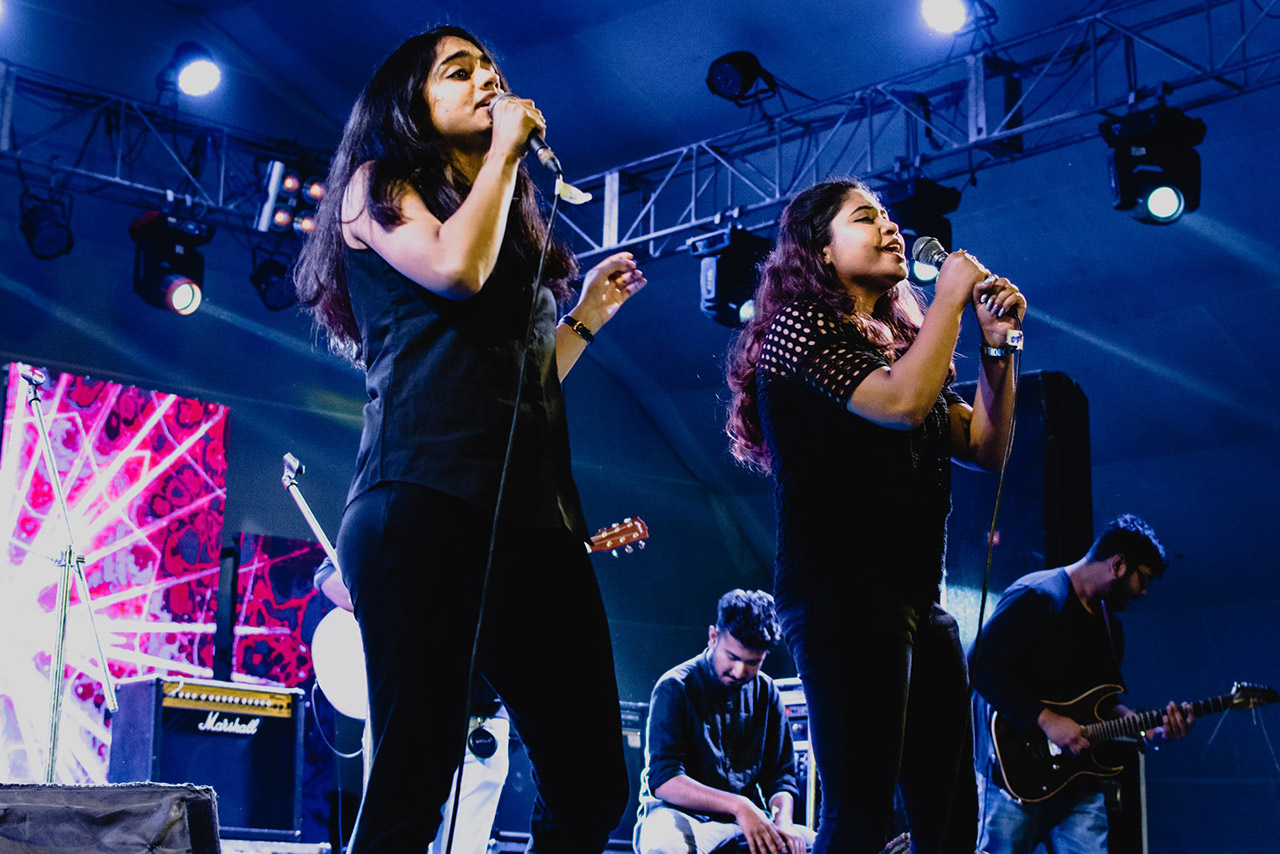 One of the highlights of their performances happens to be their contribution in the World Music day program organized by NBB24x7, in which they shared the stage with the likes of Groovers, Subham Moitra, Soumitra Ray(Bhoomi) and Upal Sengupta(Chandrabindoo) to name a few. At present they are focused on creating and recording their original works. They are also working on their EP, which is set to be released soon.

Resonance as a band is different because of their unique take on the iconic songs they cover. The songs that they usually cover are iconic, already having a substantial fanbase following the particular band or artist. There is a signature Indian flavour to the songs which are recreated by Resonance, as they take care to not change the essence of the song but only modify the feel and texture of it. 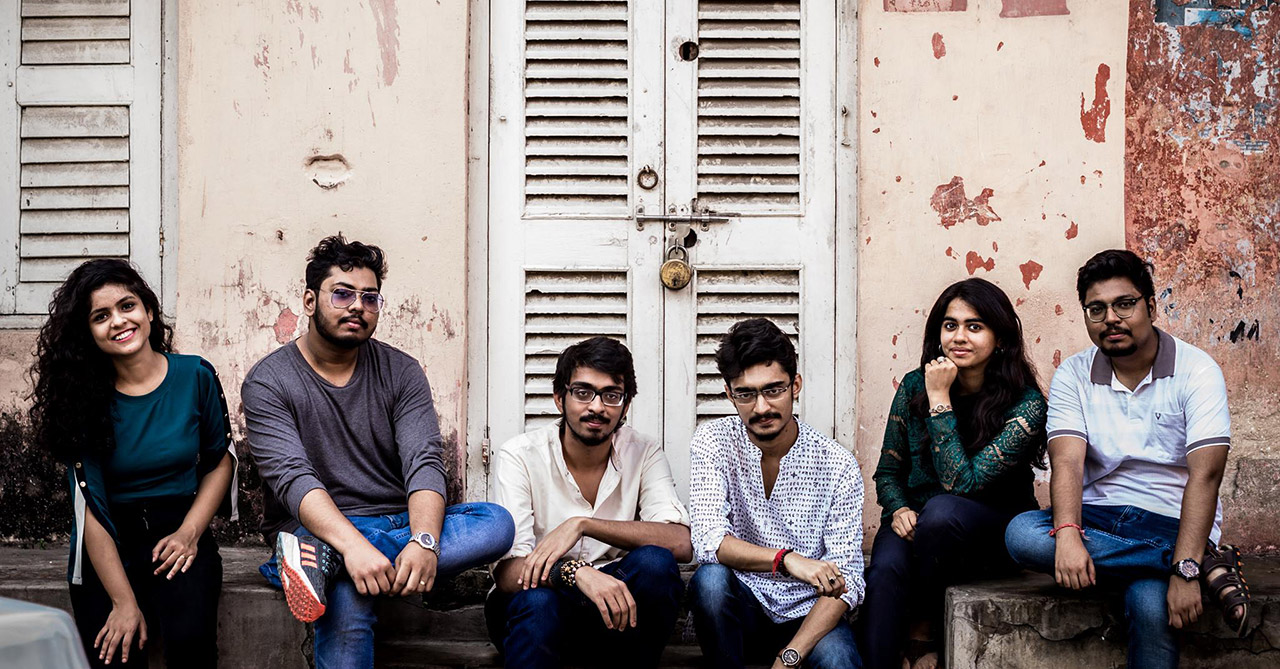 As an example of their original take on canonical songs of western culture – it is not uncommon to hear the tunes of Indian music wafting through the layers of their rendition of one such song. They also frequently use other instruments to introduce a hint of pathos to their soulful cover. In particular, their use of the violin in several musical covers is a remarkable addition which harmonizes perfectly with the music.

The testament to their genius lies in the fact that none of these new techniques or alterations are forced or in discord with the original – in fact, it fits in perfectly with the existing chords of music. Do not forget to check them out at their YouTube channel: Kausheyo Roy Official. Follow the Band on Facebook