This Illustrated Poem will Change Your Perspective on Women

“She’s not that kind of a girl”. Various iterations of this sentence are heard everywhere, all the time. The might-be male equivalent of this, on the other hand, is rarer than the white peacock.

This is a common feature of every patriarchal setup, where judgements are reserved for one sex only. These judgements are often seen as nuisances of life which only cause harm if a woman let them affect her.

But their ramifications reach deeper. Over time, these seemingly-inert judgements drive almost every young male, in his formative years, to create an ill informed image of the ideal female. Such images rarely take into account the complexities and layers of a woman’s personality, of her whole being. More disturbingly, they make women to be viewed as subjects of righteous predominance.

Remedies for this precondition are sought in reformation of the laws and of the education system. But, almost unbelievingly, the solution is just a change of perspective. Getting a view of the society from the other side.

This is what the artist Joseph Rajini Asir is trying to communicate through this beautiful poem illustration.

Talking about the absence of perspective, he says “I always gave the benefit of doubt to the abuser.”

“I used to consider what might the girl had done to provoke him”, he adds.

He worked closely with a victim of abuse for six months. A collaboration that culminated into these illustrations, and a new perspective.

The work has strong, sensitising statements, as well as motifs composed of sexual references and intimate postures. Let us know what you think of the work in the comments below. 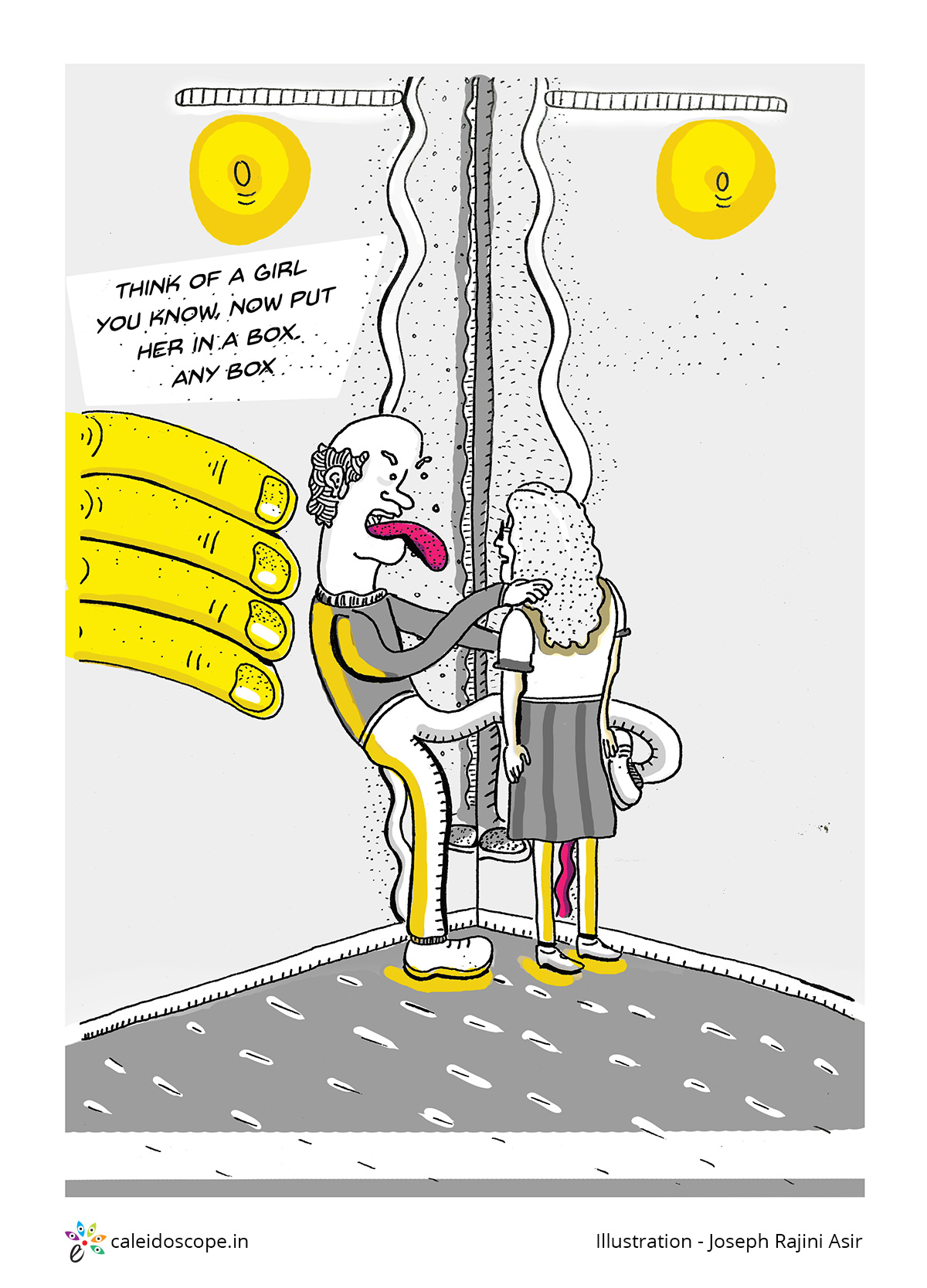 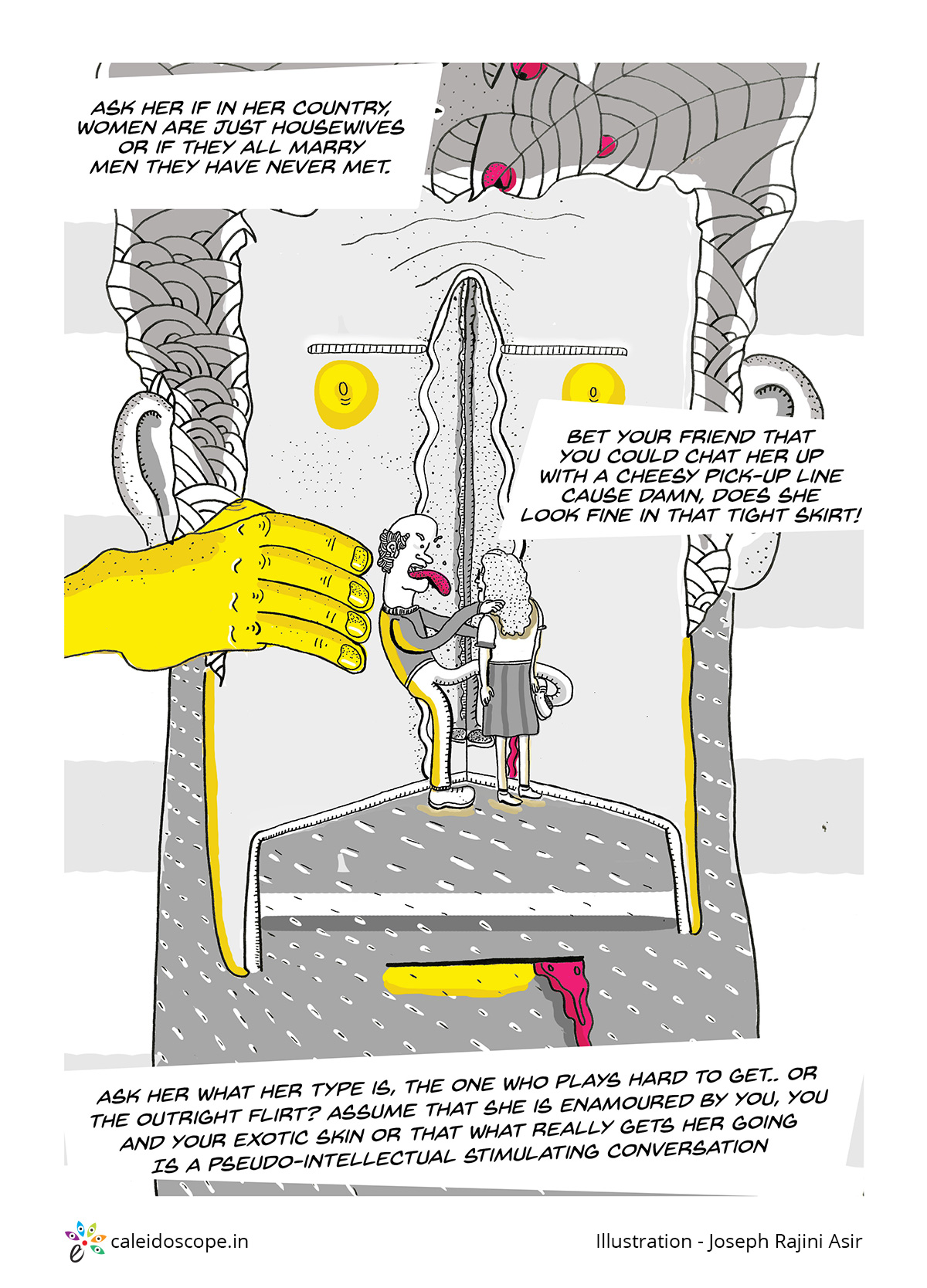 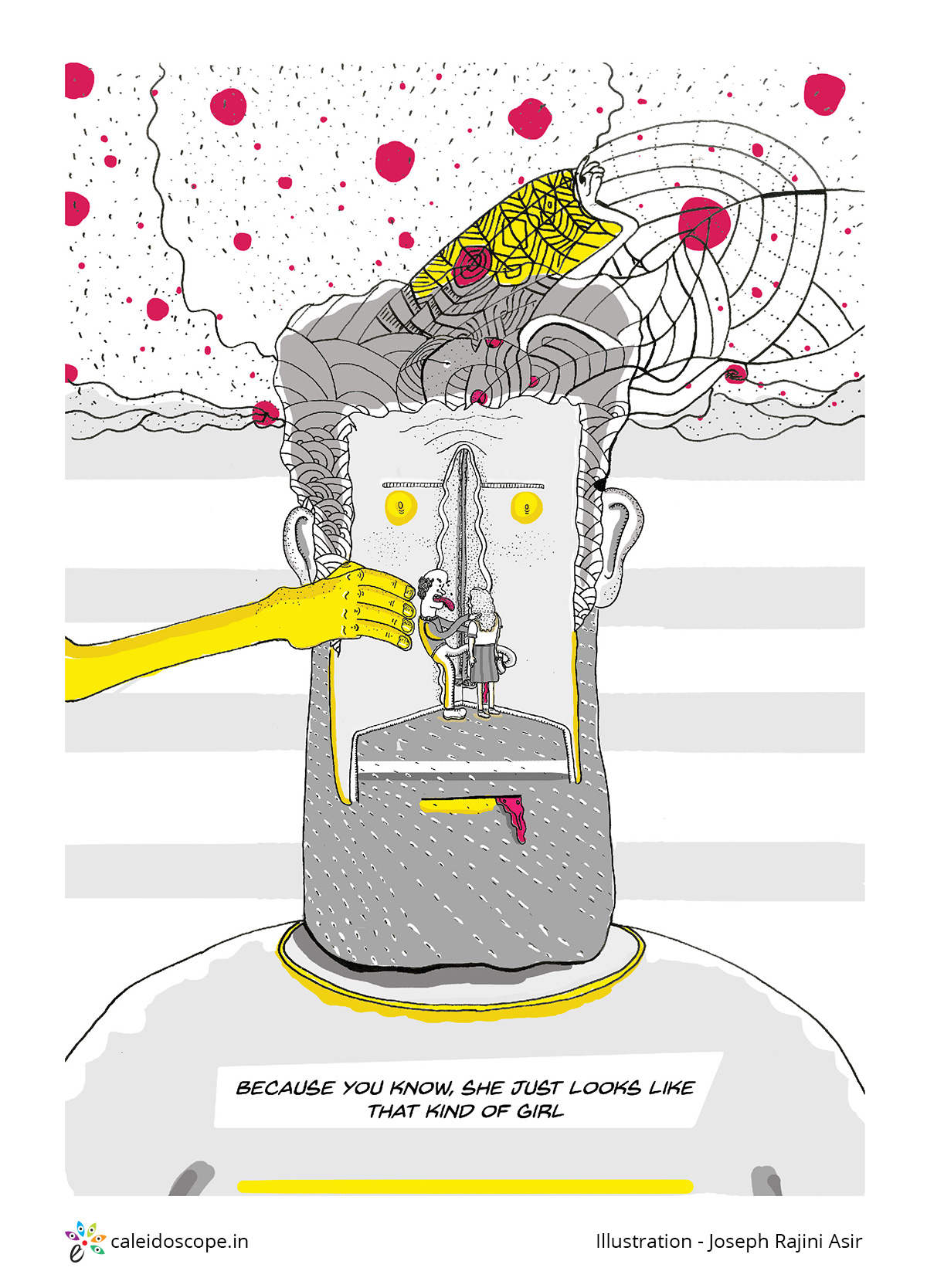 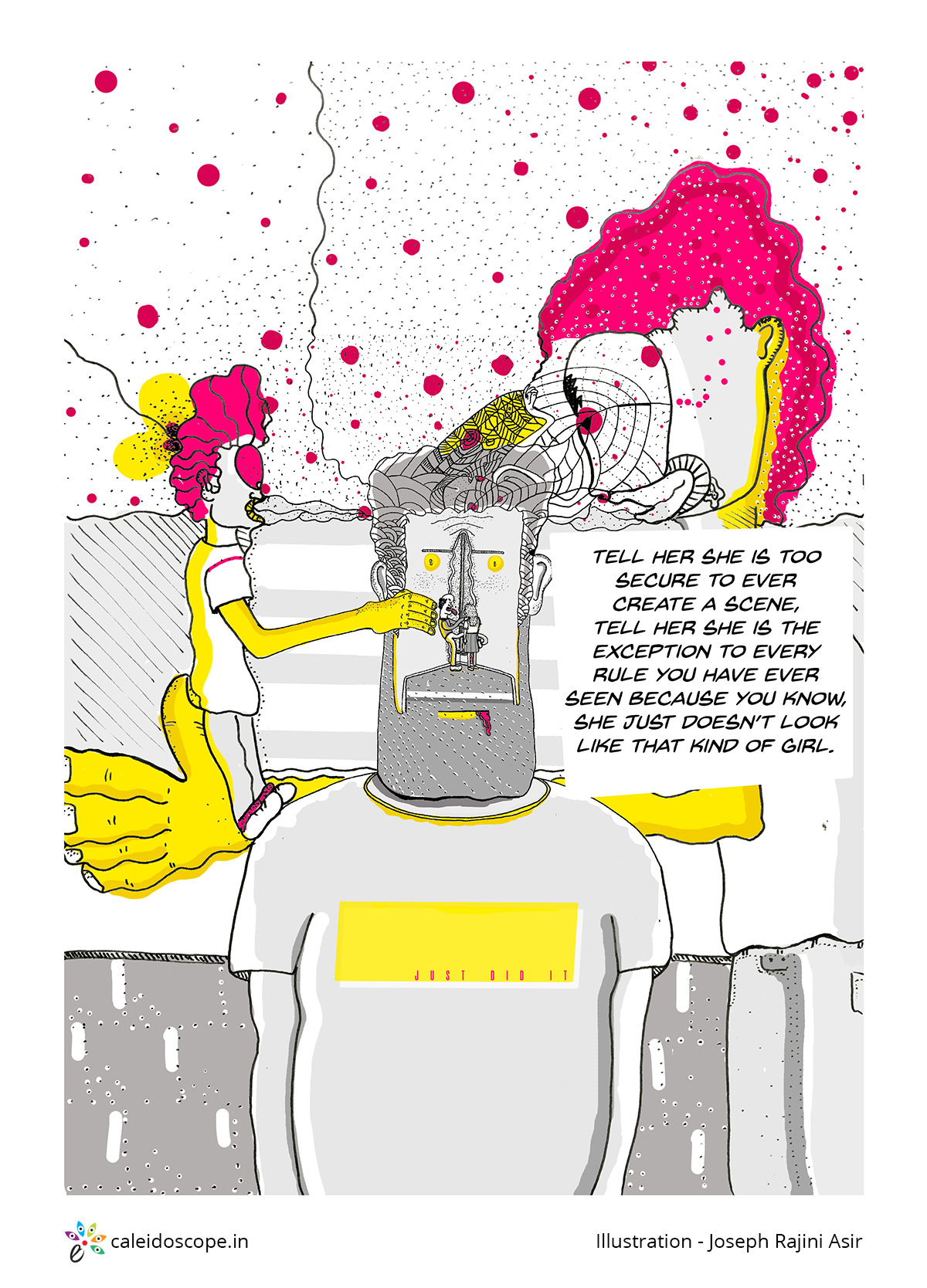 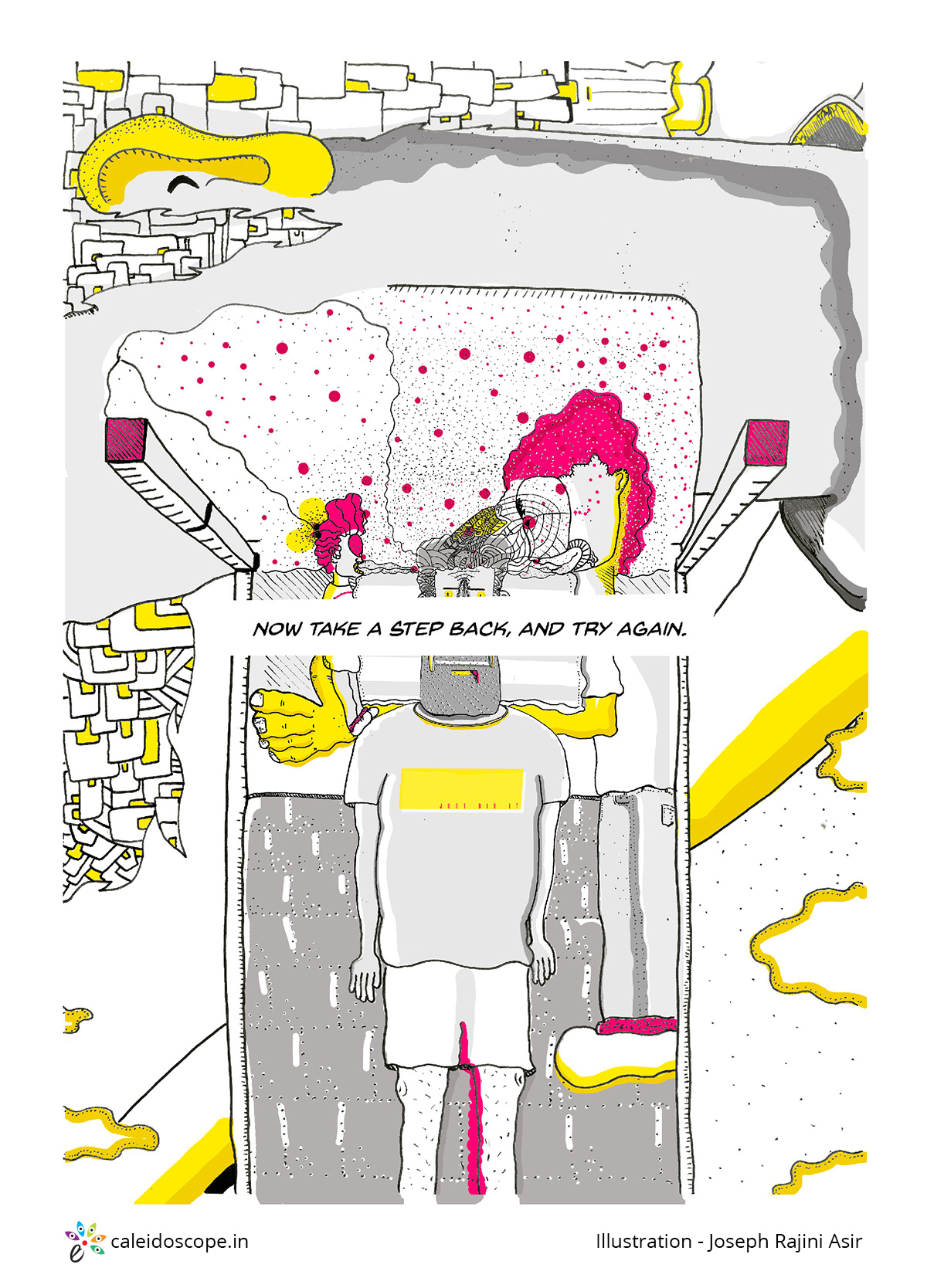 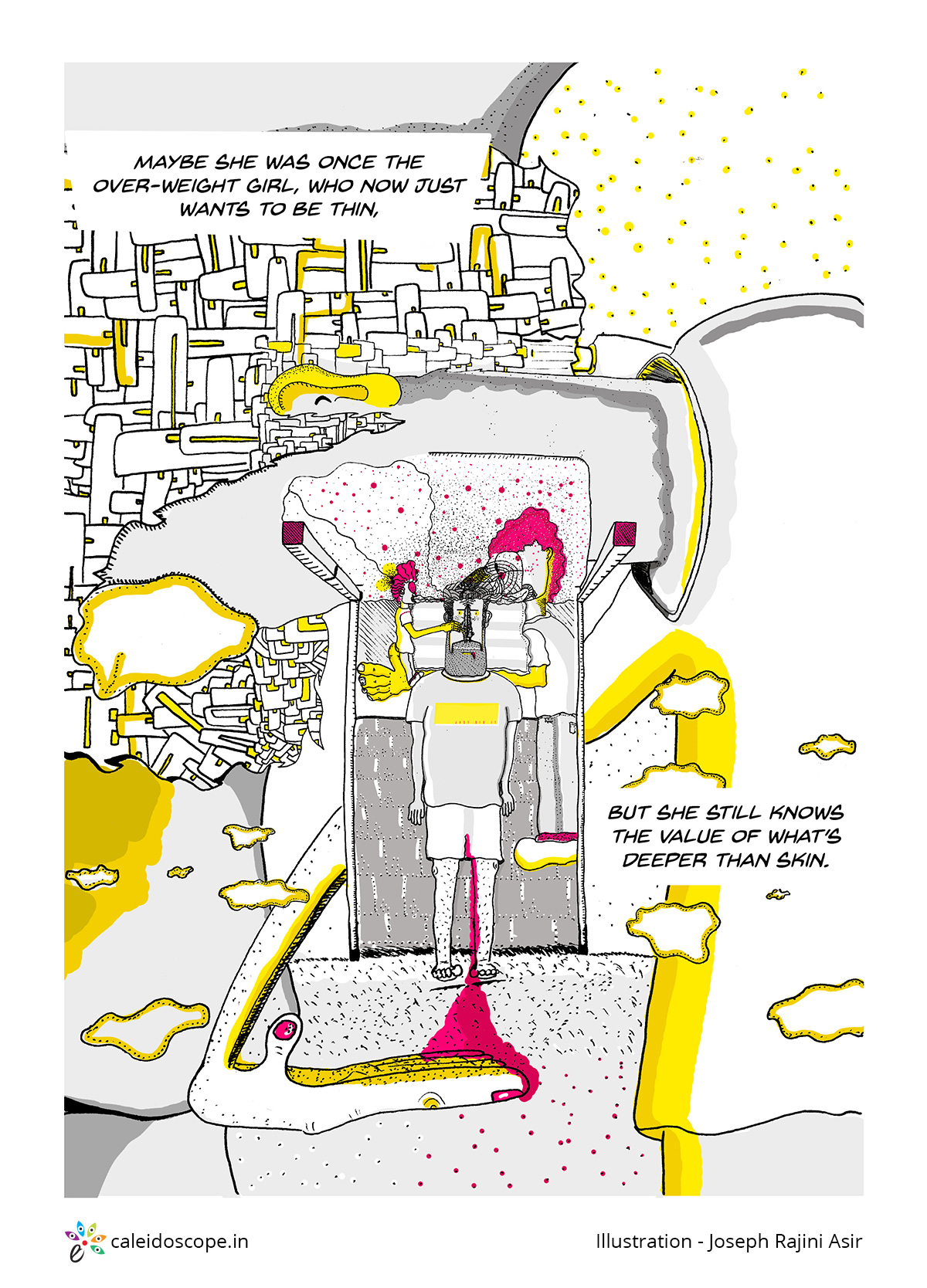 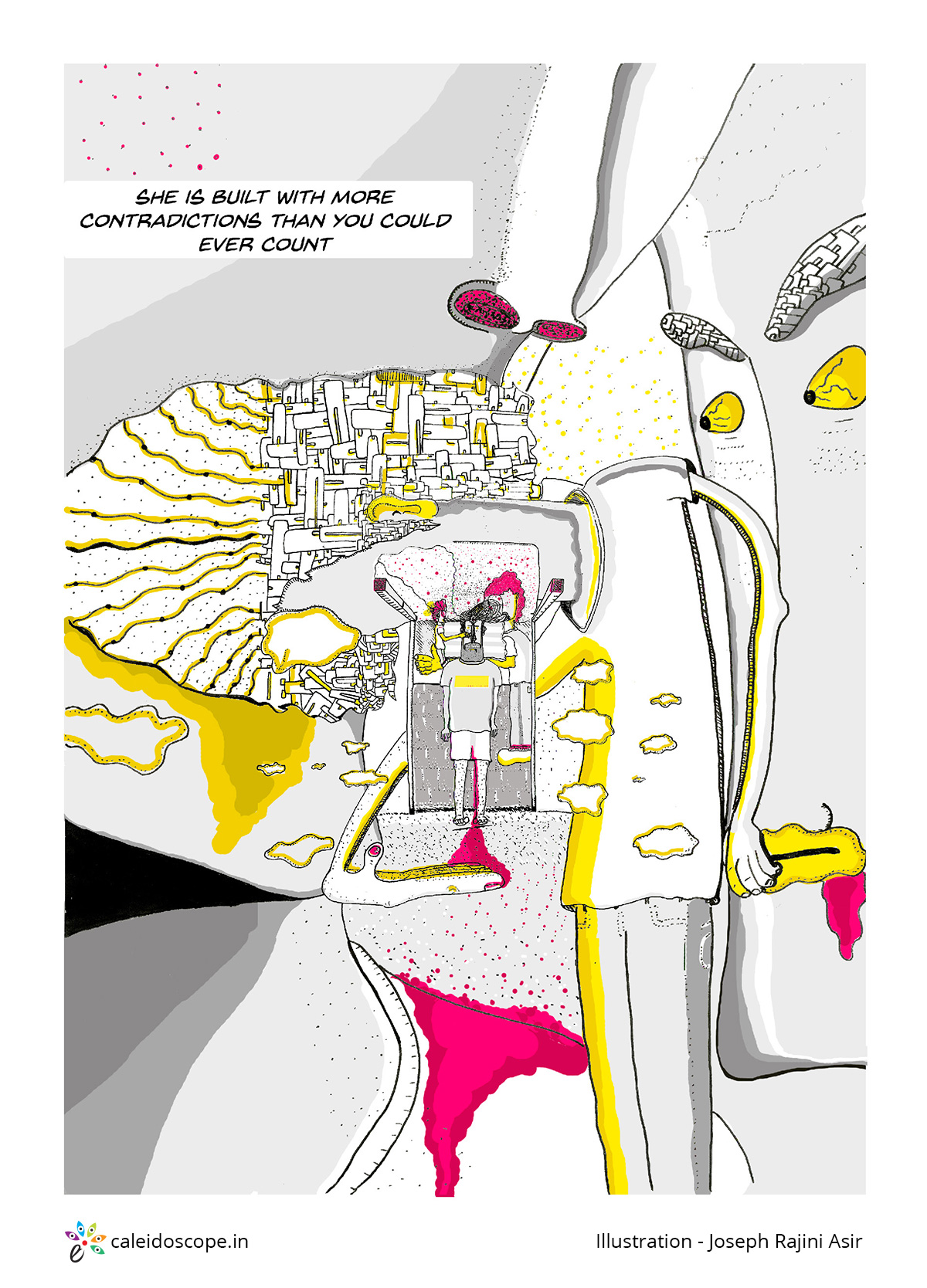 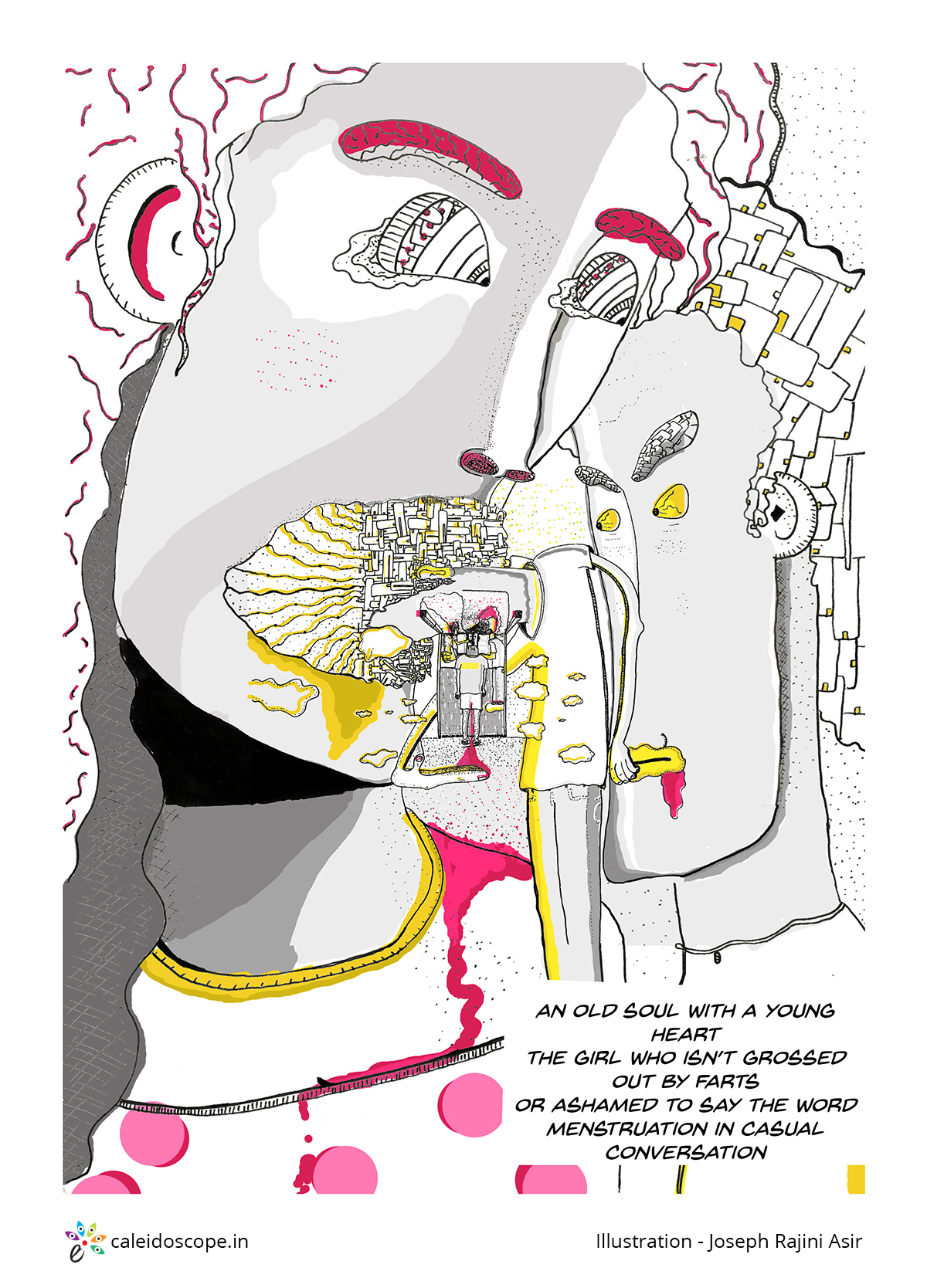 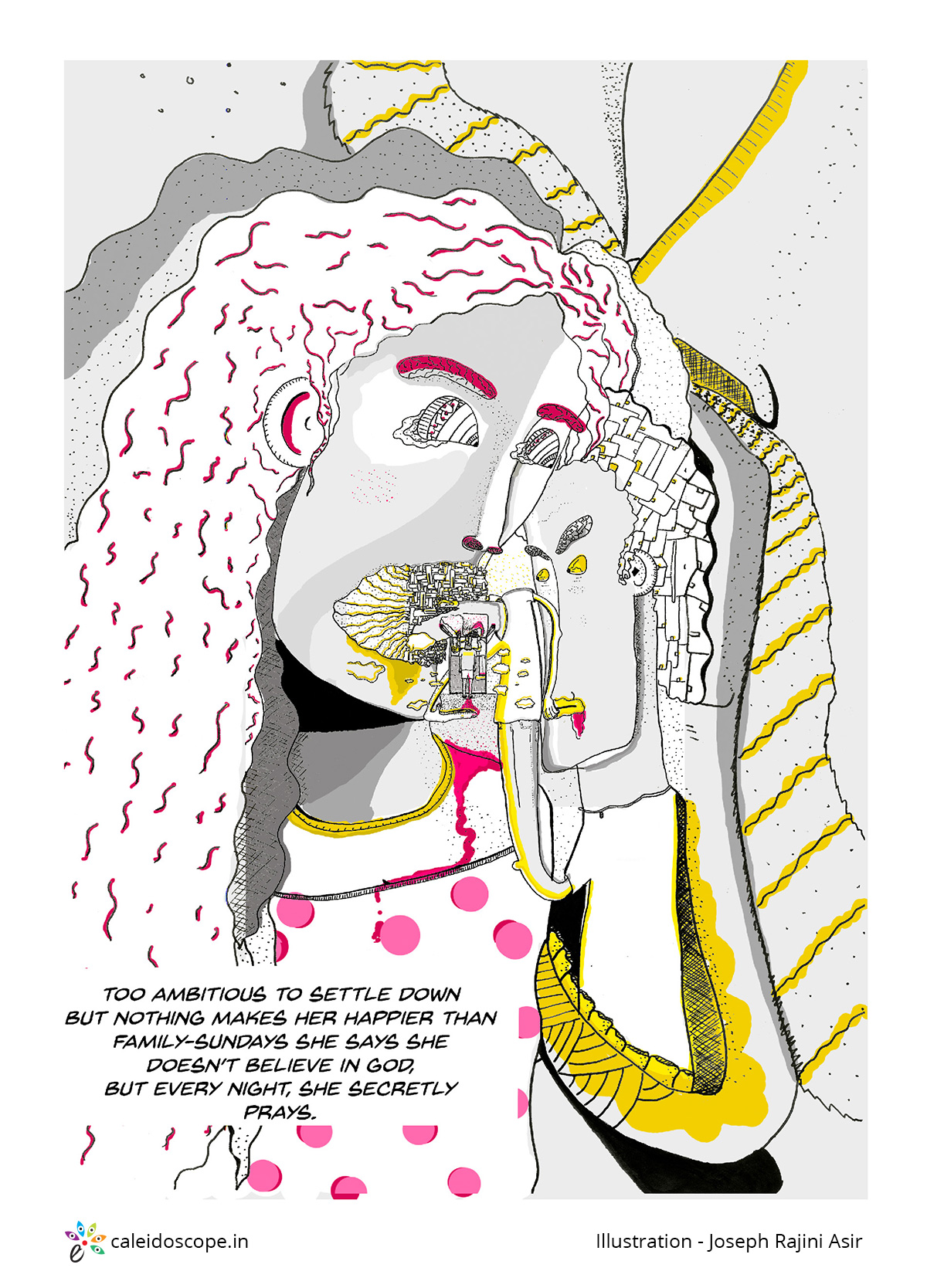 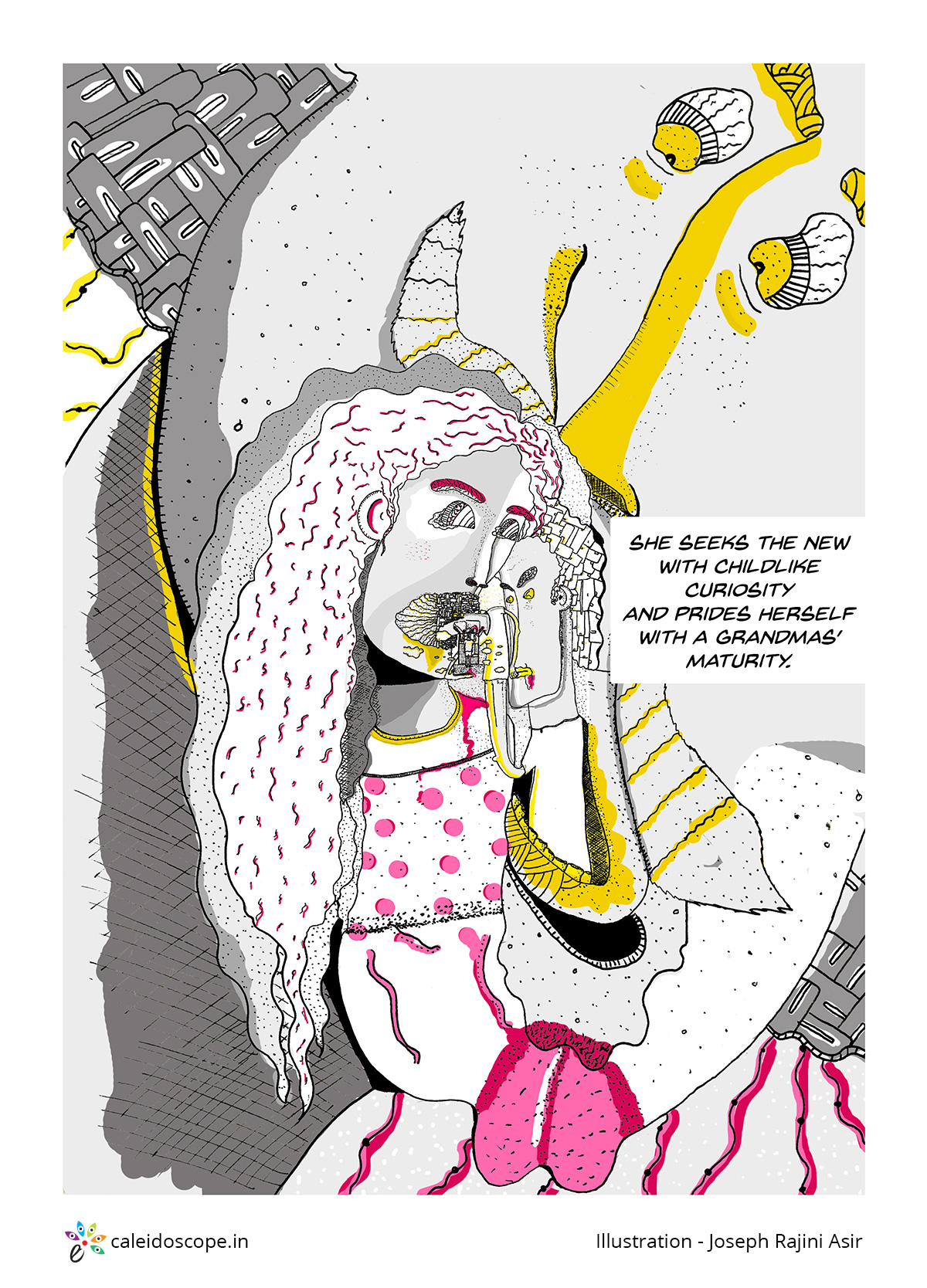 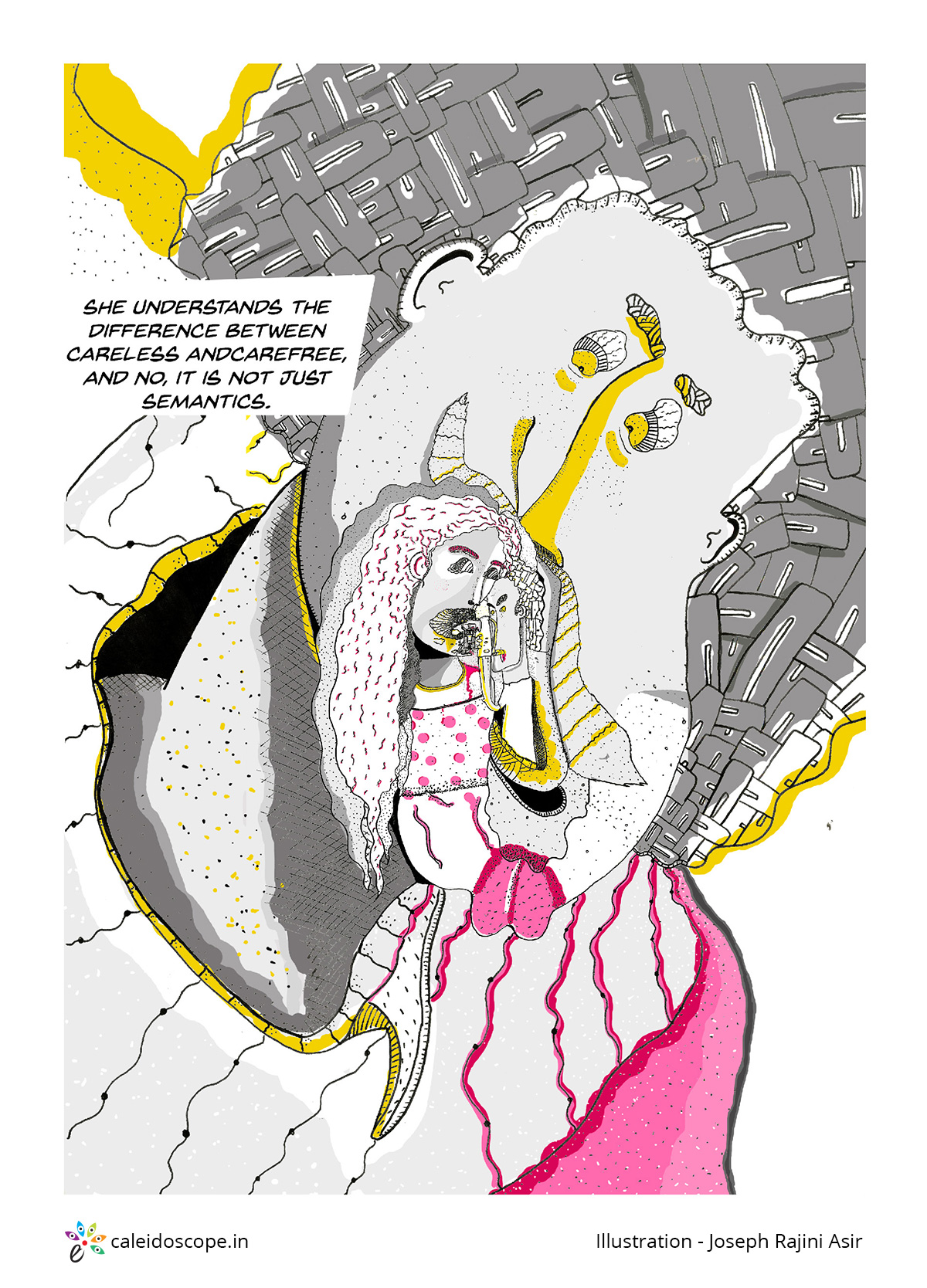 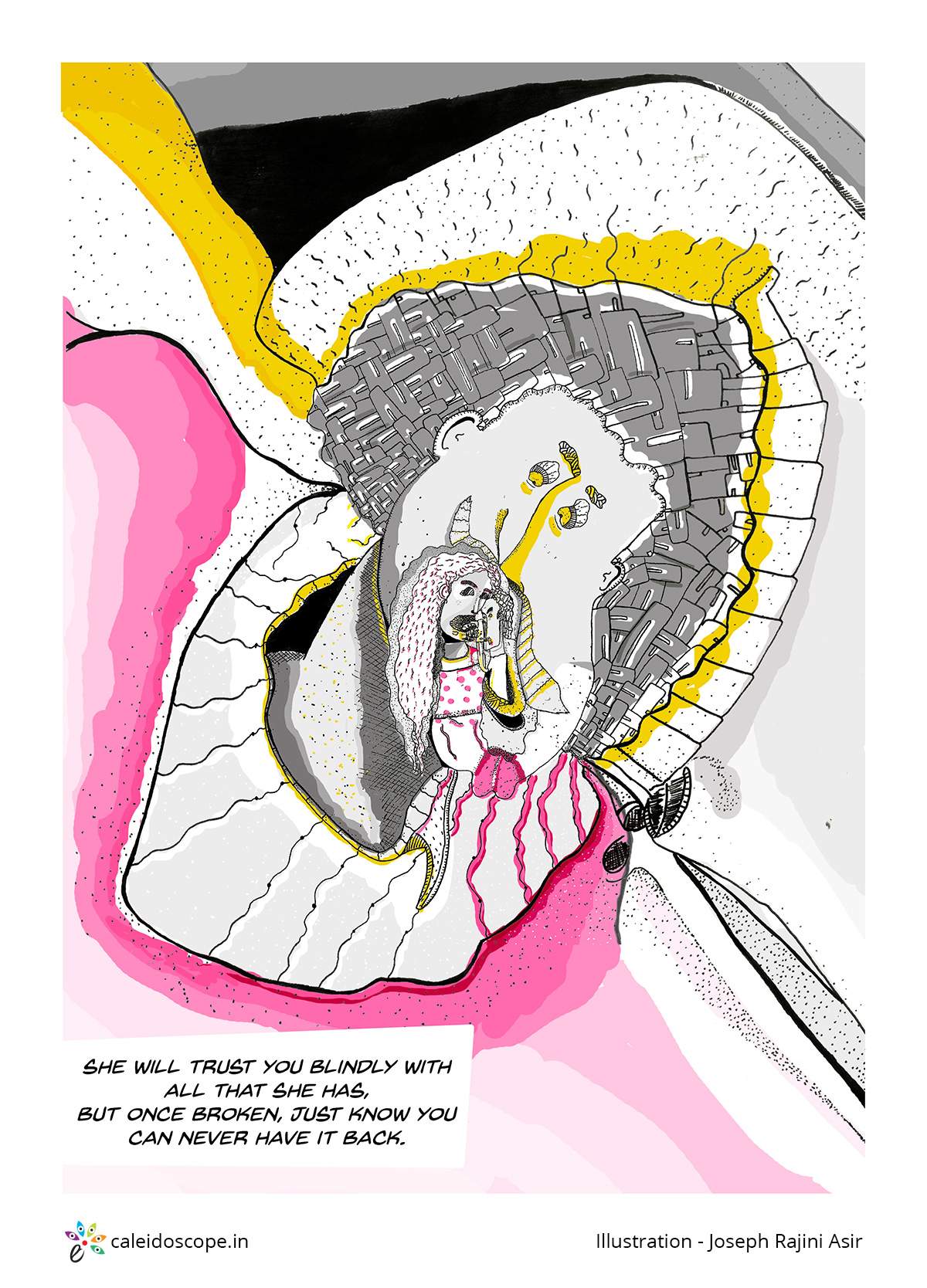 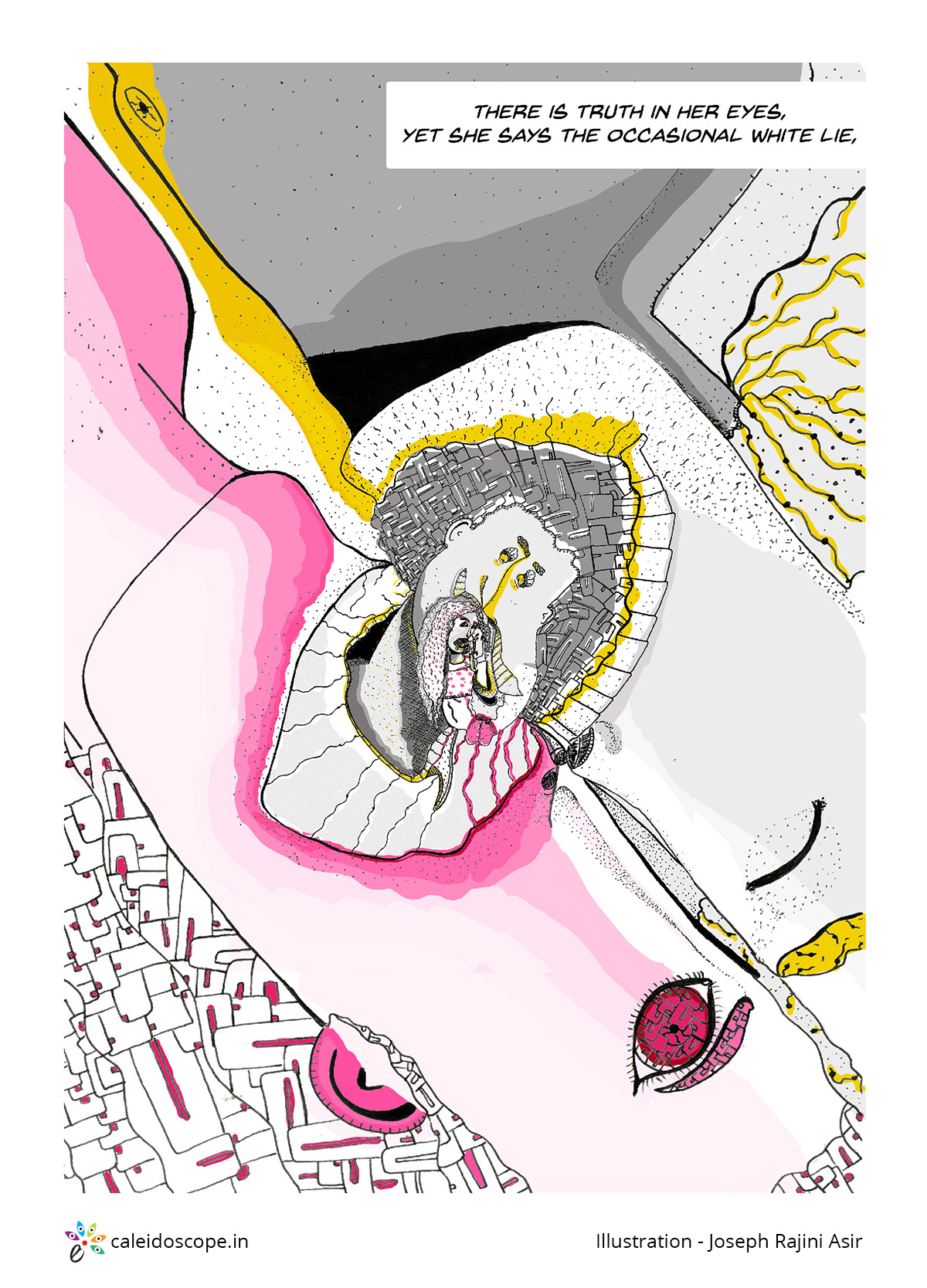 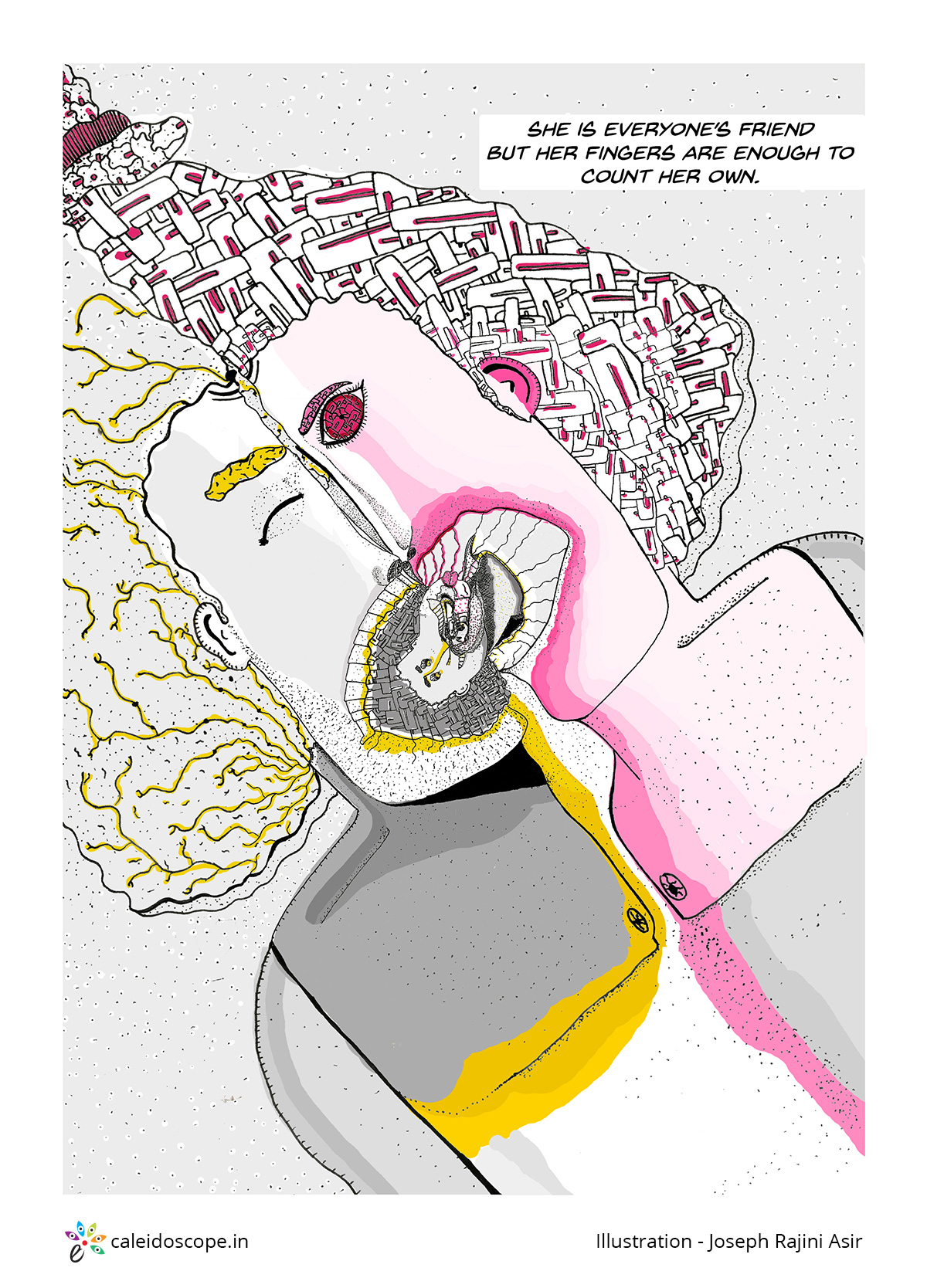 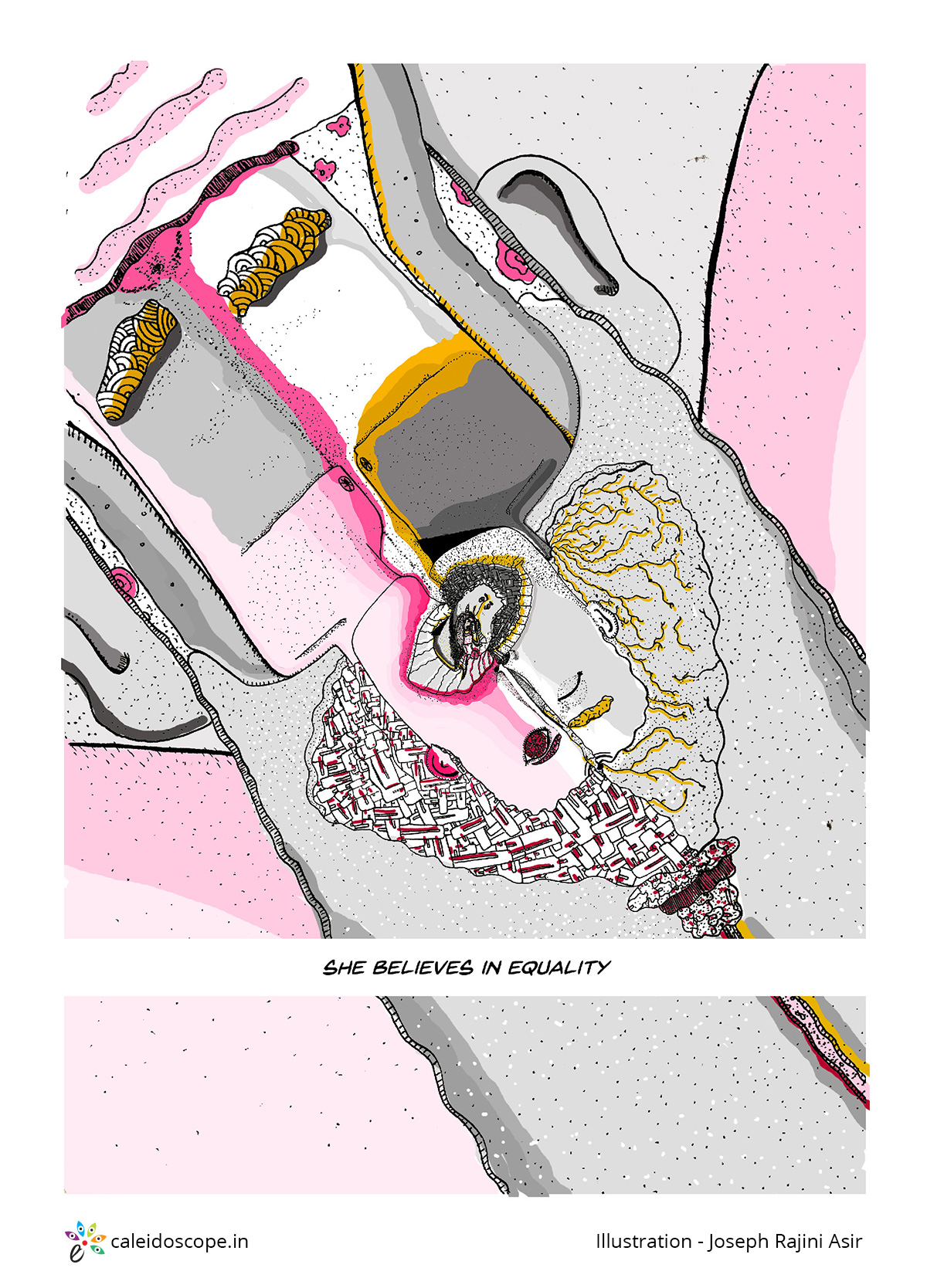 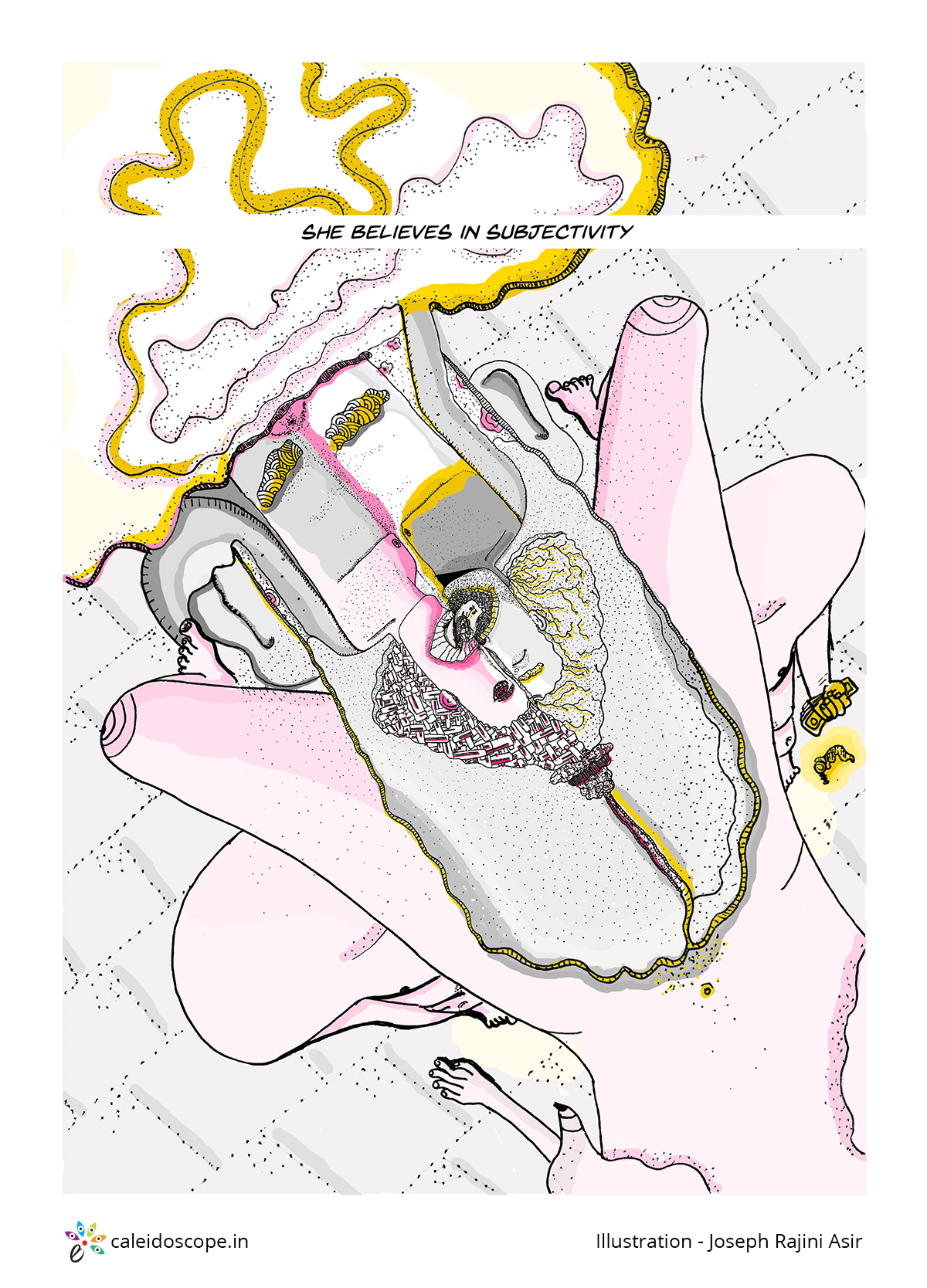 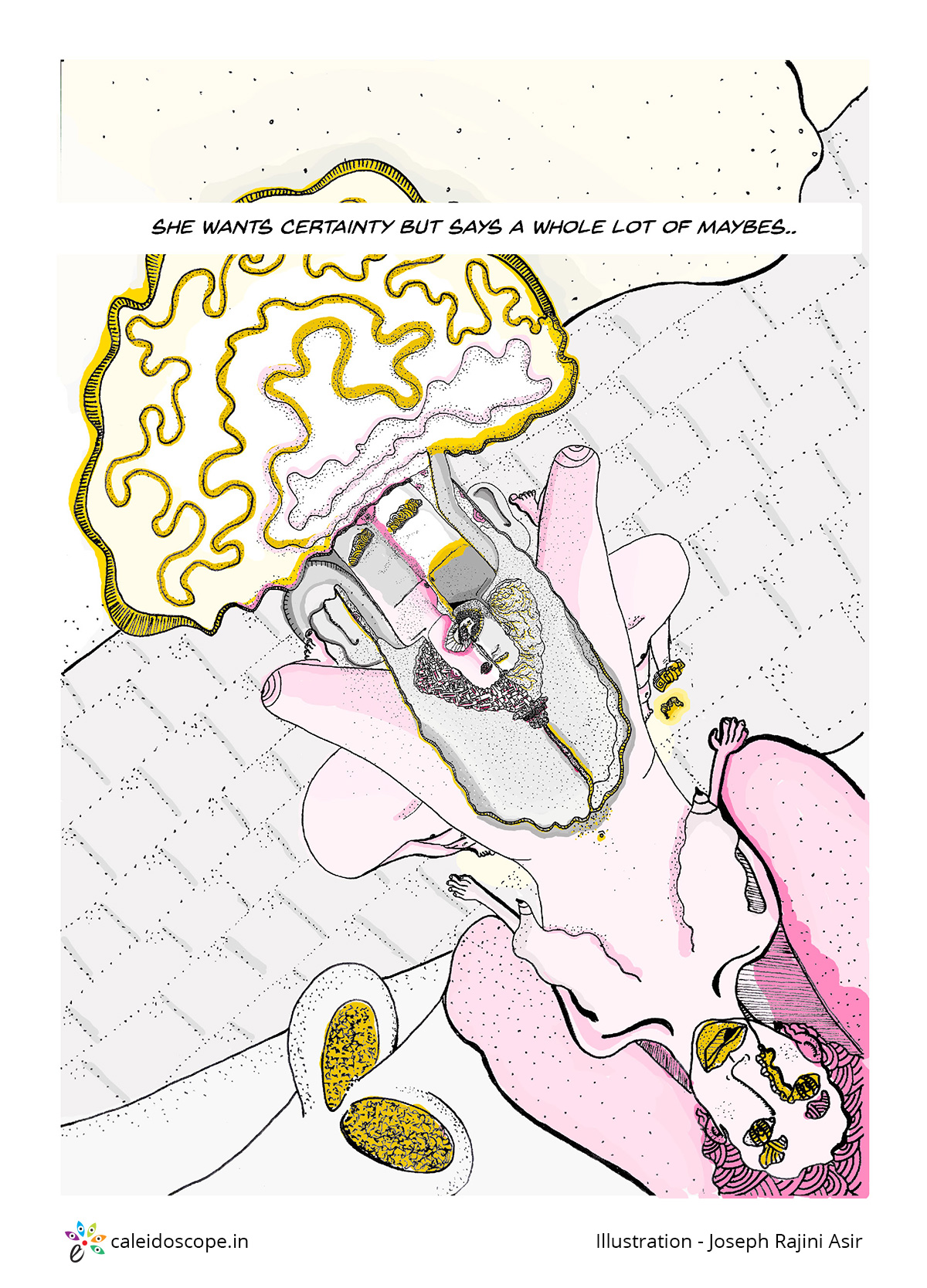 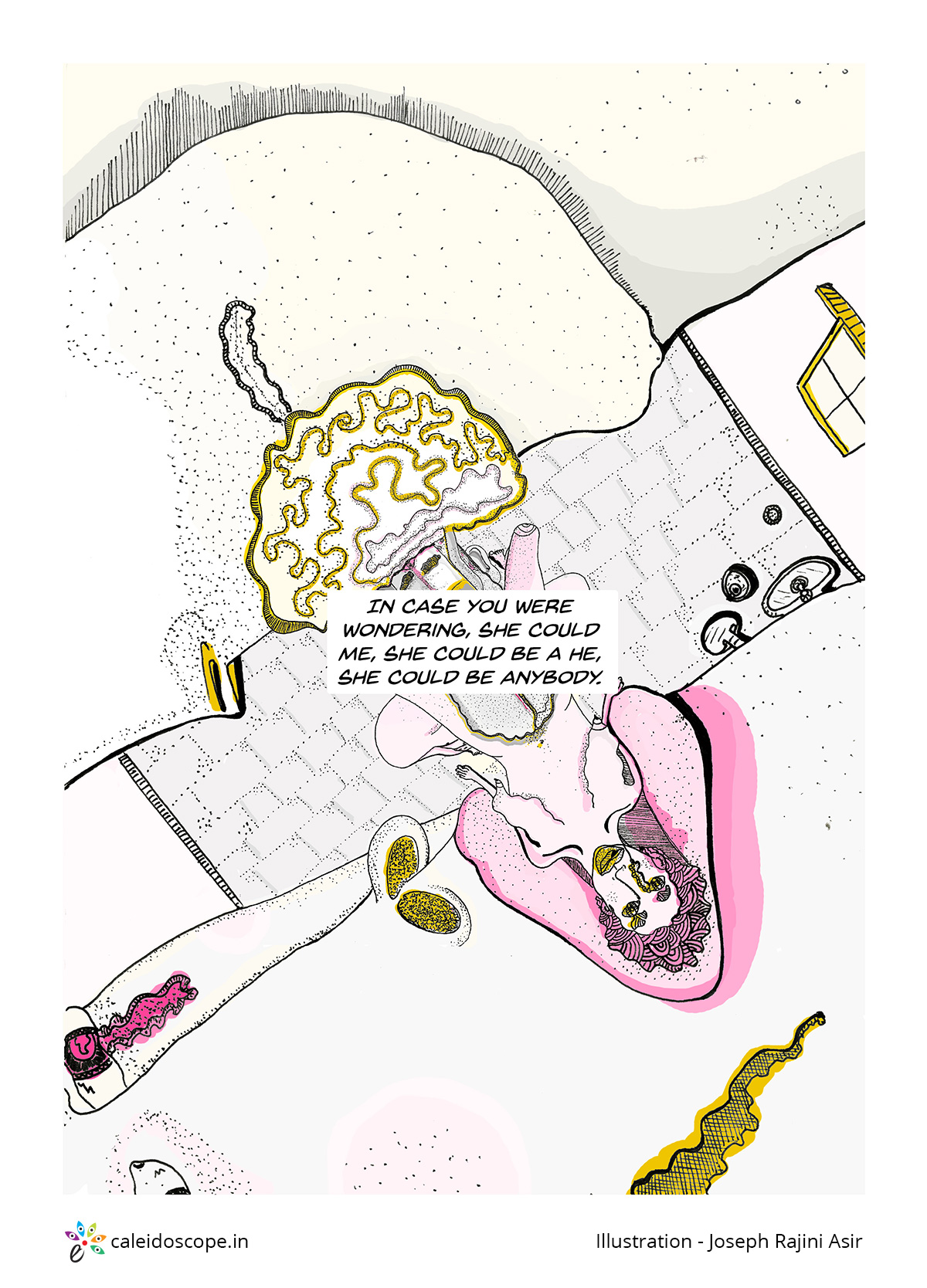 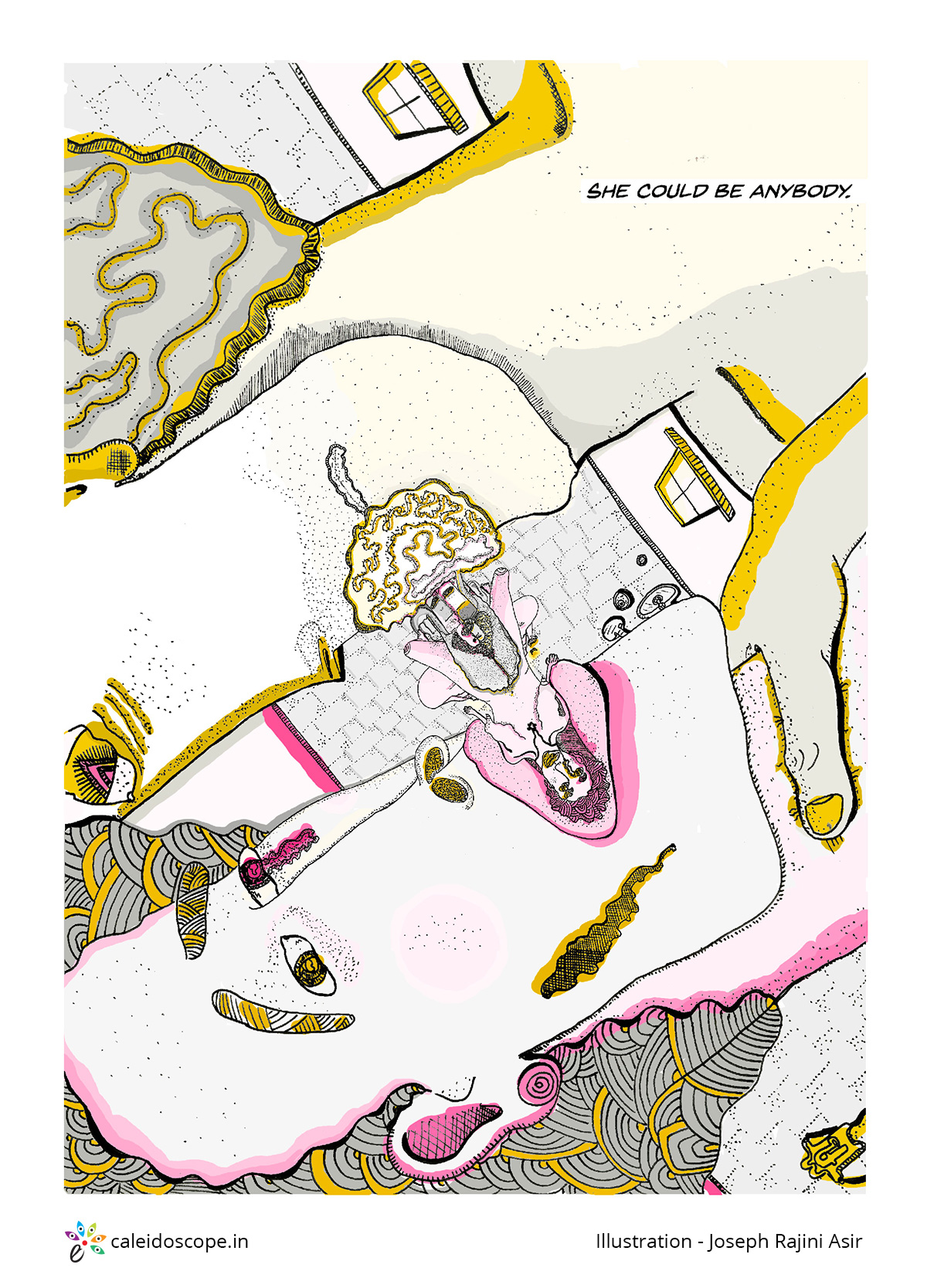 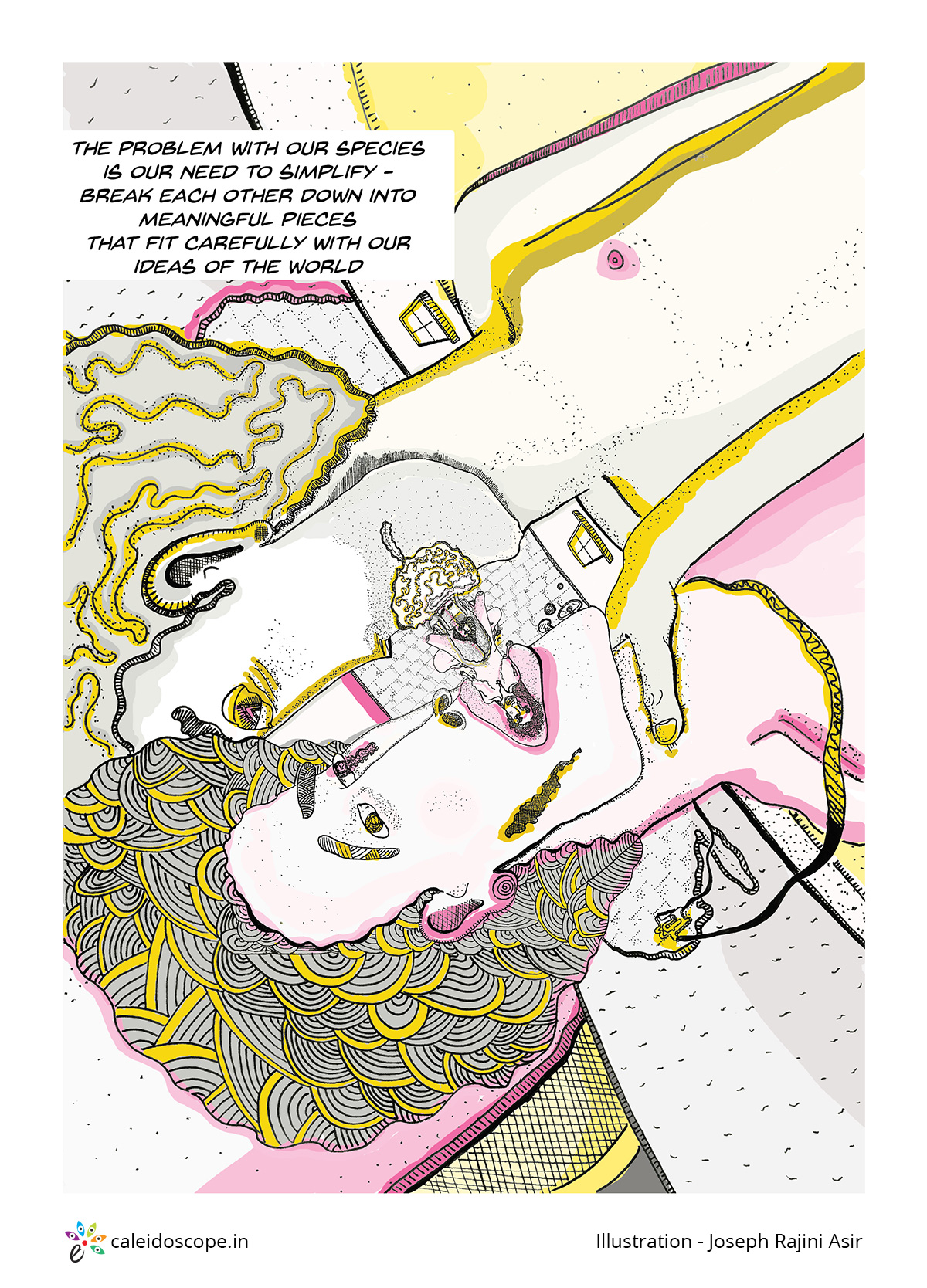 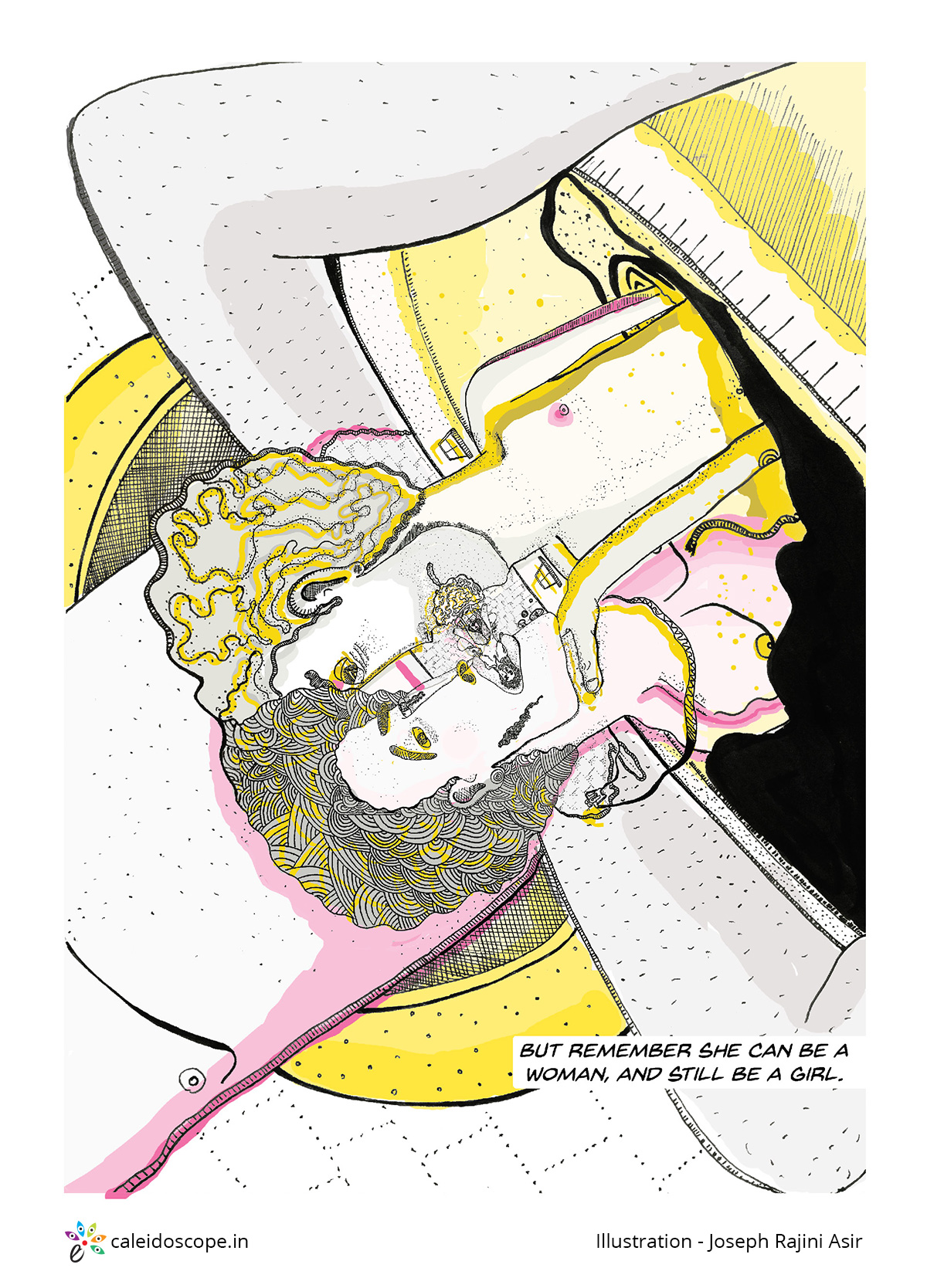 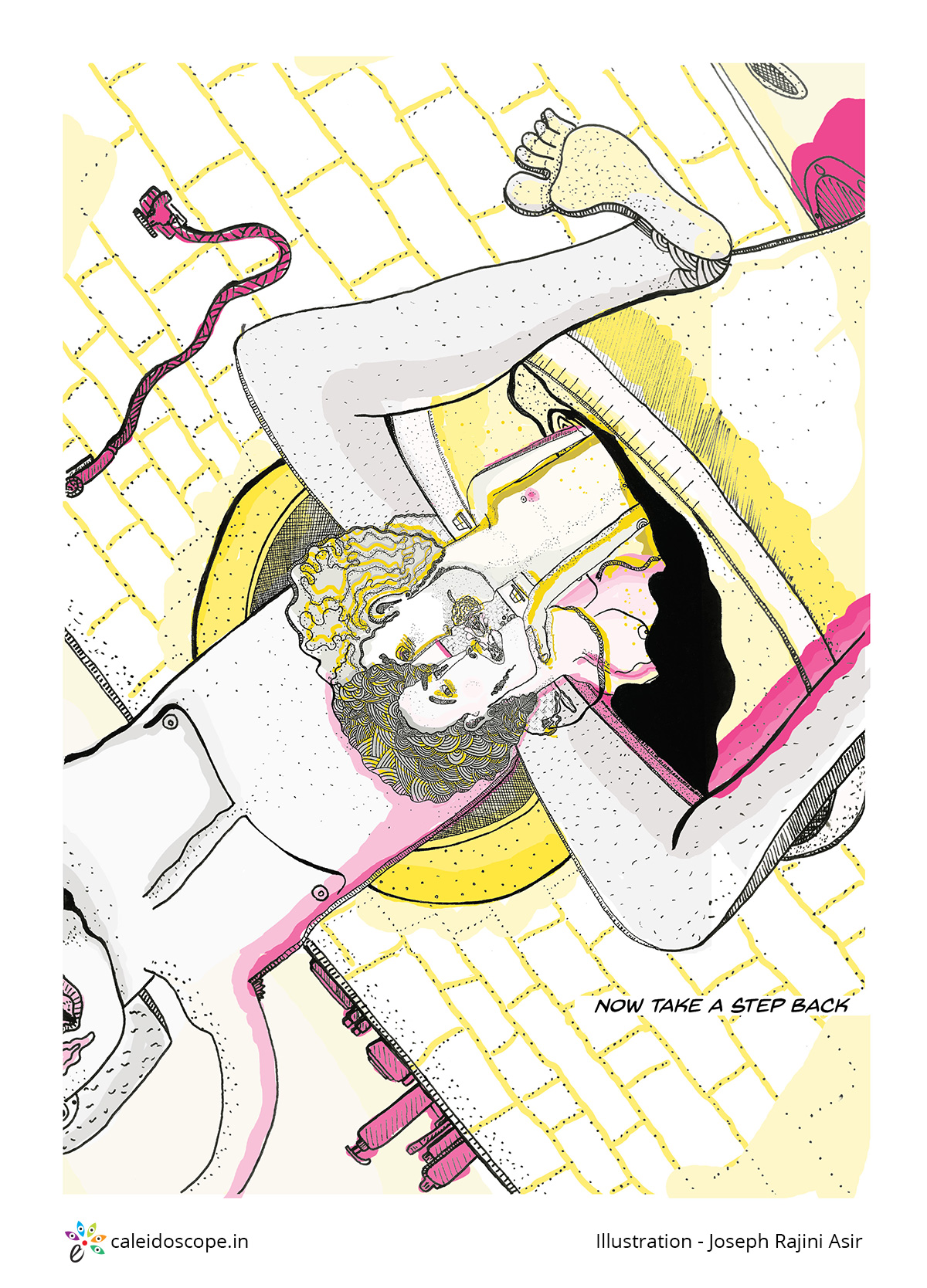 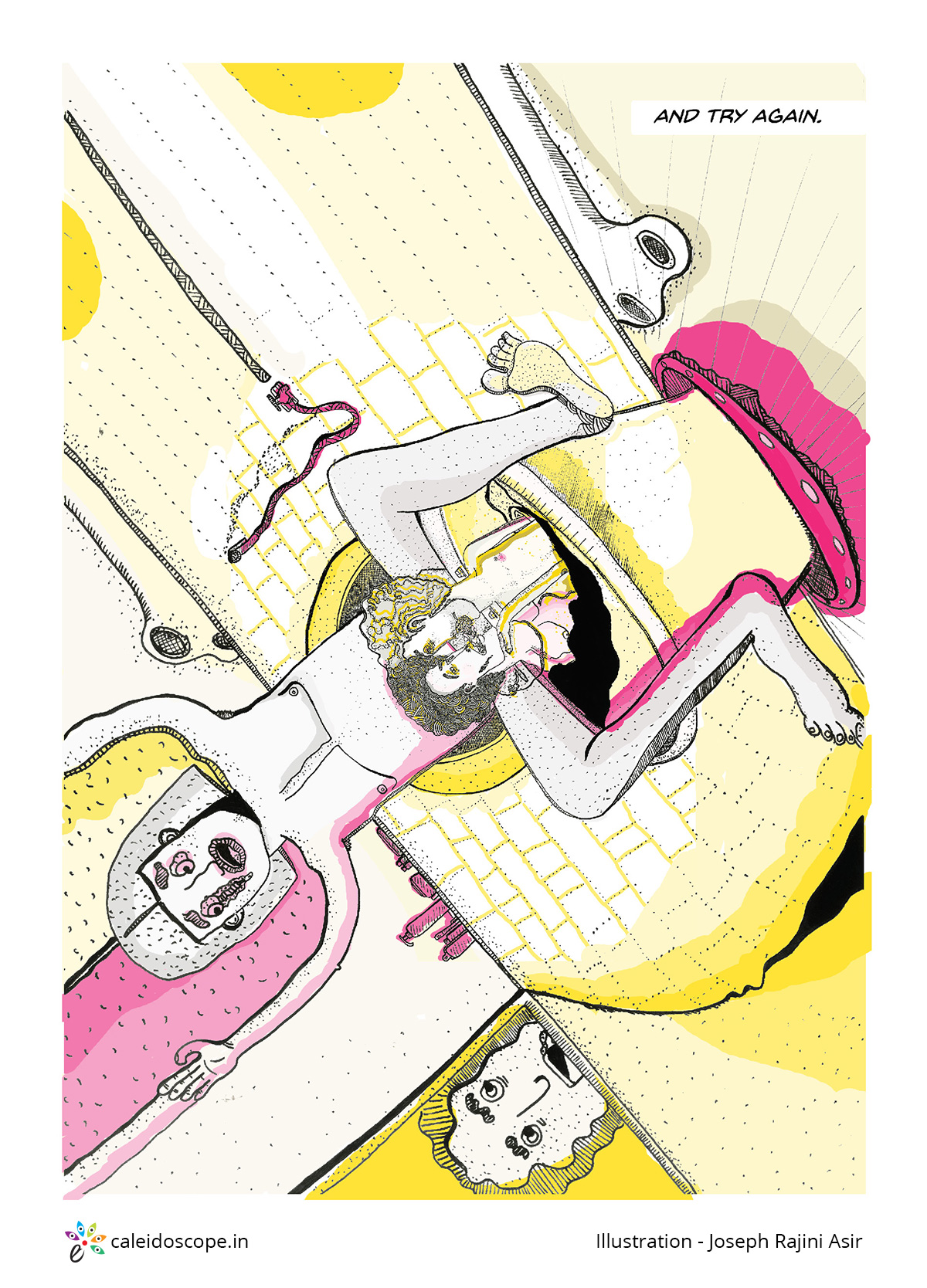 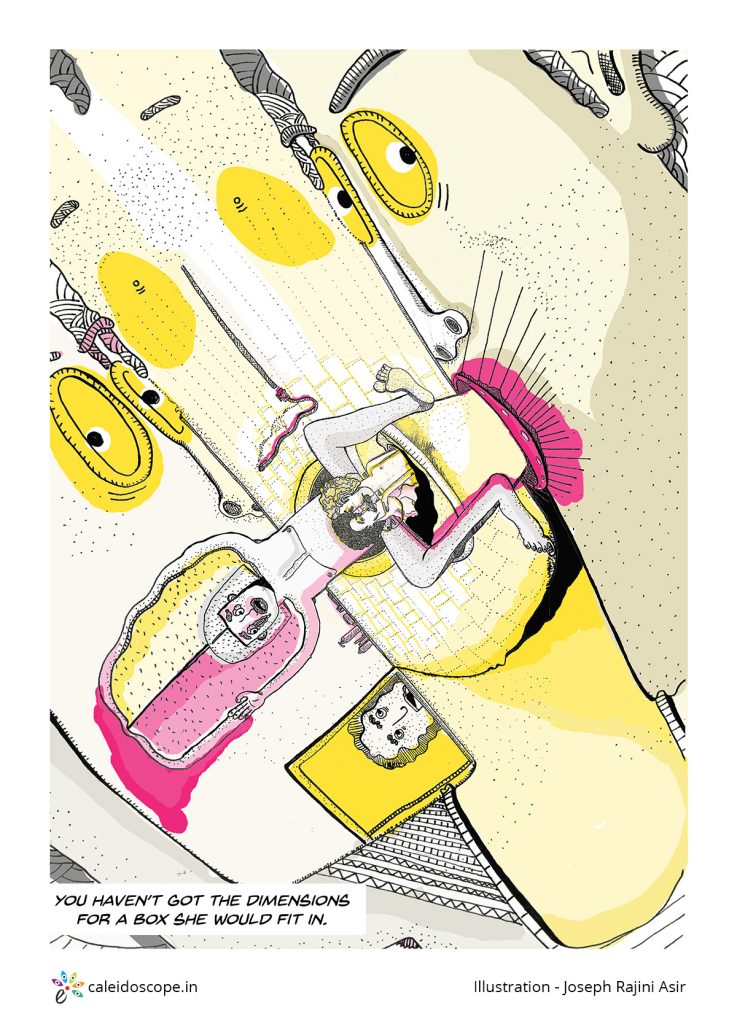