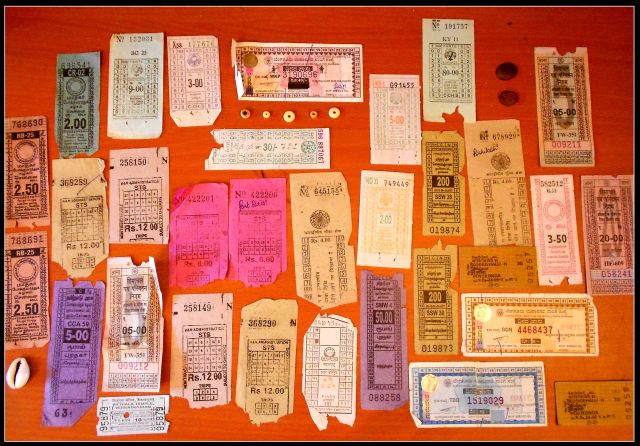 Bus tickets from far away places, given as a present.

I cannot seem to remember why I began collecting bus tickets. I have always liked how they looked, with all those numbers printed and stamped on them. They probably had a significant meaning, but to me they spoke of all the happenings in buses I travelled. Two aunties with orange flowers in their hair, gossiping away; the one-beat whistle that the bus conductor uses to tell the driver that everyone is on board; eight, that may have been the number of times the bus conductor had to jolt me out of my reverie to tell me they were waiting for me to get off; five sneaky old ajjis (grannies) who managed to ride in the bus without paying for a ticket. 55 bus conductors who made away with the change they owed me (this may have partially been my fault. And no, I have not kept count!).

When I had just started collecting bus tickets, about six-seven years ago, I used to write a little note about whom I was with or something funny that happened in the bus, but this got tedious after a while. By my second year of college, my wallet was bulging with all the tickets I refused to keep anywhere else. The collection included bus tickets from KSRTC and Tamil Nadu bus tickets from down south to Himachal Path Parivahan Nigam up north. Bus conductors were most amused when I took it out to pay for my journey. One nodded at the wallet and asked, ”hobby, ah?” and another was positively disgusted and went away muttering to himself after expostulating about what would possess someone to hold on to so many bus tickets. 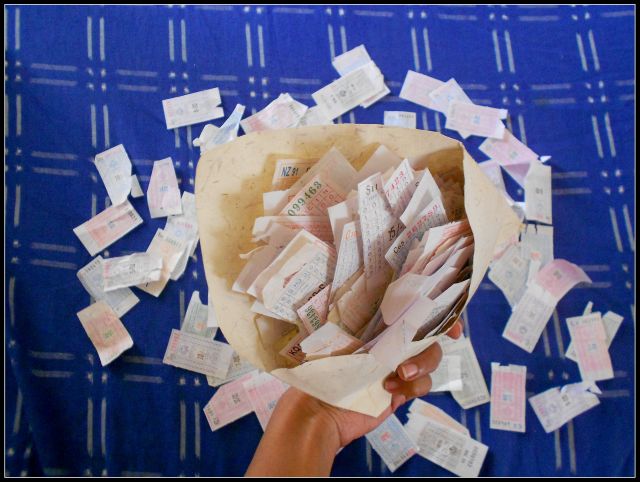 By my third or fourth year of college my wallet had started complaining by bursting at its seams and I had to move out a few other objects of interest to make place for them. It was also getting harder to carry; it would not close and required a fair bit of expertise to induce new tickets to wedge themselves into non-existent crevices. Meanwhile, my dad was covertly removing some tickets and keeping them in an envelope. I think he feared a thief might think it was bursting with money!

One day, I got the idea to make a pop-art-ish collage out of them, which used up quite a few. I had to retire my wallet after a while and I now stash away my bus tickets in the envelope that my dad used for the ones he secretly extricated. Volvo buses and their tickets don’t have the same character or charm as the others and those tickets go straight in to the dustbin! 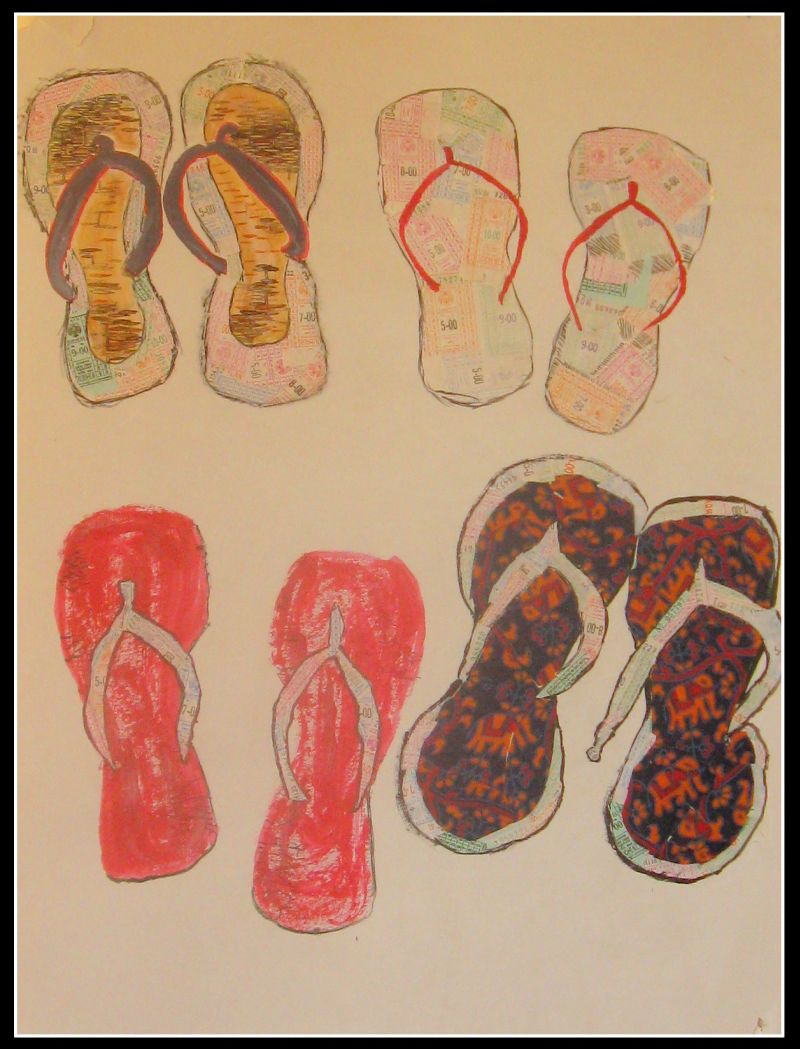 Incidentally, I am not the only one bitten by desire to collect bus tickets. Disha Pancholi from Mumbai has collected a whopping 75,795 tickets till 2011! Similarly, Aruna Rajagopalan narrates her silly childhood episode of collecting bus tickets with the serial numbers from A-Z so that she could a Camlin pencil box!