Indian Cricket Fans and the World Cup Down Under

As an Indian living in Melbourne – Australia, I have witnessed too many sporting events in the last one-year. After all, Melbourne is called the sporting capital of the world and every month there will be one sporting event that takes over the city. Unfortunately, as an Indian, the only local sporting events in which I can cheer the Indian Team are perhaps ICC Cricket World Cup 2015 and Australian Open to a certain extent.

Thus, the very thought of watching the Indian cricket team play World Cup here, was super exciting for all the Indians. Perhaps, the Indian Australians were even more excited than the local Australians. Cricket is a religion in India, but in Australia it is just another sport. In a country where they have invented a local sport – ‘Footy’ (with its own league matches) and where they have teams acing almost all sports, cricket is just another sport. As a matter of fact, even though Australia is the host nation for the World Cup, the local free to air TV channels do not broadcast all the matches. Only matches that have the Australian team playing are shown on free to air TV! That’s Australia for you!

Indians at the stadiums: Act 1 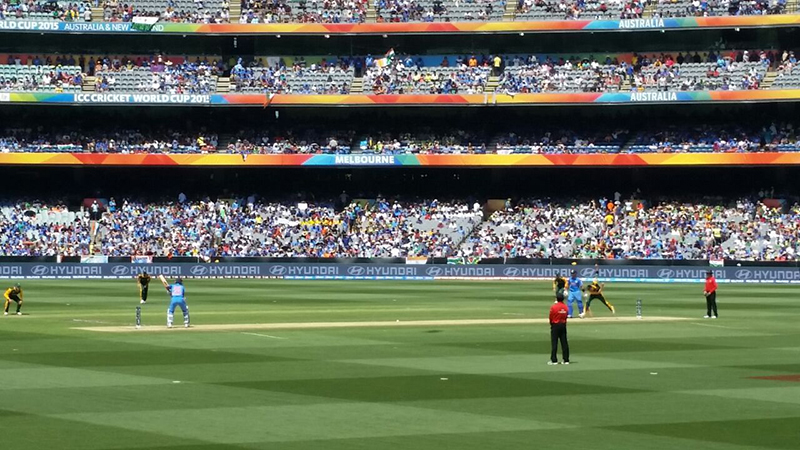 India’s first match was against Pakistan at the Adelaide Oval. Adelaide is a much smaller city compared to other state capitals in Australia and is not even a big tourist destination. However, that really didn’t stop Indian and Pakistani cricket fans from taking an eight-hour road trip to Adelaide from Melbourne. It was a sold out match and the Indian cricket fans were just gearing up! 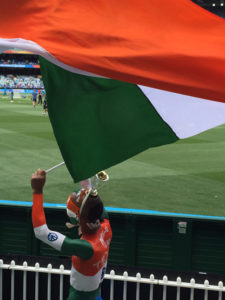 The next match was against South Africa at the legendary Melbourne Cricket Ground (MCG). I call it legendary because it is the biggest cricket stadium in the world, and the largest stadium in the southern hemisphere. It is an intimidating stadium, especially if you are not playing in front of your home crowd. Luckily for the Indian Cricket Team, there are many Indians in Australia. No matter which stadium they play at, they can be assured that fans will buy the tickets to watch them. This has not been the case for many other teams. As you may have noticed, most stadiums were rather deserted.

Coming back to the MCG, in a stadium that huge, you would expect a sea of fans supporting both teams. However, MCG was literally coloured in Blue. In a near-record crowd of 86,876, there were barely a few hundred South African supporters. It felt like watching a match at Wankhede Stadium. There was cheering in Hindi, people playing ‘dhols’, thousands of Indian flags, fans in ‘desi’ attires, Indian food trucks etc. The experience was thrilling. It was a Sunday and it was like a picnic for many Indian families. The crowd was loud, but well behaved. The energy in the stadium was unbeaten and it was an experience of a lifetime!

Indians at the stadiums: Act 2 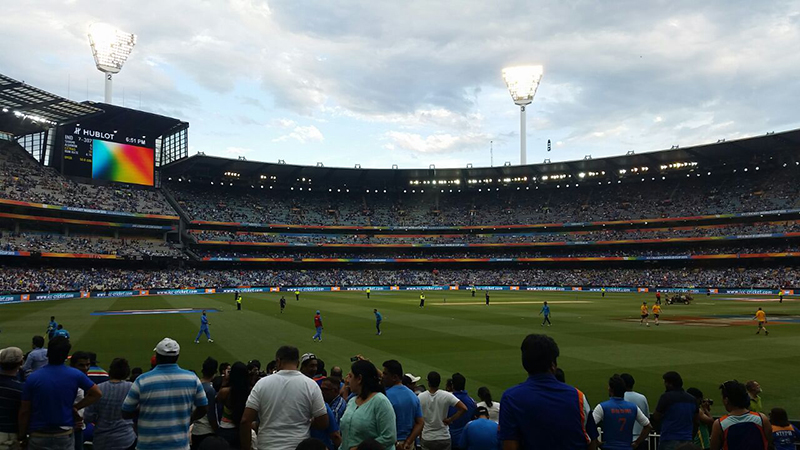 The next game India played at the MCG, was the quarterfinals against Bangladesh. Whether it was the excitement of making it to this level or the winning streak India had, the Indian supporters definitely seemed to be on some sort of high. One of my Bangladeshi friends watched the match in the stadium and was disgusted by the whole experience. Mind it, it was not because her team had just lost. It was because of the way Indians made her feel during the match. She concluded that Indians had no common sense, respect or decency towards anybody around them. They curse in public and can even go to the extent of being rude to others while cheering the Indian Team. She was not the only one who complained that night.

Another Indian friend of mine shared his weird experience as well. A group of Indians in front of him constantly booed the Bangladeshi supporters and bullied them by literally showing them the ‘middle finger’. Fortunately, MCG has a strict policy against harassment and bullying. After a quick complaint from the Bangladeshi fans, the Indians were cuffed and escorted out of the stadium. My friend recalls it as being embarrassing and shameful.

I even read comments online from cricket fans that insist tickets should be rationalised country wise. They feel Indian supporters overpower every venue and it is just not fair for the other teams. It seems Indian cricket fans have rubbed other cricket fans on the wrong side.

Australian Indians – the world outside cricket 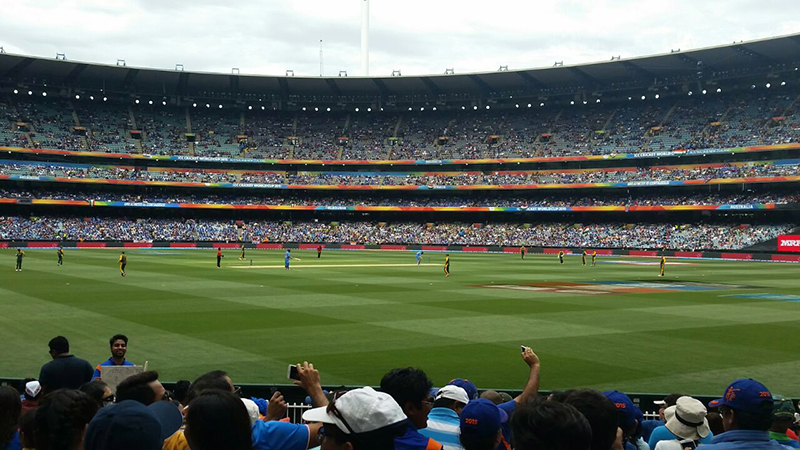 If I had to be completely honest, I confess that I feel shameful for the way Australian Indians behave during cricket matches. There have been reports of arrests not just at the stadiums but also at sports bars wherein Indians get into fights and break furniture while watching the matches. It may seem stupid or irrelevant or normal for Indians to get excited during cricket matches, but that’s not how the world rolls here. Australia is a highly multicultural society and the smallest of actions can seem racist. Every individual is skeptical about people from other races, and incidents like these just strengthen their negative bias towards Indians. It really does not matter how well the Indian Cricket Team plays, if a handful of Indian supporters play fowl – Indians across the globe lose anyway!