Let there be Cricket in India… And, We’re All United

It is not a joke to face a Brett Lee’s ball that would approach you at a speed of 140-150 km per hour. You have to decide, position yourself and take action all within nanoseconds. You cannot think about anything else; just concentrate and pray. It becomes harder when you know a long queue of ‘wannabes’ stand behind you, who are ready to pounce at your position.

In a country of more than a billion, selectors have an immense choice of players and your career may vanish within, well, nanoseconds! But wait, you may strike gold as well. After all, we have the Sachins, the Dravids and the Gangulys. In India, these idols are more than just cricket celebrities. They are demigods!

Let the cricketing season come again and you would know why billions are glued to their televisions, and even big-screen shows. It does not matter where you are, it would be blasphemous if you’re not tuned in. You are not a “good citizen of India” if you do not cheer when India beats other nations, particularly Pakistan! 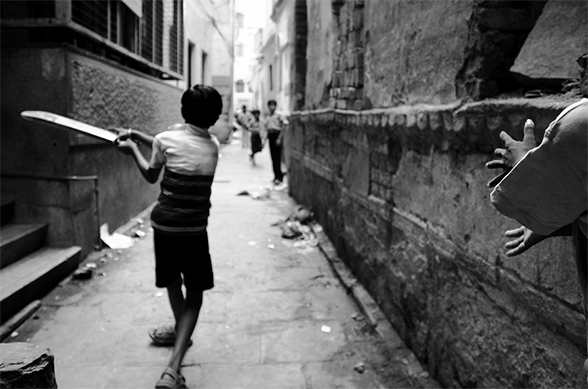 Cricket makes us crazy, cricket snatches our sleep away and it makes us skip meals too. However, one thing that makes it all loveable is the fact that it unites us. In this retrospection, renowned historian Ramachandra Guha argues that “The institutions that kept us together are those bequests of the British: the civil service, the army, the railways, and cricket.”

Emily Crick writes in her paper “Cricket and Indian National Consciousness” that during the 2007 World Cup, “Cricket had finally achieved for the nation, that level of unity that she had dreamt of for so long.” She reveals some deviating perspectives too, including the fact that many Indian Muslims may support Pakistan when it is playing with other nations. However, Indians are smart enough not to engage in conflicts when the subject is as fine as cricket. 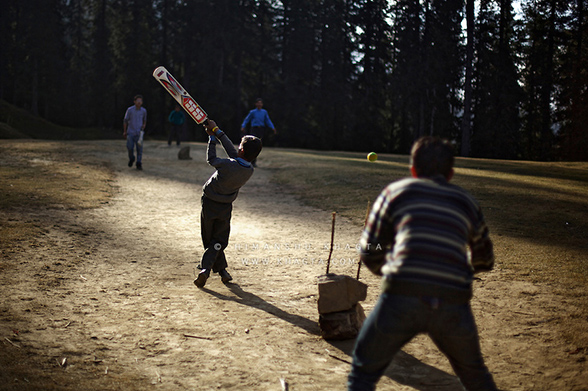 Many people also believe that the hype about cricket is a detrimental factor for the nation’s sport itself. In her recent article on the Hindu, Maneesha Roy reiterates “This gentlemen’s game takes us back to the past, binding us to the same old opponents year after year. It has made us a regional prisoner, stopping us from looking beyond our own subcontinent. It is becoming increasingly profit-driven, something that’s taking away from the true essence and integrity of the game.” She ascertains that cricket is such a behemoth that it suppresses the quest for achievement in all other sports.

Maneesha Roy, however, accepts the fact that cricket does unite the nation when she says, “Such is the power of cricket, the sport that not only provides great entertainment but also the adrenaline rush that comes with a feeling of pride and patriotism. The social harmony that is a lost legacy resurfaces as a reminder that all is perhaps not lost. As long as cricket provides the glue, there is hope for the idea of India.”

Apart from making people bite their fingernails in tension, cricket plays a major role in international diplomatic relationship too. In his University of Southern California’s blog, Paul Rockower writes, “Cricket has a long history as a platform for diplomacy, particularly between India and Pakistan. In 1987, amid a period of rising tension between India and Pakistan over Kashmir, and with both armies on high alert at the border, Pakistan’s President Zia ul-Huq accepted an invitation from Indian Prime Minister Rajiv Gandhi to attend an India-Pakistan Test match held in India. That visit helped ease the rising tension between the two sides.

Moving away from these perspectives, I do feel that the love for cricket in India is truly a great sign of peace and progress. I see a dream of probably becoming the next Sachin in the eyes of many teens who carry a huge “cricket-kit” bag on their shoulders. The dream is justifiable in true sense. They are dreaming to cherish sportsmanship, drifting away from devilish subjects such as terrorism, war and hostility. The charm of a moving bat and ball, and the passion of a cricketer can only be understood by people who have spent the entire day on the field, running after the ball, with the ball and against the ball. Others, are just critics!

Urdu language continues to be an integral part of the Indian culture and linguistics. It is widely spoken in many parts of the country. Some of the states where it is predominantly spoken include Uttar Pradesh, Madhya Pradesh, Andhra Pradesh, Telangana, Karnataka, Maharashtra.
Read more
Nostalgiphilia

Whether as kids or as adults, the baraf golas are one of the most irresistible delicacies that generations can identify and connect memories with.
Read more
Art & Culture

Tamil Nadu Culture: Tamil Nadu is a land of enchanting beauty, a vibrant culture and a grand tradition. Through its fascinating heritage and historical significance, the state has managed to capture the attention of the world.
Read more
Art & Culture

The Kantha Embroidery is one of the most popular craft forms of India. It serves a great utilitarian purpose without losing its beauty and intricacy.
Read more