Cycling in Mumbai – Risky or Fun?

Since I am used to living on an isolated university campus, I faced difficulty in acclimatising with my old city life. I came back to Mumbai for my winter break and all I really wanted to do was cycle around the city like the way I cycled around my campus every day. Being a traditional Indian family that is too protective of its children, I had to take permission from parents before trying such “stunts”. When I brought the topic up, my father exclaimed, “The very thought of you roaming around on a cycle in the city, no matter at what time of the day, gives me cold-feet. I will not allow it no matter what”. 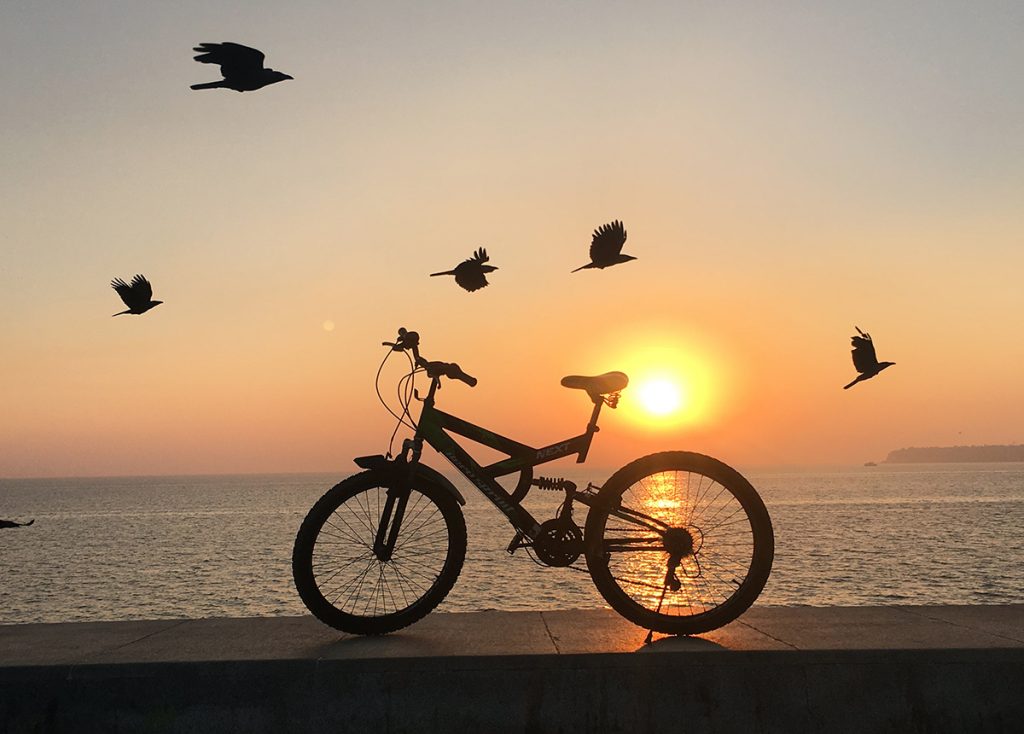 But I feel risks are necessary in life and our life is nothing without them. Cycling around your own city is now considered to be a risk and that is a sad part of a metropolitan lifestyle. “You don’t know how people drive in the city”, said my father and I knew better than to argue with him. I told him that I would cycle around the building, but I took the cycle to Marine Drive which isn’t far from my home in Malabar Hills. 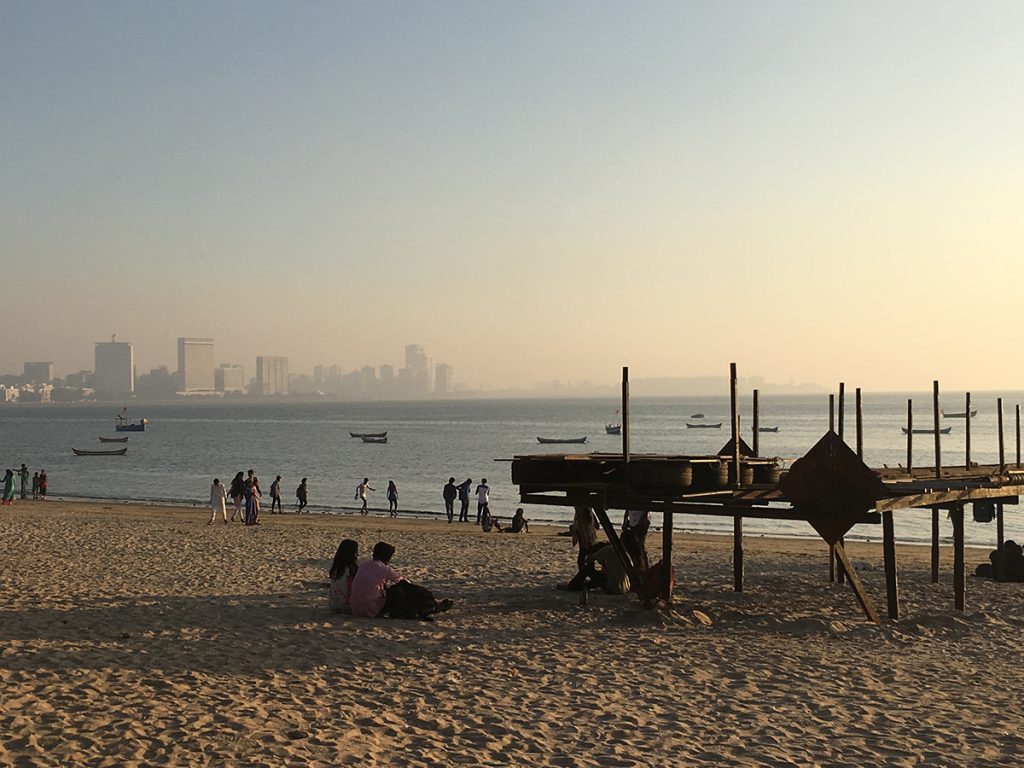 I started my journey at about 5:30 in the evening and carried a cap, phone and earphones with me. I put on some light music and began cycling. Although my side of the road was empty, cars travelling on the other side made me nervous and it wasn’t hard for me to imagine lying on the ground in a pool of around me. But life is all about challenges and I had taken this up. To my surprise, the road was rather empty till Chowpatty and I was shocked that cycling around had actually been easy. Occasionally, a few cars zipped by, but none of them troubled me. I enjoyed a great view of the Arabian Sea near Chowpatty and noticed the timeless wrinkles on the sea. Going around on a cycle, made me enjoy views like never before. 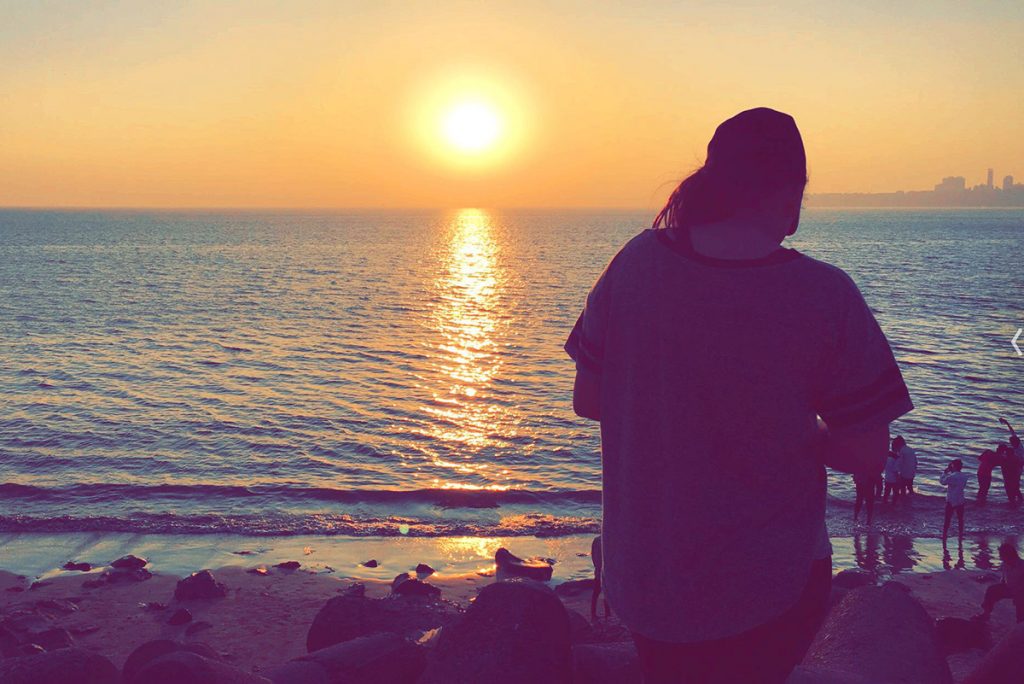 However, during my return journey, my fun ride changed to a rollercoaster where I had to constantly use my brakes. From a completely empty road, the road had transformed to a traffic jam at each signal. Just when I had trusted the path a little, the path was filled with obstacles. The beach was now filled with couples and people eager to take pictures or feel the salty rush of the sea through their legs. 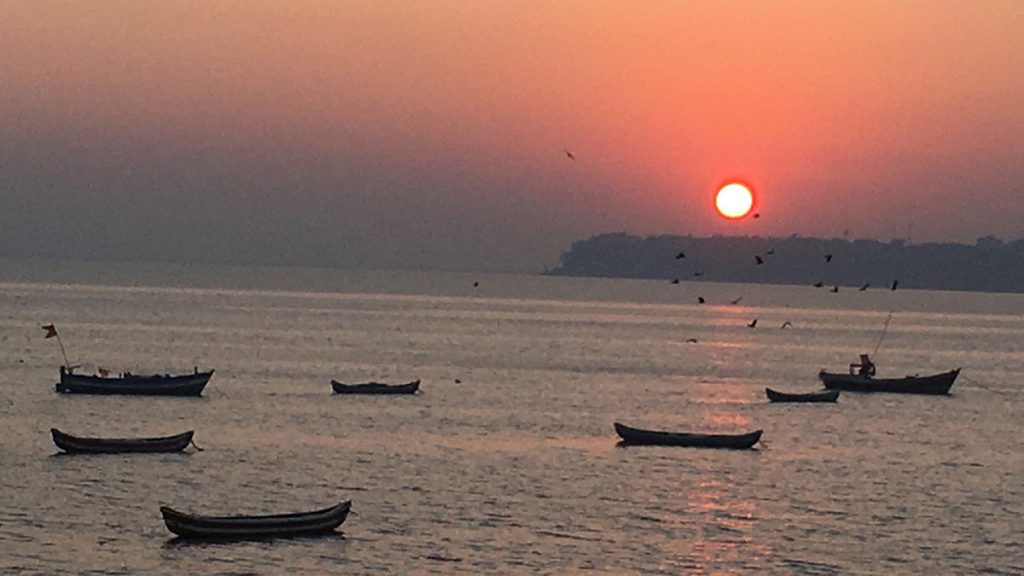 I realized that the sea had its own charm and everyone was enjoying it in their own way. I now drove on the huge footpath and continued my journey till the bridge at the end of Marine Drive. In no time, the sun began to set and the view from Marine drive was breath taking! There was too much to absorb at once and it felt surreal. Although I had stayed in the city for 18 years, this experience made me look at the city in a different way! 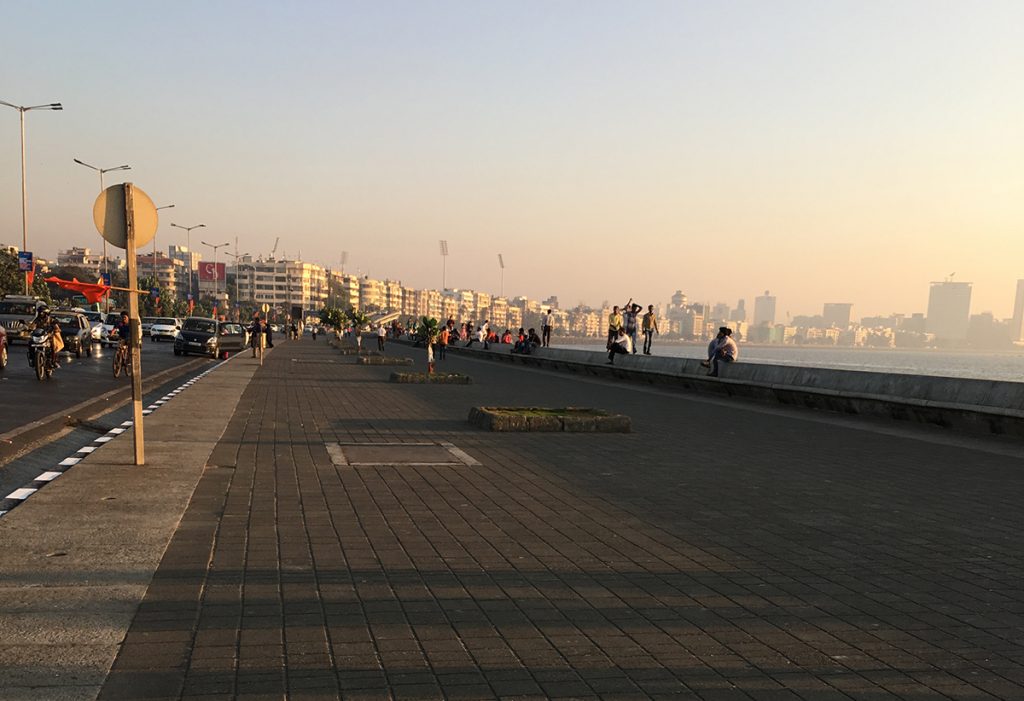 People looked at me and said that “Mumbai isn’t the place to do this” and I replied to them saying that “Every place is the place to do everything if you have the heart to do it.” For the first time, I felt like a tourist in my own city. I did receive a few calls from my concerned parents, but I convinced them that there was nothing to worry about. I felt that adrenaline rush in me as I had chosen what to do independently and had accomplished it. The evening and sunset then transformed into night. The whole city looked awake at this time as the traffic increased. It looked like the city had woken up from slumber and was giving its habitants itself at its best. But we habitants often take our surroundings for granted and we need to awaken the traveller in us to see better and so I rushed back home safely. 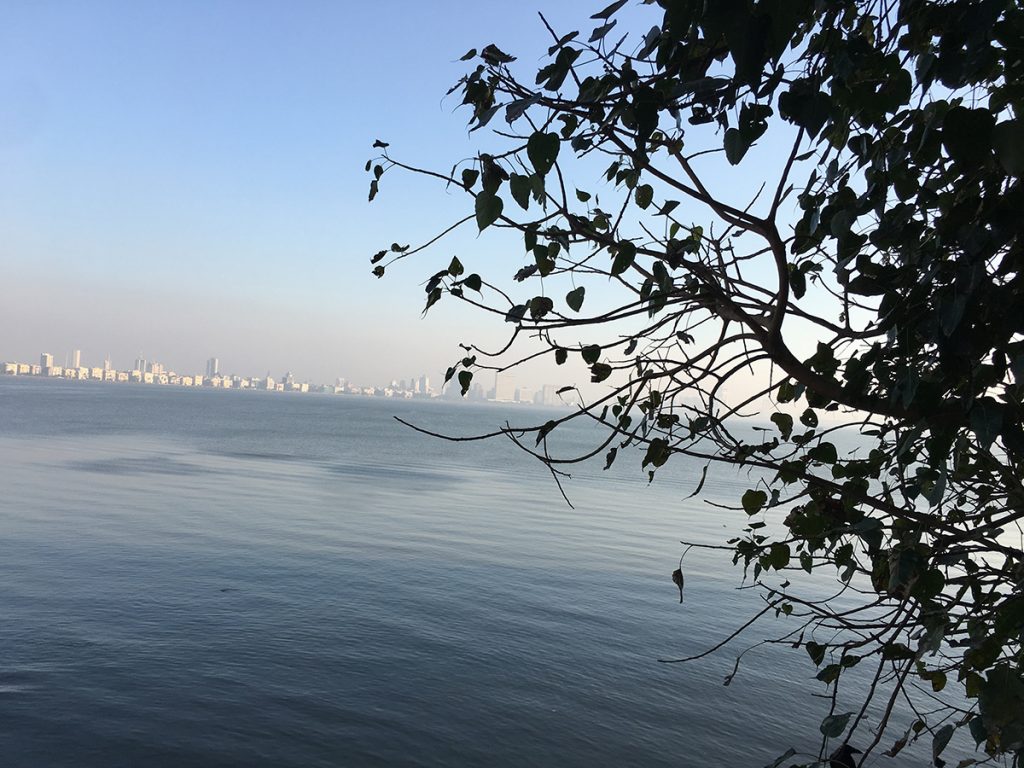 I realized that people have a perception about life in the city of Mumbai and that needs to change. This was one of the most fulfilling experiences of my winter break till now and I felt like I had a piece of this city in me that I would always hold on to. If you really want to explore the city by yourself, grab a cycle. Cycling in Mumbai is quite safe during early mornings and late nights. There are a lot of cityscape views that you could enjoy on a cycle.