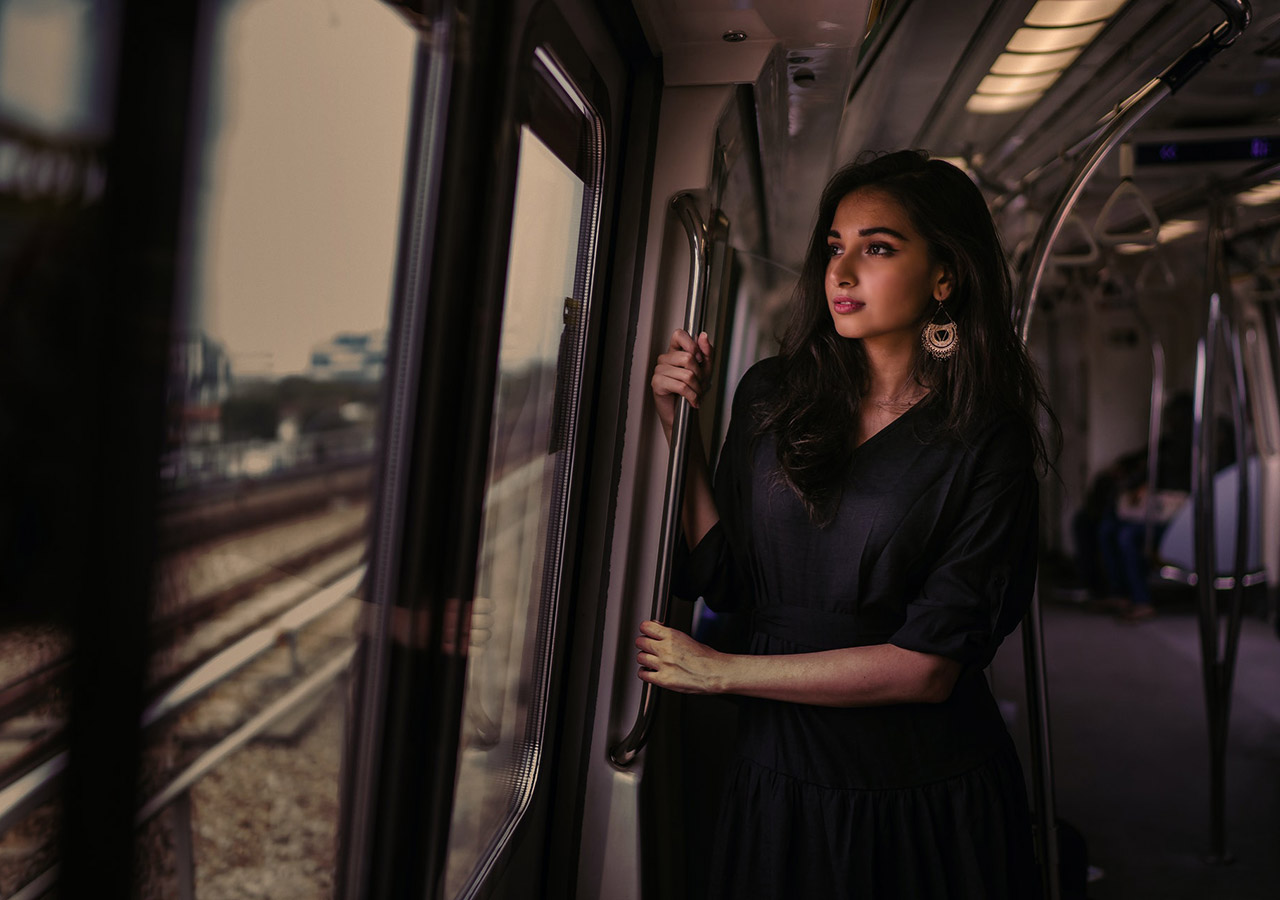 Around two years ago, I experienced terrible mood swings, acne, hair fall and felt anxious on a daily basis. My menstrual cycle was haphazard. Sometimes I would skip my periods completely and on other days I would have heavy bleeding. As a nineteen year old, I couldn’t understand what was happening. My life was unpredictable with hormones controlling my days and moods.

I consulted a doctor who diagnosed me with PCOS – Polycystic Ovarian Syndrome, a medical condition in which women of reproductive age experience prolonged or infrequent periods. Long term complications of PCOS include type 2 diabetes and heart disease.

As someone who grew up in an Indian family, I was not comfortable discussing my periods at first, specifically around men in the family. According to research, I am not the only one. Over 67% of working women think talking about health issues is a taboo in Indian society. Research also shows that Indian working women are either diagnosed with PCOS or know someone who is but they are still uncomfortable to talk about the health issue.

The doctor I consulted prescribed two medicines I was supposed to have on a daily basis. One for PCOS and the other for acne and hair fall. Overall, I felt like I was overconsuming pills everyday and this added to the anxiety I experienced. I even tried natural remedies for acne. Though the acne went away, the underlying issue of PCOS was not being addressed by most natural remedy doctors. I thought I would have to be dependent on hormonal pills forever and I was unsure about how it would affect my long term health. Surely, it was not a healthy way to live on pills everyday at the age of nineteen! Once I started feeling a little better and the mood swings went away, I stopped taking my medication and thought I was doing alright. Little did I imagine the symptoms would come back again with even more force.

I finally met a doctor who said hormonal imbalances and PCOS could be reversed using better lifestyle choices. If my PCOS could be cured by lifestyle, why had I been given medicines by the other doctor? The new doctor recommended me to try movement therapy, breathing exercises and charted out a healthy diet plan for me. I did not believe that curing PCOS with lifestyle was possible, but it was truly the solution I was waiting for. I was willing to try out anything that did not involve me consuming medicines.

I turned vegan, gluten-free and sugar-free for around four months and saw my life transform. Previously, I had thought dietary changes and turning vegan was a fad. Despite having watched documentaries like “What the Health” on Netflix that spoke about the harmful effects of milk products on the adult human body, I always looked at the idea of veganism with cynicism. Surely, things could not be so extreme in the food industry as pro-vegan documentaries made it seem, I thought. But I could not be more wrong. I was surprised to see the impact of a vegan diet on my body. I felt like a new person and my mental-health greatly improved. What started off as a journey to stay away from pills led to me a journey towards better mental health fueled by better lifestyle decisions. After seeing the power daily lifestyle choices had on my life, I felt empowered.

Despite not having consumed a single pill for four months, my symptoms of PCOS had disappeared. It was like magic. I started becoming more conscious about daily lifestyle decisions like eating, exercising and sleeping.

I decided to be more conscious and mindful about daily decision making. This one decision in my life was revolutionary. Research shows that 52% of working women in India find it difficult to manage health and work together. This is because women also face pressure to complete household work. Research shows that unrealistic expectations placed on women to fulfill various roles are also one reason why the number of women suffering from PCOS is increasing in India. There is a strong correlation between gender expectations, stress and prevalence of PCOS.

Around 10% of women globally suffer from PCOS. I have now realized with the right resources and information, combating PCOS is not as challenging as doctors recommending medicinal pills make it seem. Moreover, with conscious lifestyle choices, PCOS symptoms can be reversed completely. More than anything else, I believe as women we need to start talking about our health disorders because it helps us realize we are not alone while battling them. Sharing resources is also empowering. I was vocal about my PCOS and found a close set of friends in school who were battling the same health issue. We were able to act as a strong support group for each other.

I wish I had met the doctor who helped me cure my PCOS with lifestyle changes earlier. But better late than never! It has been almost over a year now and I am completely off the pill. I hope awareness reaches more people about PCOS being curable with tangible and conscious lifestyle changes. More than anything, I finally feel empowered to share my story because I hope more people realize PCOS can be reversed by altering lifestyle.