An Oasis of Learning – Swaraj University 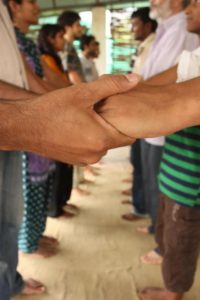 ‘How long do you have to listen?’
This is a question that most Khojis at Swaraj University will ask you when asked what we do at Swaraj University.
What’s Khoji?
Khoji means ‘a seeker’… someone out on a quest.
What quest?
An individual mission for every person to follow. Enough riddles, you may say! So here it goes – How long do you have to listen?

My tryst with Swaraj University began a year ago, when I finally found what I was seeking through miles and miles of travel and exploration. I had long been unsettled, having given up a completely funded doctoral programme, because I felt that my questions wouldn’t be answered in academia. My masters thesis supervisor had clearly told me,
“Even if you experience Nirvana, unless you can objectively explain it to other people with empirical data, it is a useless question to engage with academically”. 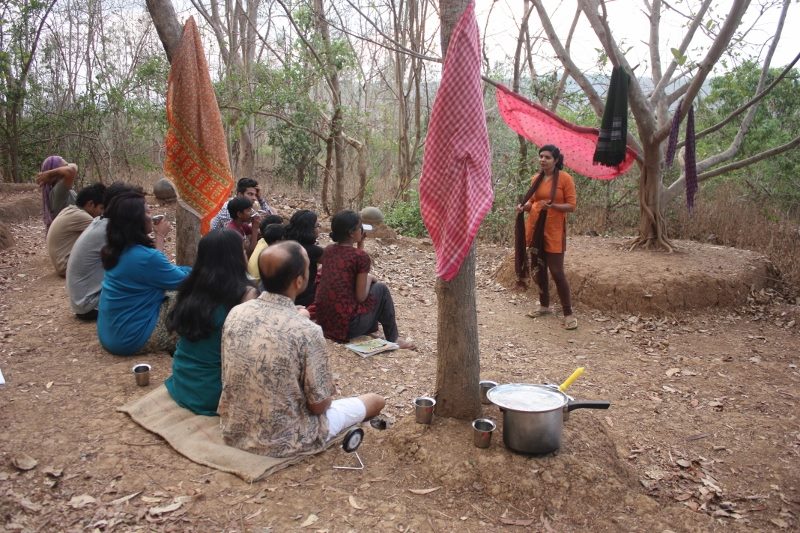 If education was not going to answer my questions, particularly existential questions as important as “Who am I?” and “What is the world really like beyond individual perspectives?”, why do I need such knowledge?

Disillusioned, I had returned home from London and spent a year travelling around the country looking up alternative education spaces. My travels pushed my perspectives far beyond their original understanding. Soon I realised that my boundaries were extremely limited and the world was hardly as it had seemed to be once. My notions of class, caste and gender all broke down once I actually met people different from me, but who had the same human core. More and more, I started wondering what kind of world I was living in and where I really belonged once my allegiance to categories had been broken. 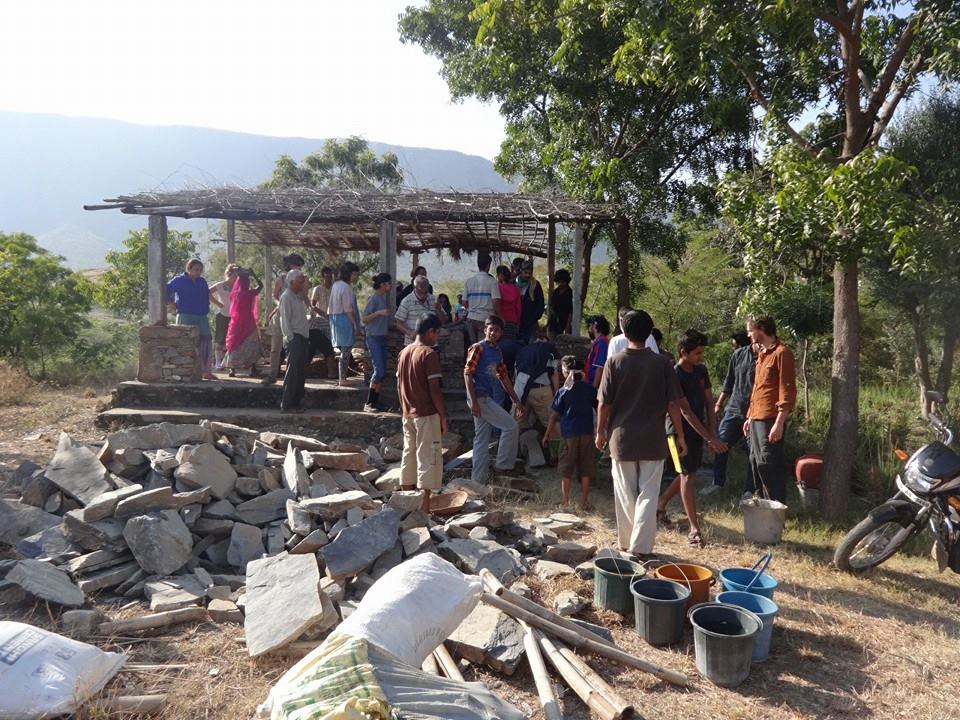 It was around this time of great confusion and rethinking that I landed up at an oasis in a Rajasthani desert. At the foothills of the Aravallis, the oldest mountain range in the world, lies a place quite unlike any other that I had been to. The people at this place had a quiet reassurance among themselves and pursue what seems right to them. Body, mind and heart were not fragmented into shallow realms; there is a real drive towards listening to oneself and knowing who one really is. In this place, nature is the container of all activity, and people work towards building a community of ardent, driven and compassionate humans. This is a place called Swaraj University. 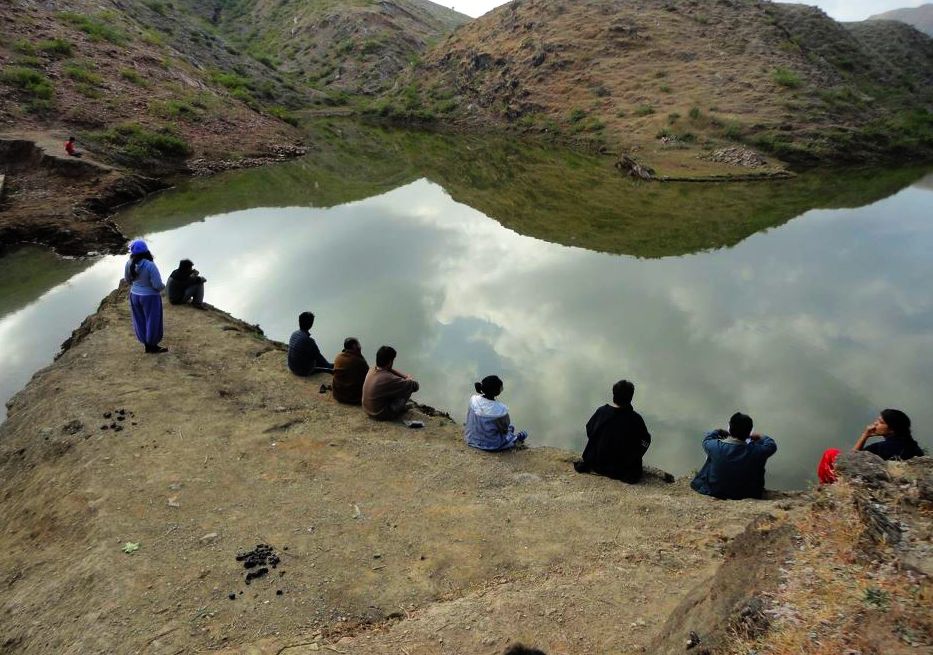 Conversations informed me that three like-minded people started this space five years ago, and it was inspired by the thoughts of great beings such as Mahatma Gandhi and Rabindranath Tagore. The name ‘Swaraj’ emerged from Gandhi’s ‘Hind Swaraj’ concept which meant to signify self-ownership. In a world where people are constantly dependent on the economy and media messages, Swaraj University was meant to be a space for its seekers to know themselves and take their own responsibility. 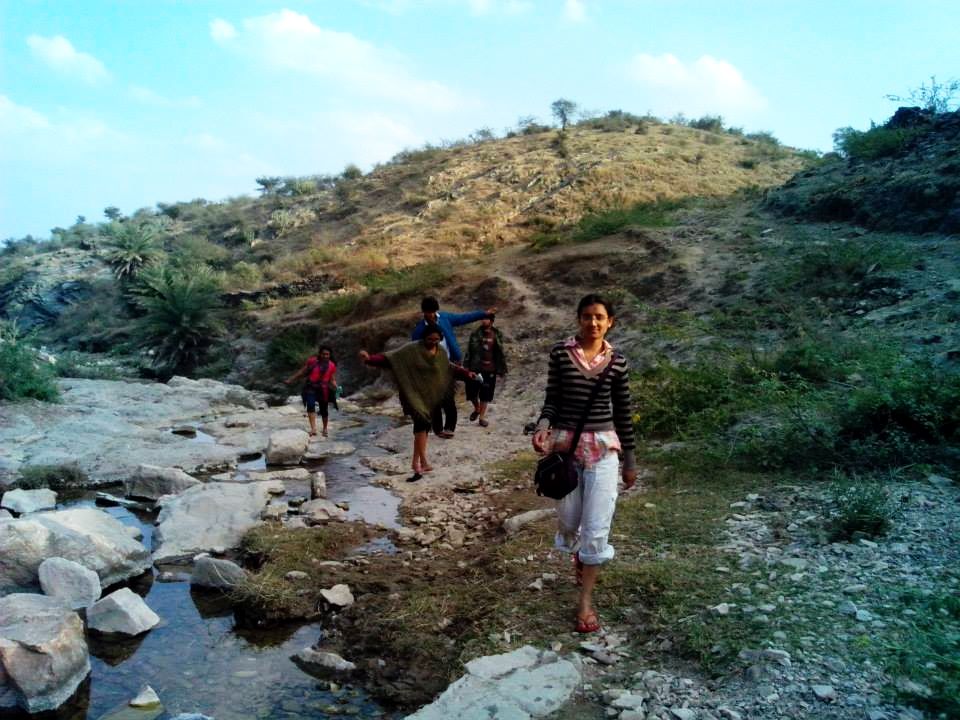 As I walked across the beautiful Tapovan Ashram, campus of Swaraj University on the outskirts of Udaipur, and took in the sights of a lake at the base on mountains stretching out to infinity, my mind felt completely at peace with the silence that was only broken by chirping and barking.

A year later, I find myself as a Khoji at Swaraj. Here, I have found a community to explore multiple perspectives and learned that I am not alone in seeing the world beyond black & white categories. From sustainability, to understanding what health means to questioning social justice, we have conversations and activities to explore the world in the changing context that we are living in right now. Rather than the remote and unrelated education that I had experienced so far, my learnings at Swaraj have been from working in the real world, meeting real people from all walks of life, and giving as much importance to my emotional needs and personal growth as to my career choices and work. 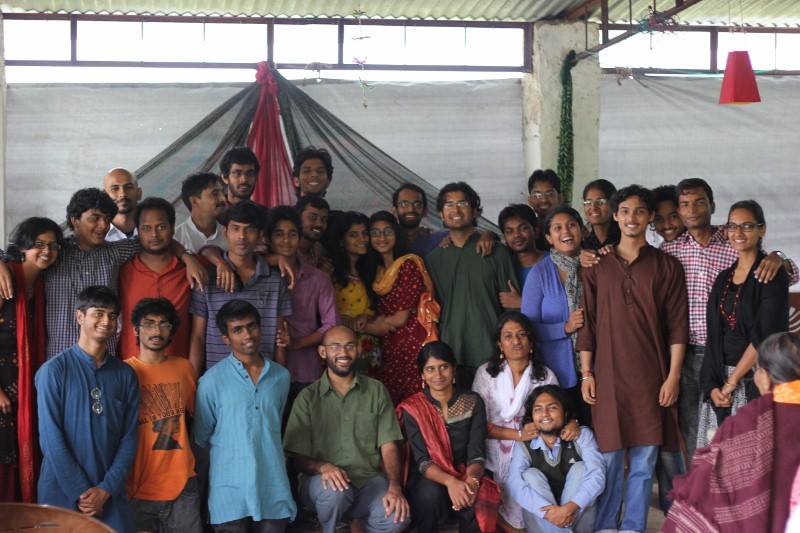 Sure, just like everywhere we have our fights and conflicts; but here it is celebrated. Failure is celebrated as a stepping stone to success, and we enjoy growing from our experiences. This is a space that holds us when we make mistakes and forges our relationships into stronger bonds through the scars that mark our experiences.

From vaguely finding out about one academic course at a time, I now have the opportunity to explore art, writing, healing, history, communication, facilitation, spirituality, simple living and much more. I explore all of these as a holistic organic way of living, not as ‘fragmented subjects’ to study, and I seek through all of them ways in which to grow and love and become a kinder human being.

So what is Swaraj University? It’s what you make of it. A space for the youth to follow their dreams and coexist with others who have similar crazy ideas of worlds without borders and making magic really come true. It’s an oasis to heal and to cherish relationships and work and the world as part of an organic whole. It’s a space for you to ‘Be’.