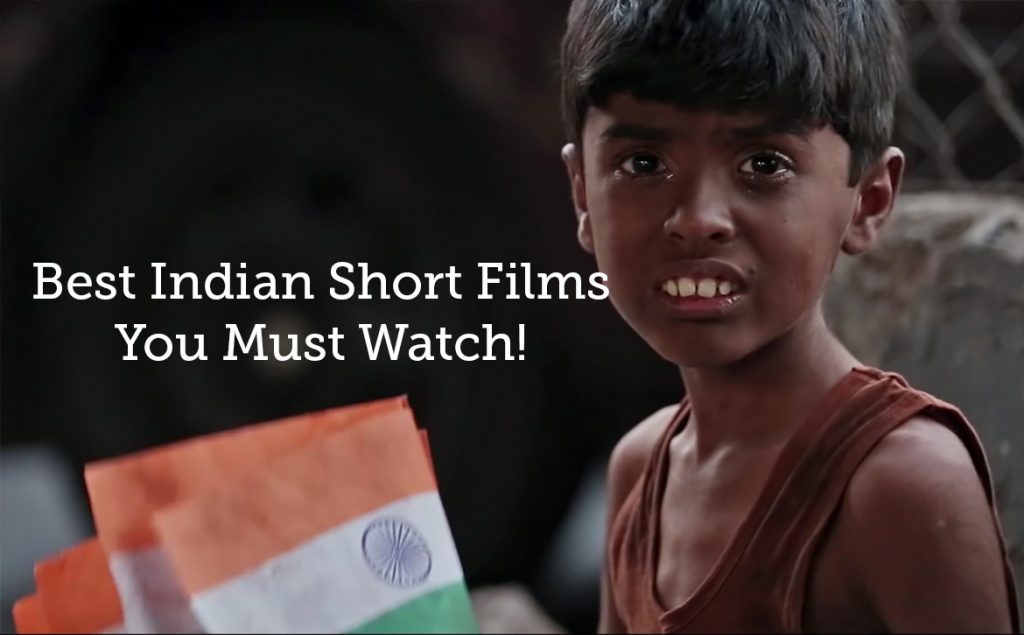 Short films today portray stories of the very people that we tend to overlook. As we race to make ends meet, these capsule stories act as a reality check. Short films prove that big ideas need not be wrapped in pretentious layers of hour-long visuals to reach the masses. In small time frames, they establish concepts, ideas and statements. And they make it big. Really big.

I combed the Internet to find the best short films that went viral and surprisingly I came across a small talent heap. Hope you enjoy the selection as much as I did.

A 6 minute film directed by Vivek Joshi, 3 Shades show the current state of our homeland and asks a hard question – Even if we develop our nation and eradicate the evils in society, is it possible to completely eradicate poverty?  In the film, a child sells Indian Flags on Republic Day, allowing him to earn a decent amount which will buy him 2 meals for the next two days. Another ‘beggar’ steals it from him and runs away. The boy has to answer to the flag maker as he gets a part of the earnings. The older man doesn’t believe him and shuts him out until he gets the money. Finding a lot of scrap flags in the garbage, the boy resells them to the public. The story raises a lot of questions about freedom and poverty and makes us think.

This National Award winning Parsi film, lasting 20 minutes, focuses on family values. Kaushal Oza has carefully directed the subtleties of family life in a way that wouldn’t make you cry, but will leave your heart heavy, after watching the film. This film captures how a couple takes death very lightly and yet the sadness in their eyes is very evident.

Here’s a small shout-out to this 15 minute Sujoy Ghosh film in Hindi, released in 2015. Starring Radhika Apte and Soumitra Chatterjee, this film created a lot of media stir for its conceptualisation of the Ramayana in a very different way. This 14-minute short film will make you ponder deeply about its meaning. If you get the meaning immediately, that’s great. If not, watch again till it makes sense, because the feeling you get when you understand something complex is just ‘wow’!

Directed by Vijay Varadharaj, this is a poetic short film which promotes feminism. It is a 3 minute film in Tamil that was released in 2015. The movie is disturbing yet beautiful with its strong verses. It tells the story of a girl who is raped and who cannot communicate her pain. An invisible tape is plastered on her mouth so that she doesn’t open up. A series of powerful statements follow which will make anyone weak in the knees. This film cannot be described but has to be felt. Only then will the message be conveyed.

Directed by Arun Narain, this 19 minute 33 seconds Tamil short film created a recent stir in the short film club. It depicts how two sisters have to face being eve-teased in their locality. A confrontation with the rogues by the older sister leads to a fight in which she is wounded. The next scene shows the young girl going to school without any trouble from them. The camera then shifts to the older girl, carrying a fruit bag and entering the hospital where the rogue who wounded her lies on a bed, with broken bones. The story ends with the girl looking at a wall filled with boxing trophies and medals. No one would’ve guessed this brilliant climax. It is one of those films, screened at many short film festivals and got raving reviews for both plot originality and the technical skills.

This two-minute silent short film, directed by Navin and team and released on 14th November 2013, is powerful yet outstanding in its simplicity. It depicts the story of an orphan who covets a mother’s love. The story starts with a little boy finding chalk pieces in a classroom and heading out to an open space in his orphanage. A curious watchman follows him and to his astonishment, finds the kid drawing a picture of a mother on the floor. The kid sleeps on the drawn-mother’s shoulder, emphasizing the fact that he longs for a mother and her care. The short film was made initially to promote adoption. But it also conveys a strong message about the blessing that is our mother.

Directed by Madonne Ashwin, this 7 minute long Tamil film is a simple story with a strong message. Released in June 2012, the film starts with a school kid being taught dialogues for his fancy dress competition in which he plays the character of a beggar. The child sees a beggar on the streets and strikes up a conversation with him. The poor man asks him why he is dressed like that, to which the boy replies that it’s for a competition. After listening to what the boy will be saying at school, the old man recites a verse which is the best part in the movie. It goes like this:

This verse affects the child, who later recites it at his show, earning him respect. This film will definitely make us question our own actions.

Watch out for Part 2 to enjoy more great short films!