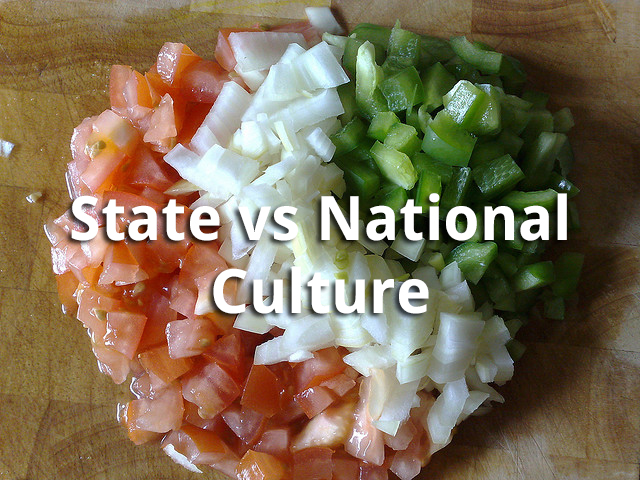 Whenever I introduce myself to someone new, the first thing they ask is ‘Where are you basically from?’ I always take a moment to think since it is not an easy question for me to answer. Where am I basically from? My ancestors are from the Marwar region in Rajasthan; my grandfather was born and brought in Haryana; my father was brought up in Odisha and is settled there, while I was born and brought up in Odisha, but now settled in Pune since 9 years! So, where do I really belong?

This question is quite an important one for every Indian, since it defines other people’s behaviour towards you. I have always failed to understand, why does my state of origin, or a region matter? I always felt I am an Indian, since my ancestors and I have travelled across so many states. I remember when I first came to Pune, I was quite nervous and scared.

Indian culture is so diverse that adjusting to the whole new cultural setup was certainly difficult. The toughest task was to make friends. People in Maharashtra looked at me as if I am from a different nation altogether. During conversations, when I say I am from the east, they would hesitate in having any further communication.

Culture plays a major role in these kinds of regional bifurcations. Every state has its own language, food, dressing sense, interpretation of religious ceremonies, and a different lifestyle. These differences become a barrier when a person tries to adjust him/herself in a new environment. Lohit Chandra, a PR professional, who is basically from Kerala but has been living in Mumbai since a few years, recalls, “When I shifted to Mumbai, I did face some initial cultural adjustments. Language was a big problem as I was not fluent in speaking Hindi, which is the national language. Here I saw strangers chatting up on a particular subject as if they know each other well and I was an alien to this world.”

Sometimes, these differences can badly affect a person. Rajesh Rao, a software engineer from Karnataka, who worked in an IT company in Delhi, recollects, “No matter how I tried to mingle up with locals, I was never accepted in any groups. As most of my colleagues were Hindi speaking, I was left alone and soon found myself lonely. I had no choice to get myself transferred back to South India.”

Many choose to mingle with people from their own state, since language becomes the initial barrier in approaching people and making a space among the locals. College scene is a good example where you can see people moving around grouped with people from their own region. There are rare cases where you would find a person from a different state mingling with locals. Otherwise, a clear state-wise division is quite common and this trend is seen among working professionals as well.

However, things are certainly changing at some levels. In metro cities, where people migrate from different states in the hunt for jobs, their state culture is taking a backseat. People are eager to know about the new culture and are least bothered about the state you belong. Chhayaa Sharma, a student from Odisha who graduated from Pune and now is in Delhi for further education, says, “When I came to Pune, I was certainly scared as to how would I be able to manage with the local crowd. However, things turn otherwise and my classmates welcomed me with opened arms. They weren’t concerned about my state and treated me like an equal.”

Similar things happened with Lohit in Mumbai, who defines himself as an introvert. Lohit says “Being an introvert, I hardly take an initiative to begin the conversation. However, as Mumbai is full of people from different castes, background and states, I was lucky to make some good friends.”

Something similar was faced by Priyanka Shukla from Ranchi, who works in a newspaper in Pune. She shares her feeling when she initially came to the city, and says, “Initially, I was scared. But soon, I realized that people are warm and they accepted me. The new culture and people had so much positivity that it changed my entire perception towards life. We certainly can’t rule out the cultural difference, but a respect for others should always be there.”

For cosmopolitan people, their state or national culture doesn’t matter much. In recent times, the trend of love marriage has increased. Generally, people fall in love either in college or while working in the same office. As we all know that love is blind! However, when inter-cast love marriage happens, families oppose. Renowned author Chetan Bhagat has beautifully depicted the tussle between two states and religion in his novel, “2 States”, which is now released as a Bollywood movie.

Furthermore, when asked about what it means to a cosmopolitan Indian, Lohit says, “I don’t try to see myself belonging to a state or impose my state culture on others, except when it comes to clearing certain misconceptions. Otherwise, I see myself as an Indian being with other fellow Indians. Unless they behave differently because they are from a particular region and consider themselves superior to others, I don’t have problem mingling with them.”

Despite this broader sense, we sometimes keep on hearing problems by many people. Giving a solution to such differences, Priyanka says, “I think people need to be a little more frank and patience when they move out. They need to give time to understand the place and culture. This will certainly eliminate any difficulties.”

There is no doubt that the love and affection for the place you are born will remain. But we should never neglect the fact that we are Indians. With migration happening at a fast pace, the difference between a particular state culture and national culture is diminishing. We can hope that one day we can address ourselves as just Indian, rather than from a particular region or state.