As I sit down to pen about the most talked about city of the world, it’s completely a different feeling for me. Mumbai just makes me nostalgic. Although India is a country of mixed cultures, Mumbai is the ultimate blend of India itself. Mixed religions and mixed families dominate the city which in a way fosters brotherhood and sometimes strikes a spark for communal riots. But the city is warm and endearing and I love the positive vibe the city gives. I read somewhere, “Mumbai is a metaphor”. How well said? Mumbai epitomizes a continuous struggle amid adjustment and negotiations.

Living in Mumbai’s well known neighbourhood, Mahim was one of the best experiences I have ever had. I have fond memories of waking up everyday to the salty smell and sultry breeze of the Arabian Sea. Mahim is basically a Muslim protectorate, with Sindhis, Gujaratis, Marathas, Christians living together in complete decorum and harmony. Mahim is enclosed by Bandra in the north and the Arabian waters in the west.

To start with the Makdoom Ali Mahimi Dargah is much more than a mere religious place. It is a historic landmark that stands amidst the hustle and bustle of Dargah Lane. The evenings at the Dargah Lane are colourful and delightful. Be it the Sheera- Puri or the Sheekh Kabab served there, it’s a sumptuous delight to visit the Dargah Lane. Situated in the heart of Mahim is the ‘Usman Sulaiman’ sweet shop, which renders the best ‘Aflatoon’ which is a sweet delicacy made with ghee, dry fruits and mawa. Mumbai has a food delicacy in almost every lane. Mahim is well known for its food and eateries. Café Paramount is famous for its Kheema Parantha and tea; Café Mehnaz for its bread pudding and meat menu; pastry shops and cafes are jam-packed on either side of the Mahim roads. 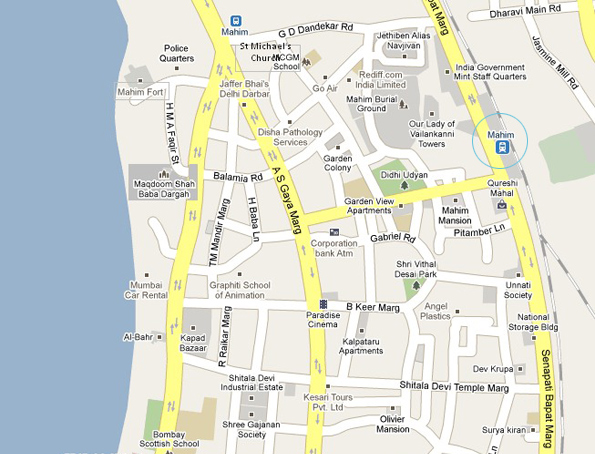 Built somewhere in 1841 to 1846, the Mahim Causeway connects Mumbai with its northern periphery, linking southern Mahim neighbourhoods with Bandra to the north. It links the Swami Vivekananda Road with the L.J. Road and stretches between the Bandra Masjid (where most of my family Nikaahs took place) and the Mahim Church. I very well remember passing through it every day having fun with my cousins and enjoying the candy floss.

From food to shopping, the Linking Road is not far away from Mahim. But Mahim has its own famous ‘Budh Bazar’ which means ‘Wednesday market’, where one can find basic essentials at cheap prices. Nearby is a place named ‘Bhatyarkhana’ where free meals are served to the poor by donations from the privileged.
The Mahim Fort is yet another place where I have lingering memories. We used to go there in the evening, to hear the waves breaking on its walls, and later in the night, the never ending sea seemed merging with the skies and the stars. It felt so serene and calm to be there; we used to play hide and seek and engrave our names on the walls with charcoal. 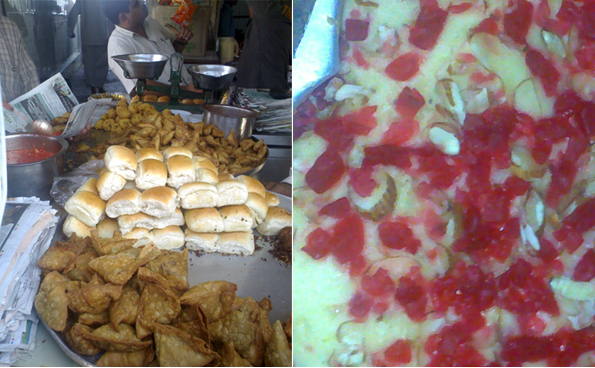 St. Michael’s Church is one of the oldest Catholic churches in Mahim. It is a beautiful and oldest Portuguese architecture. It’s the point of intersection of the L.J. Road and Mahim Causeway. The church is worth a visit on Wednesdays when Novena which is a special mass conducted every Wednesday. Somewhere in 2008, I remember people flocking in the church to see Jesus’ bleeding picture, we were right there in the church that time since we got to know about it from a common Christian friend.

Today, things are changing and the best view that Mahim is that of the Bandra-Worli sea link which can be seen from my balcony. When I see the Bandra-Worli sea link receding into the Arabian Sea, it makes me think about the incredible engineering involved. It is not just the engineering that fascinates me, but also the beauty and charisma of the link which shimmers at night with golden lights.