The Treasure Trove of Hyderabad Nizams

Hyderabad was the largest princely state before it was merged into the Indian union in 1948 by Operation Polo. For nearly three centuries, Hyderabad State was ruled by the Nizams, who carved their kingdom in South India from the ruins of the Mughal Empire. In seven generations, Hyderabad Nizams amassed such wealth that the last Nizam was titled as the richest man in the world by the Time magazine. The last and seventh ruler of Asaf Jah dynasty, Mir Osman Ali Khan, famous for his idiosyncrasies, was also known for his stunning collection of jewellery.

Stunning is too lame a word to describe the exquisite craftsmanship of the famed Nizam jewellery. The sheer magnificence of rubies, diamonds, pearls, sapphires and other precious stones beautifully embedded in gold and silver, showcase the glory of the erstwhile Nizam. The total worth of 173 jewellery pieces (a fraction acquired by Government of India) is worth Rs 5,000 crore! 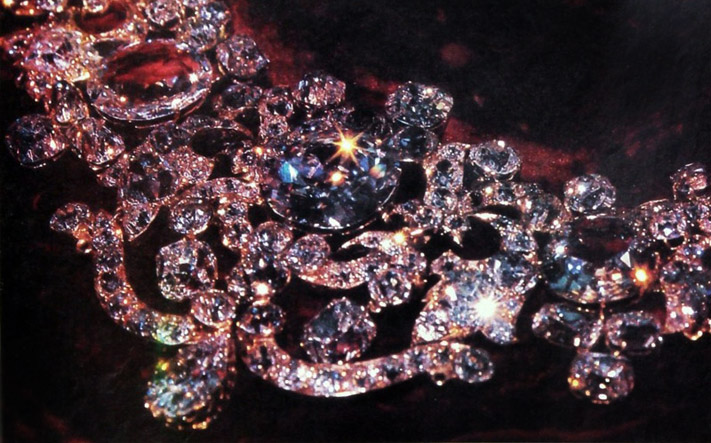 The last Nizam Osman Ali Khan’s collection included 25,000 diamonds, pearls the size of quail eggs and the famed Jacob’s Diamond. A set of 22 Colombian emeralds weighing 413 carats was so flawless that no jeweller had the courage to set them. One necklace comprised 226 diamonds weighing nearly 150 carats. It is said Osman Ali Khan used to handle his baubles as if they were marbles. The legendary Nizam’s Diamond weighed 400 carats and was said to be the second largest in the world. This diamond was lost and then discovered accidentally in 1870s near Shamshabad by a local goldsmith, buried in an earthen pot. 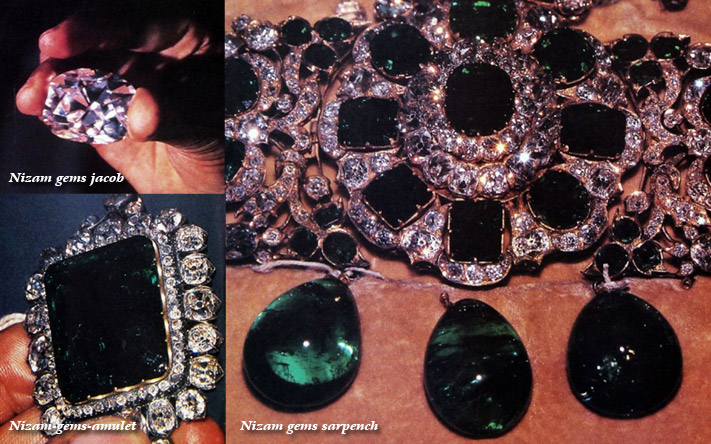 Read: The treasure trove of the Nizams part 2