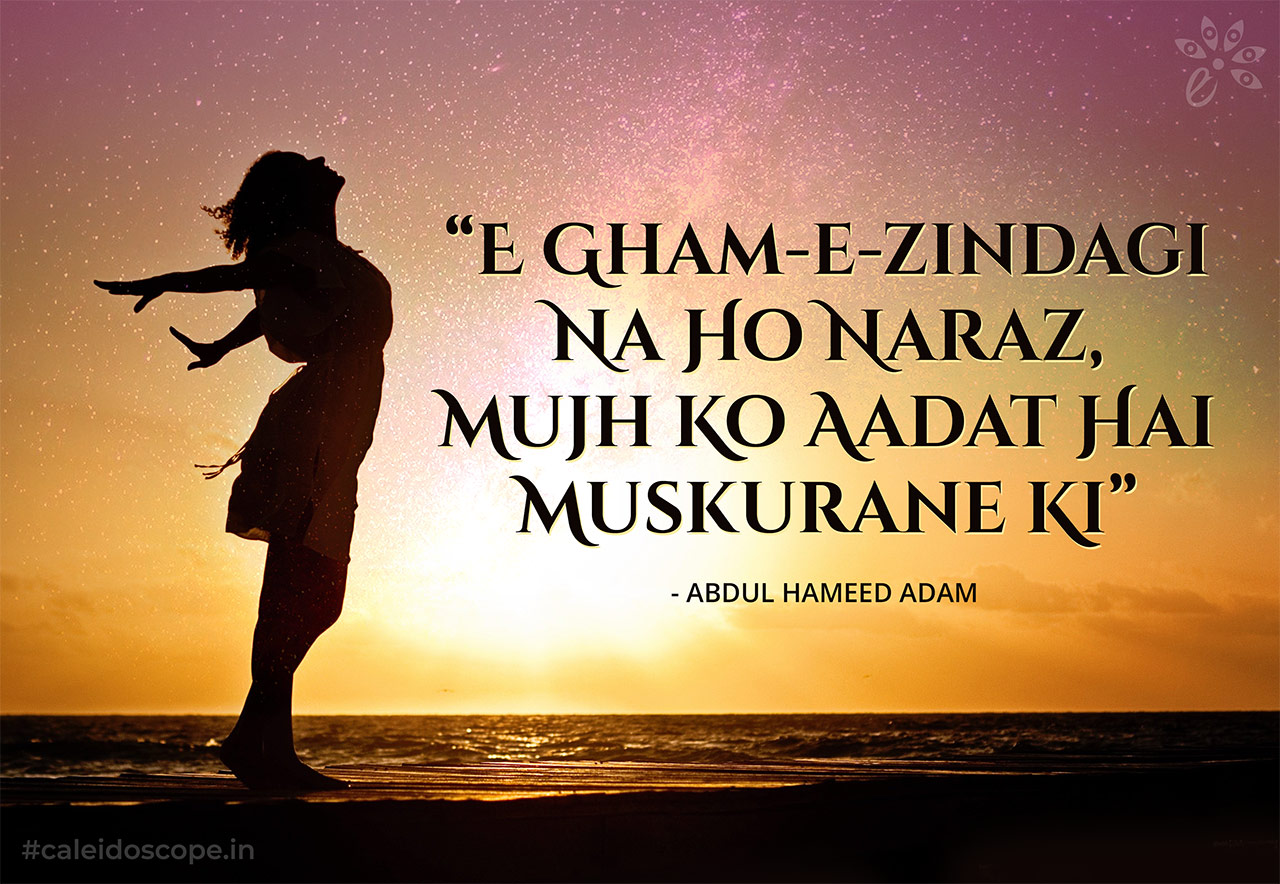 There is depth and rhythm in these couplets, as is in most Urdu Shayari. The language aids expression in its purest form, allowing for the emotion to sink within one’s soul. And though Urdu language is a widely spoken language in the country and outside, its most recognizable form is through poetry.

One of the most wonderful things about languages in India is their forms of expressions. Every language has a rich history and heritage. This is in terms of both grammar and abundant literature. And hence, languages stop becoming mere dialogues or conversations. Instead, they become a means for the formation of thoughts and ideas. Urdu is one such language that not only has sweetness in discussion or greetings, but also style and grace.

Before we begin it is important to note that different regions of India have their own regional languages. Languages in India play a very integral role because unlike many other nations, there is no single language that works everywhere. Each language has its own special attachment and rootedness that exudes the local characteristics and culture of the region. Many languages in the country are derived from Sanskrit, such as Hindi, Gujarati, Bengali, Punjabi etc. Urdu, however, has a common or similar Indo-Aryan vocabulary, the syntax to Hindi. But it derives its script from Persian. The script for Urdu is a kind of writing that runs from right to left as opposed to many other languages, including Hindi. Urdu, also like Hindi, is a form of Hindustani, a language that was adopted by Northern India and Pakistan.

A few linguists date back its origin to as early as the 6th century. It could have found its way through the conquest of Sindh in 711. It further developed as Persian and Turkish invasions began in the 11th century. However, different experts have varying theories on the origin of Urdu. A few believe that it originated from Brij bhasha, which was a dialect spoken in Western India. Some believe that the language evolved from Hariani, which was spoken widely during the Delhi Sultanate rule. Hence, the earliest forms of Urdu were named as various other native languages, such as Khariboli or Old Hindi.

The mixing of both the Hindu and Muslim cultures, led to the Old Hindi acquiring many Persian words. Though from the 13th to 18th century the language continued to be called Hindi or Hindustani it was, in reality, coming together of the Hindi and Persian influences.  Also known as Dehlavi, the language thus is believed by many experts to find its origins in the overlaps of local dialects and Persian influences in areas around Delhi.

The Delhi Sultanate had made Persian as their official language, and this continued even during the Mughal Empire. Amir Khusrau in the 13th century was a famous scholar who wrote his renditions and poems in Hindavi. Though the language was the written and spoken language of the region, it was only at the end of Aurangzeb’s rule in the 18th century that it began to be called Zaban-e-Urdu. Before that, the language was known by its many names, including Hindi, Hindavi, Dehlavi, etc., and it was the language of all irrespective of them being Hindus or Muslims. It flourished in the elite and courtly surroundings retaining its core vocabulary from the Indo-Aryan language base akin to the local Khariboli but its writing or script was adopted in the Persian style of calligraphy.

Urdu or ‘ordu’ comes from the Turkish word meaning army or the ‘language of the camp’. The name Urdu is believed to have first been used by Ghulam Hamadani Mushafi in 1780.

A special mention of southern India is imperative here. In Southern India, especially in Golkonda and Bijapur, a language called Dakhini flourished. It had influences from Telugu and Marathi too. Beginnings of Dakhini can be traced back to the 15th century, and it was also a product of the Muslim rulers who ruled over the southern regions. The writings and the language were used by the Muslims and it was not as much influenced by local culture as was the case in northern India. Dakhini was best patronized by the Qutub Shahi dynasty. Muhammad Quli Qutub Shah was a poet himself and many other rulers have writings and poems in Dakhini as well. However, the language declined after the conquest of Aurangzeb and was overtaken by Urdu.

Similarly, the other languages that can be called sister languages of Urdu and are structured on Persian influences, include Sindhi, Punjabi, Kashmiri etc.

The Urdu language was promoted during colonial rule, where the British referred to it as Hindustani. The higher class both wrote and spoke in this language for administrative and official purposes. However, the Devanagari script was used by Hindus for religious texts and similarly the Persian Arabic text was used by Muslims for their own spiritual and literary texts. The Bhakti and Sufi movements also helped in the further development of the language. Each used the vocabulary of the other to pass on and explain their ideologies and spirituality to the common masses. The Sufi saints started using Hindavi influencing it with Persian words, whereas, the Bhakti saints used Sanskrit preferences to educate the locals.

In 1837, Urdu language became the co-official language of the subcontinent along with English. It was during the colonial period that stalwart Urdu poets such as Mirza Ghalib and Allama Iqbal created unforgettable verses. The British also started teaching Urdu to attract Muslim students in their governmental institutions. Meanwhile, the Arya Samaj protested against the use of the Perso-Arabic script and asked for the language to be written in the native Devanagari script. Slowly, the seamlessness with which the language existed earlier began to fade away.  The divide became more pronounced between Hindus using the ‘Hindi’ with the Devanagari script and the Muslims identifying with ‘Urdu’ written in the Perso-Arabic script.

The culmination of difference reached its peak during Partition. Urdu became the official language of Pakistan and is an Eight Schedule Language in India.

The Essence of Overlap

The history and origins of any language will have complicated and lateral developments. It is difficult for any language to have a linear and time lined progression.  Similarly, the evolution or origin of Urdu has multiple theories surrounding its existence and growth. However, being itself is an essence of what true integration of cultures might mean. Hindustani was the language whose grammar and syntax was ‘Hindi’ and whose script was ‘Urdu’. It was this language that was spoken, written and expounded by the great minds of its time, including Amir Khusrau. The Hindustani or Hindavi language is what later was referred to as Urdu, but it was laden heavily with vocabulary from both Sanskrit and Persian. Many linguists count both Hindi and Urdu as the same language because of their grammar and vocabulary similarities. Many others cite it as a socio-political reason for reading and counting them as two separate languages. Hence Urdu emerges perhaps as a wonderful amalgamation of cultures that decided to flourish by taking the best of each other. And in the course, creating a linguistic and literary treasure that finds keepers till date.

Urdu continues to be an integral part of the Indian culture and linguistics. It is widely spoken in many parts of the country. Some of the states where it is predominantly spoken include Uttar Pradesh, Madhya Pradesh, Andhra Pradesh, Telangana, Karnataka, Maharashtra.

In Uttar Pradesh, Urdu sprinkles in its very ‘tehzeeb’ and ‘tameez’. The language finds its true spirit and sizzles with delight. The various Urdu hotspots across India include, of course, Lucknow, Delhi, Meerut, Bareilly, Azamgarh, Aligarh, Allahabad, Agra, and so on. It is one of the most widely spoken and written languages. More than 100 million native speakers of Urdu are found in India and Pakistan. The language is also well-spoken in other countries, including in UAE, Britain, Canada, Saudi Arabia etc. 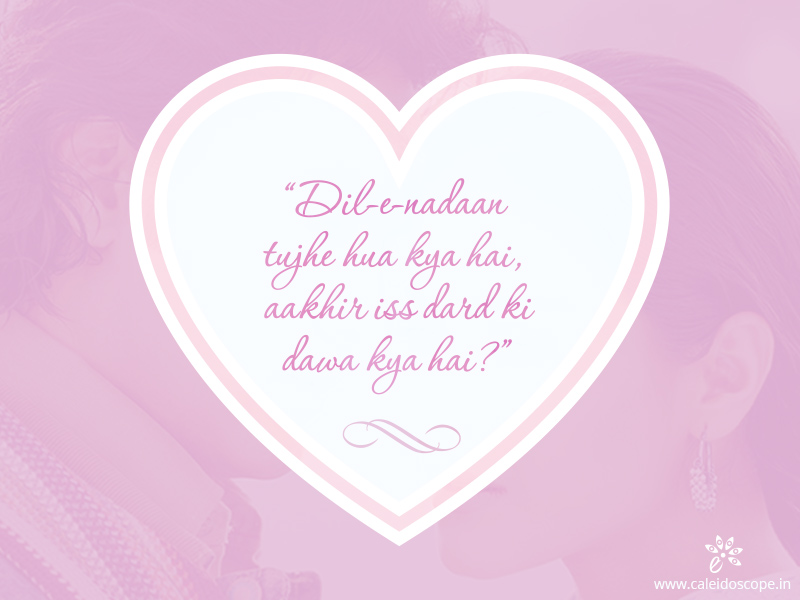 Urdu is regarded as a beautiful language. Its sweetness makes it an often-used medium for literary and creative works. Shayari, poems, music, as well as Bollywood, has burrowed and used Urdu extensively to express their artistic desires.

Qawwali, gazal, and mushairas found their lyrical notes in Urdu. And hence one can say that Urdu has woven itself into India’s cultural history with grace and elegance. It is here to stay, and we would not want it any other way.