A Ride to the Floating Market (Gudri Market) of Dal Lake

Hills and mountains have fascinated me from my childhood. Staying in Delhi-NCR, when the scorching heat of the sun becomes unbearable, I felt the immense urge to escape to the hills. Having explored most of the places in Himachal or Uttarakhand, I was badly looking for an offbeat place in the laps of the Himalayas during the 15th Aug’17 weekend. Finally, four of us, set out on a road trip, without any fixed destination, but obviously to the hills. Any destination in Himachal we checked was either prebooked or looked over crowded owing to that long weekend. 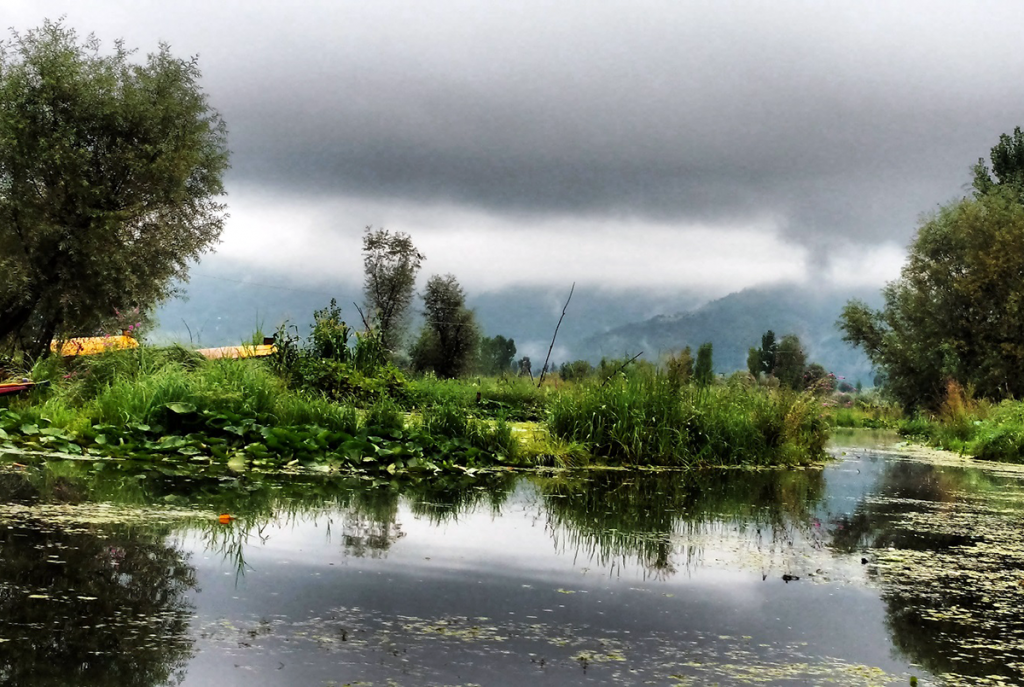 After lots of discussions and arguments we decided to travel the road beyond Himachal and to our utter amazement we find ourselves taking the turn towards Udhampur from Pathankot. Kashmir, the paradise on earth, caught in immense political turmoil from the last couple of years, that too during 15th Aug, sounded bit crazy but thrilling at the same time. We had definitely enquired on the situation of the valley at that time and only after getting a safety signal from a friend posted as an army doctor there, we drove to the valley. After around sixteen hour drive from Delhi, we reached Sringar. We checked in to a Houseboat situated on the Dal Lake, which could be reached by riding through a Shikara from the main road. 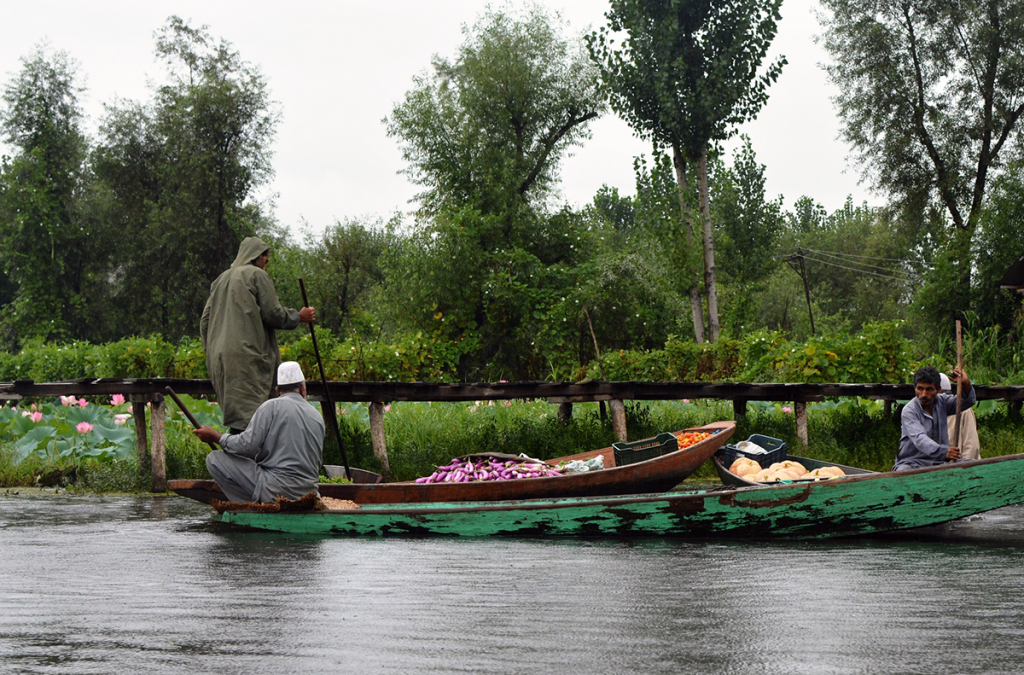 As suggested by the owner of the houseboat, who had enthralled us by their warm hospitality, was a visit to the floating vegetable market of Srinagar. The only catch here was that the market starts at pre-dawn and wraps up before sunlight falls on the water.  Next, dawn the Shikara was at the doorsteps of our houseboat. Though still drowsy, we decided to go for the ride. Nothing could be more relaxing than ride in a Shikara on the Dal Lake, as the cool breeze quietens the chaotic urban senses and the appeasing sound of splashes generated from the ripples of the water, as the Shikara rows through the calm water of the Lake soothes the soul. The vendors gather at a specific area of the Dal Lake, known as the Gudri Market. The market barely lasts for two hours. 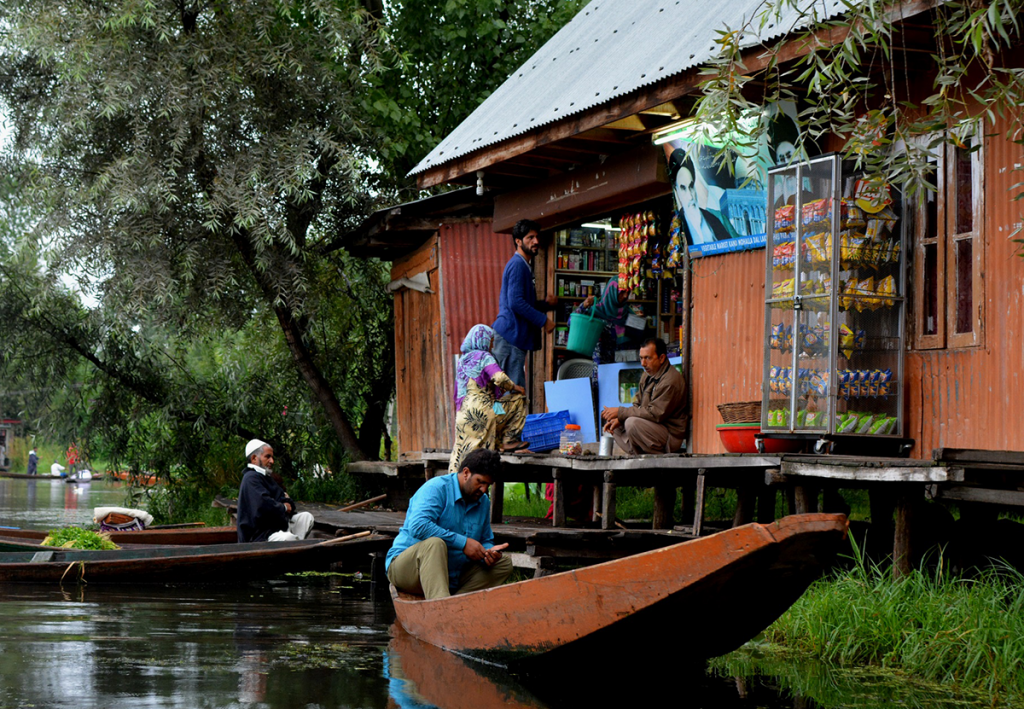 The market was at a half an hour ride from our houseboat. Since, it was monsoons, the clouds hovering on top of the hills, with the chilly morning breeze striking through our faces, stirred our souls. Our Shikara made its way through the canals of the Dal Lake. The generally busy and the very active handicraft and apparel market set up on the houseboats along both sides of the canal, appeared lull in a deep slumber, still undisturbed. The sides of the canal thronged by the green fauna and the lotus cultivation were surreal enough to captivate one’s mind. The ducks swimming effortlessly in the turquoise water and the myriad birds flocking along the swampy banks were a sight to behold. After rowing through the canals for more than half an hour, we reached the floating market, is one of its kinds, where the vendors sell the various vegetables in their canoes, grown mostly in the floating gardens, which they generally harvest few hours before the market starts. 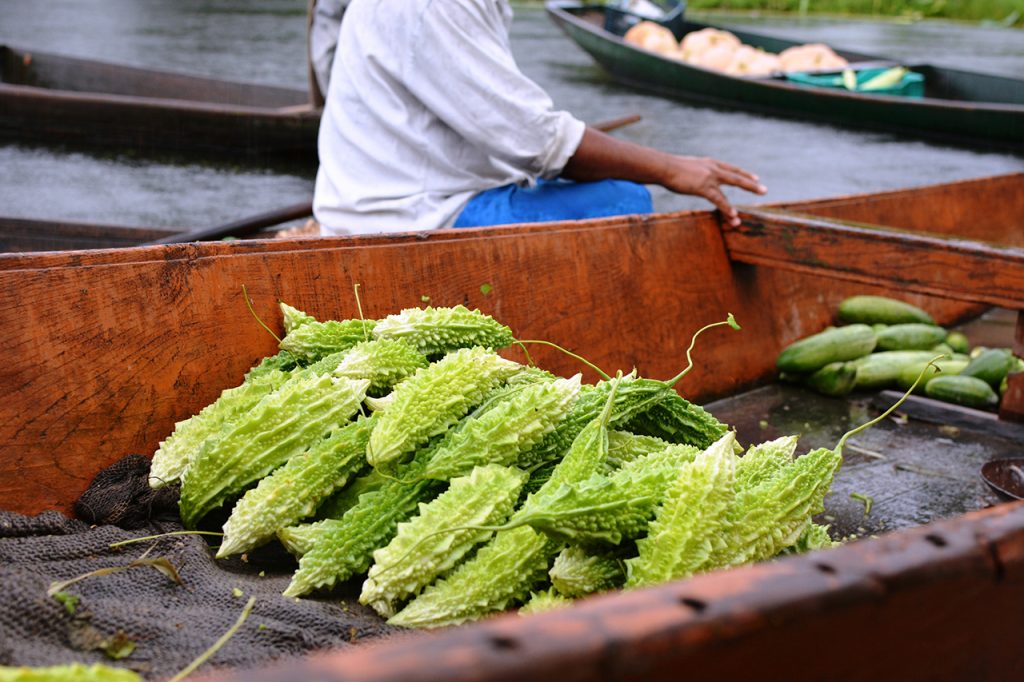 There are generally two types of floating gardens, the Radh type or the Demb type. The Radh type constitutes of long strips of lake reeds that can be pulled from one place to another. The Demb type is formed on shallow water either on the sides of the lake or in the middle. Passing through the canals, one could witness these floating vegetables gardens.  Owing to the rich ecosystem of the wetlands, various vegetables are produced in large quantities. This market is believed to have existed for more than a century and the vegetables grown here are organic and so delicious that as per fables even the Mughal Kings in Agra used to seek for these vegetables. 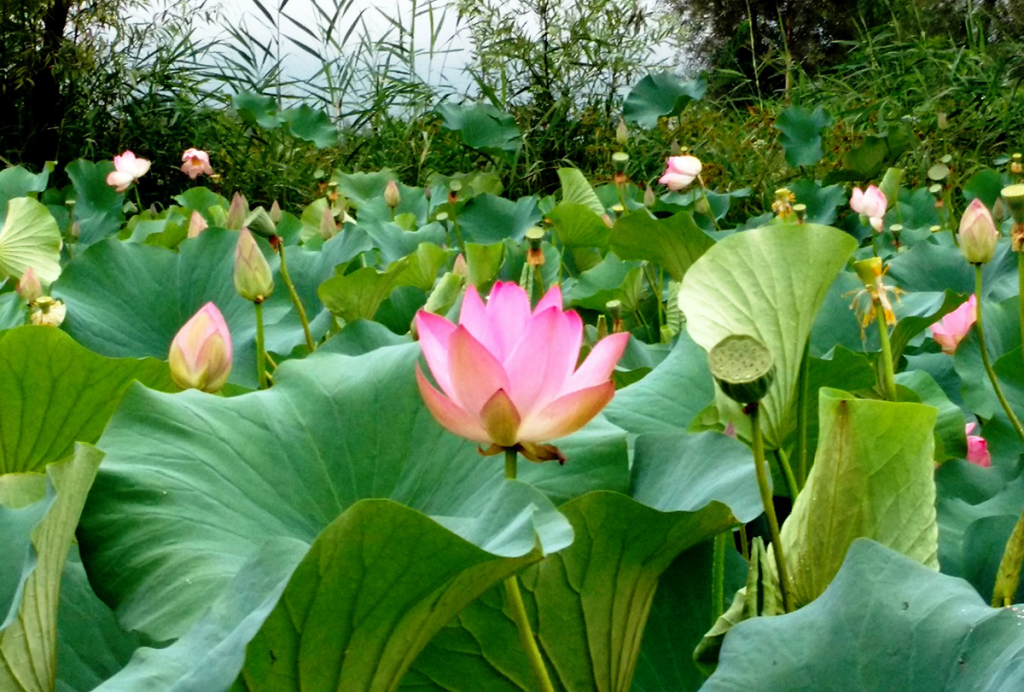 The serenity of the Dal Lake bursts into life by the chatters, bargains, negotiations of these shifty boatmen. Vendors from villages as far as 15kms swarm to this market. The floating market is operational only during the summers, when the icy Dal Lake, frozen during the grey winters melts and the canals pave ways for the canoes.

These canoes are an indispensible part of their mundane life, from going to workplace to schools, or for visiting a neighbour; they need to hop on to these canoes. They are basically crafted of deodar wood and the way a boatman managed to stay afloat by sitting on the edge of these canoes, seemed incredible.

The colourful canoes of the florists packed with various roses, lilies, daisies are feast to the eyes. Besides, the florists and the vegetable sellers, the bakers on their canoes with various baked breads and other eateries are the ones to hit the waters. After they were done for the day, they squatted in small groups, giggling, gossiping and chatting, over their cups of Kahwa. A tourist can enjoy this sight from the comforts of Shikara with a cup kahwa. The amalgamated aroma of saffron and almonds arousing from a cup of kahwa is simply enough to rouse the senses. As the market wrapped up, we also went for leisurely ride. As we wandered along the picturesque Dal Lake, while it drizzled, the lines by the famous Kashmiri poet Amir Khusrau, looped in my mind “’Gar firdaus bar,roo-e zamin ast, Hamein ast-o, hamein ast-o hamein ast’ meaning ‘If at all there be Paradise on earth, this is it, this is it, this is it indeed’.