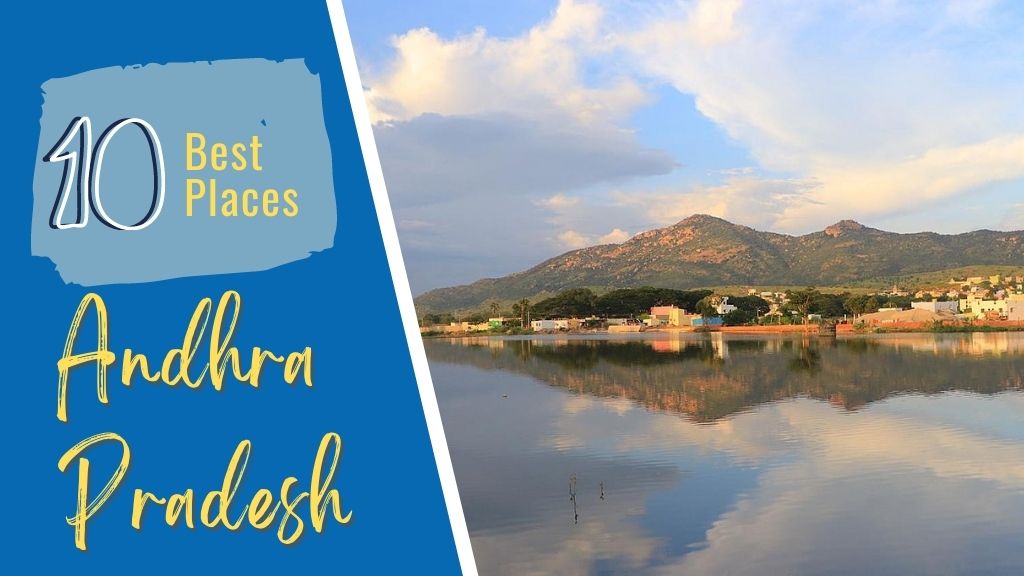 Andhra Pradesh, situated on the south-eastern coast of India, is one of the most visited states of India. The state is well known for its rich natural resources, scenic beauty, marvellous temples and mesmerising rivers. The cultural heritage, ancient architecture, natural marvels and historical significance of Andhra Pradesh are of the next level. Let’s look at some of the best places of this top tourist destination.

First on our list is the largest city in Andhra Pradesh, Visakhapatnam. It is a major seaport of Andhra Pradesh and India. In Visakhapatnam, you can find various attractions like the Araku Valley, the Borra Caves, Yarada Beach, Rishikonda Beach, Katiki Waterfalls, Indira Gandhi Zoological Kailasagiri Hill Park and the VUDA Park.

The tropical climate of the city makes it an ideal place to visit to calm your mind. Not to forget the picturesque locations and valleys, which are perfect for picnics and family outings. There are various trekking hotspots in the city, making it an attractive place for young travellers.

Tirupati is famous as a pilgrimage spot. The place is a hub for significant cultural and religious attractions. It lies in the foothills of the Eastern Ghats in the Chittoor district. The city ‘Tirupati’ traces the origin of its name from the Tamil word meaning ‘sacred abode’. Tamil Vaishnava saint Ramanujacharya founded the Tirupati town.

Balaji, a form of Lord Vishnu, bestows his blessings on the city. The city served as an important centre for dynasties like the Chola dynasty, Pallava dynasty and the Vijayanagar Empire. The significant places of attraction here are Sri Venkateswara Temple which is famous among devotees all around the country. Other tourist attractions involve Talakona Waterfalls, Deer Park, Sri Vari Museum, Sri Govindarajaswami Temple, Srikalahasti, and Kanipakam.

It is the oldest town in the state and is famous for the rock paintings of Ketavaram. There are shreds of evidence of the Palaeolithic age in the city. The ancient caves and the fort ruins found in Kurnool are of significance not only to the tourist but also to historically inclined persons. Kurnool Fort, Belum Caves, Nallamala Forest, Rollapadu Bird Sanctuary, Adoni Fort, Kurnool Museum, and Mantralayam are well known for their magnetising powers and for attracting tourists.

Vijayawada is very famous for its agriculturally rich status. McKinsey also recognised the city as the Global city in his speculations. It was earlier known as Bezawada. The city has a unique location due to the Krishna River, hills of the Eastern Ghats and the jungles of the Kondapalli Reserve Forest. Due to the presence of the vast forest, there are many caves as well.

Anantapur is the largest district in Andhra Pradesh, and it is famous for diamond mining and agriculture. It is still not among the top tourist places and is yet an undiscovered tourist place. However, the diamond within the city, the diamond treasure of the ancient culture that abides in the city, should get the recognition it deserves. The ancient monuments in Anantapur exemplify the reign of the great Vijayanagar kingdom. The waterfall, ancient temples, hilltop forts, all these features make it a part of our list of 10 Best Andhra Pradesh Places to visit.

Penukonda, Ravadurg Gooty Fort, Thimmamma Marrimanu, Dharmavaram, Hemavathi, Aluru Kona, Lepakshi, and Raidurga Fort are some places you must not miss if you get a chance to visit Anantapur.

Nellore is insanely famous for paddy agriculture, and the vast fields of Damaramadugu serve as prime sources of rice in the country. You must not miss the Nellore rice, and the Pennar river flowing in the city splits it into two parts. The strategic geographical location of Nellore enabled it to witness the greatest empire of Ancient India. These include great empires like that of Mauryas, Cholas, Pallavas and Vijayanagar.

You would surely be mesmerised by the beautiful ancient forts, lakes, beaches, temples and the bird sanctuary in the city. These beautiful attractions are the Udayagiri Fort, Venkatagiri Fort, Nellapattu Bird Sanctuary, Sri Ranganathaswamy Temple, Penchalakona, Jonnawada, Mypad Beach, and Pulicat Lake.

Chittoor is both culturally as well as economically significant for Andhra Pradesh. The city on River Ponnai serves as an essential agricultural town and hence a source of economy. The city is a rich collection of undiscovered flora and fauna, marvellous temples, massive hills, calming rivers and stupendous forts. Some of the most amazing places in Chittoor include Horsley Hills, Kaundinya Wildlife Sanctuary, Kalavagunta, Gurramkonda Fort, Nagari Hills, Sri Venkateswara Temple, Mogili, and Ramagiri.

Although you can easily travel through the city within a day, the city won’t let you leave it too early. The calming and rejuvenating vibes radiating around the city attract thousands of tourists each year.

Kadapa is an important location for pilgrims as it acts as a gateway to the Tirumala hills. Belum Caves, Gandikota Fort, Sidhout Fort, Bhagavan Mahavir Government Museum, Sri Venkateswara Wildlife Sanctuary, Pushpagiri, Ontimitta, and Ameen Peer Dargah make it a place worth mentioning in our list. Many tourists visit Kadapa for its artisanal architecture, temples and forts.

Rajahmundry is the cultural capital of Andhra Pradesh. The Chalukyas founded the city in the 11th century, while some historians claim that the town existed way back during the Vedic period. The city is of supreme importance as it is known as the birthplace of the language of Andhra, Telugu. The ancient town is famous for Papi Hills, Kadiyapulanka, Godavari Boat Travels, Kotilingeswara TempleRallabandi Subbarao Government Museum, Pattiseema, Markandeya Temple, and Dowleswaram Barrage.

Puttaparthi is a famous religious centre of Satya Sai Baba. The temples and the sociocultural centres present in the town attract a plethora of admirers of art, devotees of God and tourists from all around the world. The Sai Kulwant Hall, Chaitanya Jyoti Museum, Sri Sathya Sai Space Theatre, Sri Sathya Sai Hill View Stadium, Gopuram, Anjaneya Hanuman Swamy Temple, Village Mosque, and Chitravathi River are some of the most remarkable tourist destinations here.

This brings us to the end of our list of 10 Best Andhra Pradesh Places to visit. If you ever get a chance to visit Andhra Pradesh, make sure to visit these places to make your trip wholesome.