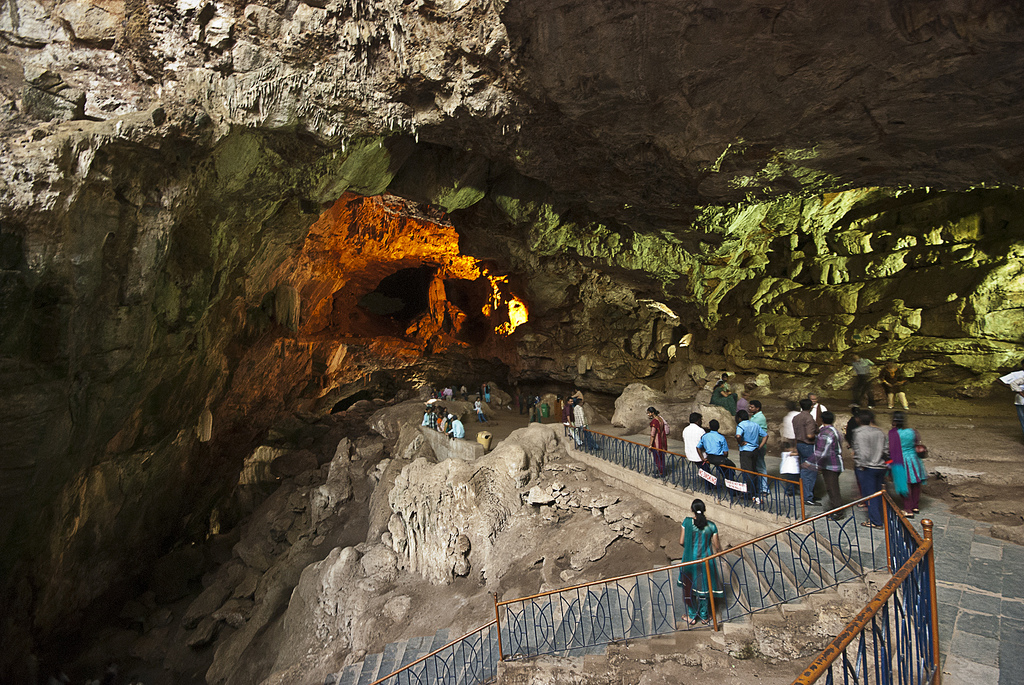 Typically, travellers in India go aboard to see natural wonders; however, there are some wonders in our country that haven’t got the attention they deserve. Particularly, caves in India have not been considered a major offbeat tourist destination. The rock cut temples of Ellora, Badami and Pattadakal and the Buddhist Chaityas of Ajanta are few of the prominent examples.

Most caves in India have either been inhabited during pre-historic times or modified as religious structures later during recorded history. Rarely, we find a natural cave in India that remains in pristine conditions untouched by humans. Among them, the ‘Burra Caves’ or ‘Borra Guhalu’, as they are called in Telugu language, are the most prominent. Located in the Visakhapatnam district in Araku Valley of the Ananthagiri Hills – which is part of the Eastern Ghats mountain range – they are barely known by people outside the coastal region of Andhra Pradesh. Being a native of Vizag, I knew that these do caves exist! Borra Caves are truly one of a kind in India; both scientists and laymen need to visit them to understand its uniqueness. 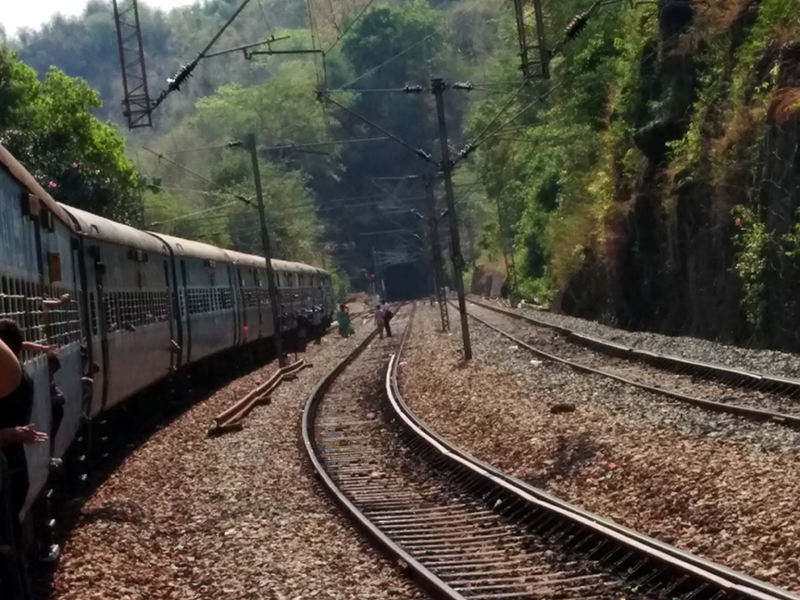 There are two ways to reach Borra Caves: You can take the road from Vizag meandering through the Eastern Ghats, which is quite scenic. However, the second option of travel by train is much more beautiful. The Vizag-Kirandul passenger train climbs the Eastern Ghat mountains passes through many tunnels and bridges on the way, which literally transports you to another world altogether. The serene scenery and mountain landscape are breathtaking and you can’t keep away from clicking your camera! 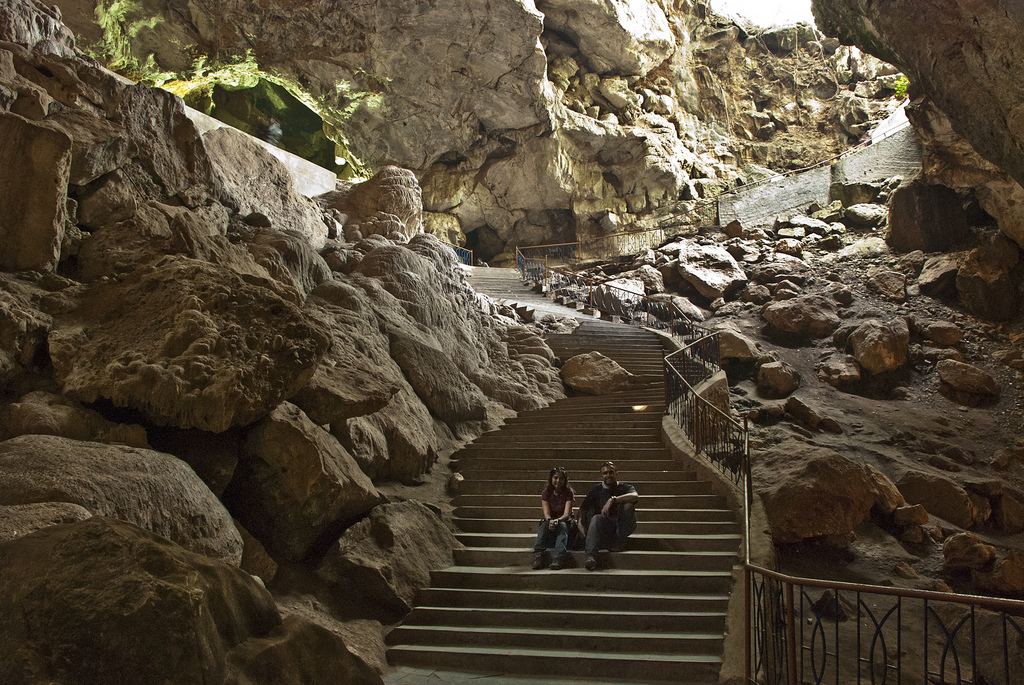 The real treat, however, lies at your destination. The train reaches the Borra Caves station after three hours’ of journey. Numerous private tourist operators eagerly approach travellers as soon as they get down from the train to carry them to the caves and then on a tour of the famous Araku Valley. Although I was visiting the caves for the second time, it seemed as if I was coming here for the first time! The freshness in the air and anticipation was palpable!

Borra Caves straddle the valley created by the Gosthani River. The meandering route with rocky banks reminded me of the Beas River in Manali. Once you enter the wide cavernous opening, we began our descent into the caves with bated breath. The cave entrance have spacious steps descending, going in an almost spiral way, taking us down to the nether world. I must say that the steps were built in such a way that we could hardly feel that we were going below 25 feet. 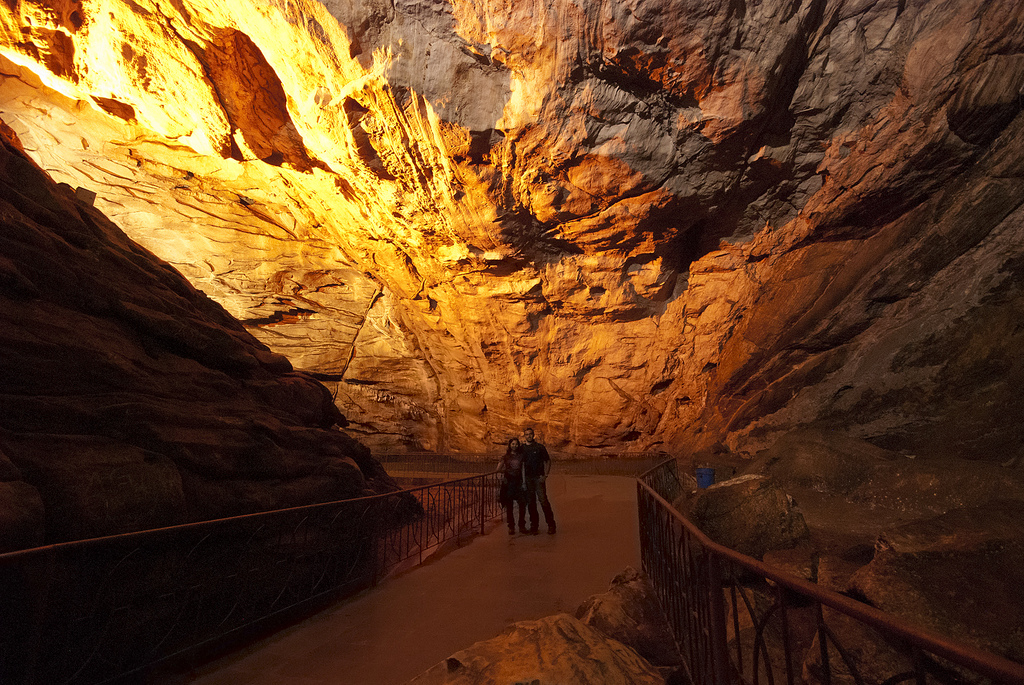 The first thing that hits us was the cool temperature inside even though it was scorching hot outside. It seems the temperature inside the cave is always around 24-25 degrees C. Monkeys are a bit of a menace here; you must watch out for them if you are carrying food. They are known to snatch packaged food and cold drinks. Somebody should study the effect of junk food on monkeys’ health!

We found a tour guide at the entrance and he took our group to show us around. We were glad to have taken a guide because he told us things which we might not have known had we chosen to go alone. The caves have myriad beautiful structures of stalagmites and stalactites. The guide told us was that the caves were discovered when a cow fell into the caves and, shockingly, showed up alive in the Gosthani River (meaning cow’s udder in Sanskrit). Realising that the caves must have saved the cow, locals revered the cave and some of the Shiva Lingam-shaped structures are worshipped by the tribal natives during Shivaratri. 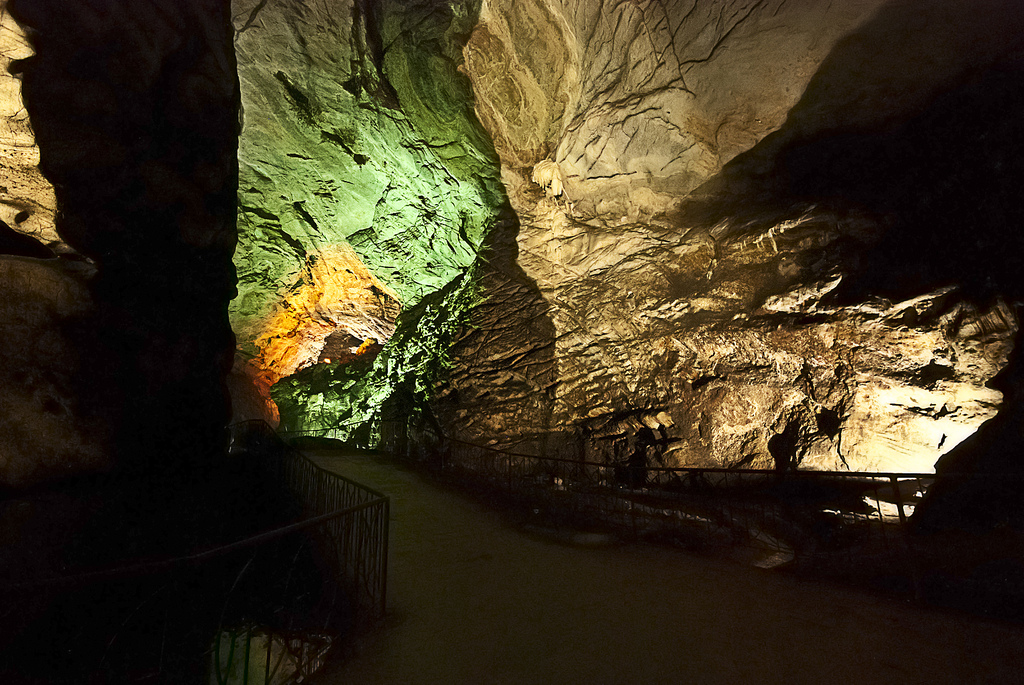 The caves are geologically active; that is, we can still see drops of water dripping from the top to form the stalagmites below! When we reached the bottom, we noticed that it was quite dark and there were artificial lights set up to show the way for tourists. Some of the stones were shining in the light like diamonds. When we asked our guide, he told us that these stones were combination of marble and limestone, which gave them the sparkle. One interesting part was, there is a point where the railway line goes right on top of the Borra Caves. The railway line has not harmed this marvel of nature!

Our guide entertained us by showing various formations in the cave, which he named Sai Baba, Mother & Child, Lion and so on. We also added one or two to his collection. However, the most fascinating thing was the brain like formation deep inside the cave. 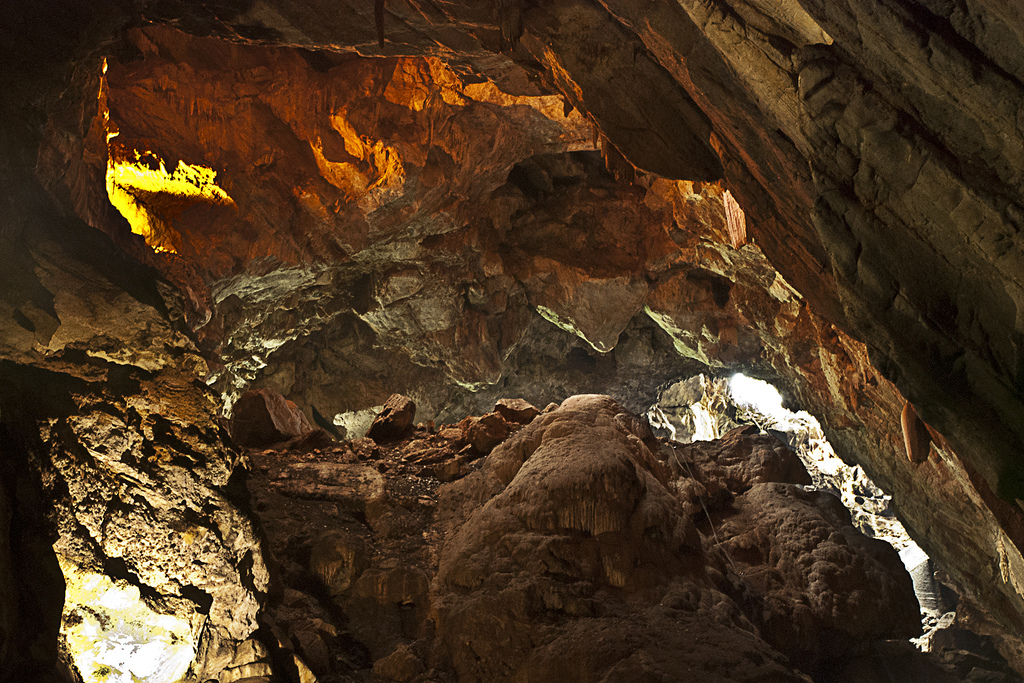 There is a tiny stream with yellow-hued water running through the caves. The colour is apparently due to the presence of sulphur. There is also a huge staircase built all the way to the top of the cave where there is another temple. The roof is full of bats and we had to watch out for bat droppings! We took a lot of pictures but our images we took could not justify the marvel that our eyes saw.

I feel you must visit this enchanting place to know what treasures in stored in the remote corners of our country. Today, as we look at all our pictures, we began to wonder if God was indeed an expert architect for making our earth so beautiful.

How to get there: There is a passenger train available from Visakhapatnam station as well as daily bus services to Araku Valley.
The ideal way to visit these caves would be to take the train from Vizag (leaves 6:50am) and reaches Borra Caves around 10:30am. The whole tour takes around two hours, if you are a brisk walker. You can finish the entire trip by 1:00pm and then have lunch at just outside the caves. There are some spectacular view points from which one can look down the Gosthani River. On my first visit the monsoon waters were gushing through the river; we trekked down to the river and had a whale of a time! However, the strenuous trek while returning is tough.

Fee: The cave entrance ticket is quite nominal. For a group of seven, the guide charges Rs.100.

Food: Outside the caves, there is the Andhra Pradesh Tourism restaurant, which is basic but good. There are restaurants in Araku valley as well where more variety can be found.

Lodging: There are numerous resorts available in Araku valley with good amenities.