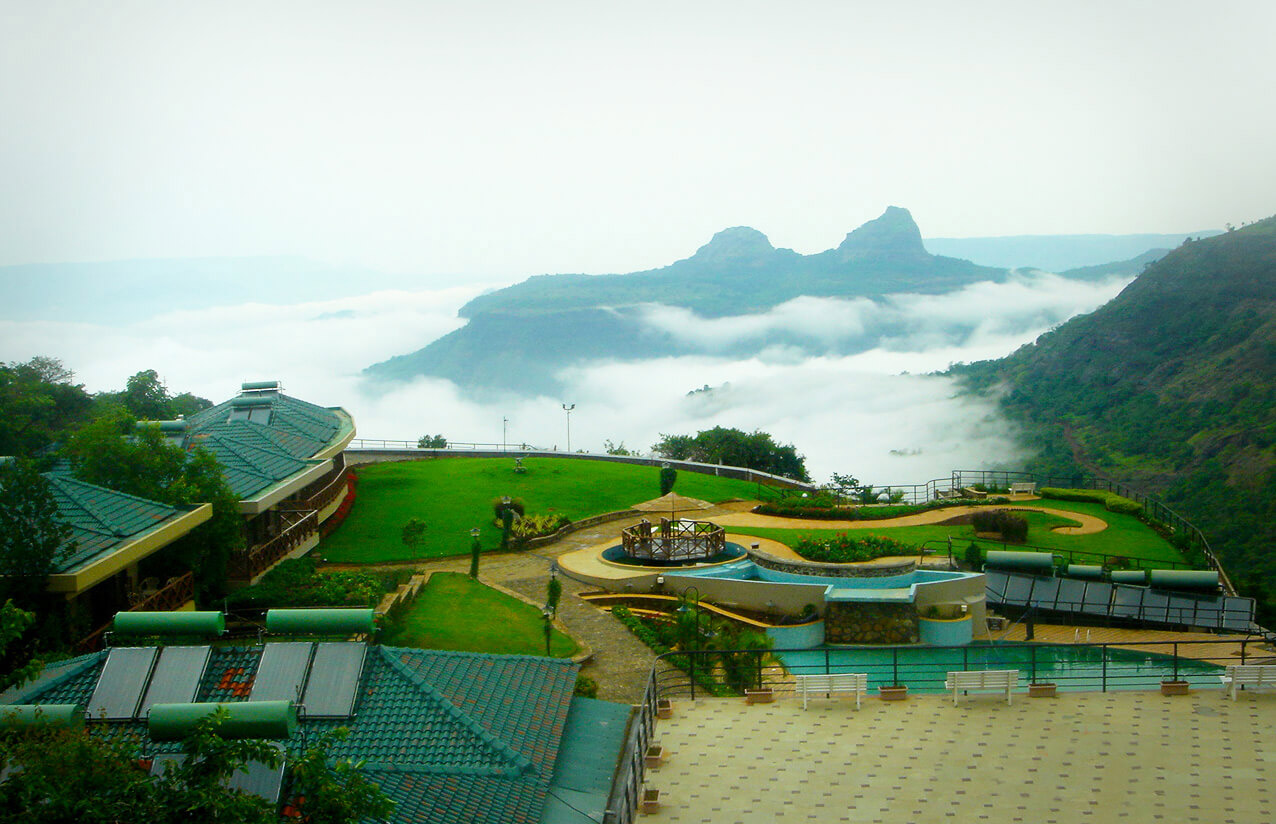 Waking up to a majestic window from where I can get a 360 degree view of the mountains, clouds which I can reach upto with the distance of my hand, and some beautiful greenery which is beyond earth, sounds more like a dream. Which is why Upper Deck Resort was a dream come alive as I opened the window with sleepy eyes, to a cup of hot coffee and some breakfast dosa and glared at the beautiful view before me. Away from all the commercialisation, at the topmost point in Lonavala, Upper Deck Resort was a retreat to every sense in my body.

As I walked barefoot on the green grass, the canopied shades, the stone brick flooring at the property, my thoughts wandered to the most important thing which I push out of my mind often – me. Thinking more about my decisions, my mind racing with new thoughts and transformational ideas, I felt like the vacation was doing wonders on me. I took time out for my hobbies like reading, listening to TED podcasts about people who were impacting the world and exploring a new Jazz playlist on Spotify. 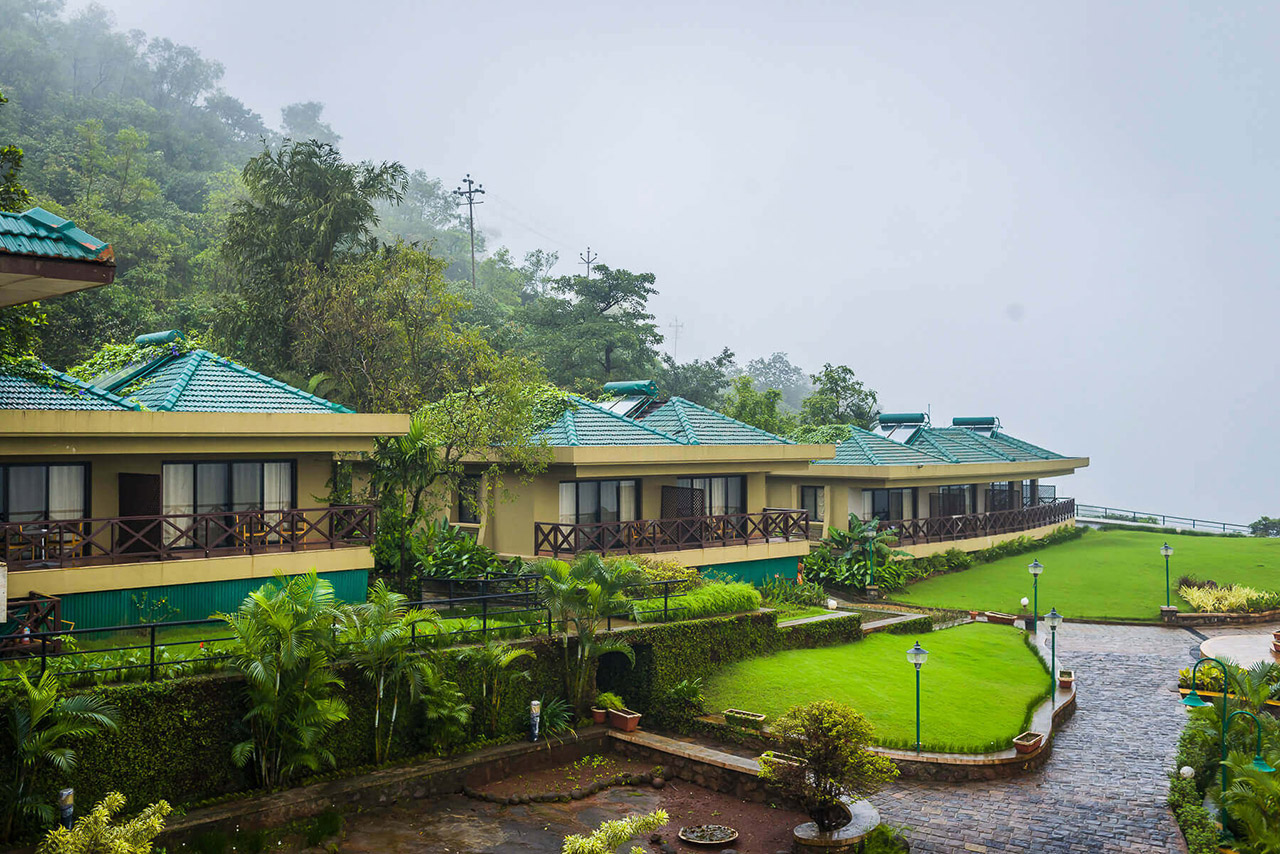 While taking time out for my own solitude, I also spent time with my family and reconnected with them. My grandmother felt rejuvenated by the mere sight of the hills around us, so much so, that she began posing on the viewing deck to get images for her new whatsapp display picture. I got the opportunity to make her go back to a Lonavala which existed during the times of her youth, as she fondly remembered, one which had no city vibe, no buildings or shops, limited people, just a clear and uninterrupted view of the mountains. 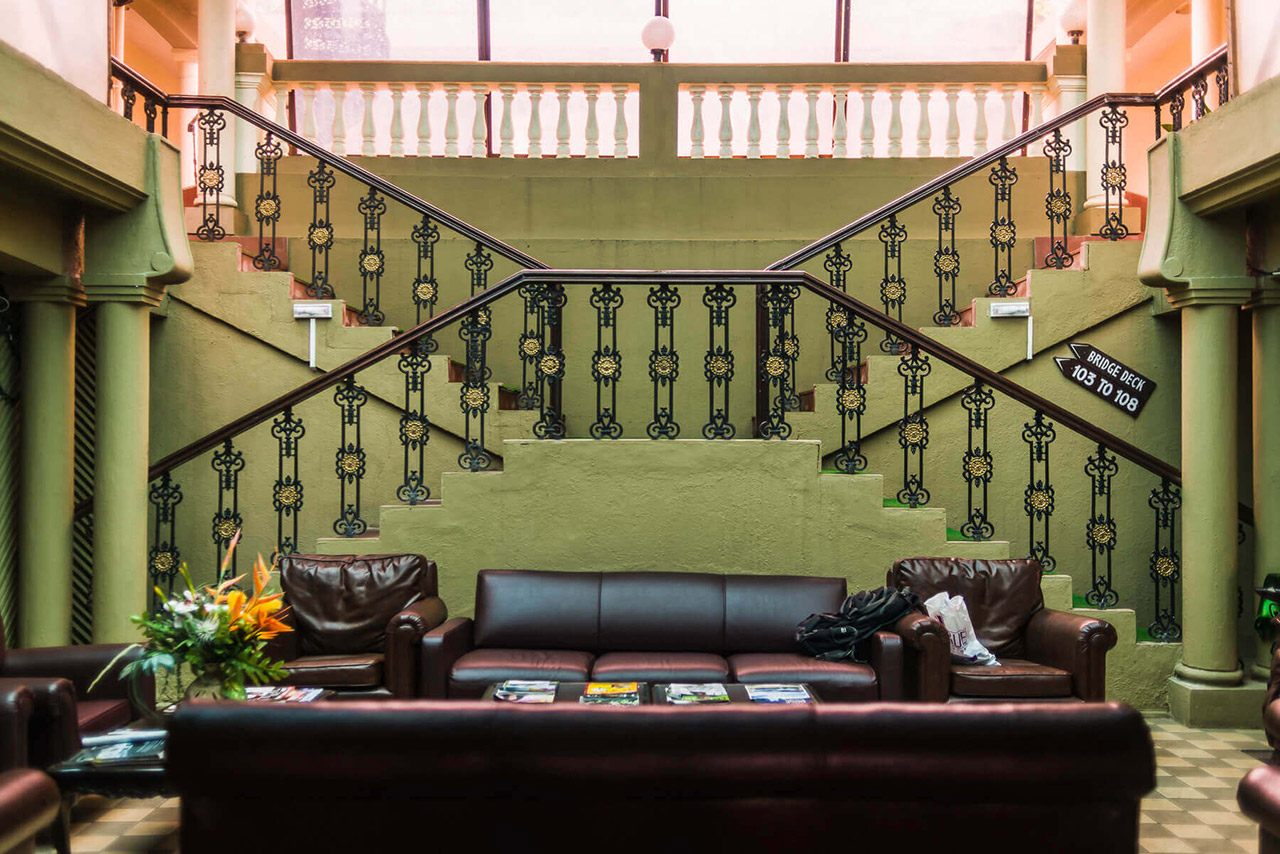 With my favourite book, “The Bandit Saints of Java”, I sat among the creeper covered architecture of the resort, on a seat created on the viewing deck, with a direct view of the mountains. Engrossed in an interesting part in the book where the author is exploring an offbeat area in Java and describing the intricate architecture of a bandit’s tomb, I realised it was time for lunch. 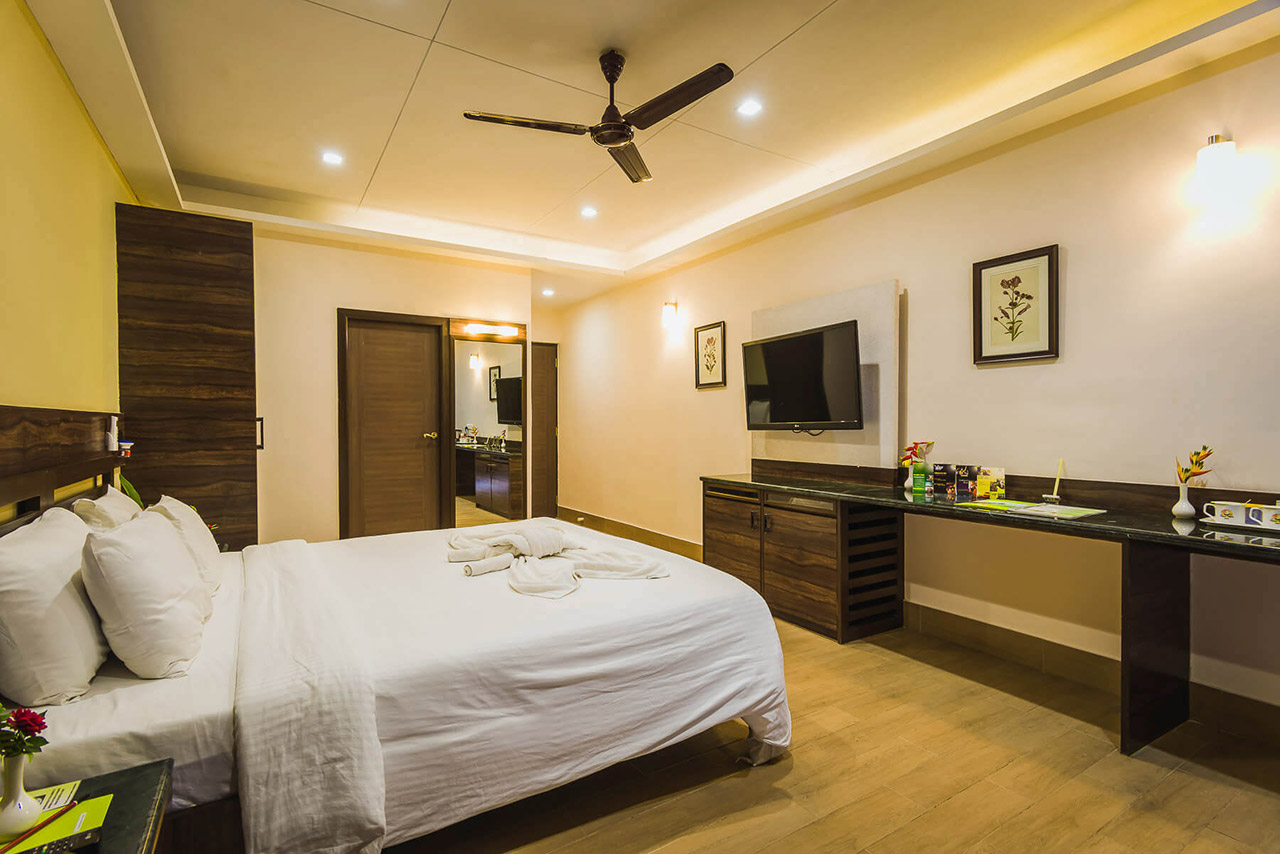 Finding my lunch spot at the very edge of the restaurant facing the panoramic view of the Sahyadri Hills and a lake in the valley of the hills, I enjoyed some tandoor baked cheese garlic naan, aloo jeera, hakka noodles, dal tadka and peanut salad. My lunch table also overlooked a small pond right below the restaurant area which had numerous ducks and fishes. Amidst nature, between the power of the mountains and mighty clouds, I had found myself a new spot of comfort which I could call home.

My love for trekking always takes me to new paths. At Upper Deck Resort itself, there was a small trekking part, overlooking the hills, which made me feel lost for sometime till I found my way again. Numerous flowers grew around the walking route and my camera made the walk even more fun. I was looking at everything from a photographer’s perspective and took multiple shots of the route. A particular image I took looks exactly like images of the Chandrashila Chopta trek in the Himalayas. To make things better, there was a romantic couple’s sitting area on the enthralling route, which faced the mystical lake surrounded by mountains. 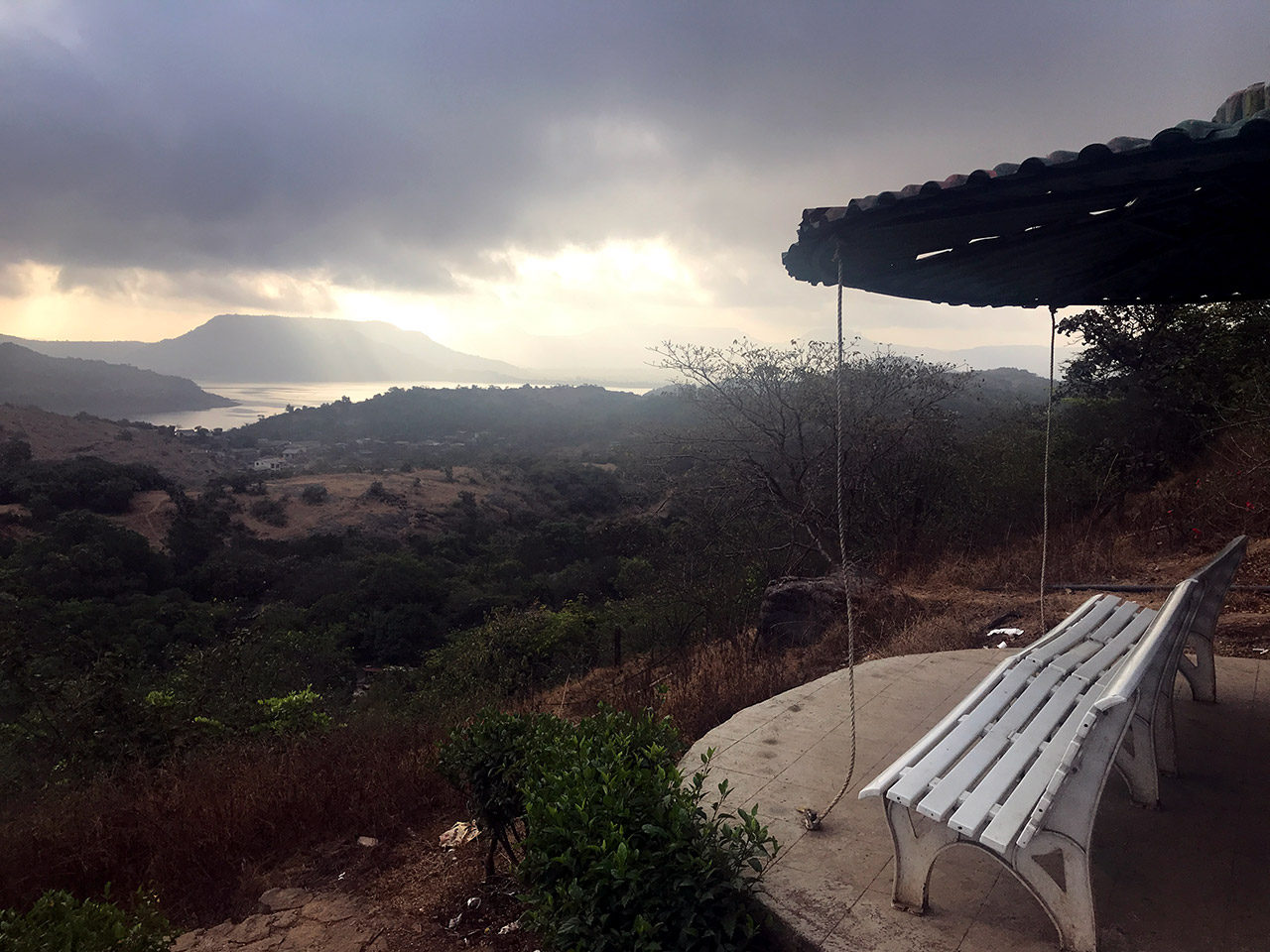 While at the property, what I liked most was hunting for a network like I have to on my treks to the Himalayas. Being at the very top of Lonavala, the property has limited network only in certain areas, which makes it disconnected to the rest of the world. Living at Upper Deck Resort was like living in my own bubble, without getting any emails from work or any calls which would get me thinking about anything back home. It was a true feeling of transcendence, like I had left all my worries behind before entering the vacation I deserved. 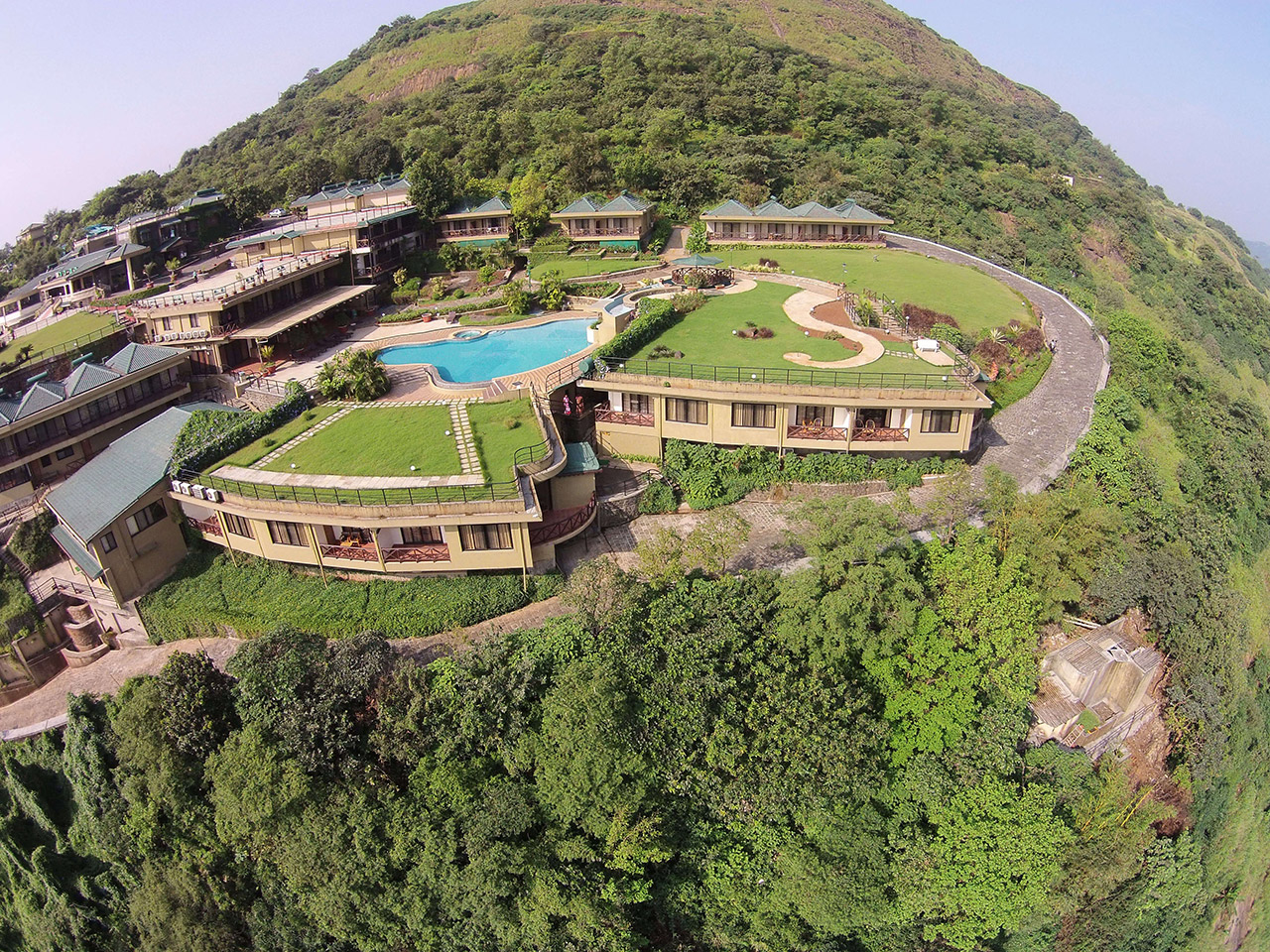 Taking in the sunset with my eyes closed, ready to feel every moment with my heart open, I spent time with my beloved ones. My family enjoyed the snacks, sitting together at the same table, catching up about life and discussing silly things, gossipping about our lives in the cities but mostly watching each other smile at taking satisfaction in the happiness of our loved ones. Upper Deck Resort with it’s 360 degree mountain view, stunning lush greenspaces, clouds descending over us, gave us memories which will last a lifetime.