Medical Volunteering in India Can Be Fun 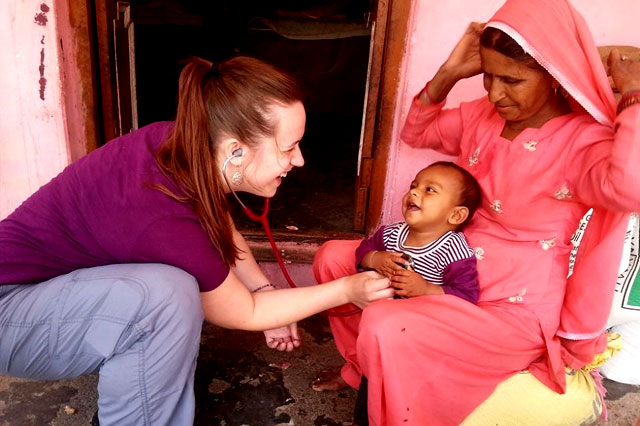 My tryst with India started as a medical volunteer. Just after I finished medical training, I went out to different parts of the world. India’s culture had always fascinated me. Not just the food and the weather, but the history and the mystic aura surrounding the country attracted me. So, why not visit India as a volunteer during the festive season. Volunteering is not always a serious affair. Some moments can bring a smile on your face. Now, that I am recollecting some of those incidents, I can promise you a hilarious read.

Indian festivities are a never-ending affair. Presence of multiple religious communities has made the nation a hub of festivals. Communal harmony is the magic word that runs the Indian culture. No wonder, Indians are always in a vibrant and jovial mood. I had decided to visit India during Diwali and work for a volunteer organization. Believe me or not, I experienced a truckload of funny events while volunteering in India. Check out the following to understand what I mean.

It is quite common for over-enthusiastic party mongers to drink like fish. Friends leaving the over-enthusiast and fleeing back to the party is also not uncommon. Now, comes the funny part. When I saw four young men leaving a sick partner in the hospital and scooting from the place, I got hold of them. I asked them to stay back for their friend and make sure that he sleeps till morning. I frightened them with a police case, if they dared to leave their spots. In fact, I went a step ahead to tell them that plain-clothes policemen were loitering around the hospital. The poor fellows had to stay back and let go off their raging party.

# A traveller drowns herself in a keg of alcohol

One of my senior doctors had once narrated the story of a girl who had drunk nothing but alcohol for three days. When she was rushed to the hospital, she was dehydrating. She could manage to ask only one thing, “How many bottles of alcohol does the entire nation need to stay hydrated? I have many.” The hospital staff had to give her 4 litres of water at a go.

# A volunteer takes monkeys out on a ride

A circus owner in India had once gone through this weird incident. While transporting two newly bought monkeys to the circus, his car broke down. Soon he noticed another car approaching and waved at the driver to stop his car. When the circus owner told about his problem, the latter volunteered to help. The owner was relieved and returned to the circus after repairing his car. However, on reaching the circus, he could not find the man or the monkeys. He was very worried and took out his car to see, if they were on their way. After driving for a mile or so, he noticed the good-hearted fellow driving his car with the monkeys at the back seat. The owner encountered the man who replied calmly, “When we came close to the circus the monkeys started acting restless. So, I decided to take them to the nearby forest!”

The festive time is a great time for receiving gifts. You can stay in the hospital or the local community centre when you are not volunteering. Later, when medical representatives and other people in the community see you during duty hours, they may as well give you presentations. Get ready for food, drinks and small tokens of affection.

# The man who went bankrupt while volunteering

I met a man at one of the old age homes who claimed to have become a pauper because of his over-passionate impetus to volunteer. Sad; but how can someone be so engrossed in volunteering that he forgets about his livelihood? Well, strange but true. There are some people who find great pleasure in giving, without thinking about their own means of sustenance. I don’t know if I should call them fools or philanthropist.

Since, my first visit; I have worked for volunteer organizations in India several times. But, I can certainly say that medical volunteering offers you numerous options to laugh your heart out. Have you volunteered as a medical intern? In that case you have missed loads of fun. Try volunteering at one of the clinics or hospitals in India and see what fun you have.

Author Bio –
Varun Verma is the proud owner of iSpiice based in Dharamsala, Himachal Pradesh, India, and has been unleashing his passion for volunteering and contributing to improve the lives of poor women and children across the country.