I often wonder what it must be like to witness the first Republic Day parade back in 1950. Yes, there are photographs of it that one can view anytime, but what I really would like to fathom is the extent of the emotions. The grandeur and sense of patriotism is usually high when one watches the Republic Day celebration parade every year. The preparation, the meticulous detailing and the national strength in terms of defense and cultures is visible on full display.

As a kid and also today as an adult, there is often a surge of a bond or connection with the motherland that comes to surface while watching a few sections in particular of the parade. The scenes at Amar Jawan Jyoti or the unfurling of the National Flag or the air show are some moments that can bring a feeling of national fervor. The Ashok Chakra, Kirti Chakra and other awards by the President sometimes makes one wonder if as a nation we were really worth the many sacrifices that soldiers and their families gave for the sake of sovereignty and safety. The cultural tableaus of each state are informative and colorful and remind us of our classic tenet, Unity in Diversity. Hence the Republic Day parade is a show of our might, team efforts, discipline, traditions, cultural aspects, bravery etc. But what is the significance of the day and why is it celebrated on 26th January. A little more on that.

History and significance of Republic Day

India gained independence on 15th August 1947. Under the British Commonwealth of Nations, India was an independent dominion but the British monarch was still the official head of the state. But it was after the constitution was officially implemented on 26th January 1950 that India truly became a democratic republic and federal state. The President was from then on the official head of state.

However, the drafting process of the constitution took a couple of years. Under the acumen of B R Ambedkar who was the chairman of the Drafting Committee the constitution of India was drafted and finally adopted on 26th November 1949. But the constitution came into effect all throughout the country on 26th January 1950. Dr. Rajendra Prasad became the first President of the nation and the Constituent Assembly henceforth became the Parliament of India.

But why was the day 26th January chosen as the day of adopting the constitution? There is a bit of history to this too.

On 31st December 1929, the tricolor was hoisted by Nehru on the banks of the River Ravi and the idea of ‘Purna Swaraj’ demanded. The date set for complete independence then was 26th January 1930. Since then the 26th of January has been celebrated as the ‘Purna Swaraj Diwas’. However, it took the nation another 17 years to achieve this goal, but it was befitting to implement and celebrate the Republic of India on 26th January, the date that was set by the leaders more than a decade back.

In fact, according to historian Ramachandra Guha, freedom came on a day ‘that resonated with imperial pride rather than national sentiment.’ This was because the British chose 15th of August as it coincided with the anniversary of the Japanese submitting in World War II to the allied forces. But on the adoption of the constitution in 1949 many believed that the document should be celebrated on a day that had national significance.

The first Republic Day was celebrated on 26th January 1950. The parade was held at the Irwin Amphitheater that was later renamed to Major Dhyan Chand Stadium. The parade however, went on till Red Fort. The Chief Guest to grace the occasion was the President of Indonesia Sukarno. The parade included marching bands and various performances.

Though we see the parade every year, not many of us are aware of some of the detailing, minutest planning and traditions that are a part of the Republic Day celebrations. Here is taking a look at some of the most interesting facts.

Though the Republic Day parade and celebrations on the 26th of January are the main highlight and attraction of the day, the Beating Retreat ceremony definitely holds its own charm.

It marks the official end of the Republic Day celebrations and is conducted in the evening of 29th January. The bands of the three wings of each military wing – the Indian Army, Indian Navy and Indian Air Force perform the ceremony. From 2016 onwards bands from the Central Armed Police Forces and Delhi Police also participate.

The Beating Retreat takes place at Raisina Hills and the adjacent Vijay Chowk surrounded by the North and South Blocks and the Rashtrapati Bhavan at the end of Rajpath.

The first Beating Retreat ceremony took place in 1950 where Queen Elizabeth II and Prince Philip visited India for the first time after independence. However, the Chief Guest of the ceremony is the President of India. The ceremony begins with the arrival of the President amongst the sounds of the trumpets. The National Anthem and unfurling of the flag follows the National salute. There are also popular marching tunes that are played in the ceremony. The last tune is however; ‘Abide With Me’ and the bugle call at sunset is when all the flags are brought down slowly. The ceremony is closed and the bands march back playing the famous Saare Jahan Se Achha. As the President leaves the National anthem is played once again and the President receives the last or final salute by PBG or President’s Bodyguard. 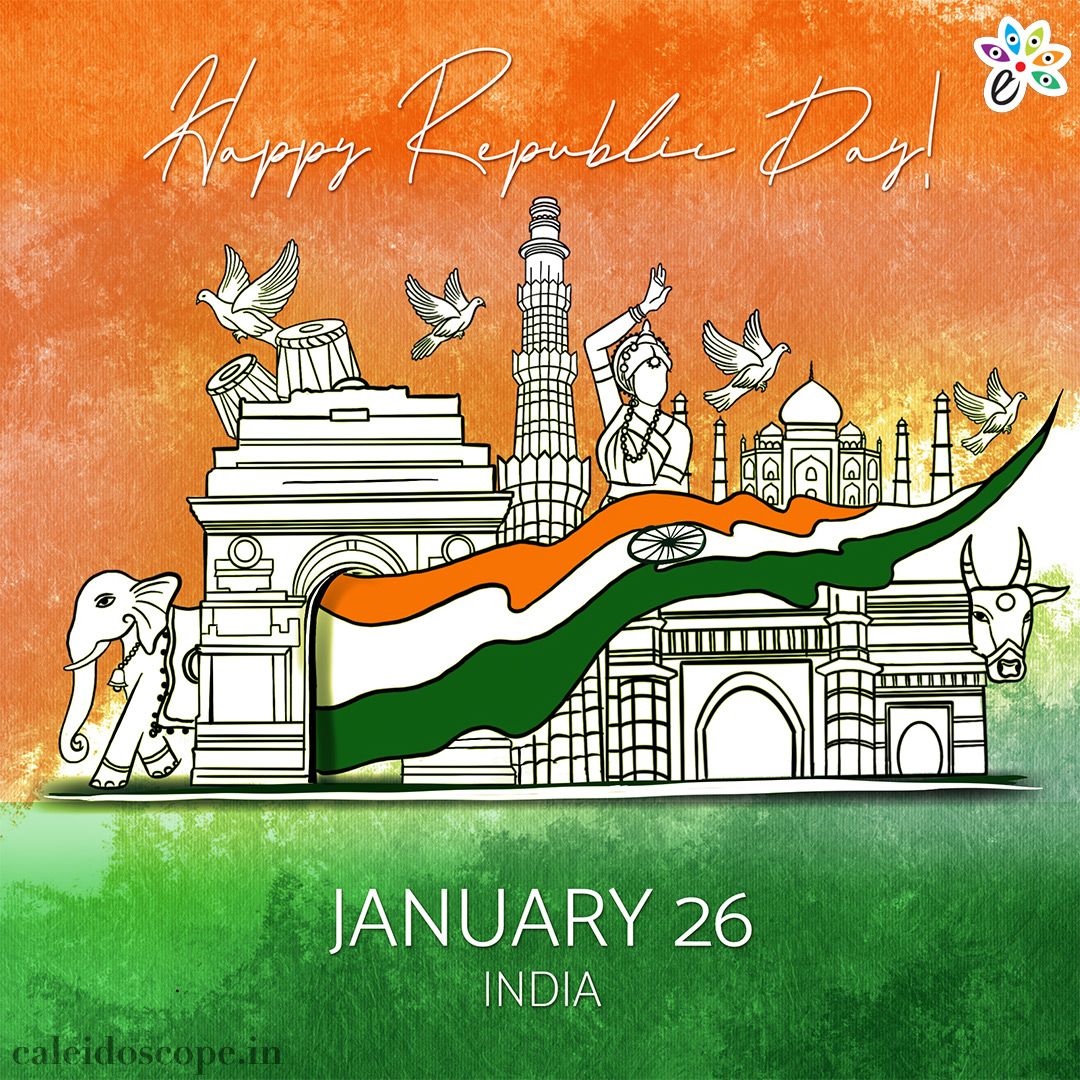 The Republic Day celebrations are, of course, the most prominent in Delhi. However, parades and celebrations are held across the states. The Chief Ministers and ministers of different states attend the parade in their respective cities.

The grandeur of Republic Day reminds of the military and cultural prowess of the nation. For a country that fought hard for complete freedom, the Republic Day festivities are a befitting way to celebrate the momentous occasion. It not only is a way to showcase the country’s capability to the world. But also a medium for the citizens of the nation to understand the importance of our constitution. It took over two years to draft the fundamental document that acts as the bedrock of our rights and liberties. And hence, underneath the display of opulence and might, lies the foundation of what every Indian, whether as a citizen or government, needs to hold very dear and close to their hearts.