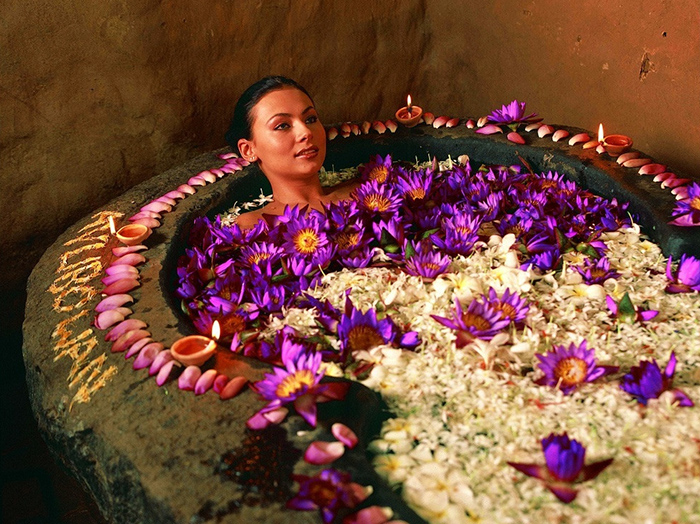 Ayurveda has been in the news for both the right and the wrong reasons. While the right-wing NDA government has been eager to promote an Indian stream of medicine by setting up the Ministry of Ayush – Ayurveda, Siddha and Unani & Homoeopathy, the Indian Medical Association has been loggerheads with such alternative medical practitioners, barring them from practicing modern medicine even after training.

Ayurveda in Sanskrit means ‘science of longevity’, where ‘ayur’ stands for life and ‘veda’ means knowledge. Ayurveda is defined as “the traditional Hindu system of medicine that is based on the idea of balance in bodily systems and uses diet, herbal treatment, and yogic breathing (incorporated in Atharva Veda, the last of the four Vedas).”

This traditional practice dates back to 3,000 years, where the treatment works on principles based on the interaction of five basic elements (water, earth, fire, air and ether) with the human body. The Ayurvedic philosophy contends that body, mind and soul are connected to the outer world, and health problems arise when this relationship tips off the balance.

Despite Ayurveda being inherently intertwined with the Indian culture, various misconceptions have deprived its extensive outreach in the country. Numerous possibilities of deploying the Ayurveda in modern day aspects have not been explored properly. Further, the rapid modernization occurring in all aspects of Indian culture has challenged the traditional portraiture of Ayurveda. While the western world has rediscovered this ancient and holistic system of medicine, why is Ayurveda losing its credibility in India?

“Not exactly,” says Dr. T.Uday Kiran, infertility and Ksharasutra specialist, the chief consultant in Vijayadurga Multispecialty Ayurveda Hospital. “Although the number of patients opting for Ayurvedic treatment is reducing, people have not lost the belief in this holistic treatment which has acquired its own uniqueness” he explains. But then, why are the numbers not equating to modern day treatment?
Dr. T.Uday Kiran states the answer lies in the myths and delusions that are entrenched deeply within the Indian psyche. Working towards correcting these preconceived notions serves as a fillip for its large scale adoption. Here are the typical misconceptions that dissuade people from taking Ayurvedic treatment:

Ayurveda is just another treatment

People believe that Ayurveda is the last option, which is considered only after facing a series of failures in trying out other forms of medicine. Since it gets to the root level to cure a disease or bring balance, it must be approached at the very onset of a disease. Further, Ayurveda isn’t analogous to Allopathy or Homeopathy, but is purely a lifestyle. Ayurveda supports positive health through a blend of healthy food choices, ample exercise, adequate sleep and medicine.

Ayurveda is a slow cure process

Another prominent notion is that Ayurveda cures quite slowly. The slow cure concept surfaces due to the principle of Ayurveda being fundamentally different from modern medicine’s concept and approach. Present day treatments usually work by palliating symptoms. On the other hand, Ayurveda diagnoses the root cause of a disease and takes time to uproots it entirely, which make the process time consuming.

Ayurveda is not a scientific system of medicine

“Ayurvedic medicines are self-prescribable and harmless was my first thought until my consultant explained that their improper use can be hazardous resulting in side effects like acidity, aches, faintness, etc.,” elaborates Aisha Agarwal, who is undergoing leech therapy treatment for skin diseases.
The erroneous thought that Ayurveda involves homemade practices and not clinically tested medicines leads to such conceptions. In fact, Ayurveda is in par with the latest medical research theories and is scientifically proven and backed by medical stream. Due to the individuality, two people with same disease but different dosha patterns require to be treated differently. So, prescription of a qualified practitioner is highly important to address the cure of the disease and its ailments.

Ayurveda is difficult to comprehend 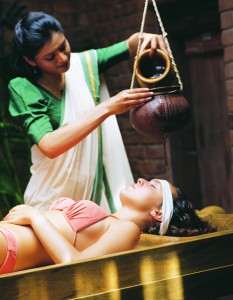 Acharya Venkata Subramanya Charulu, who has been working in the field of Ayurveda since decades, states that “There is absolutely nothing that is more simpler, easier and natural than Ayurveda. The fundamental concept of Ayurveda is not about Sanskrit jargon… it is about understanding the basic concepts like what is wet, what is dry, what is hot, what is cold, what is heavy, what is light and so on and so forth. But what is forgotten is the fact that the science of Ayurveda starts from our own kitchen. There are several home remedies to cure almost all ailments. If we learn how to effectively use common herbs like turmeric, ginger, cumin and mustard, then we can prevent dreadful diseases at an early stage.”

Ayurveda is a herbal therapy

Ayurveda is perceived to be a herbal-centric treatment, but in truth it uses various ingredients such as milk, ghee, butter, honey, molasses, sesame oil, rock salts, minerals, ashes, etc. However, natural ingredients do play a predominant role in the treatment and manufacturing of medicines. As one imagines, Ayurveda is not a vegan therapy either, for this involves usage of animal products such as milk, gallstones and bones in treatments.

Some Ayurvedic drugs contain heavy metals that cause toxic effects. It is true that heavy metals such as mercury, lead etc are added to certain Ayurvedic medicine. If the medicines are correctly prepared as laid down in the texts, these metals will not cause any harm. According to Charaka Samhita, the original scripture written by Ayurveda’s founding guru, “Even a strong poison can become an excellent medicine if administrated properly; on the other hand, even the most useful medicine can act like a poison if handled incorrectly.” Ayurvedic gurus were well aware of the toxic effects of heavy metals. Allopathic drugs such as high potency antibiotics and steroids have similar harmful side effects, but are prescribed to save lives because the advantages are better than the disadvantages.

Other prominent myths about Ayurveda

Nevertheless, my own tryst with Ayurveda has not been positive. However, its principles have yielded amazing results for complete believers. Supporting the healing power of Ayurveda, Rajesh Sharma claims “I witnessed drastic change in my health after a prolonged Panchakarma therapy. This multi-step detoxification regimen includes massage, steam treatment, vamana (induced vomiting), virechana (herbal and oil-based laxatives) and basti (medicated enema), bloodletting, and nasya (a nasal treatment) along with a strict dietary regimen, a rejuvenating therapy, and recommendations for daily routine.”

The Indian government needs to take initiatives for promoting Ayurveda and preventing piracy of country’s traditional medical knowledge is the need of the hour. The usage of modern techniques to impart the Ayurvedic treatment along with sensitizing people on the facts and benefits of Ayurveda invariably helps in replenishing the lost harmony with India’s cultural holistic wellness icon. Building awareness among people regarding these myths will acts as a stimulus for persuading them to take up Ayurveda medication and in turn strengthens the Ayurveda’s stand in India.