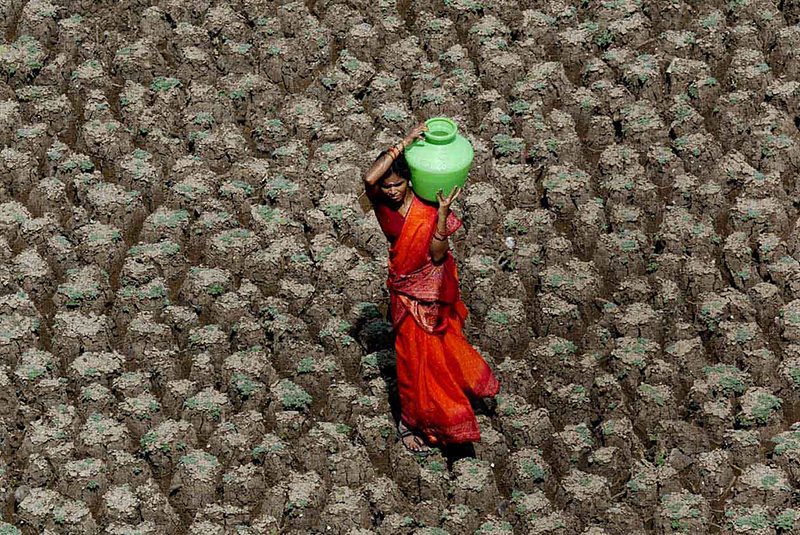 “You’re a girl, you have to learn to keep your voice low”, said my grandmother, when I spoke at home and tried to reason out that just because I am a girl, I don’t have a separate set of regulations to live my life. And then came the line from my grandmother, which I am sure every girl who has entered adolescence would have heard; that we have to leave behind our own house and enter another house after marriage and such behaviour would not be accepted there. I just sat there wondering, does being a girl make me any less than a man? I always thought that male and female were two equal creations of God. But, probably that’s not how people in India understood the difference in the sexes.

This in a small way sums up the mindset with which girls are brought up in India. They are subjugated to men and made to feel that it’s the right way to behave. The stress on a different set of rules is so strong that to break off from it and fight against it is a tough matter. The social hierarchy prevalent in India in terms of caste, gender, age, roles etc., has had a strong hold over society and women in India for centuries. The most striking feature of feminism in India is that it was initiated by men and women joined the fray only in end of the 20th century.

Feminism is closely associated with terms like identity, woman empowerment, equality etc. And if we look at the way Indian society is structured, we would realize that women in general did not question their situation because they never realized there was something amiss. In that sense, western feminism was concerned mainly with the needs of women in the West; it was essentially about winning the same rights for women as they existed for men, and then activating the means for those rights to be utilized.

Rita Banerji, an author, photographer and gender activist differentiates the interpretation of feminism in India and the West, with two unique factors – one, that it rejects the notion of deep rooted, tradition encouraged gender hierarchy, defined and exploited by men in the Indian society. And two, it does not ascribe the appalling state of women in India who continue to silently tolerate the patriarchal oppression, and hence sees no reason to rebel against it. While these factors might seem oddly perplexing to western feminists, there is within Indian feminism a rationalization of these outlooks.

Another proclaimed feminist writer, Sarojini Sahoo, pointed out in one of her interviews that in the ancient Vedic period India had equal rights for men and women. But, the later Vedic period created the discrimination and polarized both the sexes. Males dominated the females and treated them similar to how lower castes were treated. 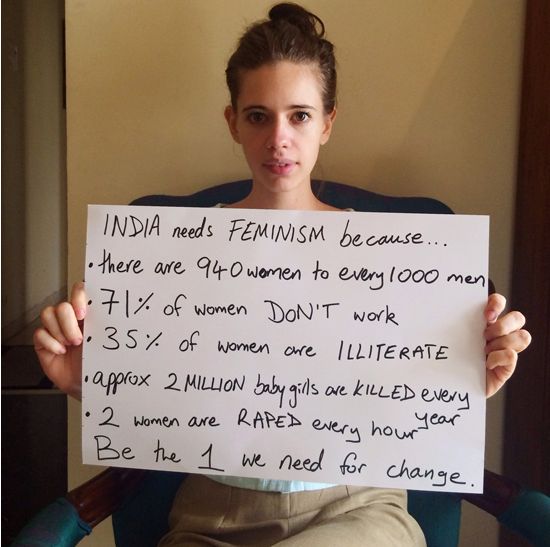 Having understood feminism in the Indian context, we may wonder why at all, India needs Feminism? The answer to this is clear. When there exists extreme oppression and male dominance in almost every industry, and women in the country have their self-respect and dignity at stake, both mentally and physically, then feminism, which demands for an equal status of both the sexes, is the only solution.

I would like to quote an example from the Indian media itself, when Bollywood stars like Salman Khan or Akshay Kumar demand for higher remuneration for their roles in a film or an appearance in any public event, it is covered showing their star power, whereas when actresses like Priyanka Chopra or Kangana Ranaut demand fees on par with their male counterparts, it is covered showing the rebellious attitudes, and not as a fight for equal status.

“It’s simply risky to be a woman at all”, argues Kavita Krishnan, Secretary of the All India Progressive Women’s Association, in the wake of the recent Uber rape case. She adds, “Blaming the survivor of an act of violence has become another brick in the wall of ‘protective’ boundaries that imprison women rather than open up safe spaces”, after seeing messages that blamed the victim to be responsible for being raped. Not just the Uber rape, but many other rape cases in the recent past has made all the big wigs, god men of the society to spill out few illogical views.

Even today, unwed mothers, separated, single or unfaithful women are considered outcasts. Living out of wedlock with a partner is still virtually unheard of. An unmarried daughter is seen as a spinster even in her late twenties who brings shame upon her parents, and is a burden. But once married, she is considered the property of her in-laws, spoke Sarojini Sahoo in an interview.

Women are not born weak. They are purposely made that way, and taught to be voiceless by the society. “Victims of violence, be it race, religion or gender based violence, are NOT inherently weak, but are weakened by constant social battering”, claims eminent feminist writer Rita Banerji. So she believes raising strong daughters is the virtue to offset the very social and cultural conditioning and values that are meant to rob women of their strengths and potentials as individuals. Parents have to consciously provide their daughters with an environment where they can realize and proudly assume their powers in full. And are able to let “their strong woman within” shine through, Ms. Banerji believes.

Thus feminism in the Indian context should not be confined to the struggle between men and women only. Their emancipation involves breaking away from the clutches of social mores. There are many social institutions and practices that act as barriers and need to be crossed.
So the next time, you say ‘Ladies First’ and give women priority, remember she does not require that; she requires opportunities equal to yours, justice similar to yours, and a LIFE just like you live!