Anklets in Indian Culture – The Art and Science Behind Wearing It 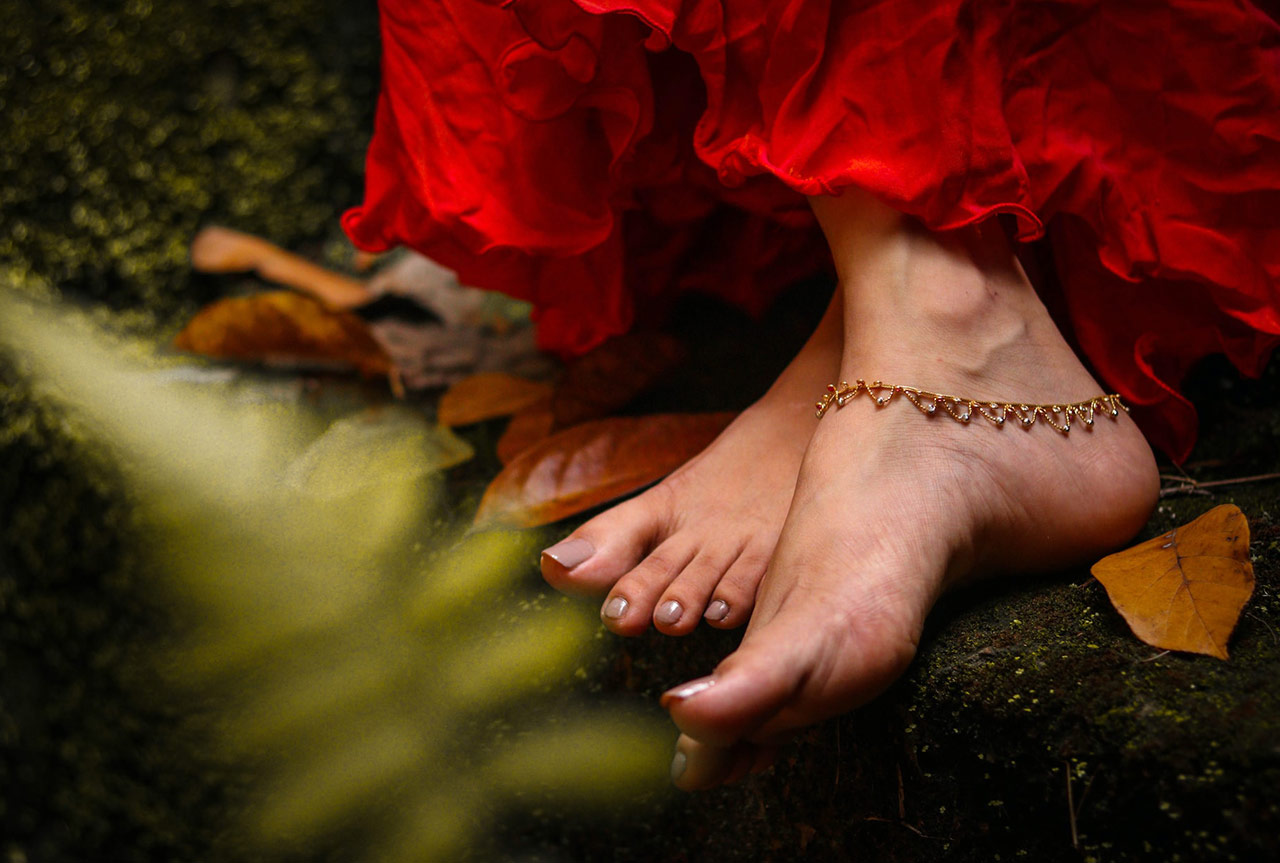 While it may be easier to put on a few rings or a lovely hanging bracelet, more fashion-forward people may choose an anklet. Many people, however, are confused about the initial step to take, or even if the anklet should be worn on a specific side. What exactly does it mean when someone claims they are “anklet-less”? If you’re just getting started with this new sort of item, anklet etiquette may appear intimidating, but there’s actually not much to it.

Anklets are bracelets that dangle from the ankle and are widely worn all over the world. This type of jewellery is among the oldest, and it has come to represent a variety of things over time, depending on the country in which it is worn. 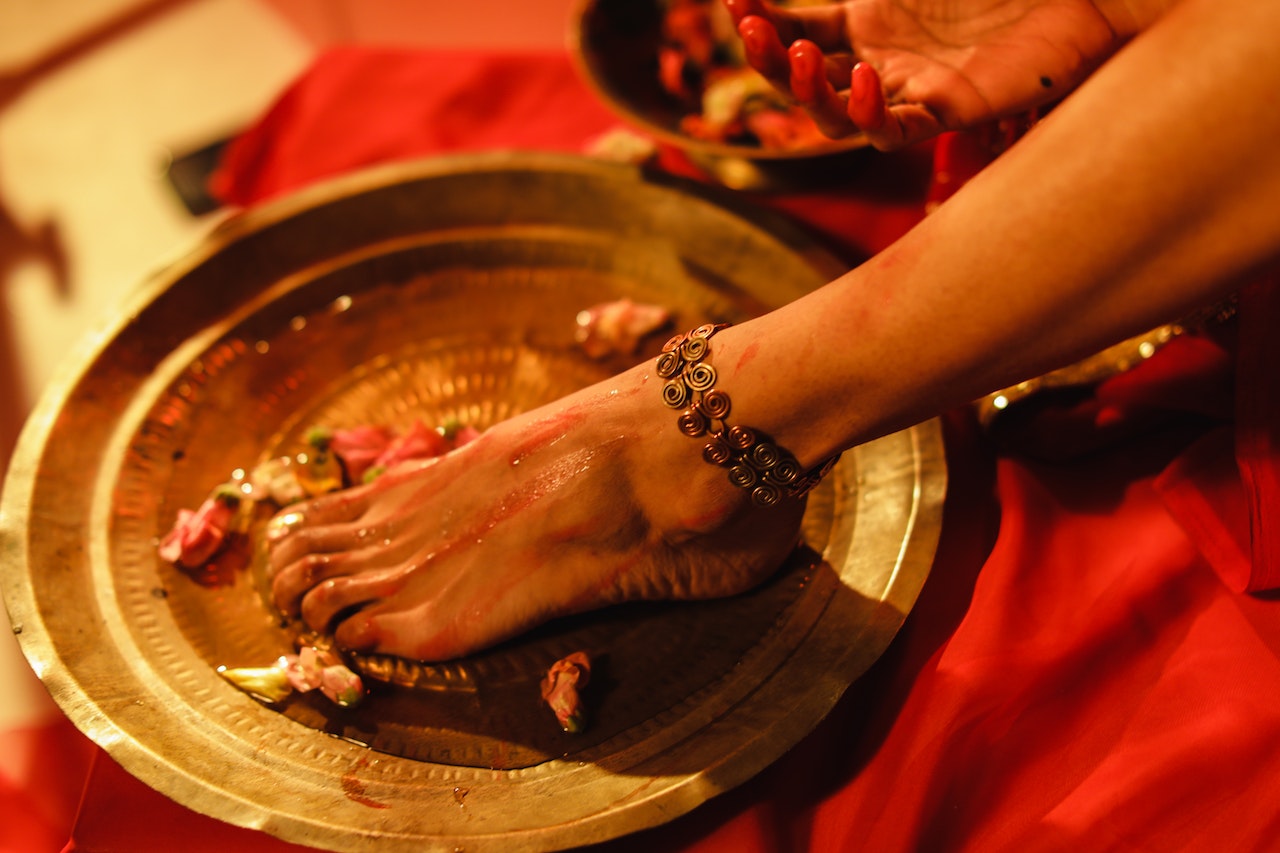 While the anklet has no distinct identity in the West other than being a trendy item of jewellery, it is a significant emblem in India, where anklets have actually been worn for generations. Anklets are an important aspect of Indian women’s ornamentation. They have immense spiritual and social value and are also called as ‘payal.’ Anklets were worn in Mehrgarh throughout the Neolithic and Chalcolithic eras. According to Jhon Marshall, the dancing female statue is decked with armlets, bangles, and anklets. Silappatikaram (The Story of the Anklet), a Tamil epic from the first century CE, told the story of a woman whose husband was slain while attempting to sell one of her ruby anklets to a dishonest jeweller. The poem goes into great length about the anklets. Though they have been discovered in other ancient societies such as Egypt and the Middle East, Indian anklets have received special attention — so much so that they are being recreated all over the world!

Hindu women in India follow several customs, and each item of jewellery they wear has meaning and importance. In terms of anklets, they have been worn by many ladies of different religions. Anklets have been worn by ladies for many years. Anklets gave women respect in the home, and married ladies wore them the most. During the king’s reign, women wore hefty anklets made of gold or silver. Aside from being worn by ordinary women, anklets are widely used in classical dance forms such as Barathanatiyam. Anklets have different names in each language.

Types of Anklets – Medieval to Modern

Anklets were originally made of silver since gold was considered the god’s metal and should not be touched by the feet. From lifestyle to fashion, everything has developed as the world around us has embraced the modern period. The jewellery business has also made the greatest use of ideas and resources to create one-of-a-kind jewellery that fits people’s present lifestyles. Because silver keeps the body cool, anklets are also made of it. It regulates the body’s temperature. Payal is associated with the spiritual belief that if a woman’s health is poor, wearing her anklet will improve her health. Anklets are considered very important after marriage because they provide women with positive energy.

The following are the various types of anklets to be aware of:

Beaded anklets are popular right now. Even young girls enjoy wearing brightly coloured beaded anklets made of wood or other materials. They are made of stretchy material and are easy to wear. Many people prefer to wear tiny beaded anklets. 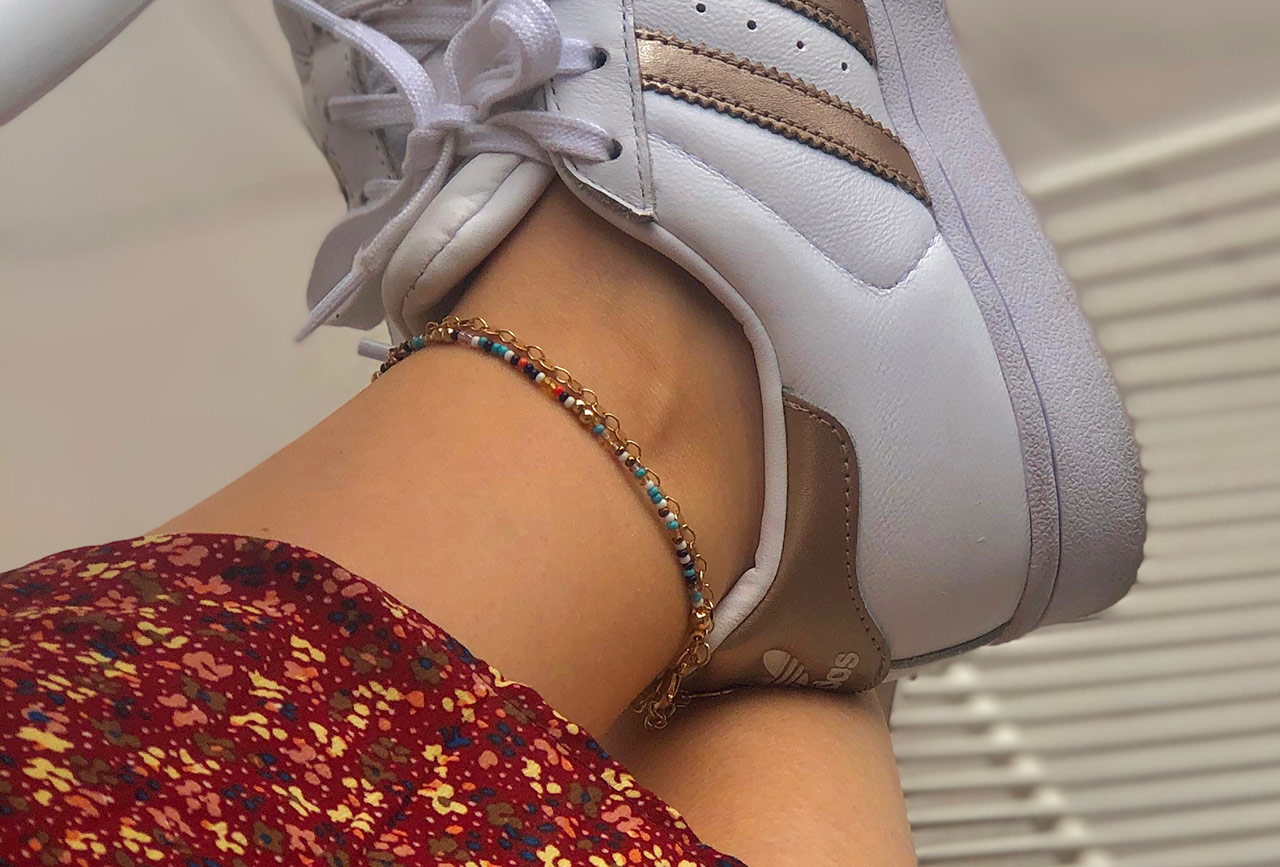 Charm anklets, which are popular in both Indian and Western cultures, are also worn on one leg. You’ve probably heard of charm bracelets, which have been popular for a long time. Charm anklets of the same design are worn by numerous ladies for various reasons. The nicest aspect about wearing a charm anklet is that it may be worn with as few or as many charms as desired.

Silver anklets are the oldest of all anklets and are preferred by women of all ages. The earliest style of silver anklets included tiny bells that made noise, and it was believed that they should remind house members of a woman’s presence and pay respect to her. As modern women have begun to work in offices, they prefer to wear basic silver anklets.

If you like bright colors, try wearing gemstone anklets. In India, however, wearing gemstones in any form has different meanings. Because there are various types of gemstones, each one has a specific one that matches the energy.

When it comes to anklets, silver is typically the first pick. It not only enhances appearance but also offers a plethora of health advantages when used. Anklets account for around 34% of the overall silver market. As Indians, we are all infatuated with gold, however anklets made of the yellow metal are never worn on the feet. As a result, anklets and toe rings are totally composed of silver. Silver is related to the moon, according to Indian ancient astrologers. Silver is a symbol of wealth since it is thought to have been formed from Lord Shiva’s eyes. Whoever wears silver is said to be blessed with fortune according to traditions.

Importance and Benefits of Wearing Anklets

While anklets are particularly important in Indian culture, the ornament is also prominent in Egypt and the Middle East. This is due to the fact that it provides benefits in areas other than beauty and health.

Silver is a reactive metal that reflects and reverts the body’s energy. Most of our energies leave our bodies through our hands and feet, and metals such as silver and bronze function as a barrier, allowing the energy to circulate back into our bodies. This contributes to increased optimism and enthusiasm. According to Ayurveda and current science, silver responds well with Earth energy, but gold reacts well with the energy and aura of the body. As a result, silver is utilized to embellish the ankles and toes, whereas gold is used to adorn the upper body. It is often assumed that by wearing a payal, one’s energy is not squandered but rather re-vibrated back to the body. This is because, according to Hindu mythology, our feet and hands continually emit energy. Precious metals are supposed to block the discharge of this energy and to protect the individual from unfavorable situations.

Throughout history, silver has been recognised for its antimicrobial qualities. When sailors used to travel on long voyages thousands of years ago, they would bring silver coins with them and rest those coins in their bottles of water. They drank the silver-infused water because it was a good disinfectant. Silver ions destroy bacterial sheaths, which is one of the main reasons why women in tier 2 and 3 cities buy silver anklets. 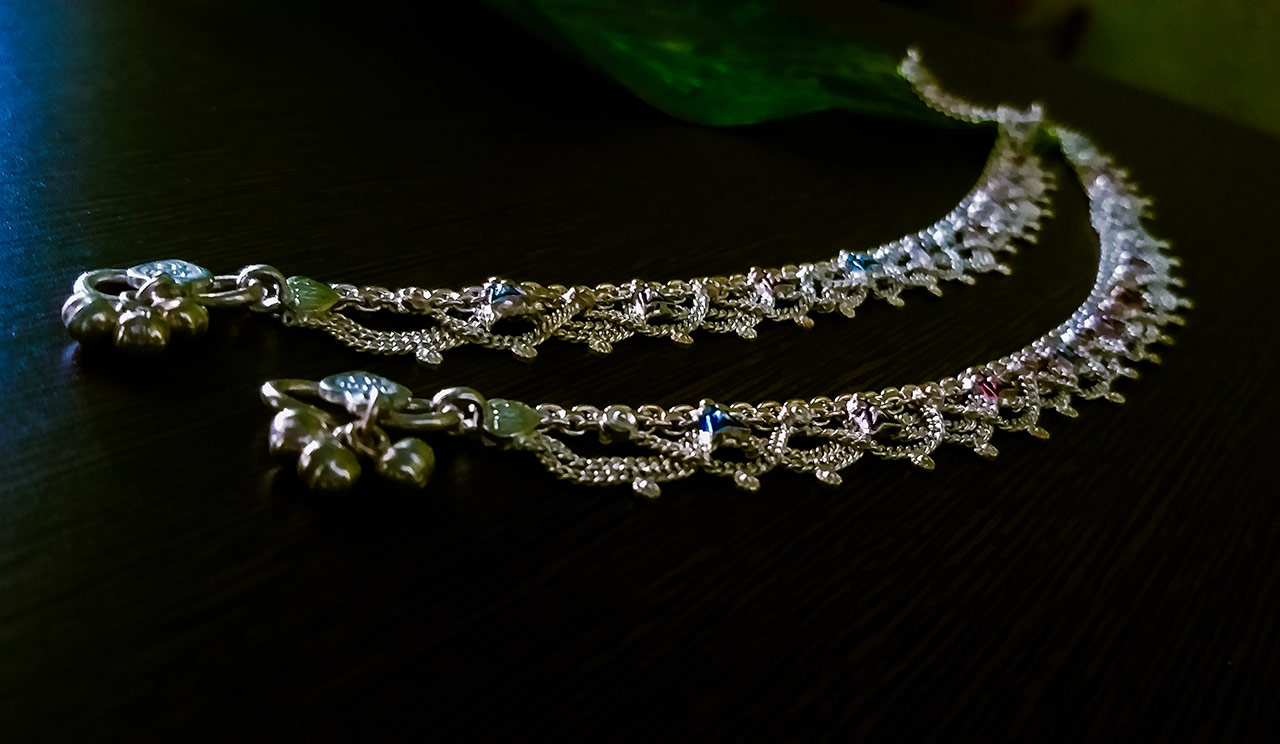 Furthermore, women were known to spend a significant amount of time standing in the kitchen and performing home duties. They frequently had swollen or sore feet. The pain radiates from the lower back spine down to the legs. Silver improves blood circulation, and because it is on our feet, the foundation of our bodies, it keeps our legs strong.

Aside from these advantages, ongoing research shows that silver boosts immunity and balances hormonal levels. This is one of the reasons why married women in our country wear silver anklets; it keeps the uterus healthy, strengthens the reproductive process, and relieves menstrual cramps.

Each ornament in Hindu culture has a sacred meaning behind it. Wearing anklets is a sign of good fortune for her spouse and family. Wearing anklets is thought to bring optimism into the home, warding off all bad energy. The sound of knuckles in the anklet, according to the scripture, resists harmful energies. Aside from that, it activates heavenly forces that safeguard the woman from evil gaze. Anklets bring wealth and prosperity to the home.The melodious sound made by the anklets when walking fills the air with vivid energy, and the beautiful ringing of little bells linked to it draws everyone’s attention to the woman’s feet and her magnificent decoration.

Wearing an anklet has always carried considerable symbolism, but today’s wearer picks the style depending on their own personality and taste. Every day, new anklet styles and sorts emerge, and each one is more magnificent and lovely than the previous item.