Today Karnataka celebrates the day of its state formation, “Kannada Rajyothsava”. While Kannada language provides a unified medium of communication across the state, there is a notable diversity in its regions. The state was formed in 1956 after the linguistic reorganisation of various Indian states, when various Kannada speaking regions were brought together. Having been ruled by different rulers, these regions have their own distinct culture, cuisine, dress and dialects. For example, North Karnataka has a strong Marathi influence on its dialect. However, many are still not satisfied with the  linguistic reorganisation. Belgaum remains a contentious issue between Karnataka and Maharashtra. Similarly, the Tulu and Konkani speaking coastal regions of Mangalore and Karwar now came into Karnataka, while Kannada speaking Kasargod went to Kerala. This infographic tries to depict the cultural divisions among the regions of Karnataka – 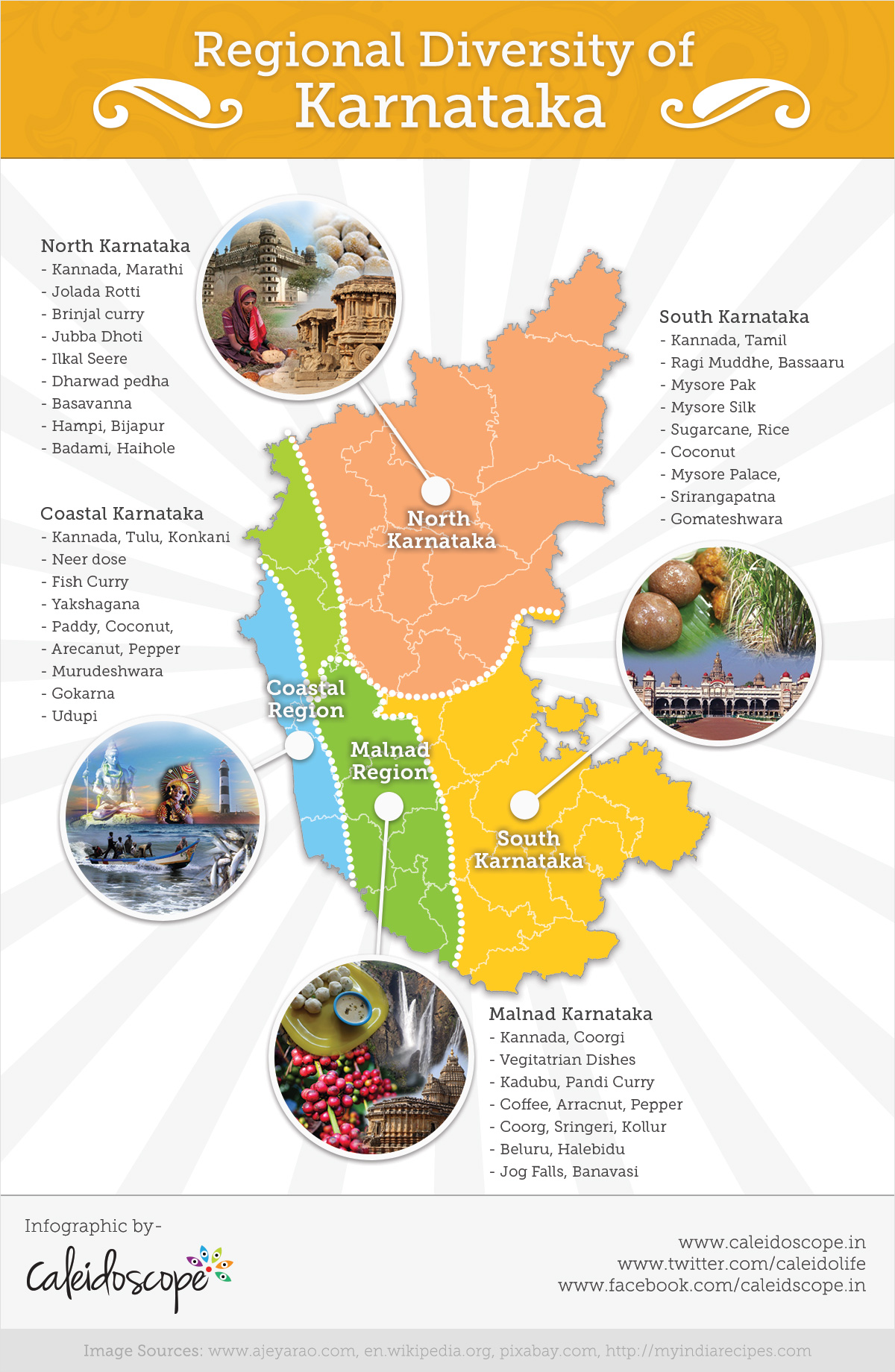